"Shades of Deep Purple" is the first official full length album released by the British Rock band "Deep Purple". The sound of their first album is psychedelic and progressive rock as was this sound in Great Britain during the late 1960s.

Transcript of the Liner Notes:

"The combined talents of five young men are here extended to create realms of musical colour such as have never been heard before on record in `Shades Of Deep Purple'." — So read the original, endearingly naive, sleeve notes on the first edition of this album, issued on Parlophone way back in September 1968. Now, almost a decade on, it's interesting to look back on and listen once again to Deep Purple's premier platter. Although 'progressive' at the time of its release, today 'Shades Of' sounds raw, basic and extremely formative. But, all the same, its entertainment value has not diminished one bit over the years.

This LP features the familiar musical triangle of Ritchie Blackmore (guitar, ex-Screamin' Lord Sutch's Savages and Mike Berry And The Outlaws), Jon Lord (organ, fresh from the Artwoods) and Ian Paice (drums, late of Georgie And The Rave Ons, would you believe), as well as two lesser-known Purple members, vocalist Rod Evans and bassist Nic Simper. A band 'formed almost overnight from handpicked musicians', great things were expected of Deep Purple. And they achieved success beyond anyone's wildest dreams — 'Shades Of' acting as the springboard from which they launched themselves into super-stardom. The album contains both original Deep Purple compositions and cover versions of other people's songs — which, funnily enough, seem to succeed best of all.

The band's interpretation of Billy Joe Royal's 'Hush', also recorded by Joe South, is probably the LP's outstanding cut, being well-balanced, nicely dramatic, Jon Lord shining above the rest of the band, contributing some fierce organ work. In fact, as a single, 'Hush' made it into the US top ten. A balladic 'Help' (yep, the very same Lennon—McCartney tune) and a Blackmore—Evans—Lord number 'Mandrake Root' follow closely behind in the highspot stakes. 'Shades Of' presents Deep Purple in their lightest, brightest, freshest colours — colours that were later to darken and then fade forever. Listen to the album and accept it for what it is, a first recording from a lively, ambitious new band whose musical ideas were blossoming but hadn't quite reached fruition.

And enjoy it. Geoff Barton 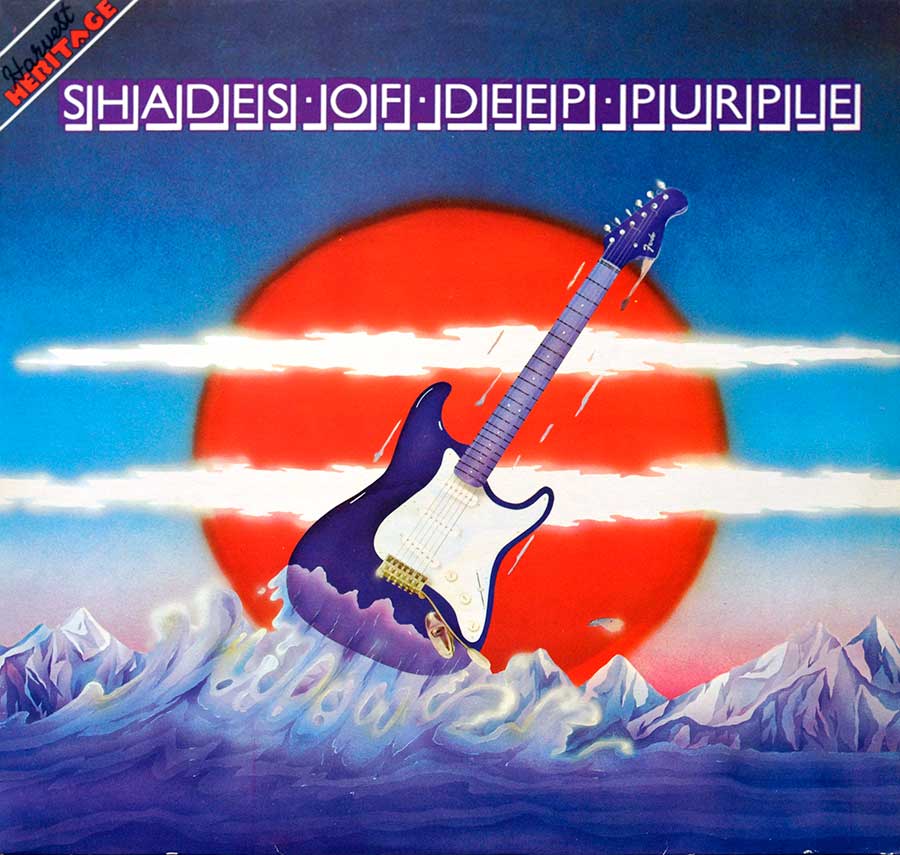 Photo Side One DEEP PURPLE – Shades Of Deep Purple 12" LP