This is Deep Purple ( MK I ) self-titled with Album cover by Hieronymus Bosch .

Note that the band-name on the album front cover has been printed in pink colour. 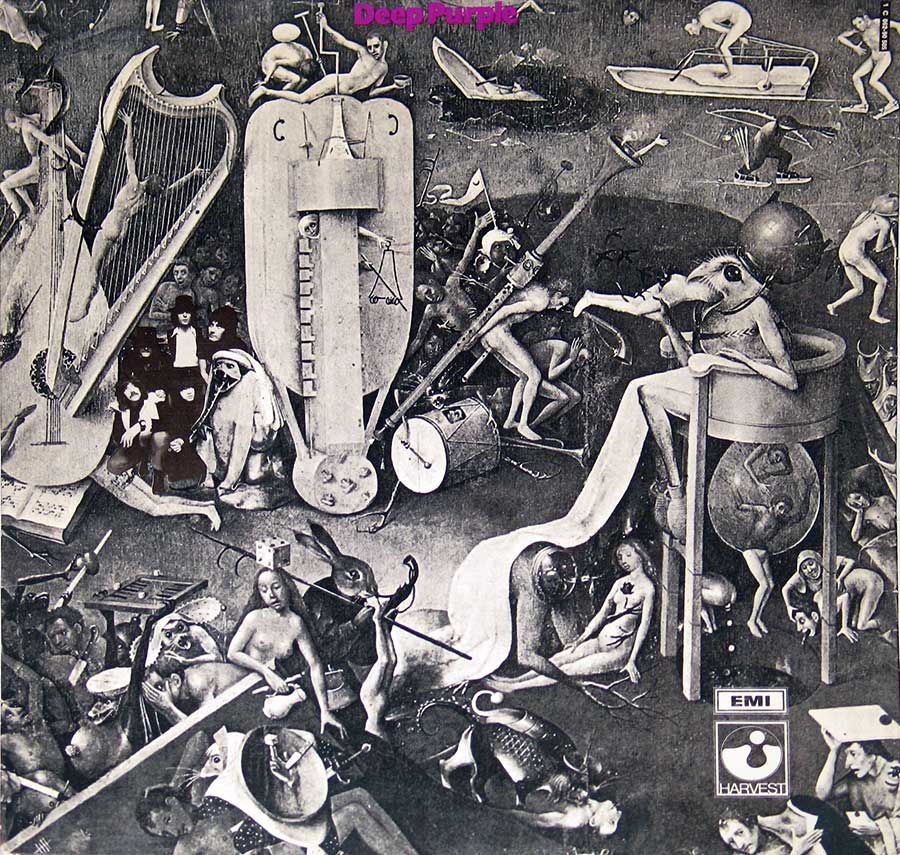