This is the original 1975 release of "Come Taste The Band" which was recorded between August 3rd and September 1st, 1975 at Musicland Studios in Munich, Germany. The album was co-produced and engineered by the band and longtime band associate Martin Birch. The album was released in October 1975. It was the only studio album with Tommy Bolin, who replaced Ritchie Blackmore on lead guitar. 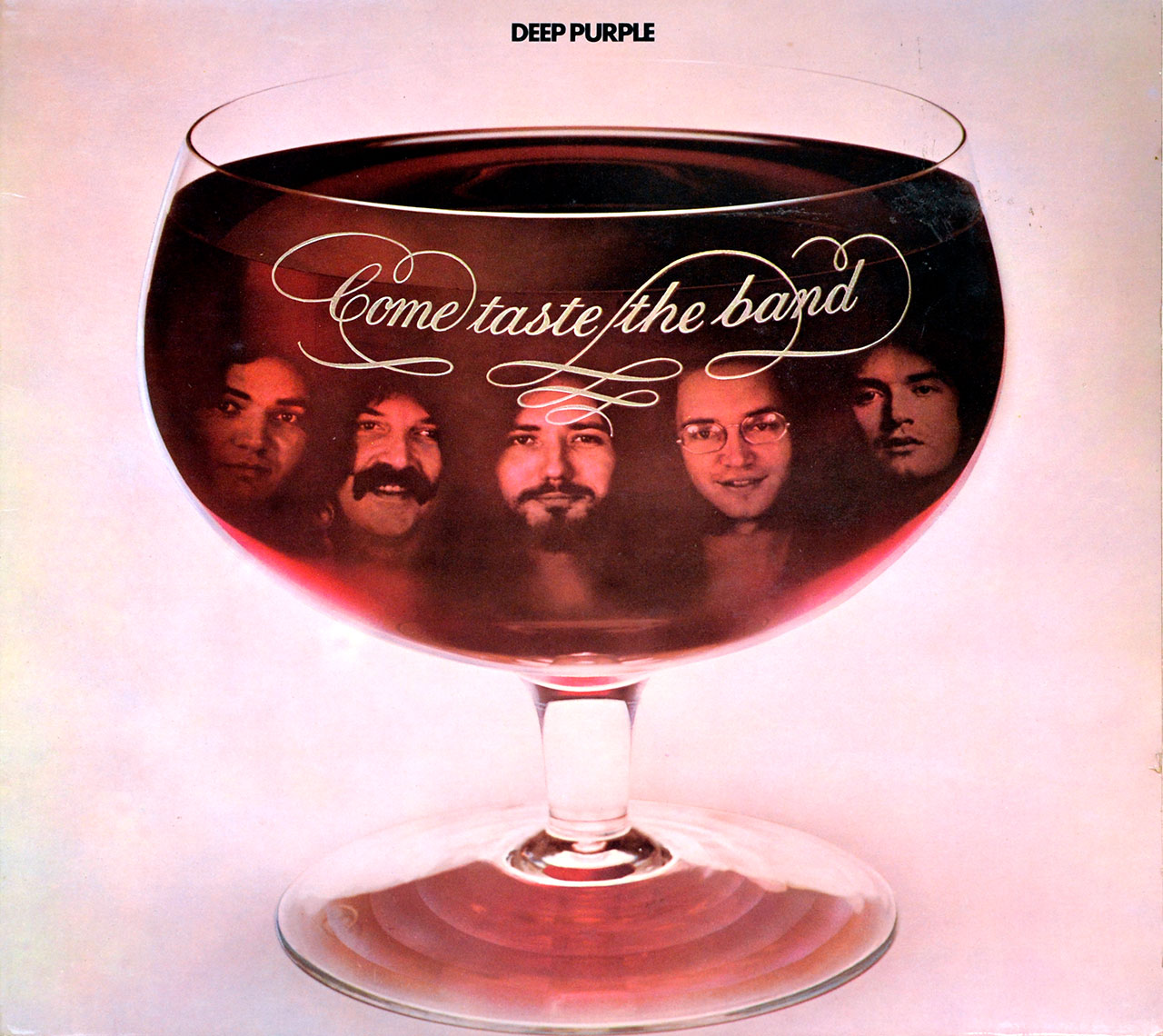 This 12" LP black vinyl music record comes comes in a Fold Open Cover (FOC), which is also also known as a Gatefold cover. The inner pages of this album cover contain many photos of the "Deep Purple" band-members and production details.

Inner Sleeve
This album comes with custom inner sleeves which contain artwork and lyrics of all the songs on "Come Taste The Band".
Record Label

The album: "DEEP PURPLE - Come Taste The Band (Netherlands)" was produced by: Produced by Martin Birch and Deep Purple, all music of this album was conceived, written and recorded in Musicland Studios, during August and September 1975

This album was recorded at: Musicland Studios, Munich, West-Germany.

Inside Cover Photography: Dieter Zill by Courtesy of Bravo Magazine and Fin Costello.

1975 Manufactured in the Netherlands 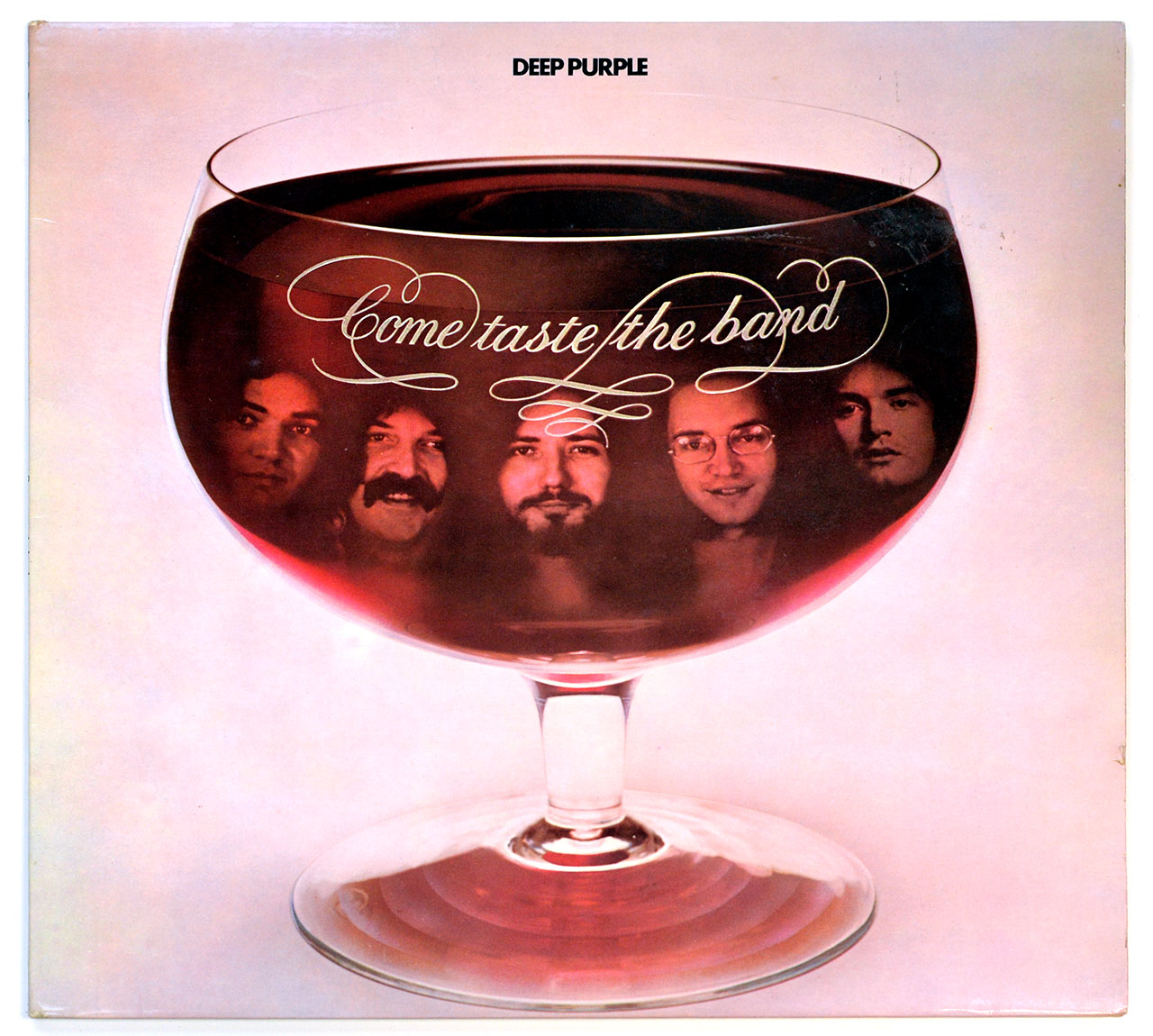 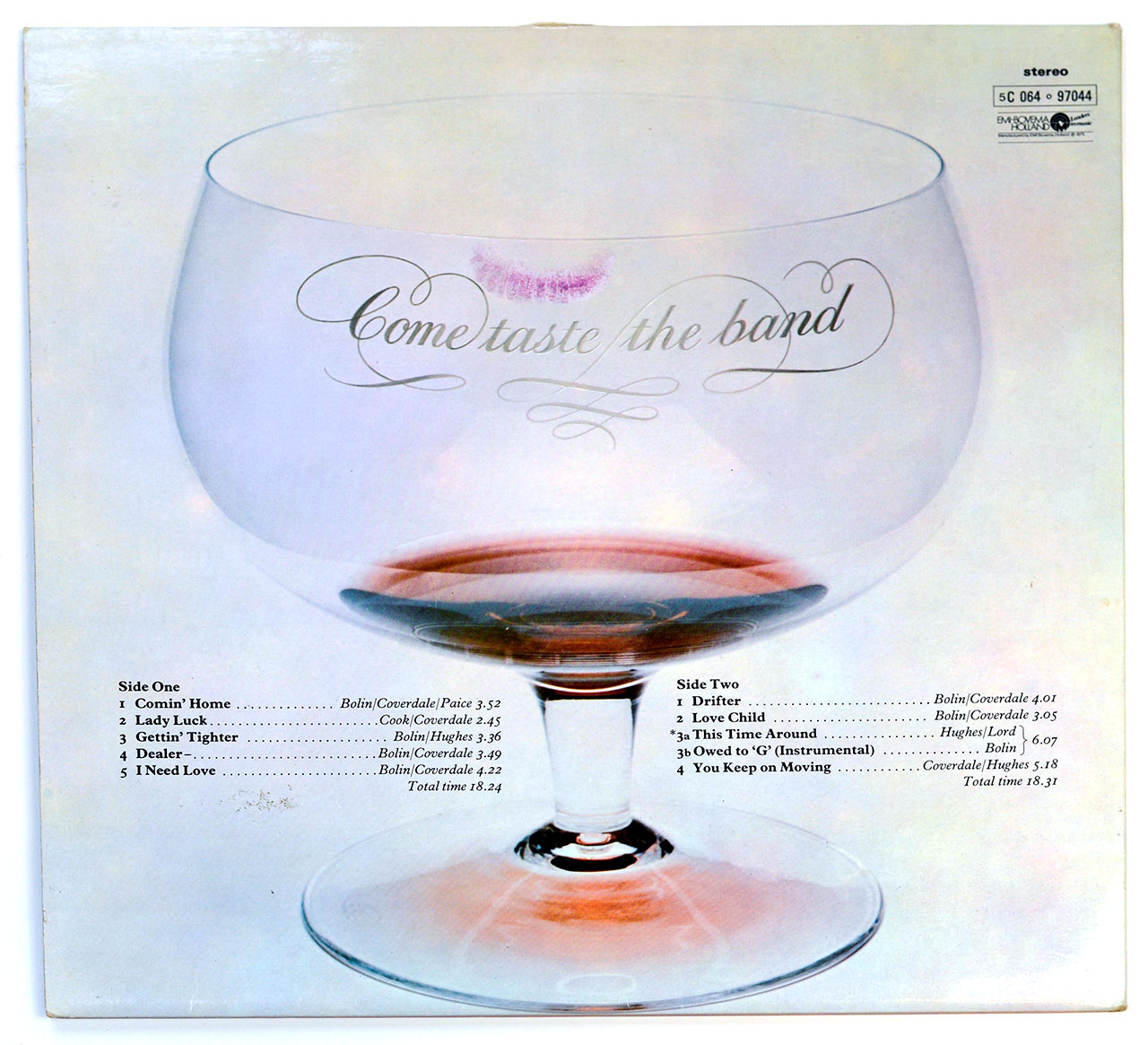 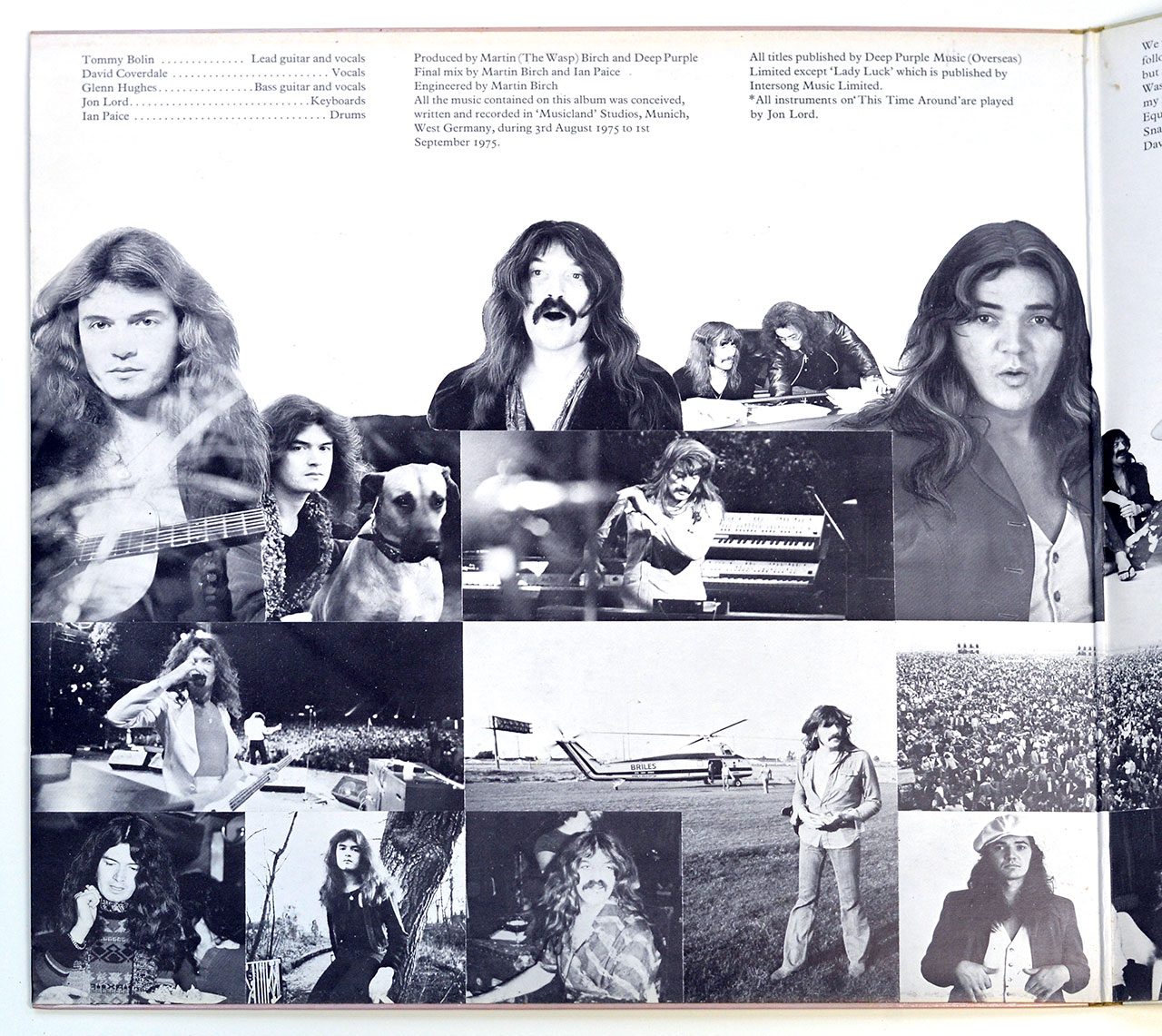 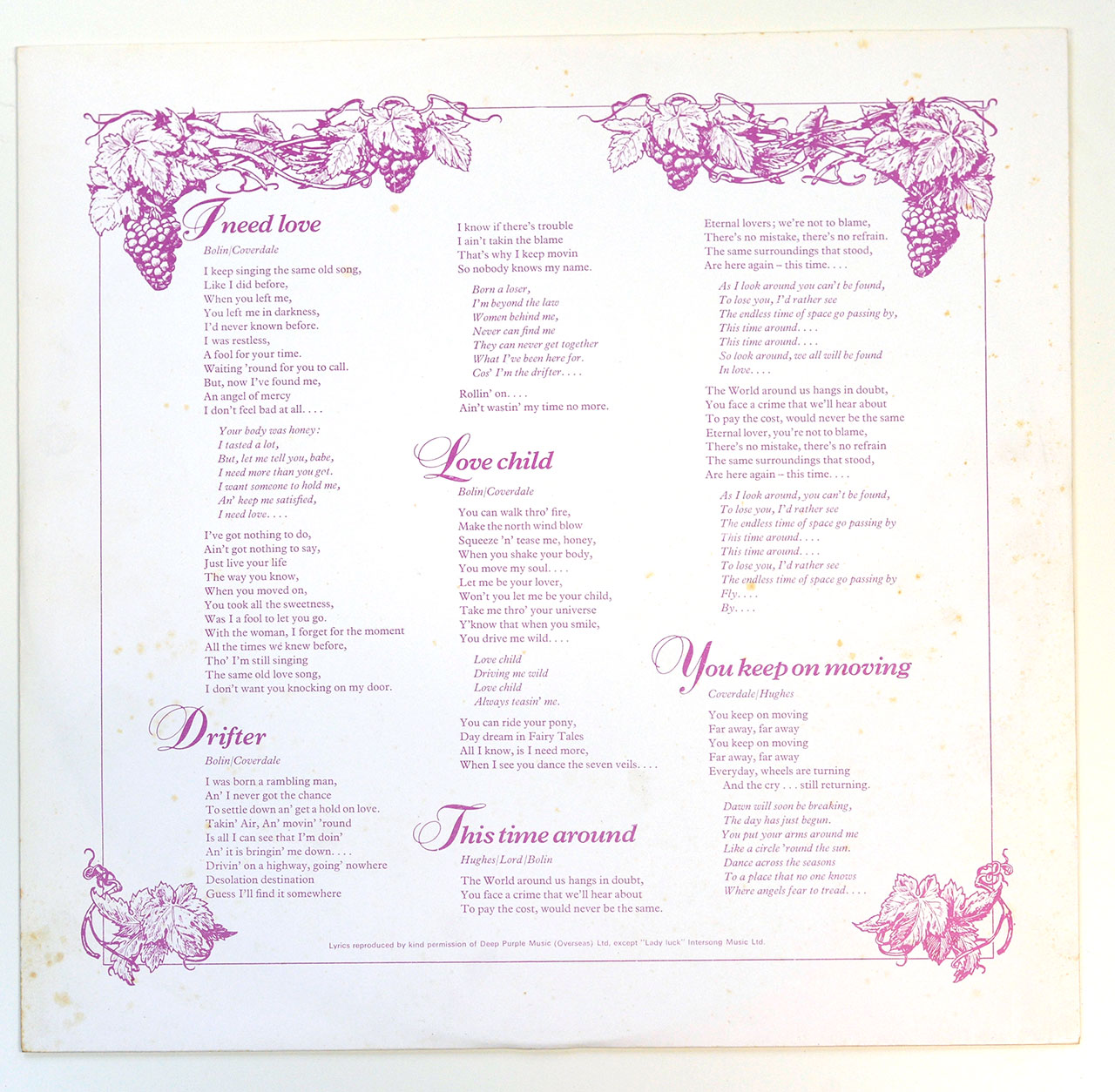 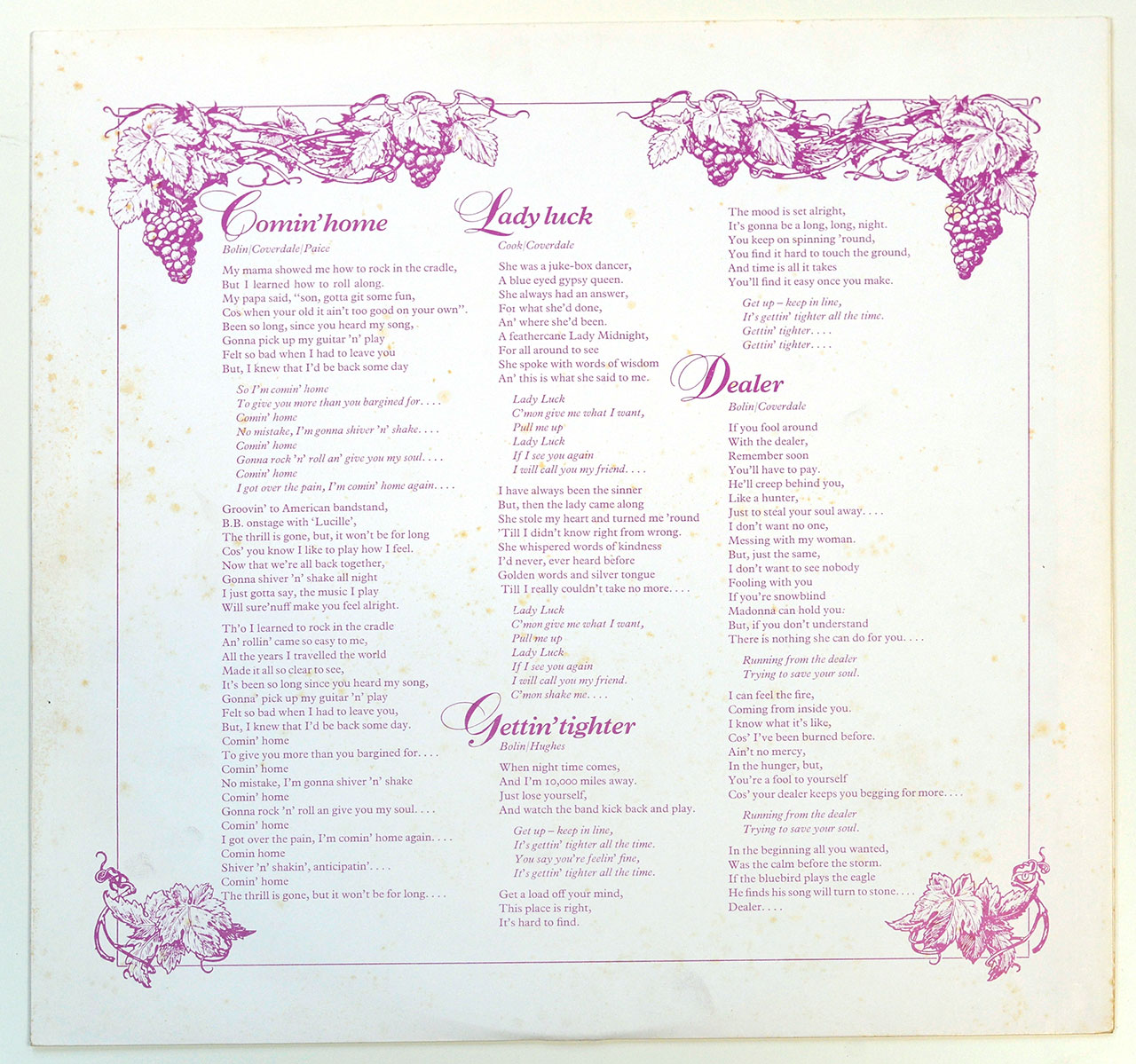 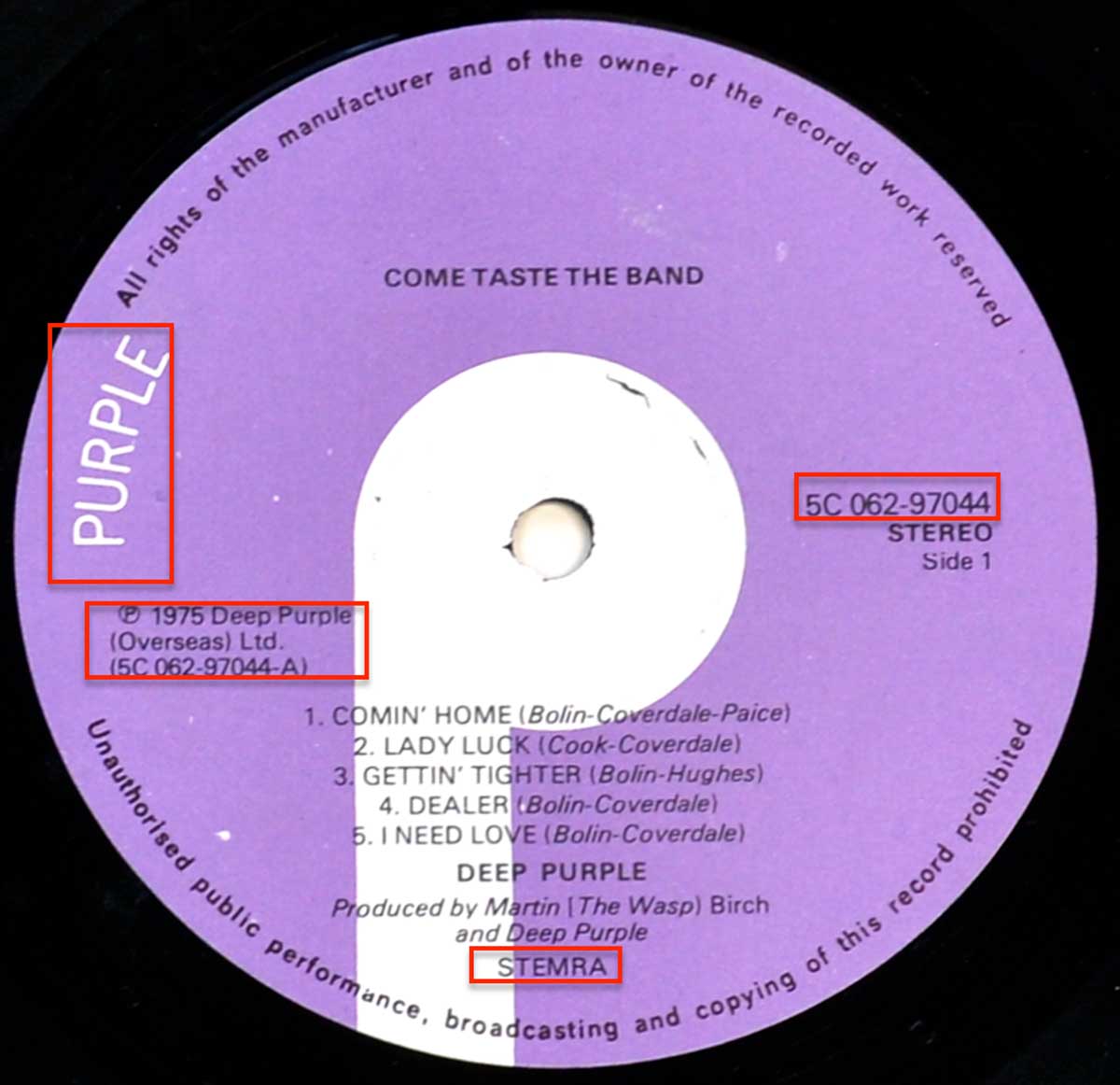 Photo Side One DEEP PURPLE - Come Taste The Band (Netherlands) 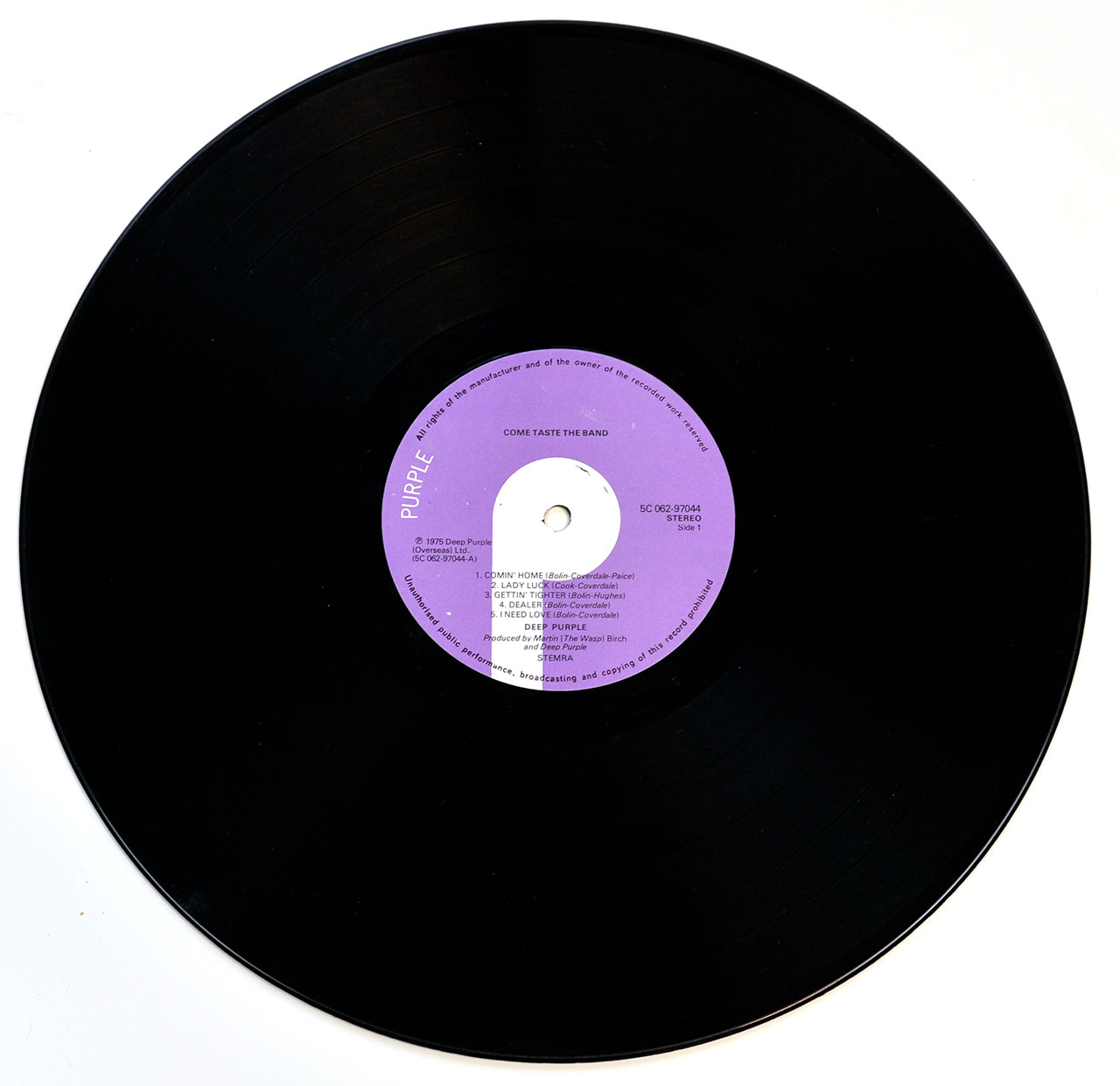