"Ride the Lightning" is the successor of the "Kill Them All" Metallica album and was released in 1984.  It was the last album to feature songwriting contributions from former lead guitarist Dave Mustaine ( Megadeth ).

This is the 2006 Released pressed on audiophile 180grams vinyl LP

This album comes with the black and yellow custom inner sleeve with on one side photos of the Metallica band and on the other side: lyrics of all the songs on "Ride The Lightning"

Flemming Rasmussen is a music producer from Denmark, who has produced and sound engineered over 1200 productions for bands like Metallica as well as many other well-known heavy metal bands including Artillery, Blind Guardian, Ensiferum, King Diamond, Morbid Angel.

Howie Weinberg has during his career mastered hundreds of records in all kinds of musical genres. For the Heavy Metal music genre he has mastered for bands like: Anthrax, Celtic Frost, Cro-Mags, Danzig, Manowar, Meliah Rage, Overkill, Ozzy Osbourne, Riot V, Scorpions, Sepultura, Slayer, White Zombie and many many others.

This album "Ride The Lightning" was recorded at Sweet Silence Studios, Copenhagen, Denmark during Spring 1984

Photo Of The Back Cover METALLICA - Ride The Lightning Blackened Records 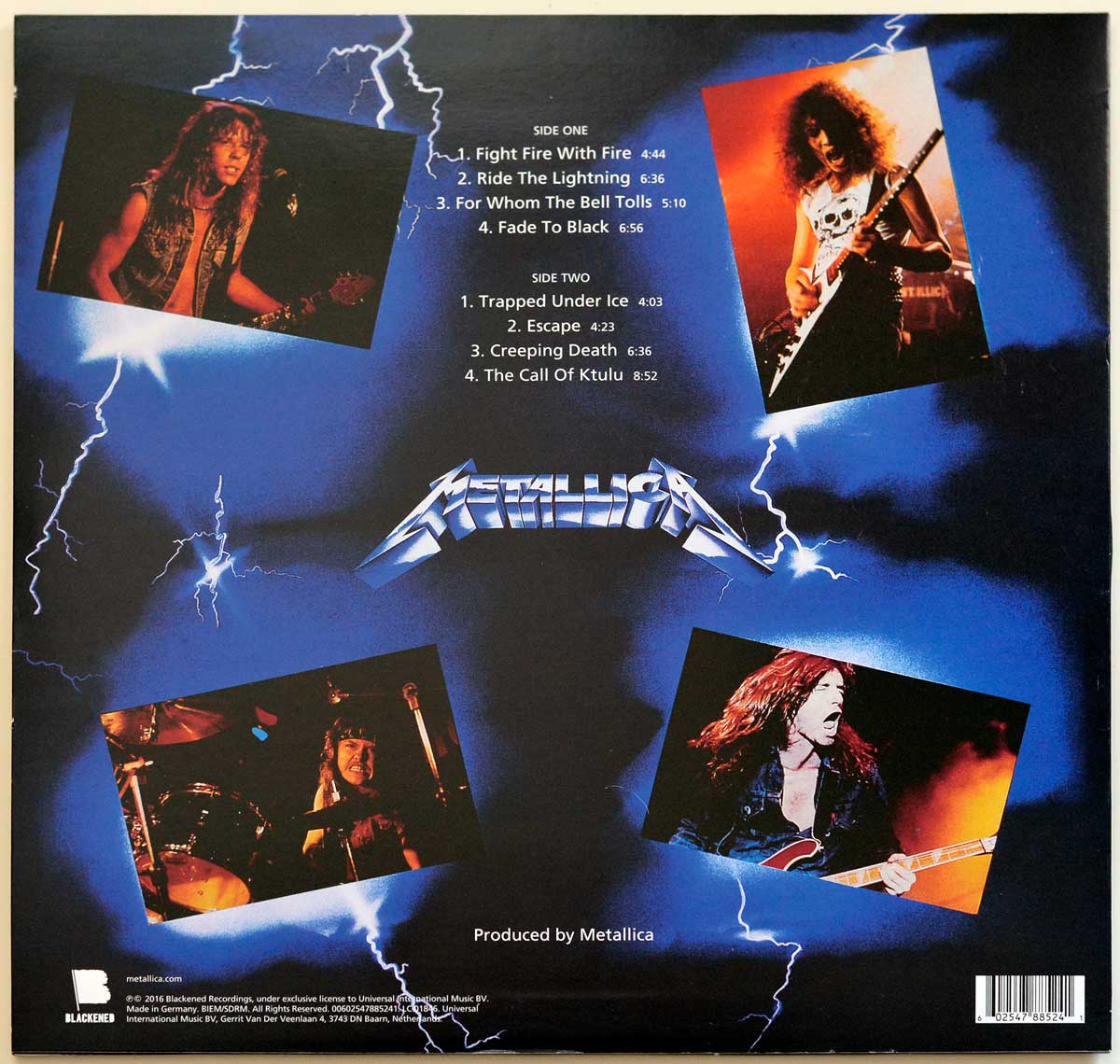 Photo of Side One: METALLICA - Ride The Lightning Blackened Records

Photo of Side Two: METALLICA - Ride The Lightning Blackened Records 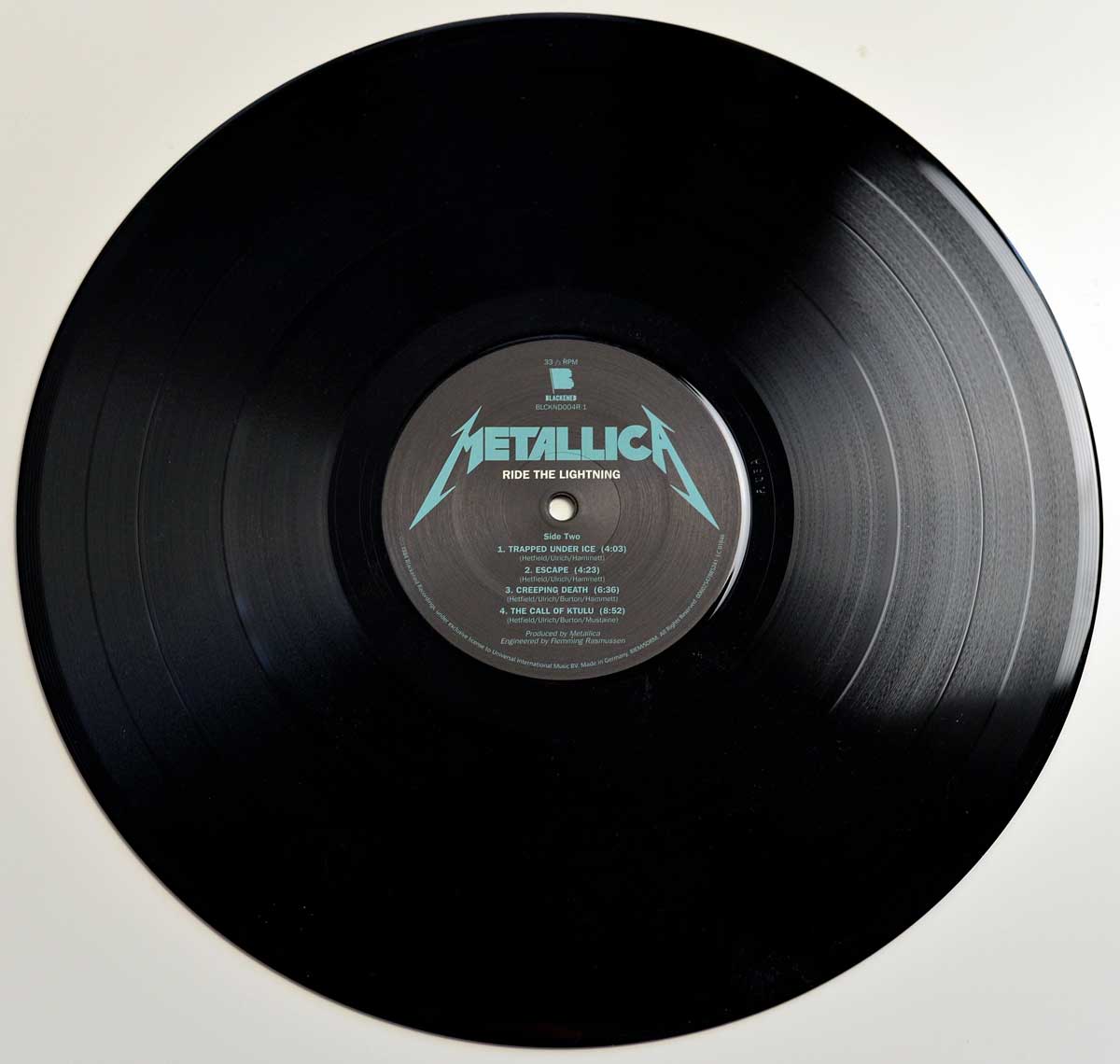