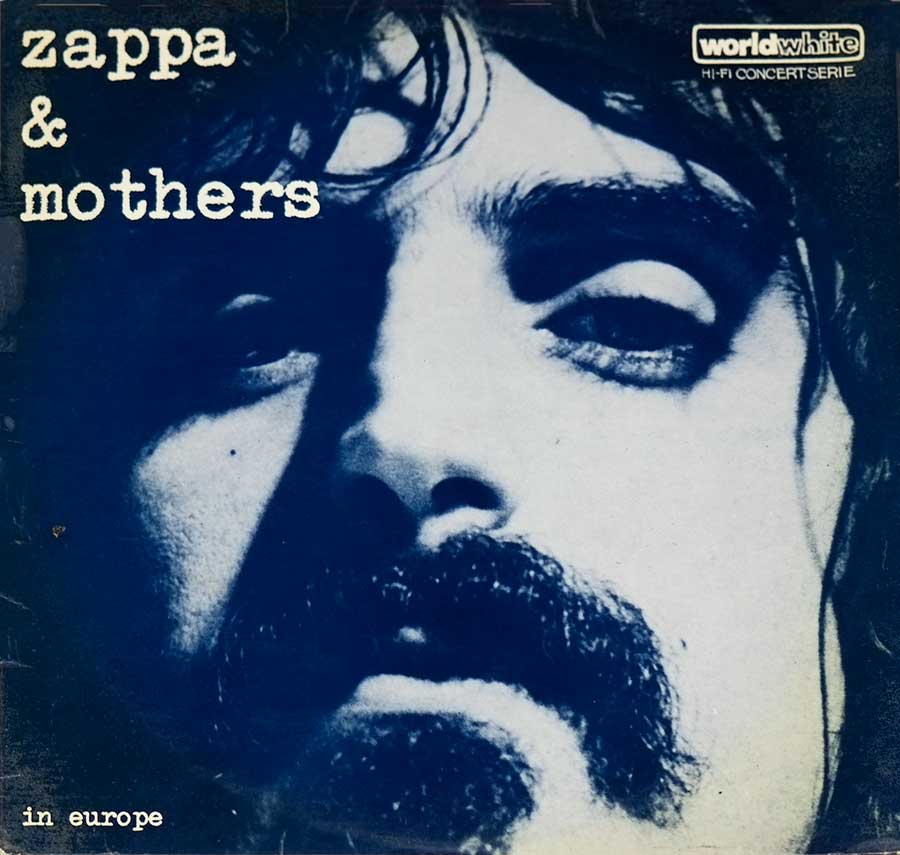 'In Europe' was recorded while we followed Frank Zappa and the 'Mothers of Invention' on their successful live concert-tour throughout Europe. This album contains the highlights. The truly tremendous and versatile compositions of songs are the result of the magnificent team-work of Zappa's new 'Mothers', his best band put together so far. Frank Zappa, the undisputed leader, with his unique satire and brilliant guitar playing, convincingly at the head of his 'Mothers'; Dan Preston (organ/mini-moog), Ian Underwood (organ/sax), Ainsley Dunbar (drums), ex-'Turtle' Jim Pons (bass), and, accompanying Frank vocally, Howard Kaylan and Mark Volman, also former 'Turtles'. There is a variety of styles in 'Peaches and Regalia', 'She Painted up Her Face' (with outstanding drum work from Ainsley Dunbar) and 'Shove it Right'. Exceptional of this album is 'Tears Began to Fall', always a favourite part of Zappa's programme with breathtaking high vocals from Mark and Howard.

Side 'B' is the partly Dutch A high-light on the side song 'Geef Mid Wat Vloerbedekking Onder Deze Vette Zwevende Sofa', (Gimme' Some Floor covering Under this Fat Floating Sofa).

'IN EUROPE', IS WHAT ZAPPA-MANIA IS ALL ABOUT!!! 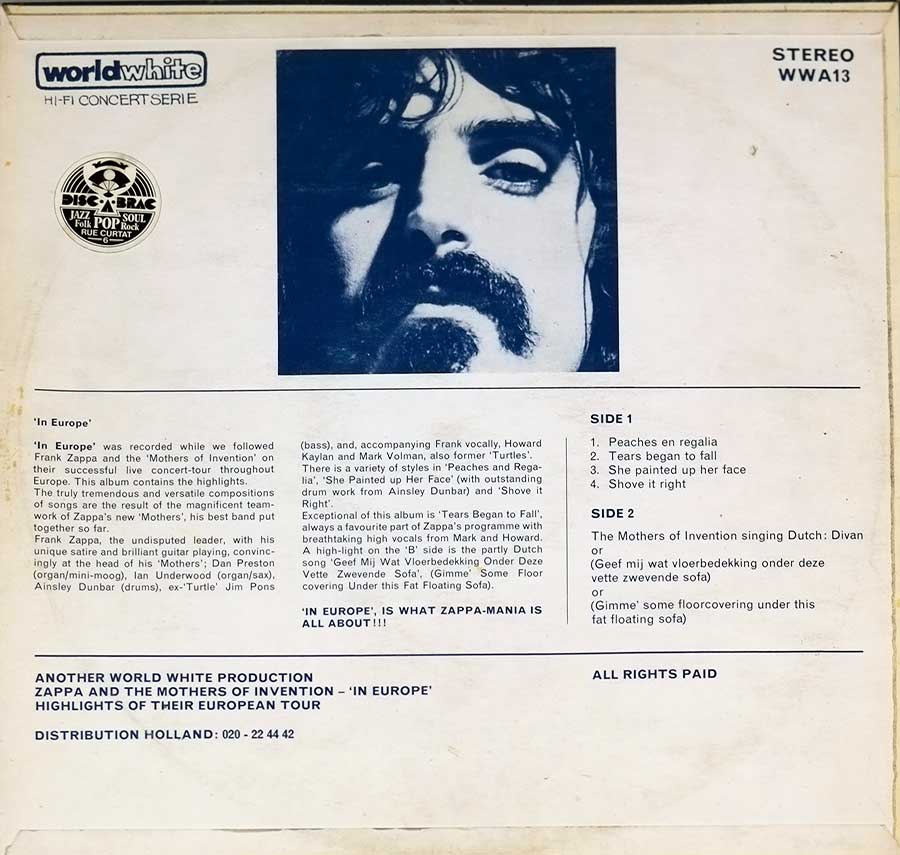 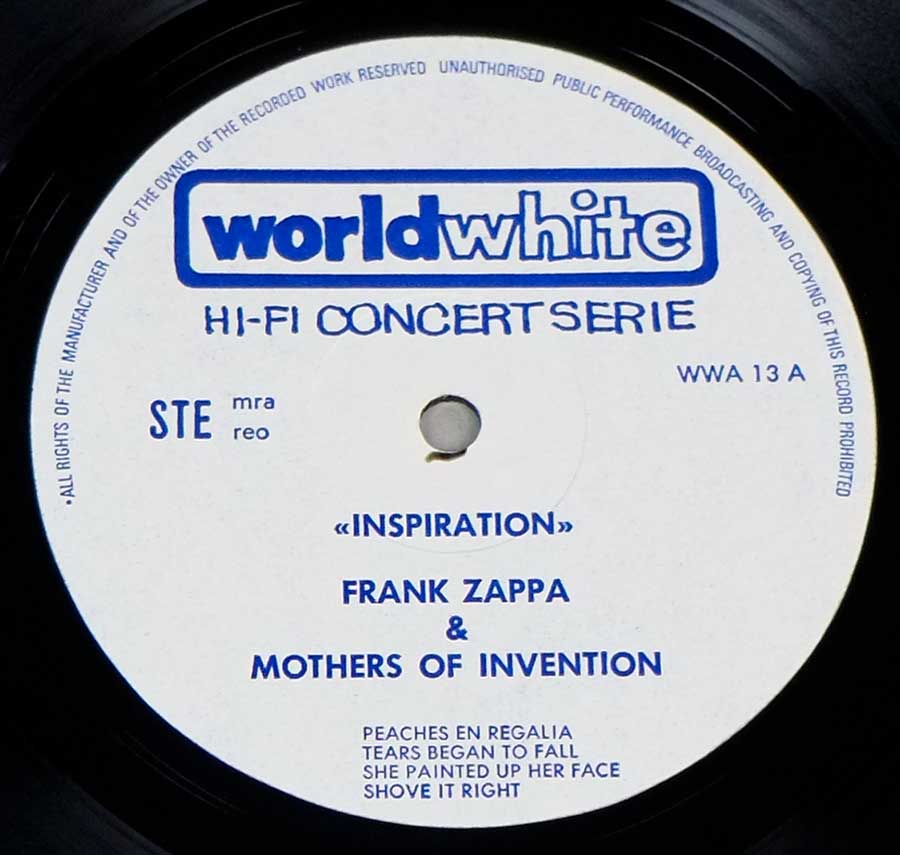 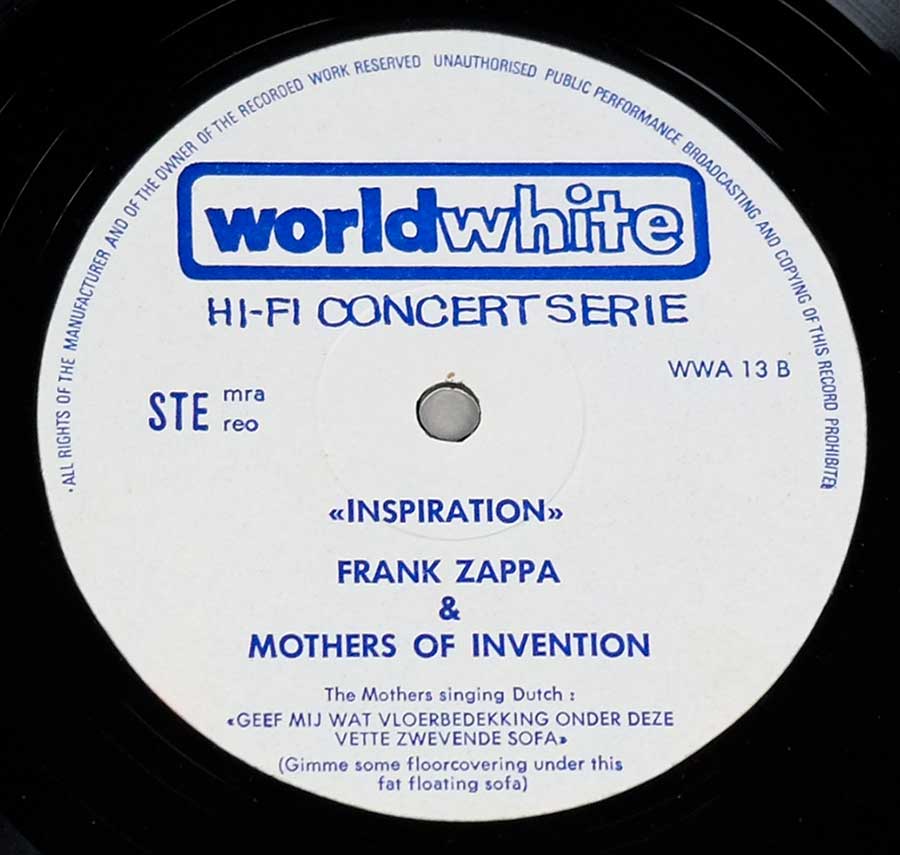