"Killing Is My Business... and Business Is Good!" is the debut album by American thrash metal band Megadeth. It was originally released in 1985 on Combat Records.

The album's artwork, featuring a plastic skull with tinfoil, was not intended to be the original artwork. Mustaine wanted a picture of Megadeth mascot Vic Rattlehead on the cover, however the studio lost the artwork, so they improvised the low-budget replacement. 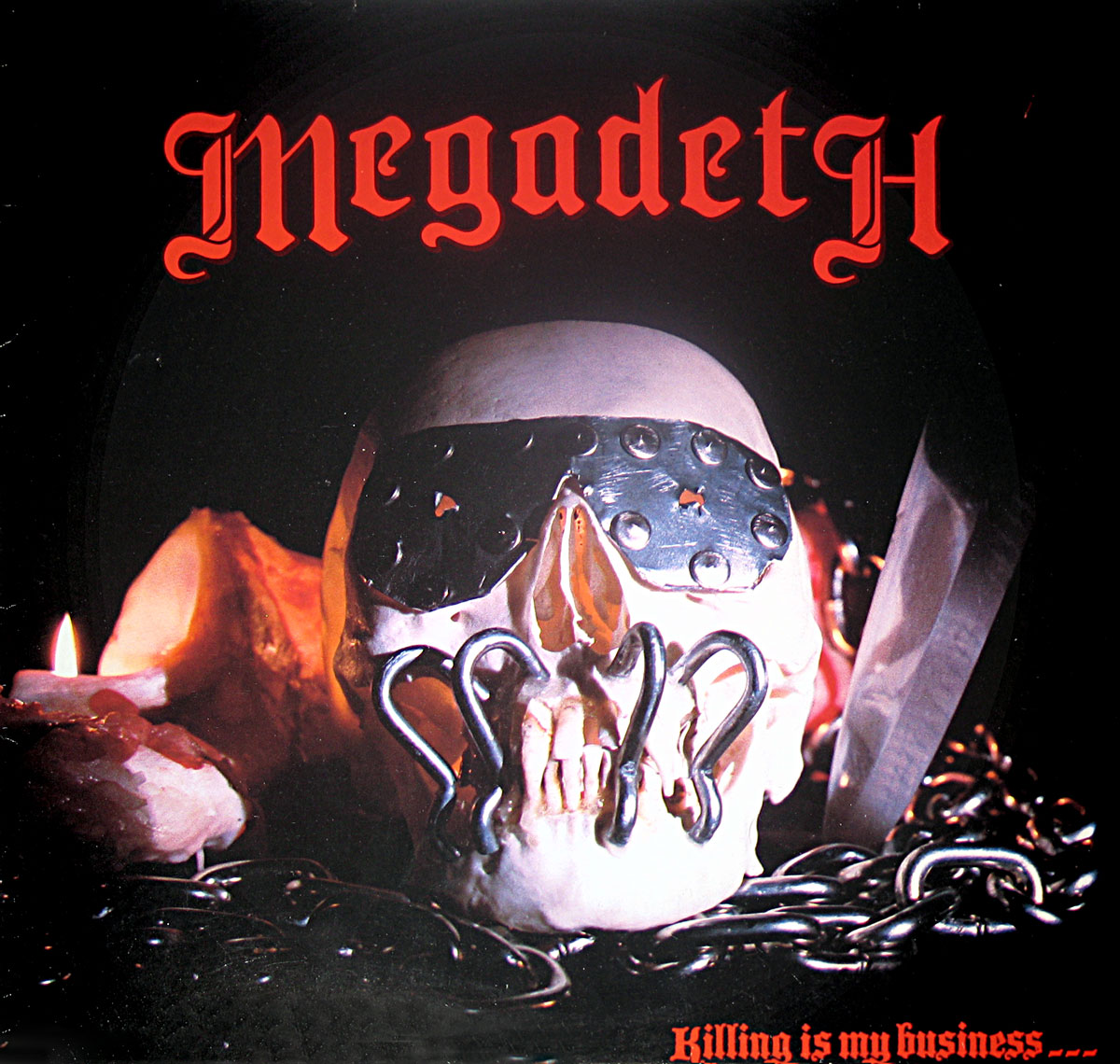 Chris Poland is an American Guitarist, best known for being lead guitarist with Megadeth. Chris Poland has played in several bands, these include Circle Jerks , Damn The Machine, Megadeth, The New Yorkers. He also played as guest guitarist in many Heavy Metal and Rock bands mainly between 2003-Today. Chris Poland and Gar Samuelson both come from Dunkirk, New York and have made music together, most notable in a band called "The New Yorkers", before joining the Megadeth band. Chris Poland - Wikipedia)

Dave Ellefson ( full-name: David Warren Ellefson ) is an American Bass guitar player and was born 1964 in Jackson, Minnesota. Together with Dave Mustaine he played in the band called "Fallen Angels" in 1983 and shortly after they both formed "Megadeth" . Ellefson has been with Megadeth since 1983 until today ( with a break from 2002 until 2010 ) , during which periods he has also played a couple of times in "Metallica".

Photos of the LP's cover: MEGADETH Killing is my Business and Business is Good