"Anarchy in the U.K." is originally a song by the English punk rock band "The Sex Pistols". It was released as the band's debut single on 26 November 1976 and was featured on their only album, Never Mind the Bollocks, This is Megadeth's cover of it, originally released on the album: "So far, so good, so what? 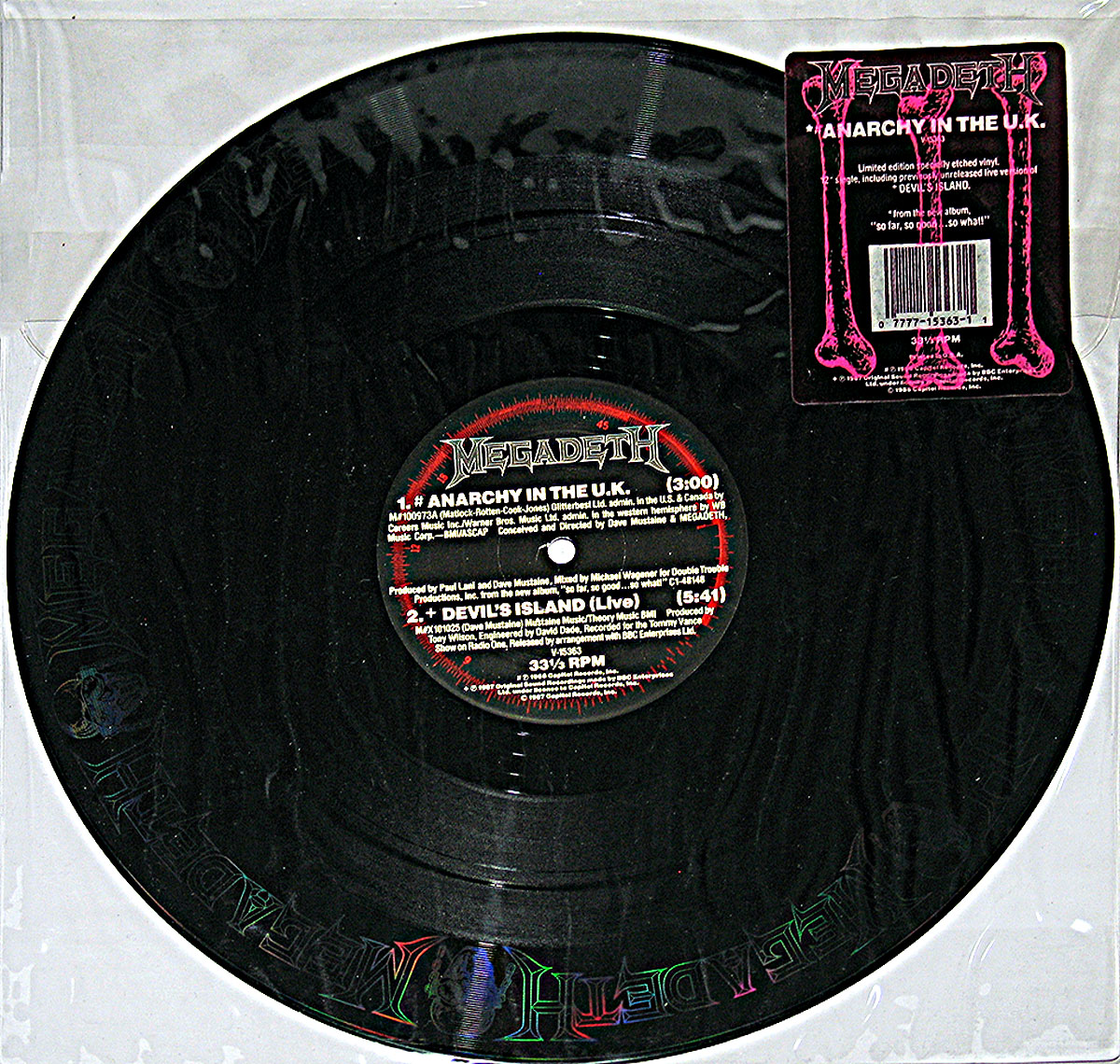