This is the Canadian release of "So Far, So Good... So What!" the third studio album by American heavy metal band Megadeth. It was released by Capitol Records in 1988. It is the band's only album recorded with Chuck Behler and Jeff Young, who were fired immediately after the subsequent tour. 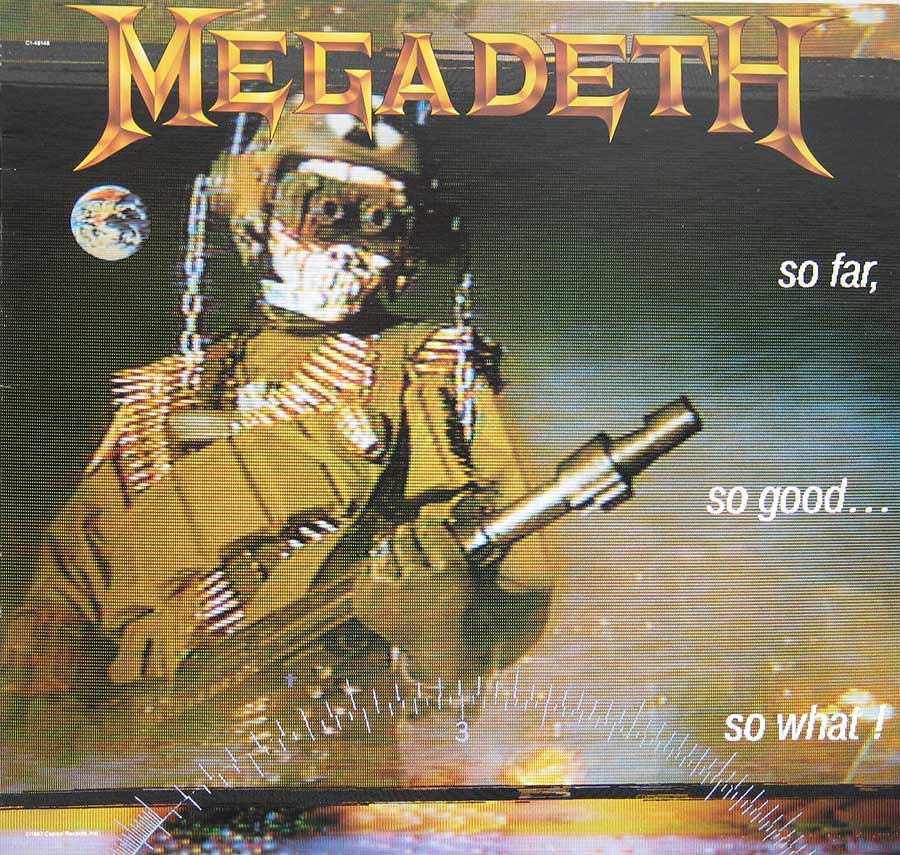