This is the Limited Edition Picture Disc release of “Live Animal F*ck Like A Beast” is an EP ( Extended Play ) record released in 1987 with tracks by the American Heavy Metal band W.A.S.P recorded during 1984 until 1987. 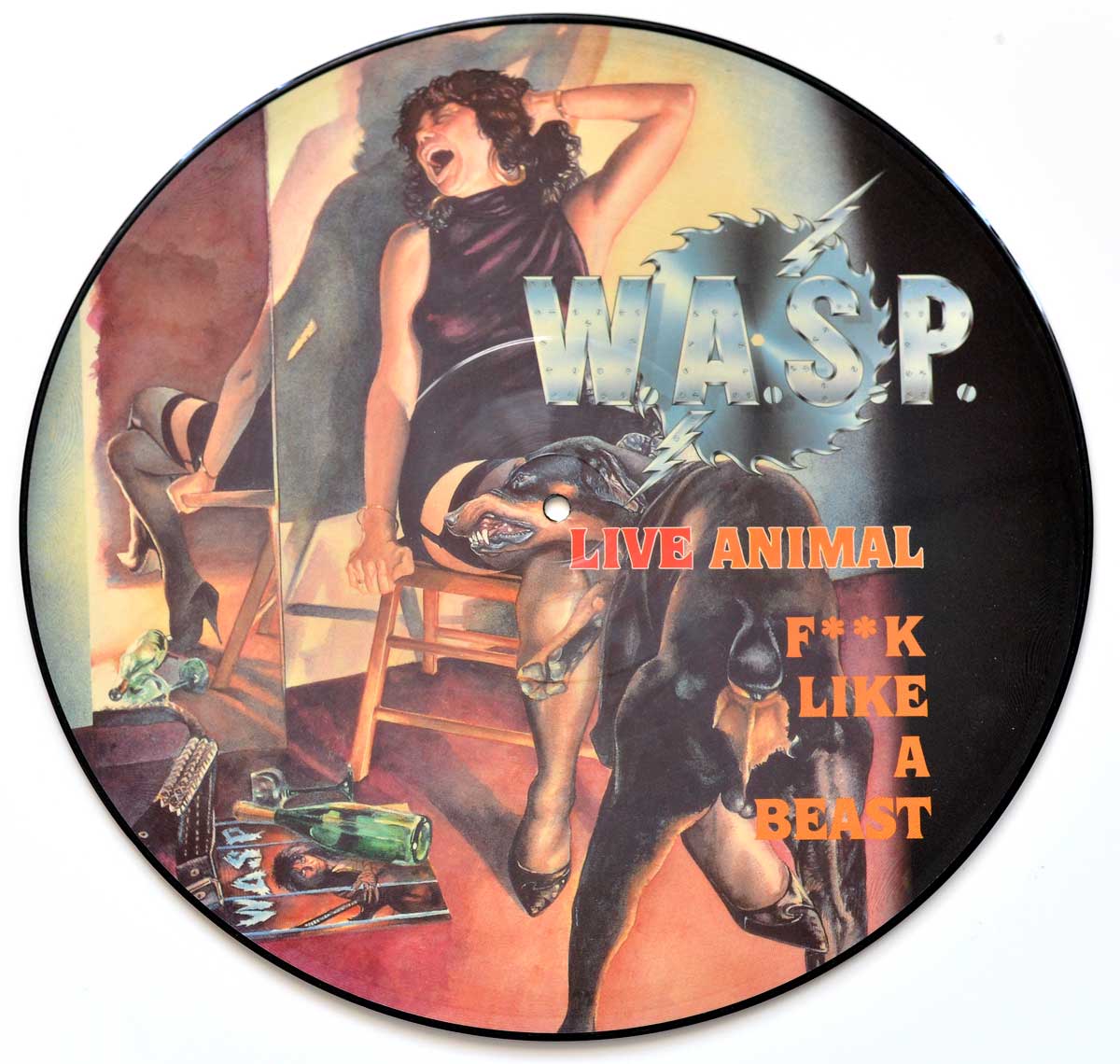 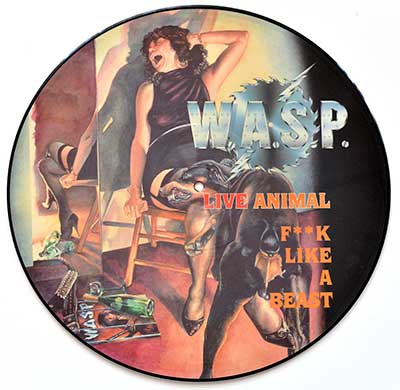 This Picture Disc comes in a generic plastic sleeve

Mike Varney - a music producer and founder of "Shrapnel Records", in the rock and heave metal music, known as producer of several W.A.S.P albums.

Steve Fontano (real name: Stephen M. Fontano) an American Producer, Sound Engineer, Mixer who has worked on hundreds of albums. In the context of 1980s Heavy Metal he has worked on several dozens of albums, some of the bands he has worked with are: W.A.S.P. , Racer X, Apocrypha, Chastain, Hexx, M.A.R.S, David T. Chastain, Tony MacAlpine.

Ross Halfin a British Photographer starting his career in the 1970s photographing many of the punk bands. Later he relocated to the USA and photographed many rock and metal bands from AC/DC to UFO, including "Black Sabbath", Aerosmith, "Iron Maiden" and many others. 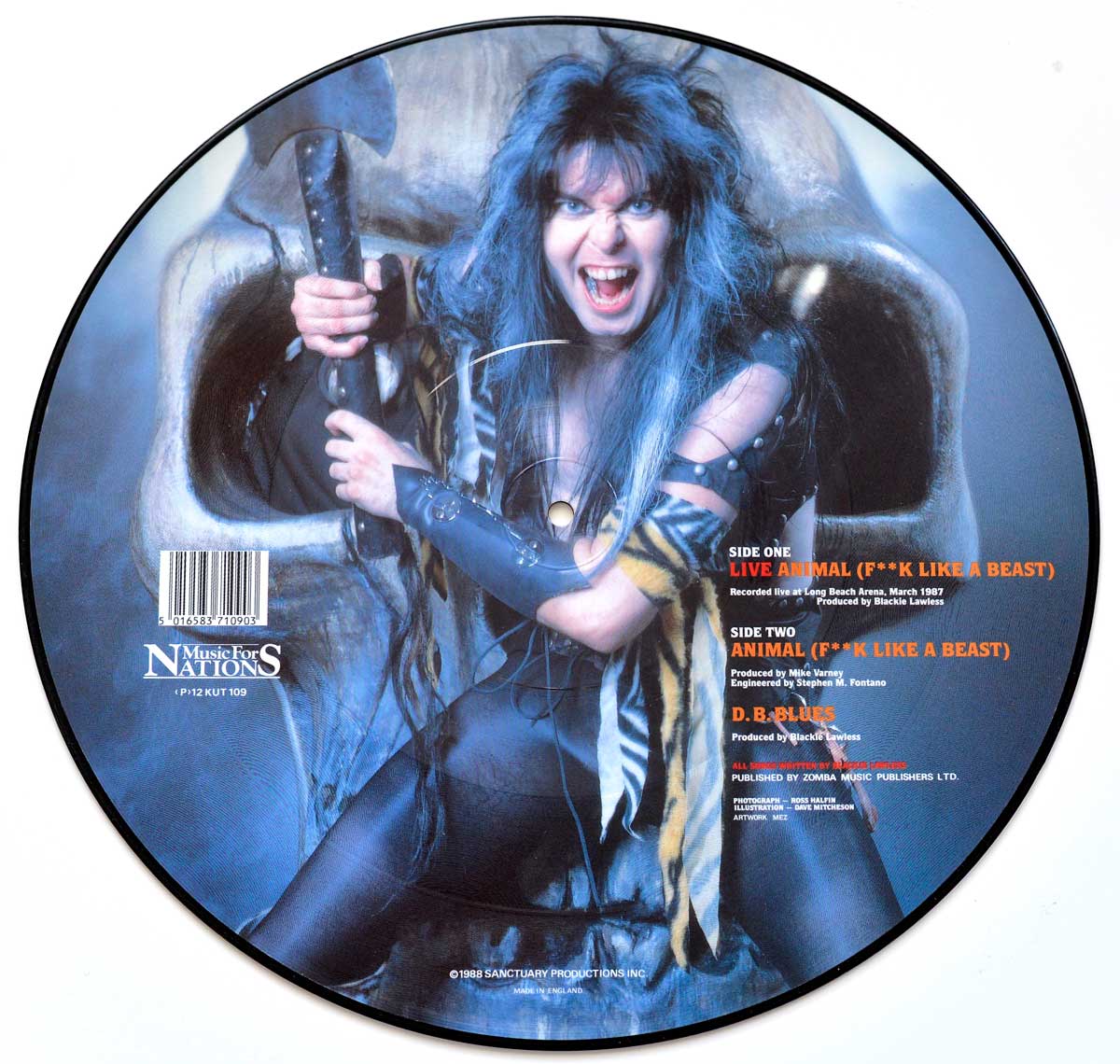