This is the first Roadrunner Release of "Show No Mercy" , the debut album by American thrash metal band Slayer.

Brian Slagel signed the band to Metal Blade after watching the band perform the song "Phantom of the Opera" by Iron Maiden. The band was forced to self-finance their debut album, combining the savings of vocalist Tom Araya, who was employed as a respiratory therapist, and money borrowed from guitarist Kerry King's father.

Touring extensively promoting the album, the band brought close friends and family members along the trip, who helped backstage with lighting and sound. Although criticized for poor production quality, it became Metal Blade Records highest selling release, also producing the songs "Die by the Sword", "The Antichrist" and "Black Magic", which are played at Slayer's live shows regularly.

This album "Show no Mercy" includes the original custom inner sleeve with album details, complete lyrics of all songs by and photos of the Slayer band.

Essentials of: SLAYER - Show No Mercy incl OIS ( No Barcode )

This 12" LP vinyl music record comes comes in a Fold Open Cover (FOC), which is also also known as a Gatefold cover. The inner pages of this album cover contains photos, artwork.

Brian Slagel is the founder and CEO of Metal Blade Records. Slagel is known for giving Metallica their first break in 1982, with an appearance on Metal Massacre, a compilation album on Metal Blade, and has since released seminal albums by Slayer, Mercyful Fate, Cannibal Corpse, Fates Warning, Amon Amarth and The Black Dahlia Murder, among others. Use this link to access a list of heavy metal albums produced by Brian Slagel during the 1980s 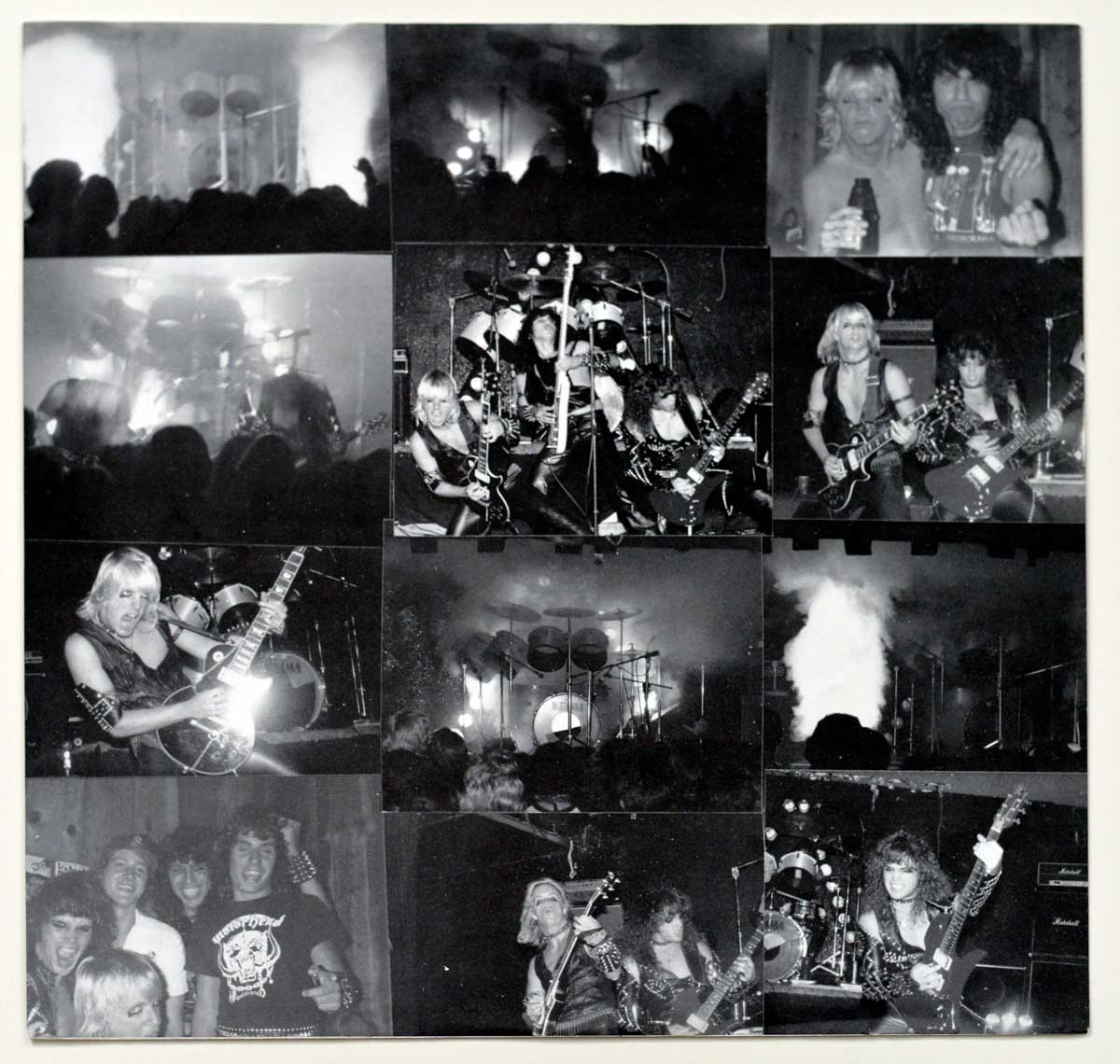 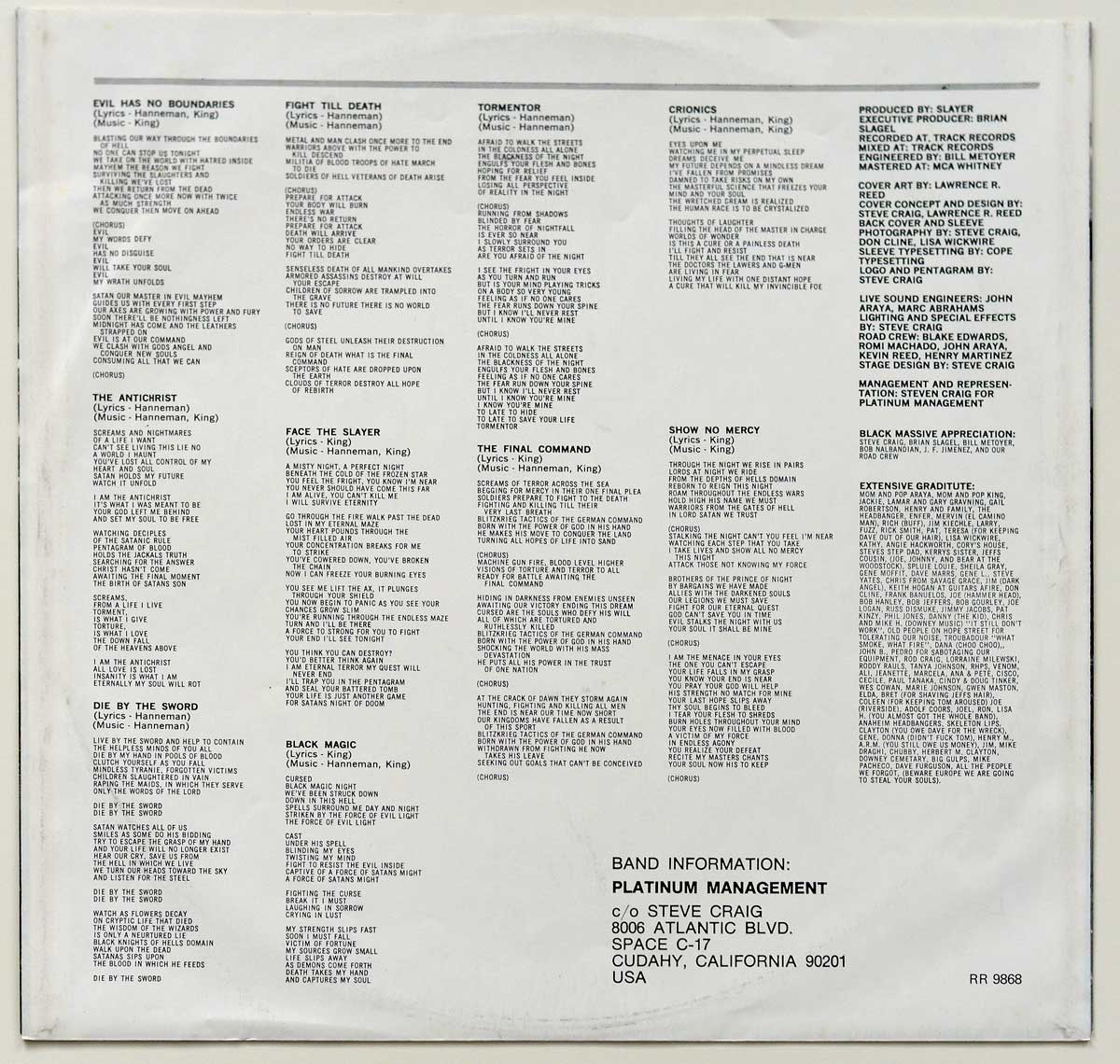 Photo of Side One: SLAYER - Show No Mercy incl OIS ( No Barcode ) 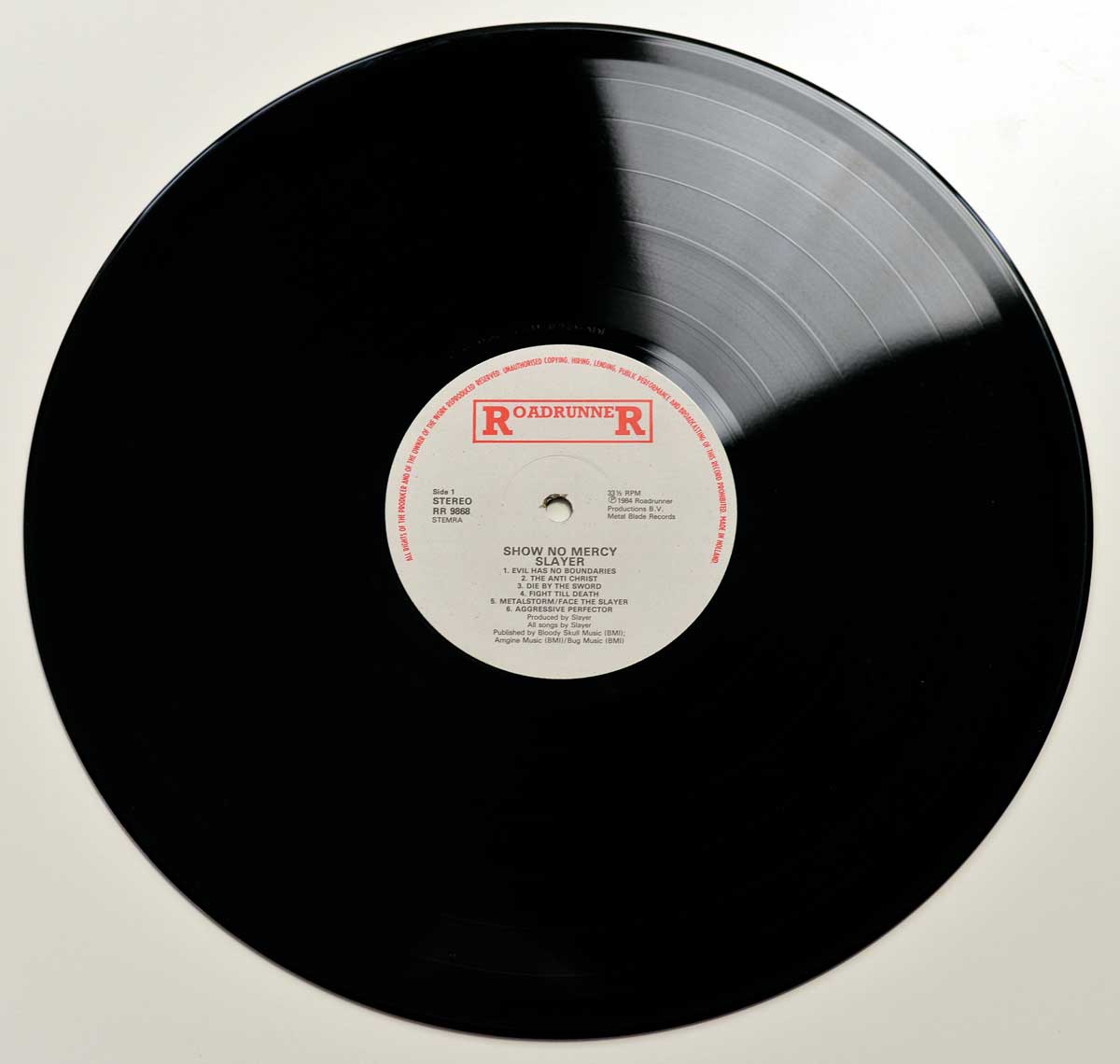 Photo of Side Two: SLAYER - Show No Mercy incl OIS ( No Barcode ) 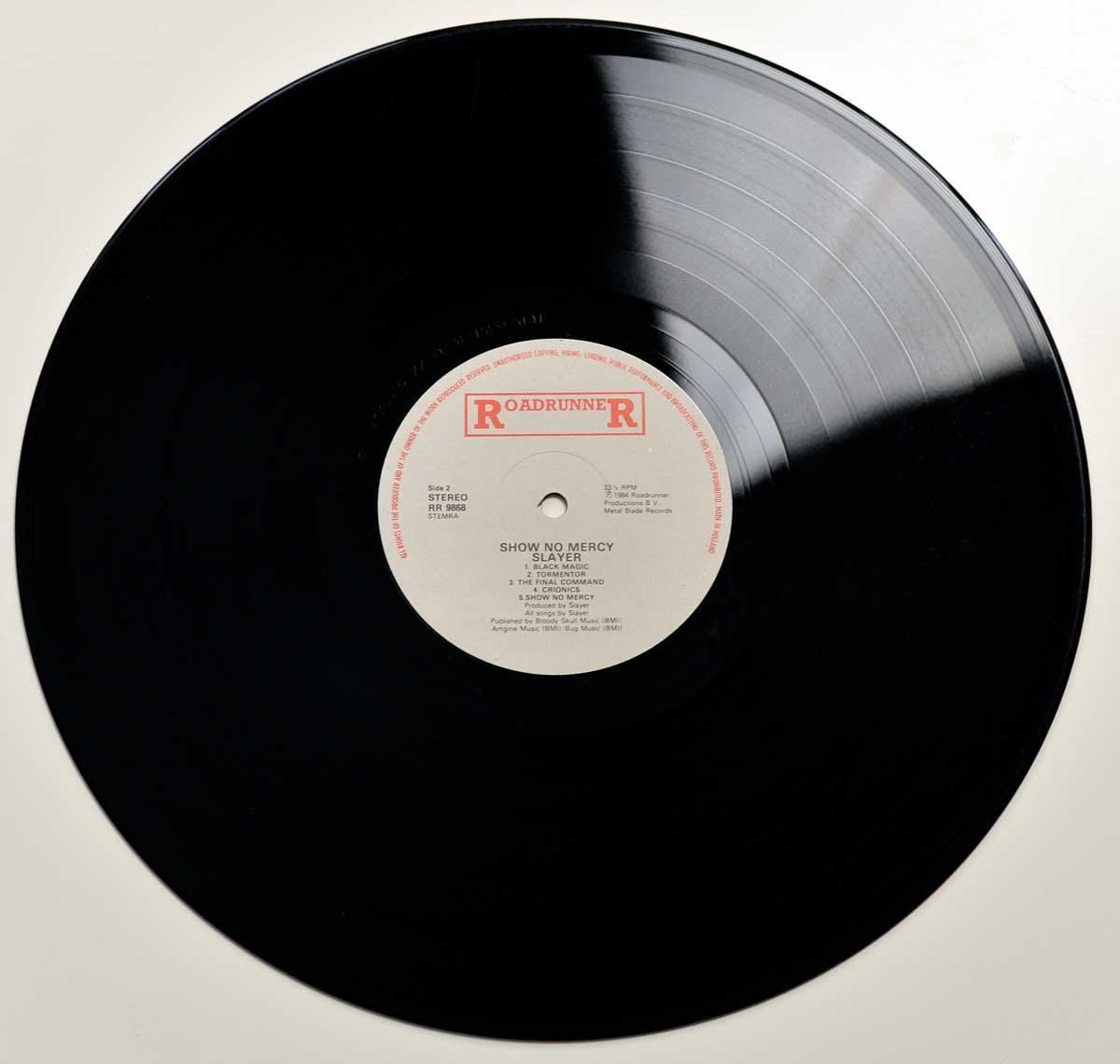