MADONNA - Dress You Up 12" Vinyl MAXI-SINGLE

"Dress You Up" is the song by American singer Madonna. It was released as the final single from her second studio album, "Like a Virgin" , on 24 July 1985, by Sire Records. The song was the last track to be added to the album as it was submitted late by songwriters Andrea LaRusso and Peggy Stanziale. Madonna pushed for the song's inclusion on "Like a Virgin" as she particularly liked its lyrics. Musically, the song is a drum beat driven dance track featuring instrumentation from guitars and vocals from a choir. The lyrics are an extended metaphor for fashion and sex, comparing dressing up with passion. A live performance from Madonna's first tour was used as the music video. 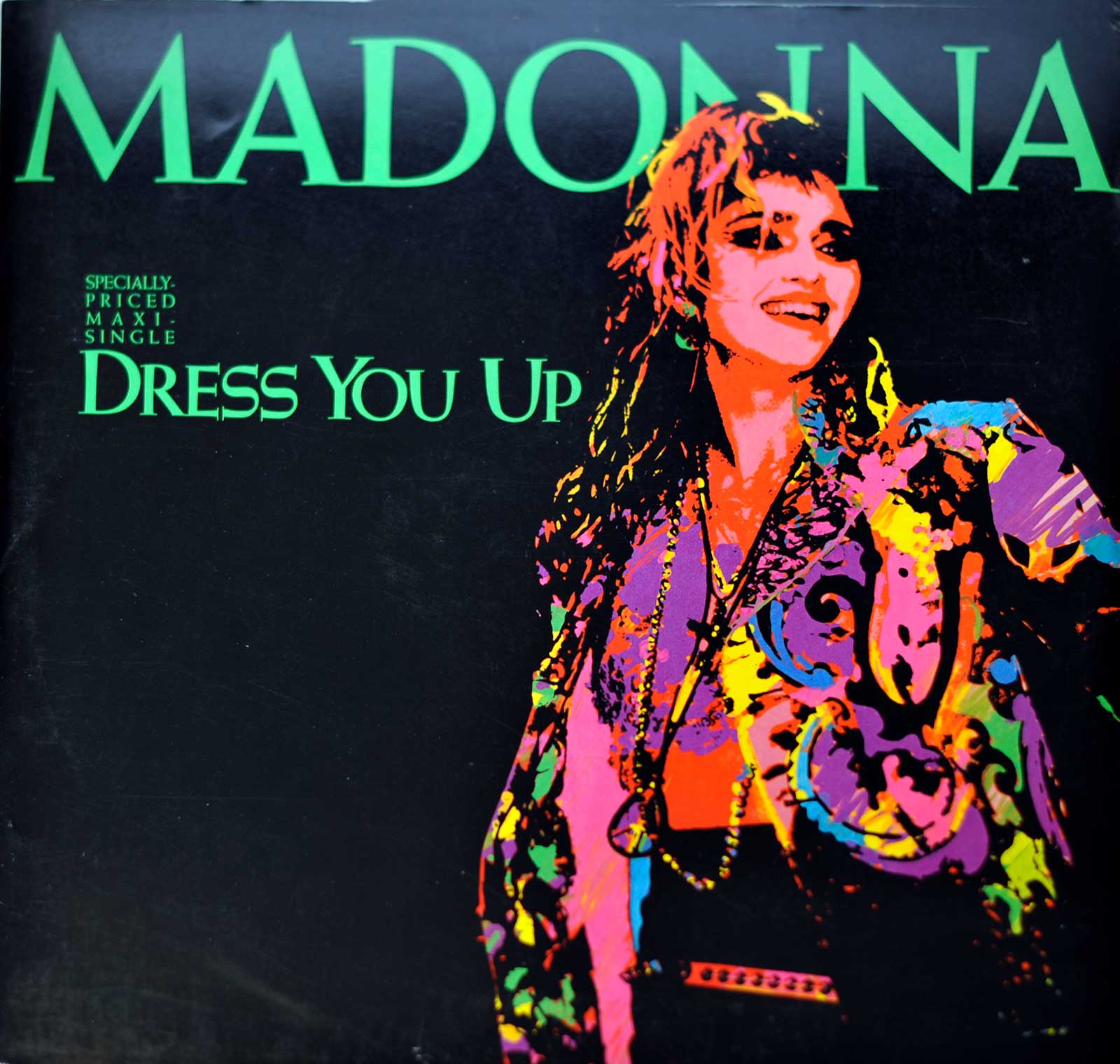