This is a very rare French promotional 12" Single. This record contains a 14:37 version of Telegraph Road. It was released before the official release of the LP "Love Over Gold" The record label print says "Hors Commerce" which translates into "Not For Sale" or "Non Commercial" 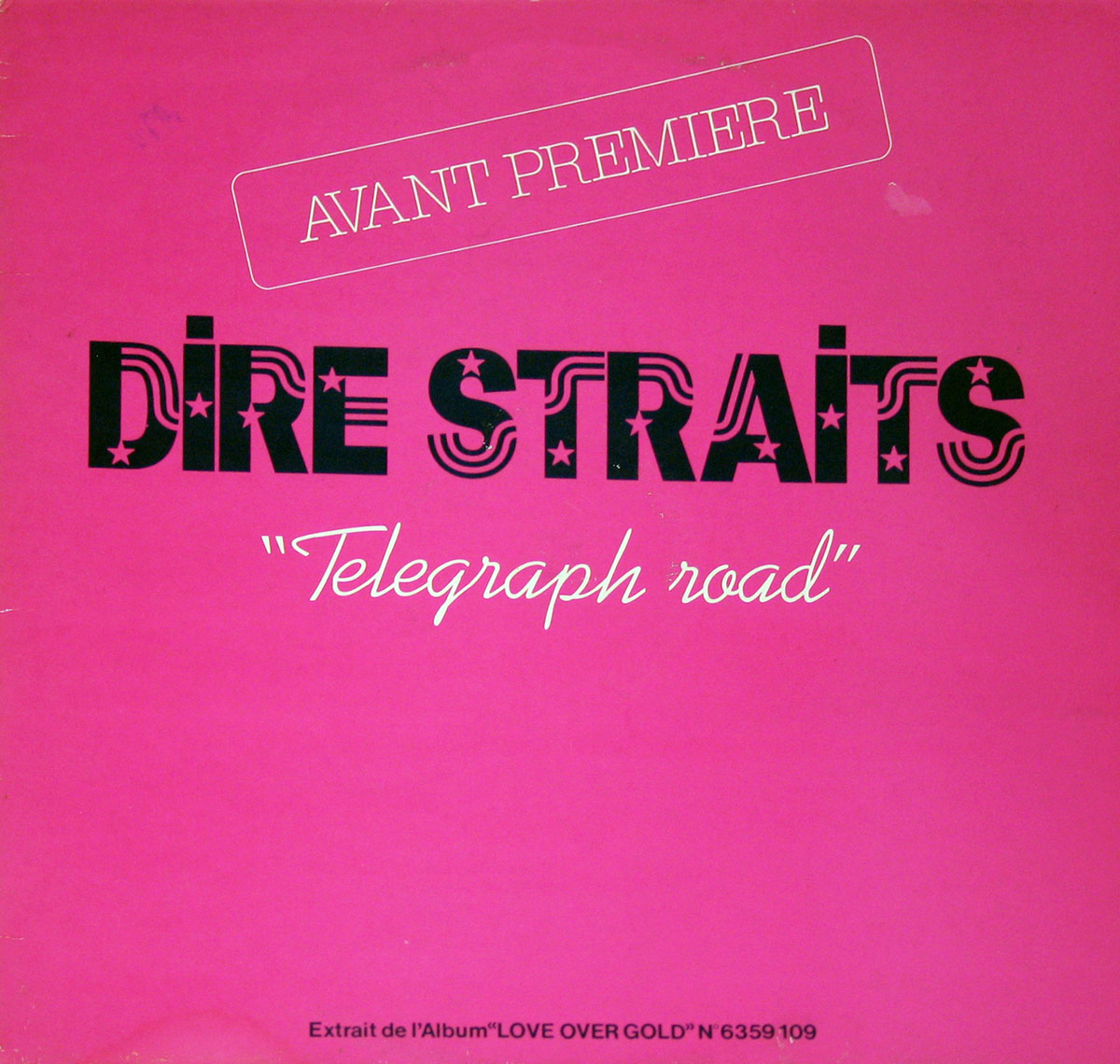