Future World is the second album of the Danish hard rock/heavy metal band Pretty Maids, produced by Eddie Kramer and released in 1987. This web-page has hi-res photos of the album covers, record label and a detailed description.

This album includes the original custom inner sleeve with album details, complete lyrics of all songs by Pretty Maids and band-photos. 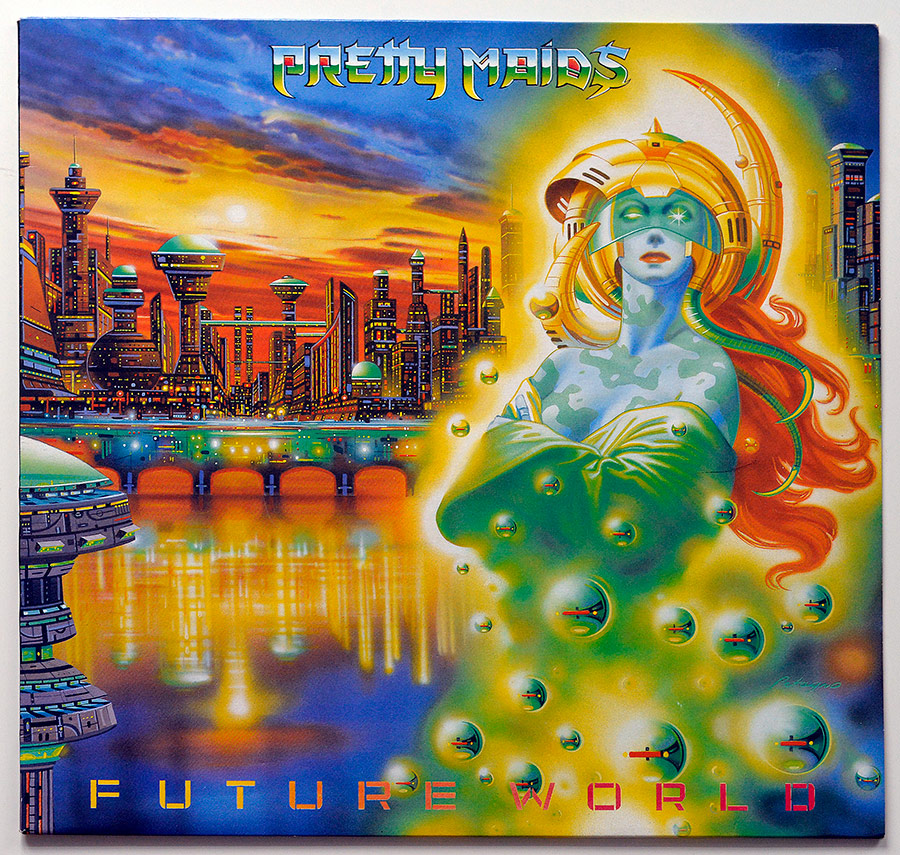 Edwin H. "Eddie" Kramer (a recording producer and engineer). Kramer has collaborated with several artists now in the Rock and Roll Hall of Fame, including the Beatles  ,  David Bowie  ,  Eric Clapton  ,  Jimi Hendrix  ,  The Kinks, Kiss  ,  Led Zeppelin  ,  the Rolling Stones    and    Carlos Santana . Kramer has also been responsible for the production and engineering of Heavy Metal bands like: Anthrax  ,  Icon  ,  Kiss  ,  Loudness  ,  TT Quick.

Flemming Rasmussen is a music producer from Denmark, who has produced and sound engineered over 1200 productions for bands like Metallica as well as many other well-known heavy metal bands including Artillery, Blind Guardian, Ensiferum, King Diamond, Morbid Angel.

Tommy Hansen - is a producer and sound engineer from Denmark, during the 1980s he has been working at the Horus Sound Studio for Heavy Metal bands like: Heavens Gate, Helloween , Pretty Maids , Rage , S.A.D.O., Steeler , Tyran' Pace , Victory . "Tommy Hansen" and "Tommy Newton" have been working together (at Horus Sound Studio, Hannover, Germany) on the recording of Heavy Metal albums for the bands like Helloween and Victory.

Joe Petagno was born in Portland, Maine and left the United States in 1972. He worked with Hipgnosis before meeting Motörhead's Lemmy in 1975, 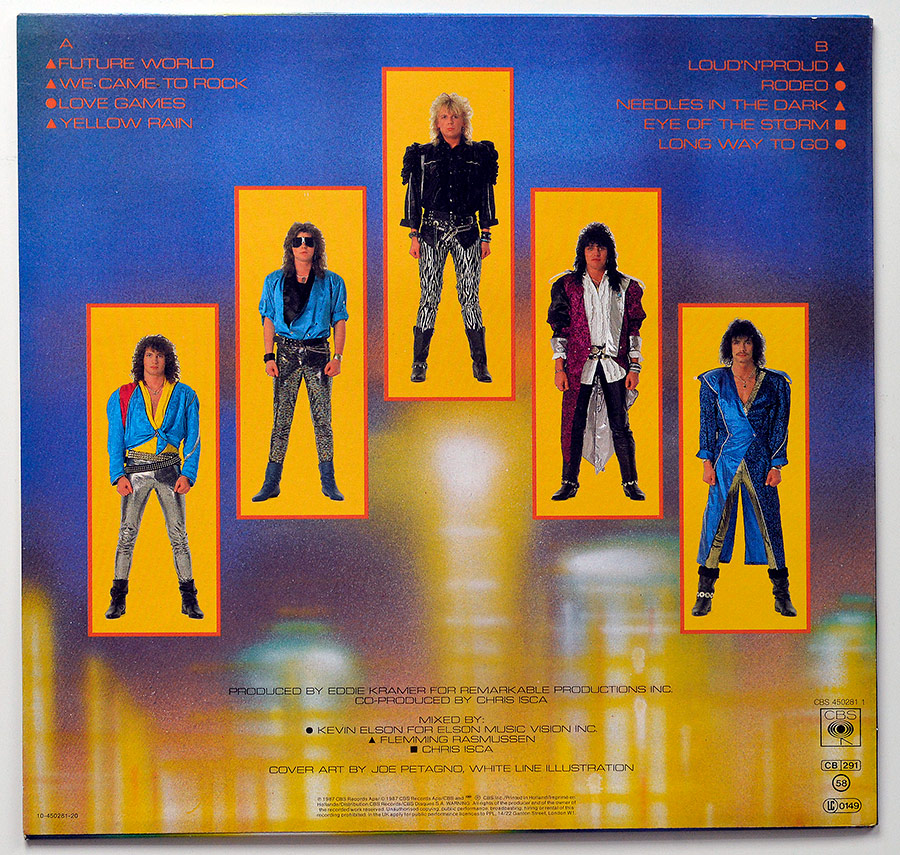 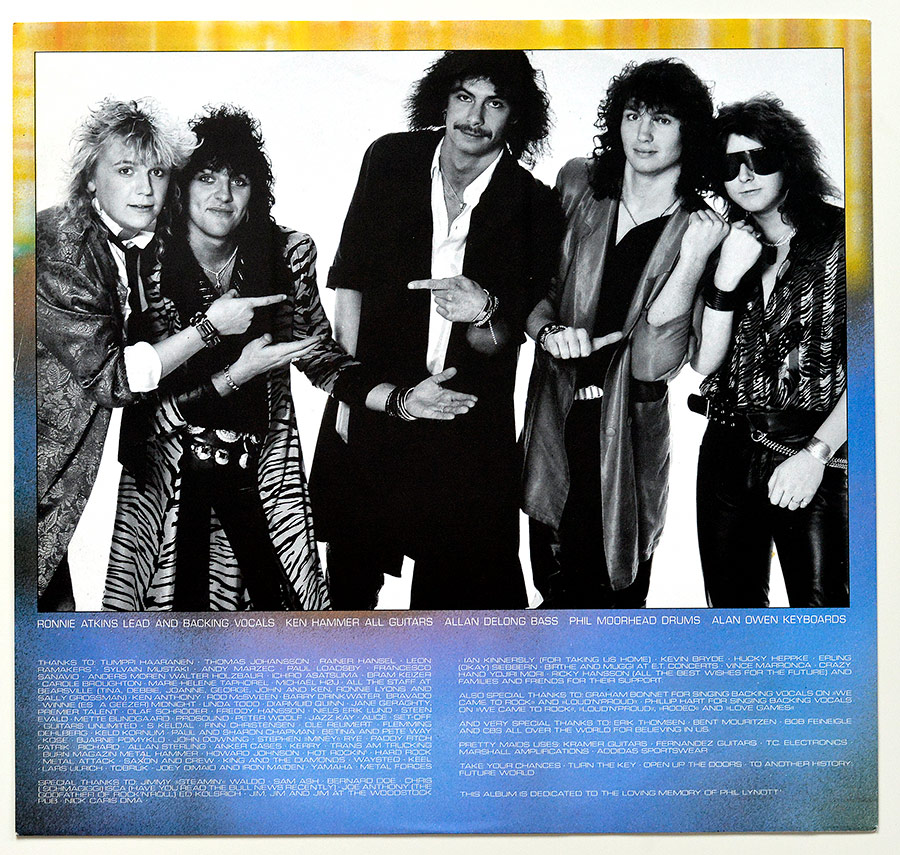 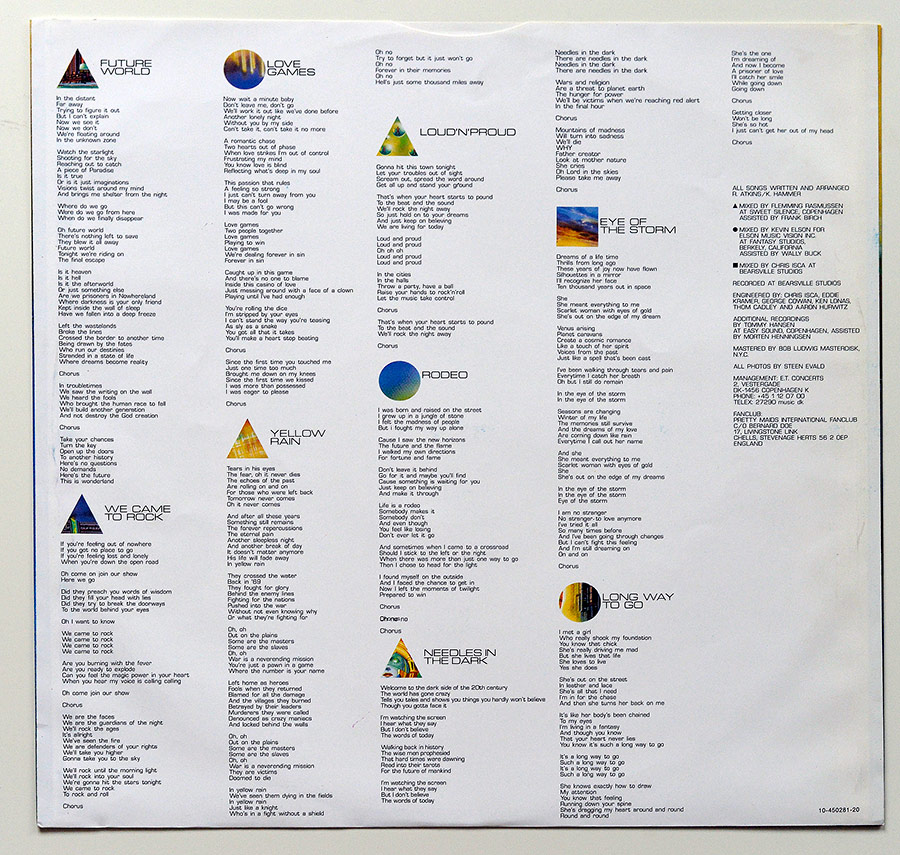 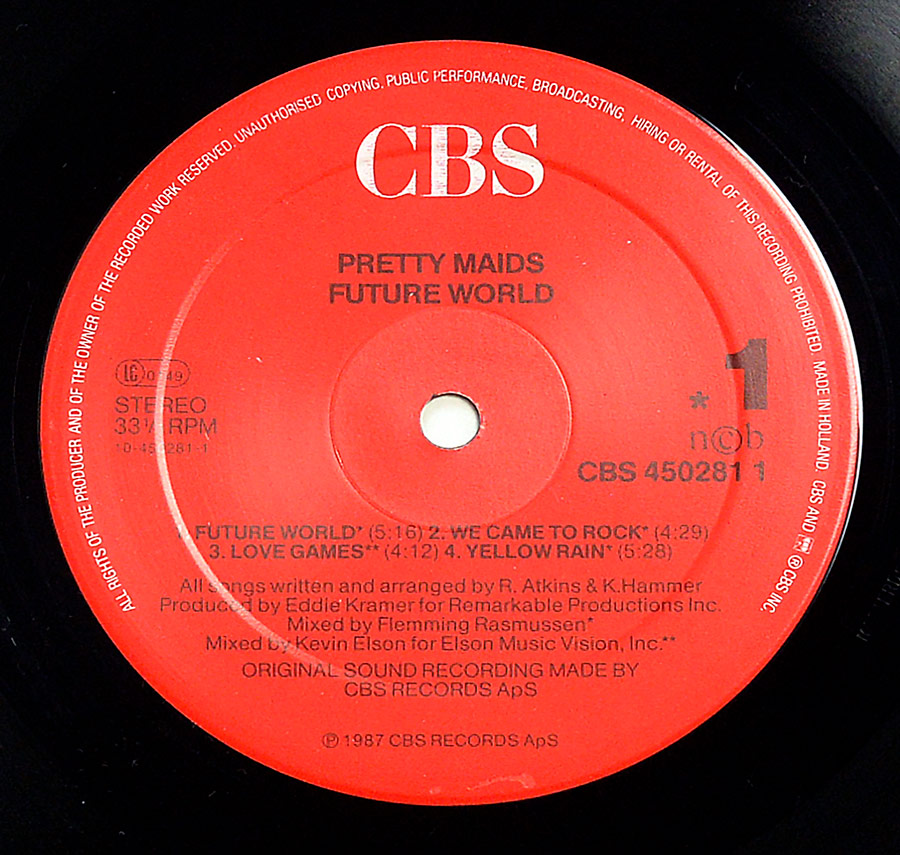 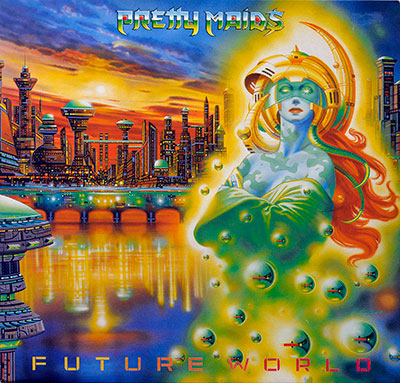 Future World is the second album of the Danish hard rock/heavy metal band Pretty Maids, produced by Eddie Kramer and released in 1987. 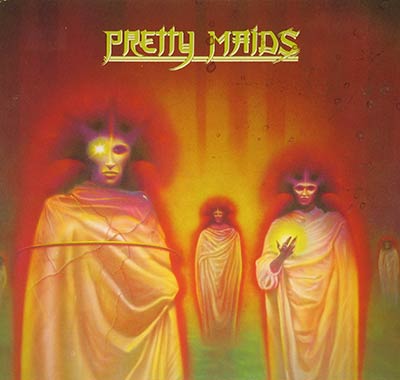 "Pretty Maids" is the self-titled debut album by the Danish Heavy Metal band: "Pretty Maids". It is an EP album and initially released in 1983. 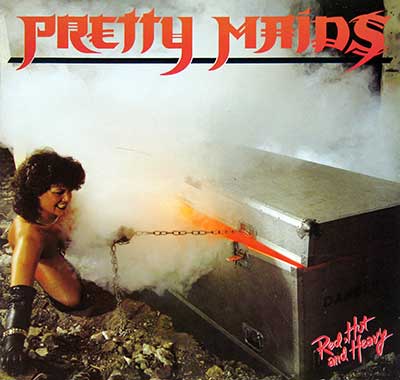 "Red, Hot and Heavy" was released in 1984 and a follow-up on their self-titled debut record. 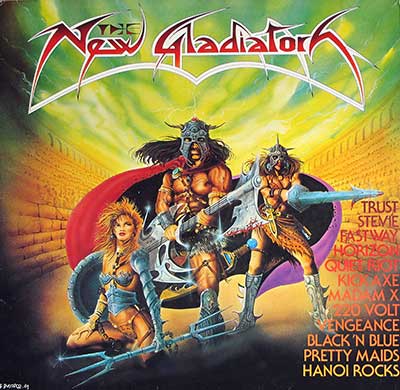 This album "NEW GLADIATORS" is a compilation album of various new heavy metal bands from the early 80s.