"Breaker" is the third album released by the speed metal band Accept. It was recorded from December 1980 to January 1981 at Delta-Studio, Wilster. This web page has photos of album covers, inner sleeves, record labels together with production details, musicians and track-listing. 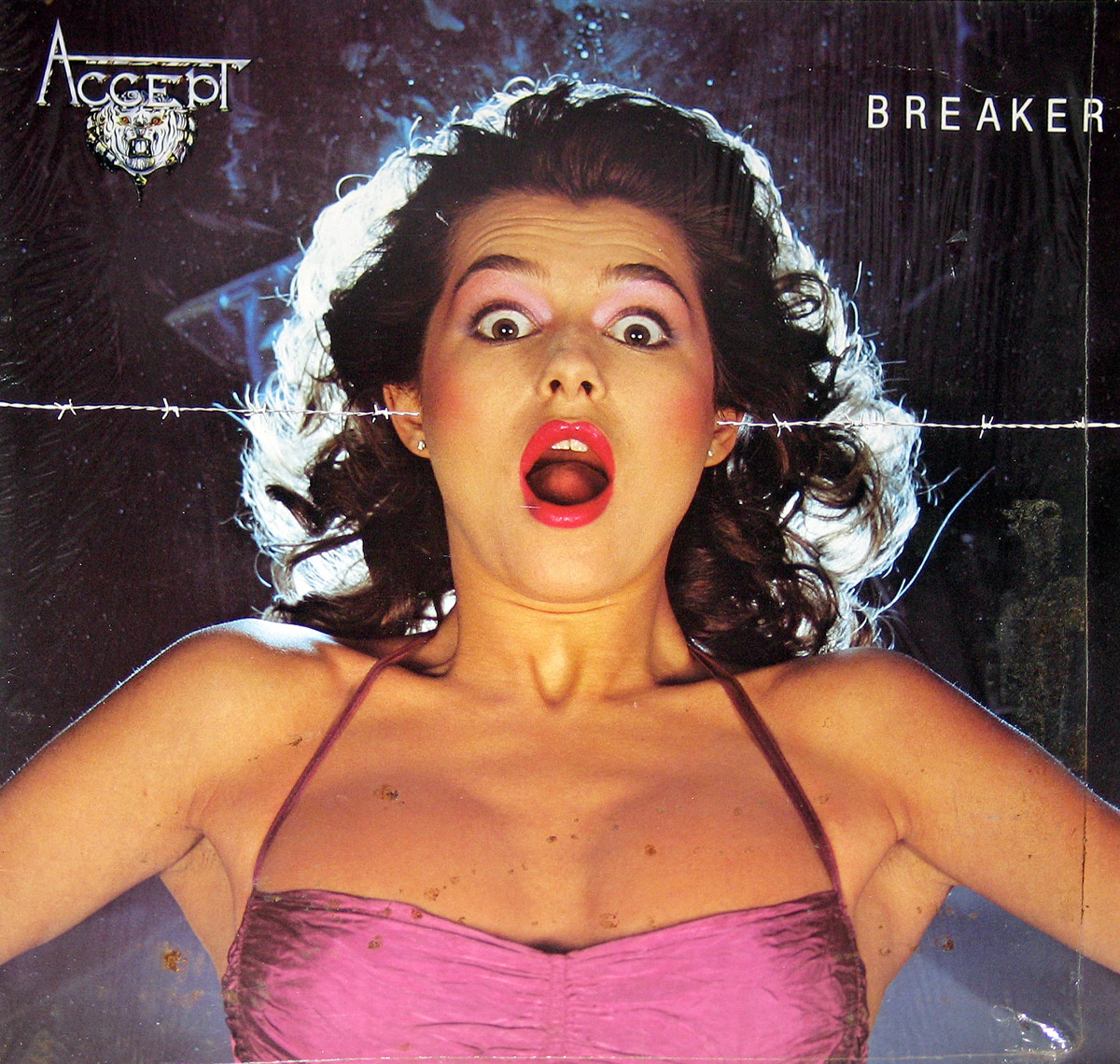 Dirk Steffens - From the late 1970s and onwards, Dirk Steffens was an active and noted Record Producer in the Germany area, and this is a list of artists and recordings he produced: Accept , Running Wild , Pink Cream 69, Sinner, Zed Yago.

Photo Of The Back Cover ACCEPT - Breaker 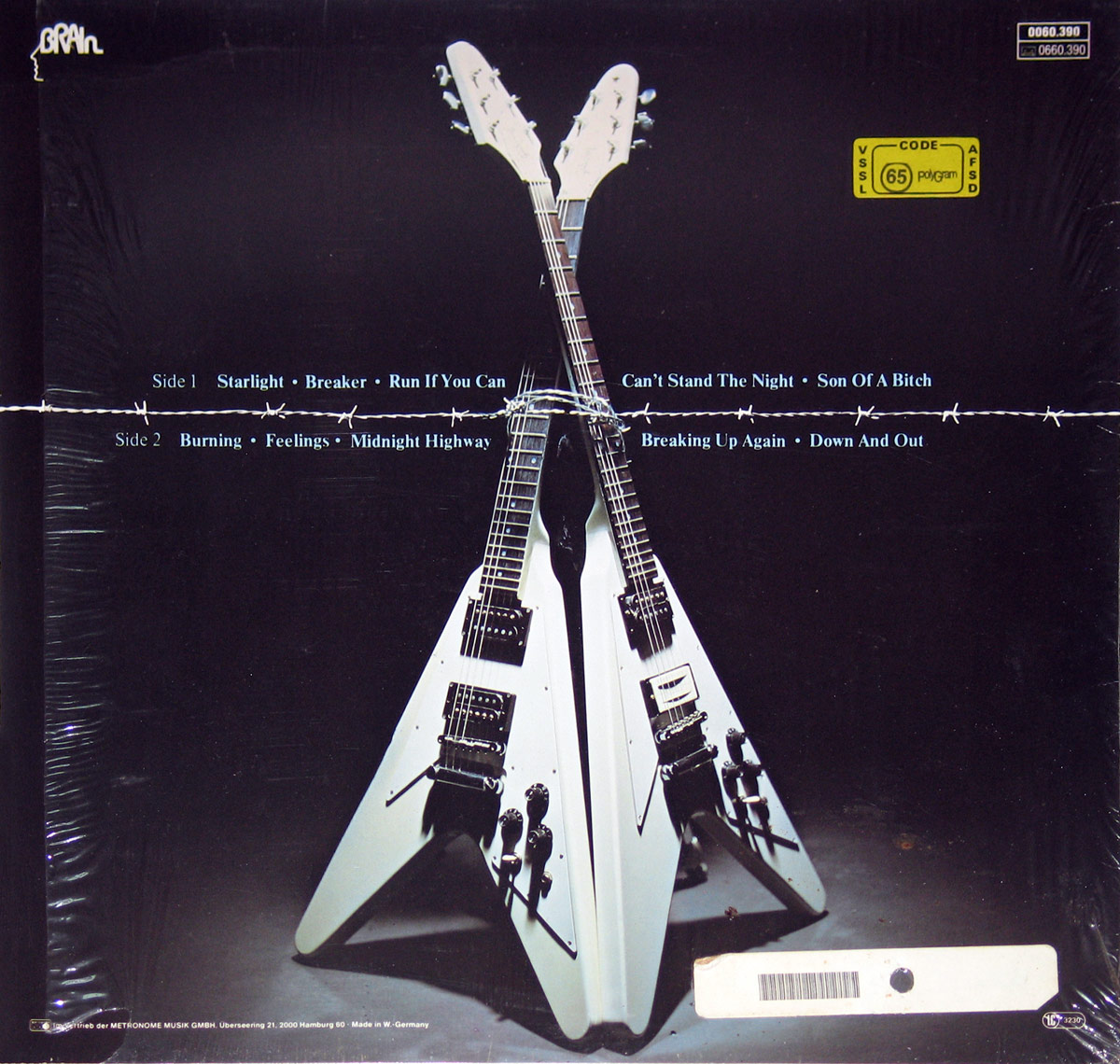 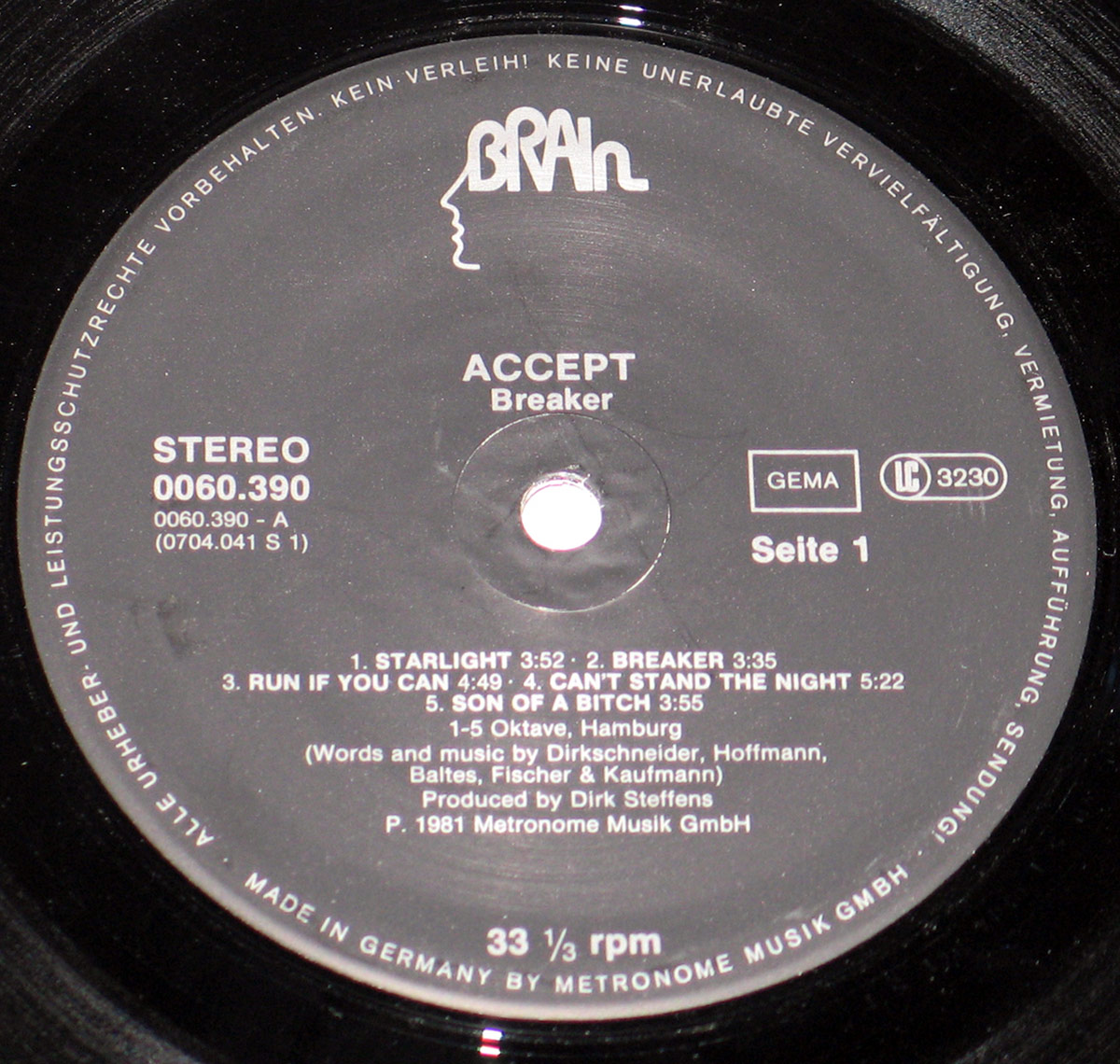 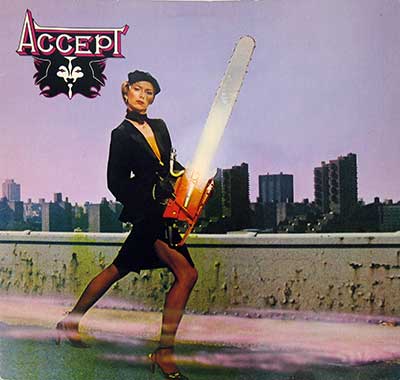 "ACCEPT" is the self-titled debut album released by the German heavy metal band Accept. It was recorded in 1978 and released in early 1979 on the German label Brain Records. Drums on the record are played by Frank Friedrich, but he chose not to pursue a professional music career and so his place was taken by Stefan Kaufmann just prior to the album's release 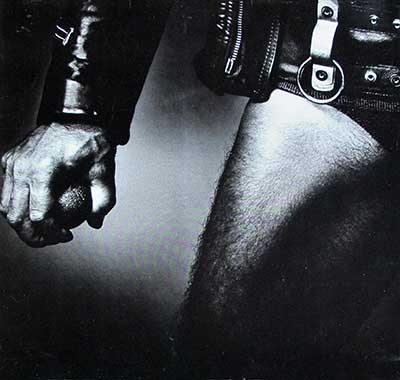 "Balls To The Walle" is the fifth album by the German metal band Accept. It is the band's best known and highest-selling album, selling about two million copies worldwide 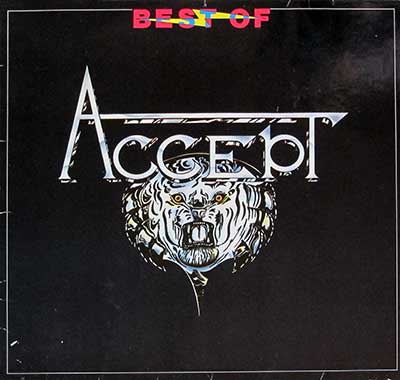 "Best of Accept" is a compilation album by German heavy metal band Accept, released in 1983. The songs on the album were pulled from Accept's earliest four solo albums, namely Accept, I'm a Rebel, Breaker, and Restless and Wild 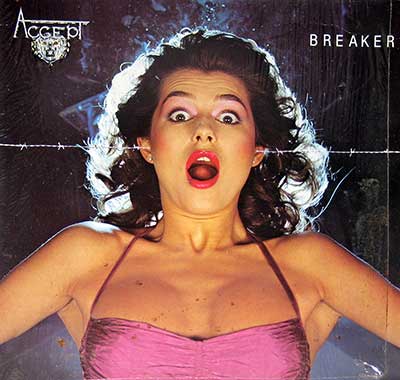 "Breaker" is the third album released by the speed metal band Accept. It was recorded from December 1980 to January 1981 at Delta-Studio, Wilster. 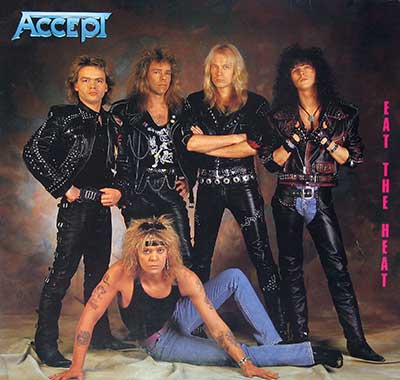 "Eat the Heat" is the 1989 release by German Heavy metal band Accept. It was recorded at Dierks-Studios, in Cologne, from September 1988 to January 1989. Although Jim Stacey is presented as guitar player in the band on the album cover, the cover text also states that all guitars are by Wolf Hoffmann. 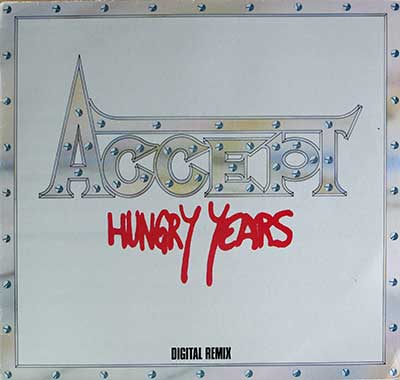 This album "Hungry Years Digital Remix"  is a compilation album with digital  remixes  of selected tracks from their 2nd, 3rd and 4th albums 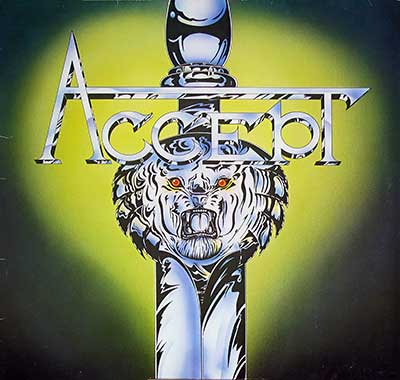 "I'm a Rebel" is the second album by the heavy metal band Accept, recorded in 1979 and released in 1980 It was the first of three consecutive Accept records to utilize Dirk Steffens as producer. 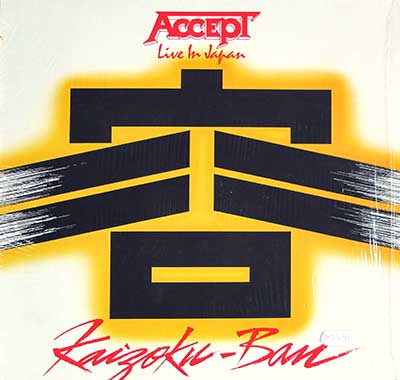 "Kaizoku-Ban" is a live mini album or EP by Accept. It was recorded in Nagoya, Japan September 19, 1985 and released on vinyl the same year. 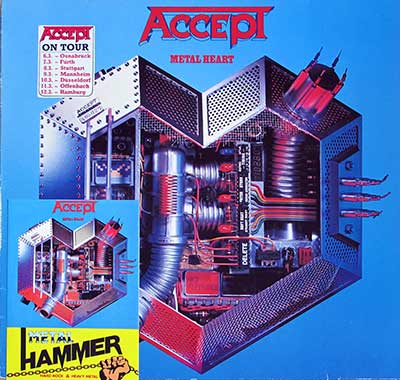 "Metal Heart" is the 1985 release by German heavy metal band Accept. Although the group had recorded before at Dierks-Studios, this was the first album produced by Dieter Dierks 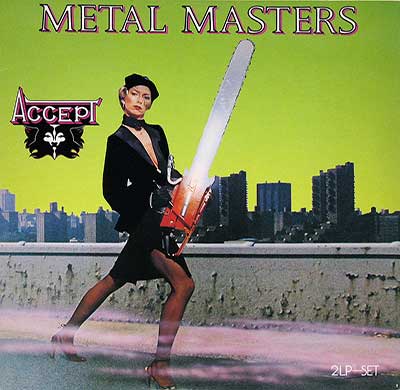 "Metal Masters" is a compilation album of songs by the German Heavy Metal band: ACCEPT. This release was issued as a double LP on the Brain Record label and produced by Frank Marin. 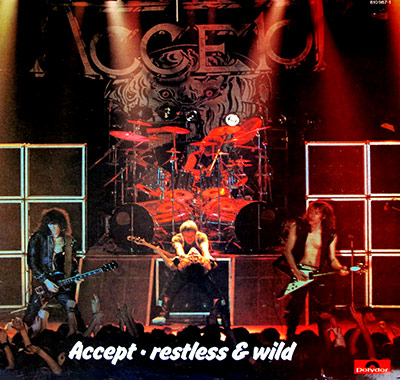 This is the French release of "Restless and Wild" by the German Heavy Metal band "ACCEPT" and has been released on the Venus records. The album front cover shows the Accept band live on stage and this front cover is different from other European releases (which show two white "Gibson Flying V" guitars burning into flames ) 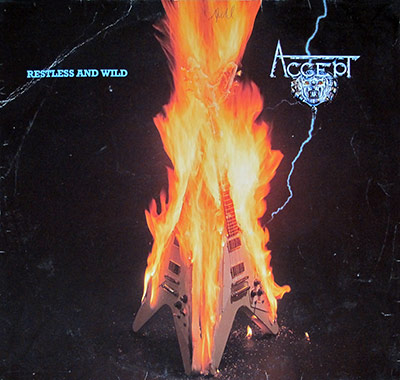 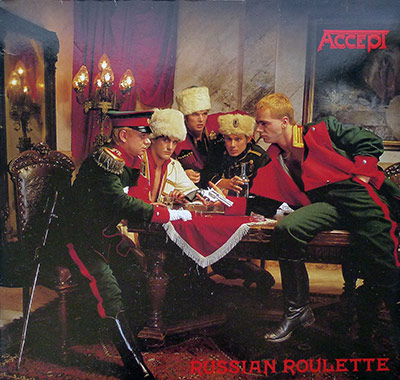 "Russian Roulette" is the 1986 release by German heavy metal band Accept. It was again recorded at Dierks-Studios, but the band chose to self-produce rather than bring back Dieter Dierks as producer. It would be the last Accept album to feature Udo Dirkschneider as lead vocalist 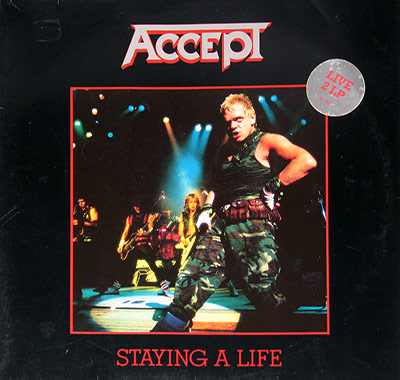 "Staying a Life" is a double live album by Accept. It was recorded in Osaka, Japan in 1985. It was released in 1990, shortly after the band's first breakup. It was mixed by Uli Baronowsky at Dierks Studios