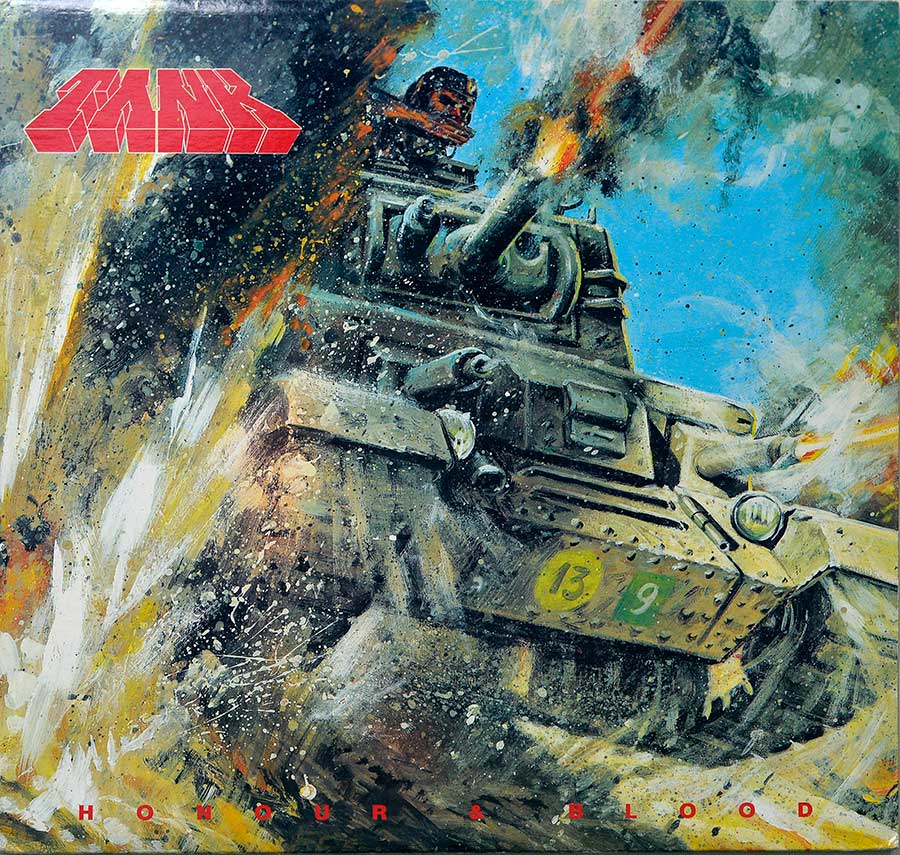 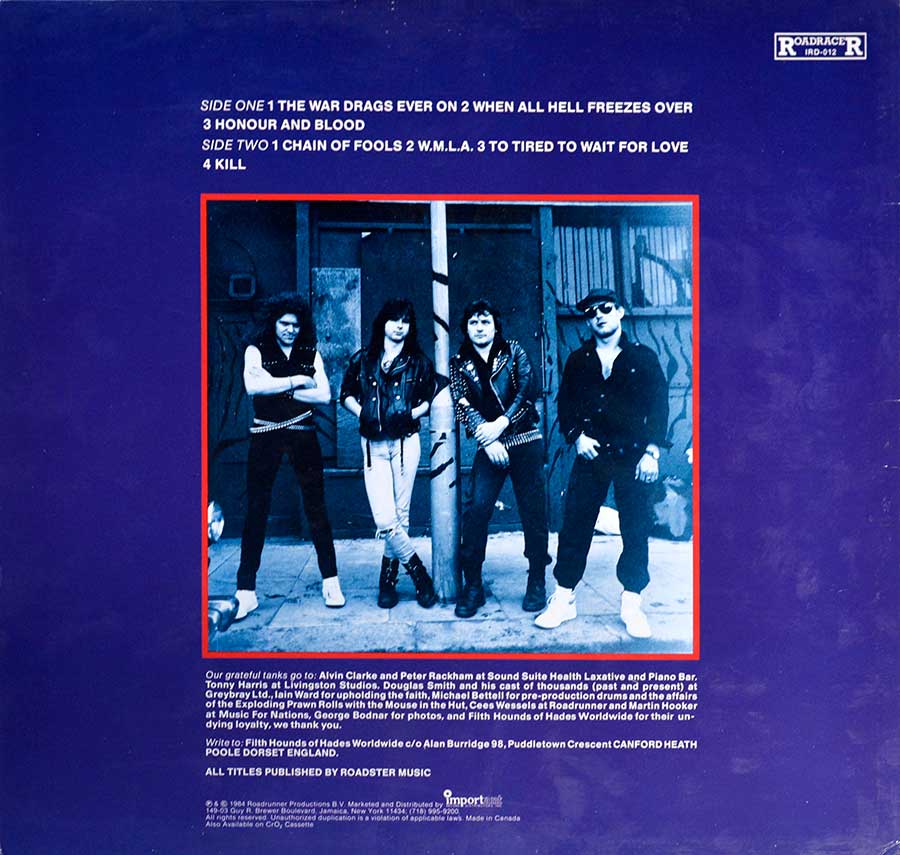 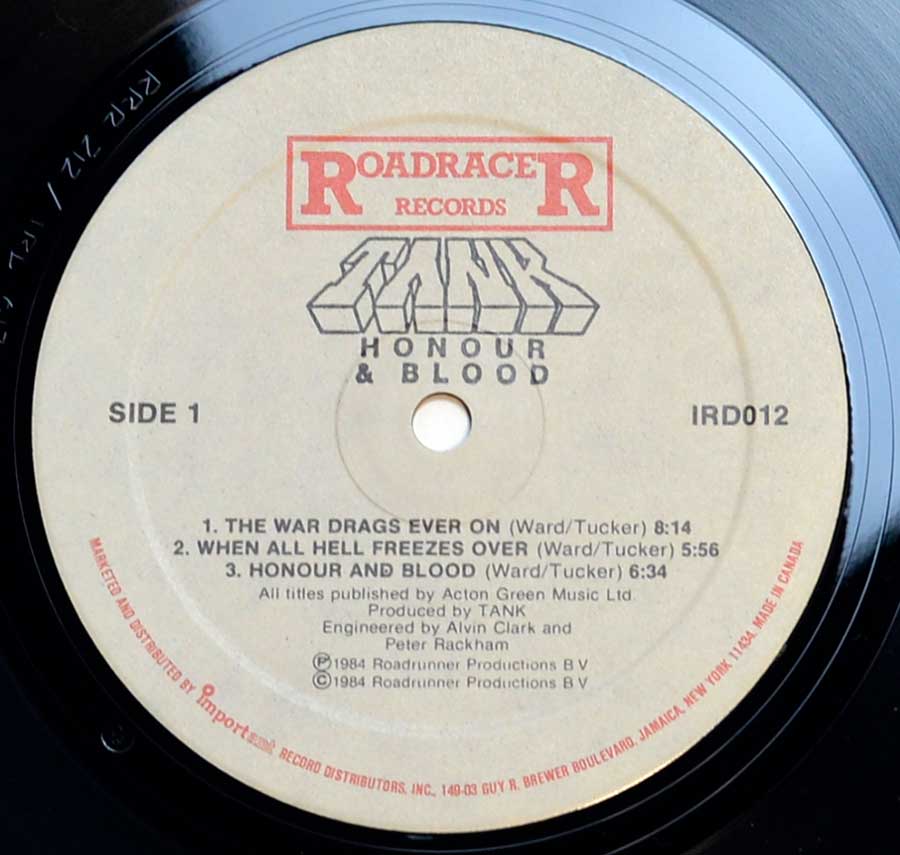 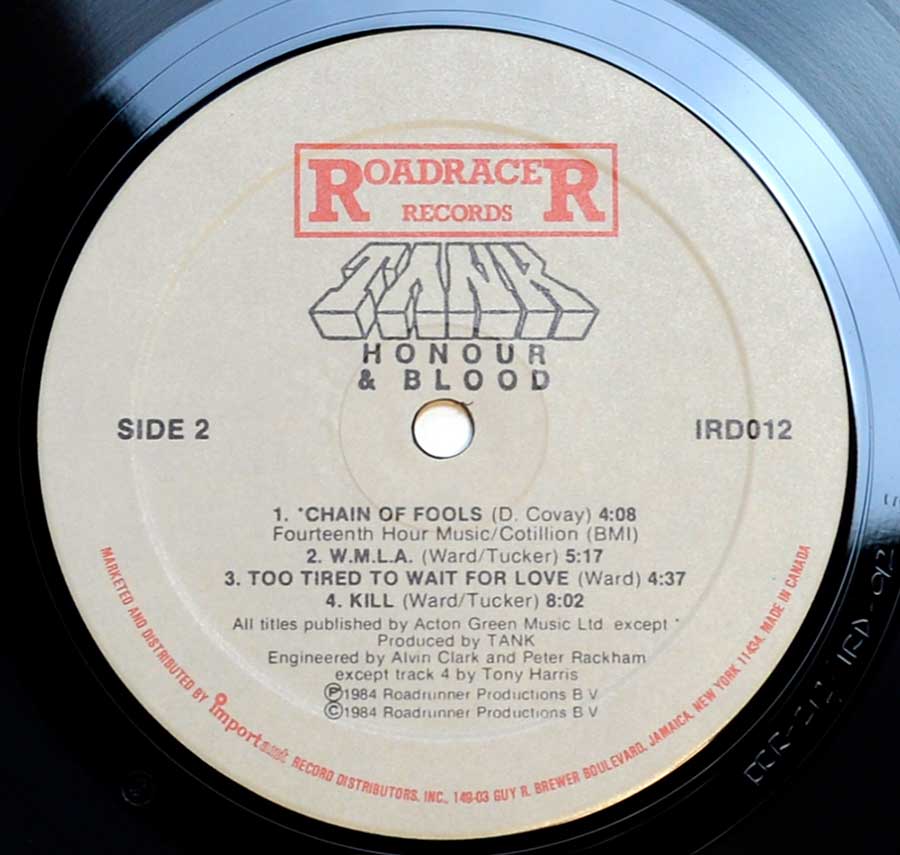 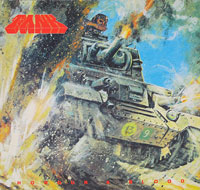 This album "TANK - Honour and Blood" is the fourth full length album by the NWOBHM band: TANK 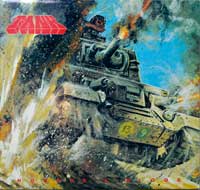 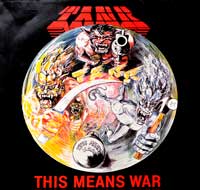 This is the European release of "This Means War" 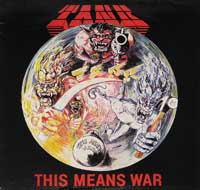 "This Means War" is the third album by British heavy metal band Tank, released in 1983. On this album, the line-up expanded to a four-piece, with the addition of second guitarist Mick Tucker, former member of the NWOBHM band "White Spirit". Thanks to Tucker's songwriting contributions and to the sound expanded by an extra guitar, the band changed their music in comparison with their previous albums with longer, more melodic compositions, which helped differentiate Tank from Motörhead, the band they were often compared to. 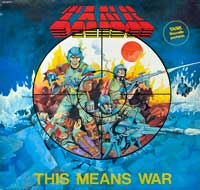 This is the hard to find French release of Tank's This Means War which has a diffent illustration on the album cover.