Holy Diver is the debut album of heavy metal band Dio. Released on May 25, 1983, it has been hailed by critics as Dio's best work and a classic staple in the heavy metal genre  This original cover offended churches because it looks as if the monster on the album was killing a Roman Catholic priest. This album includes the original custom inner sleeve with many photos of Ronnie James Dio and his band 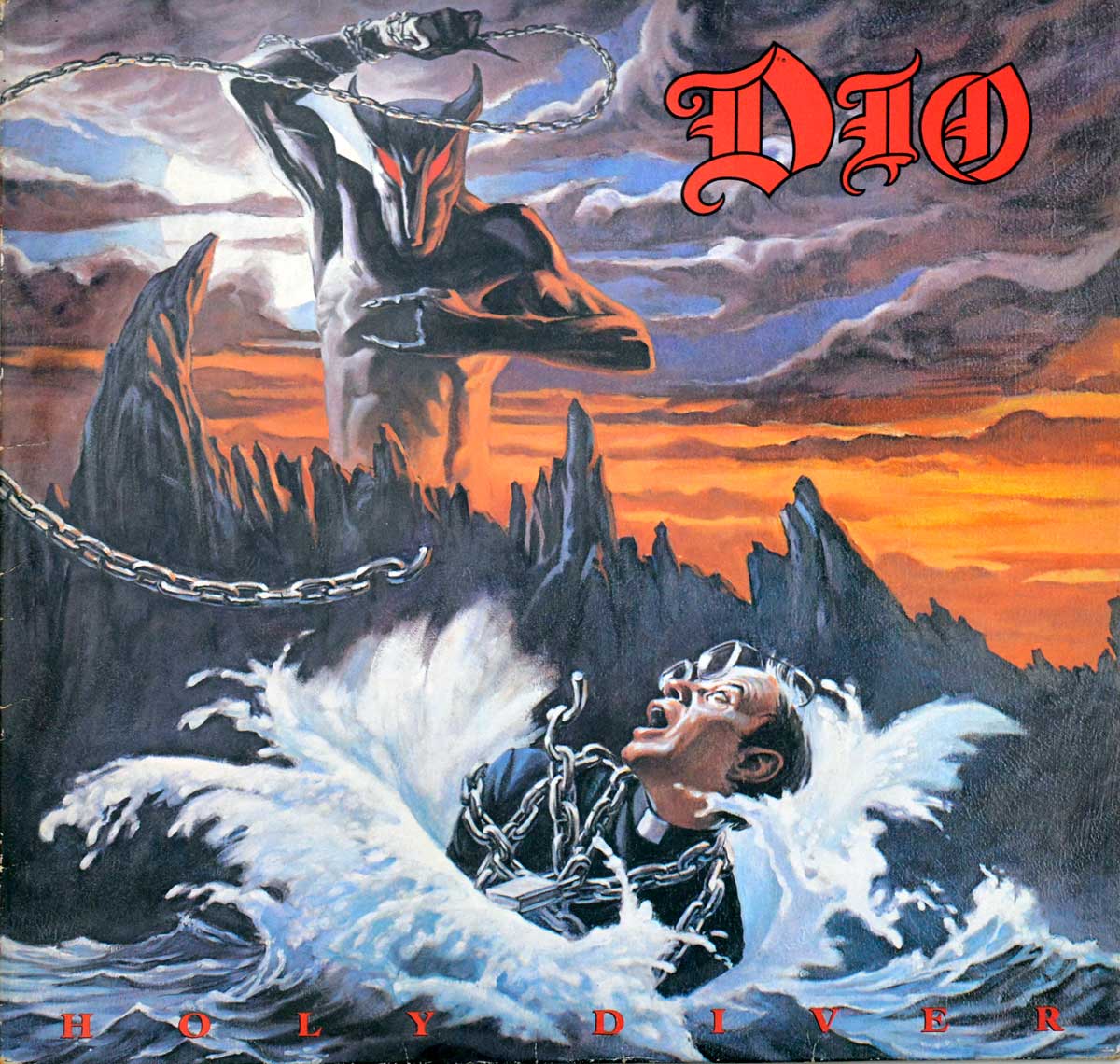 This album "DIO Holy Diver" includes the original custom inner sleeve with a collage of the DIO band-members,

Mark Weiss is an American rock and roll photographer. His most widely recognized photographs capture the look and aesthetic of music and celebrity personalities of the 1980s. His work with renowned publications such as Circus magazine and FACES helped establish Mark "Weissguy" Weiss as a name known for rock photography. He has photographed everyone from the Rolling Stones , KISS , Madonna , to the Wu Tang Clan.Source: Wikipedia

Photo Of The Back Cover DIO Holy Diver

Close up of the record's label Side One DIO Holy Diver

Close up of the record's label Side Two DIO Holy Diver