"Dancing Undercover" is ranked in the top 50 Glam Metal albums of Metal Rules. 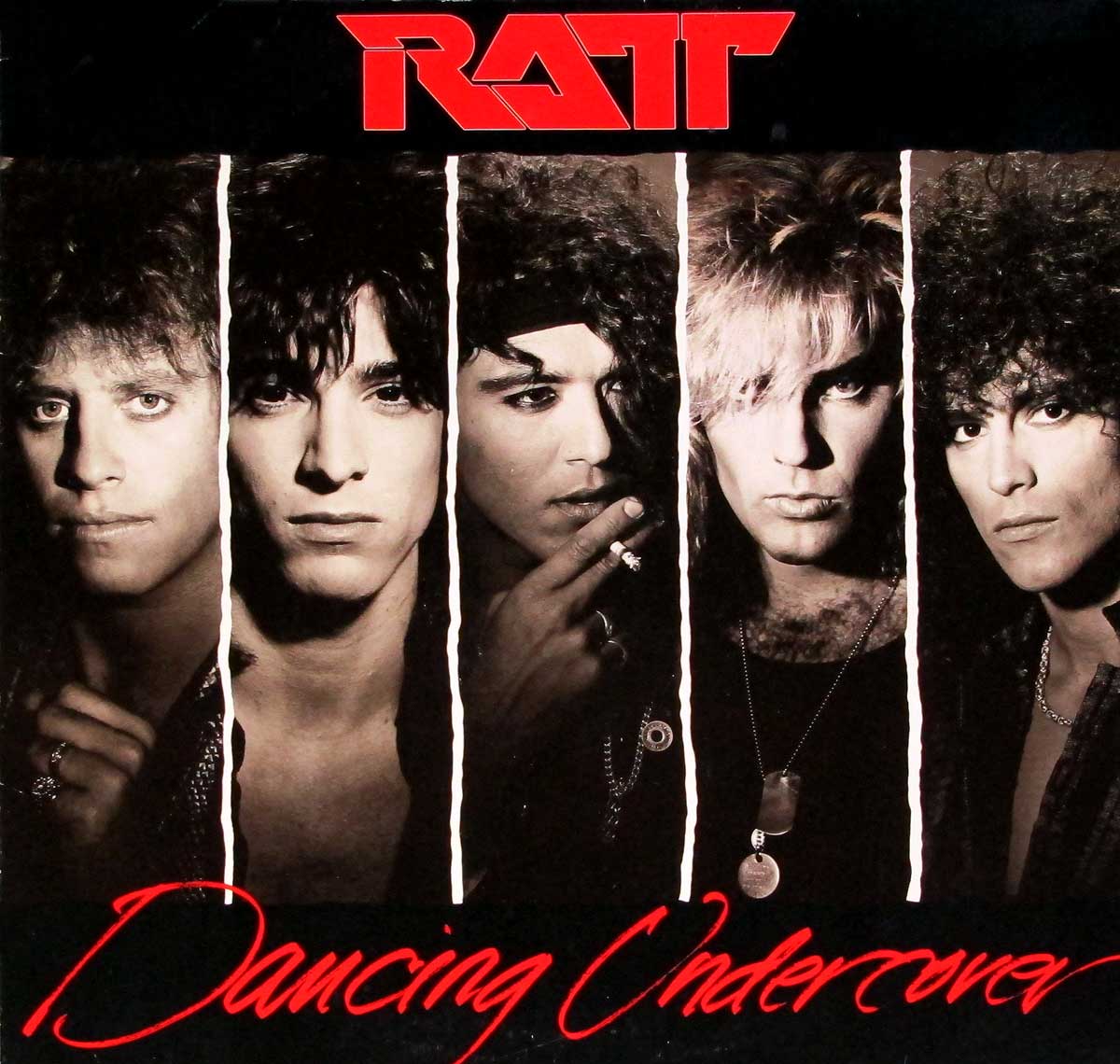 Photo Of The Back Cover RATT - Dancing Undercover 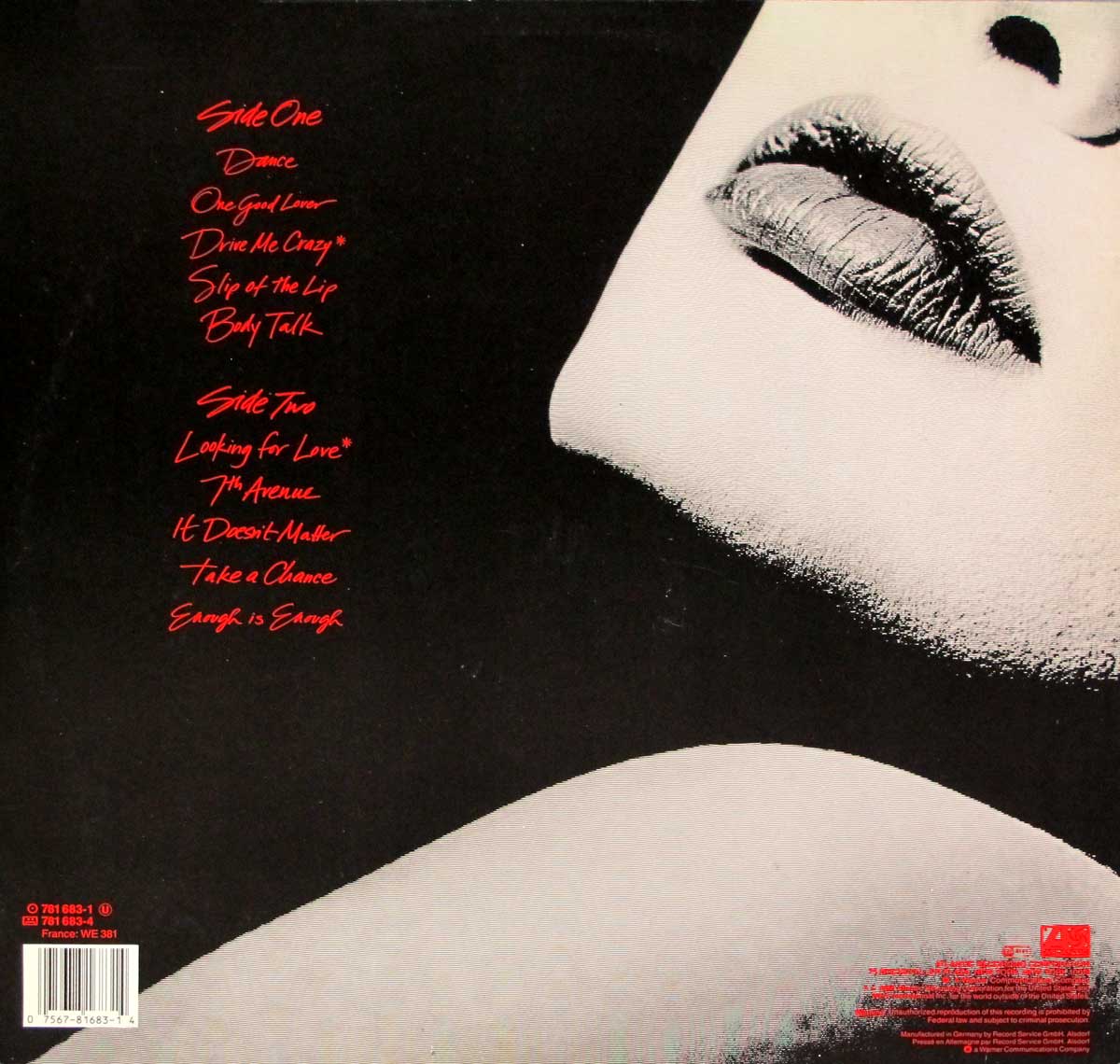 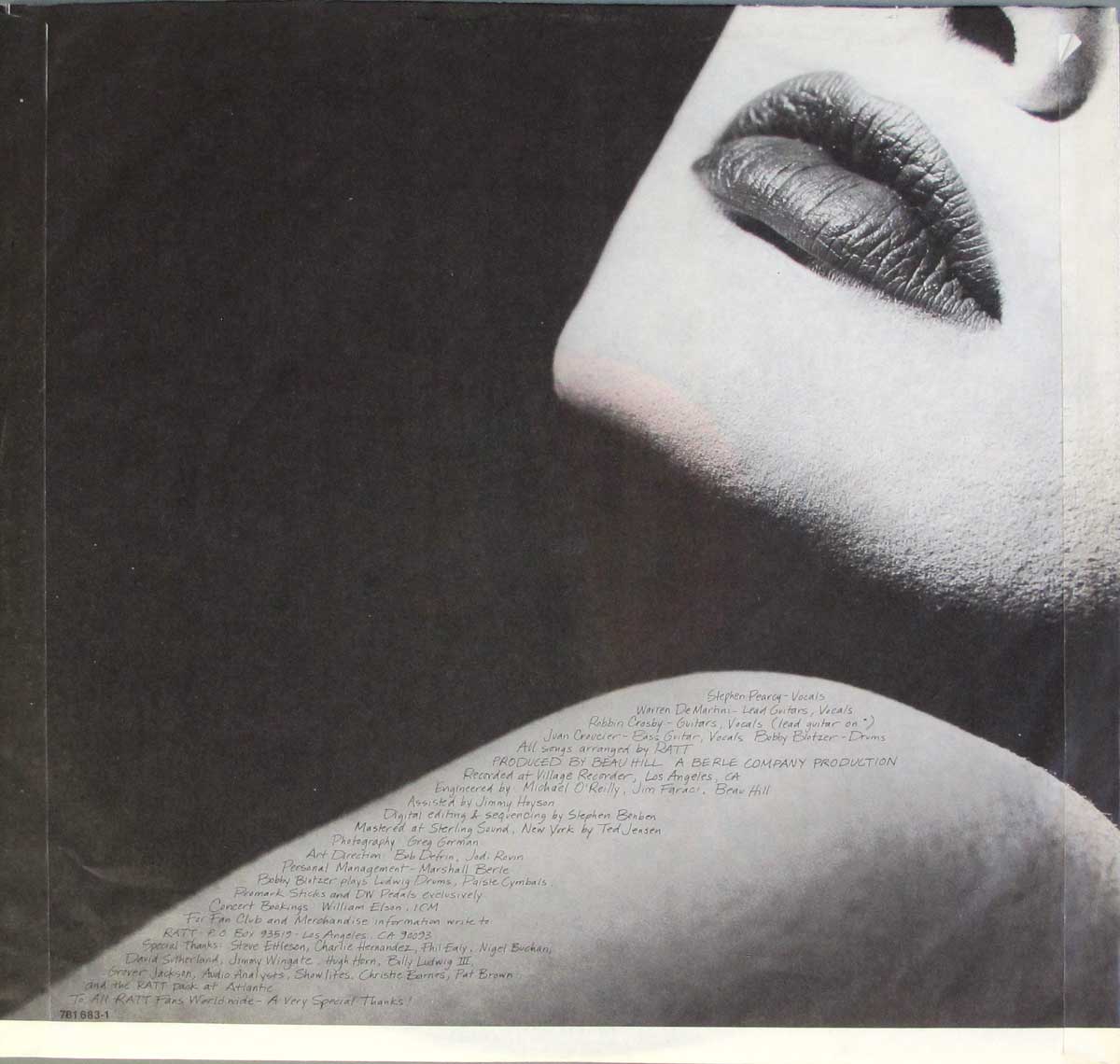 Close up of the RATT - Dancing Undercover record's label 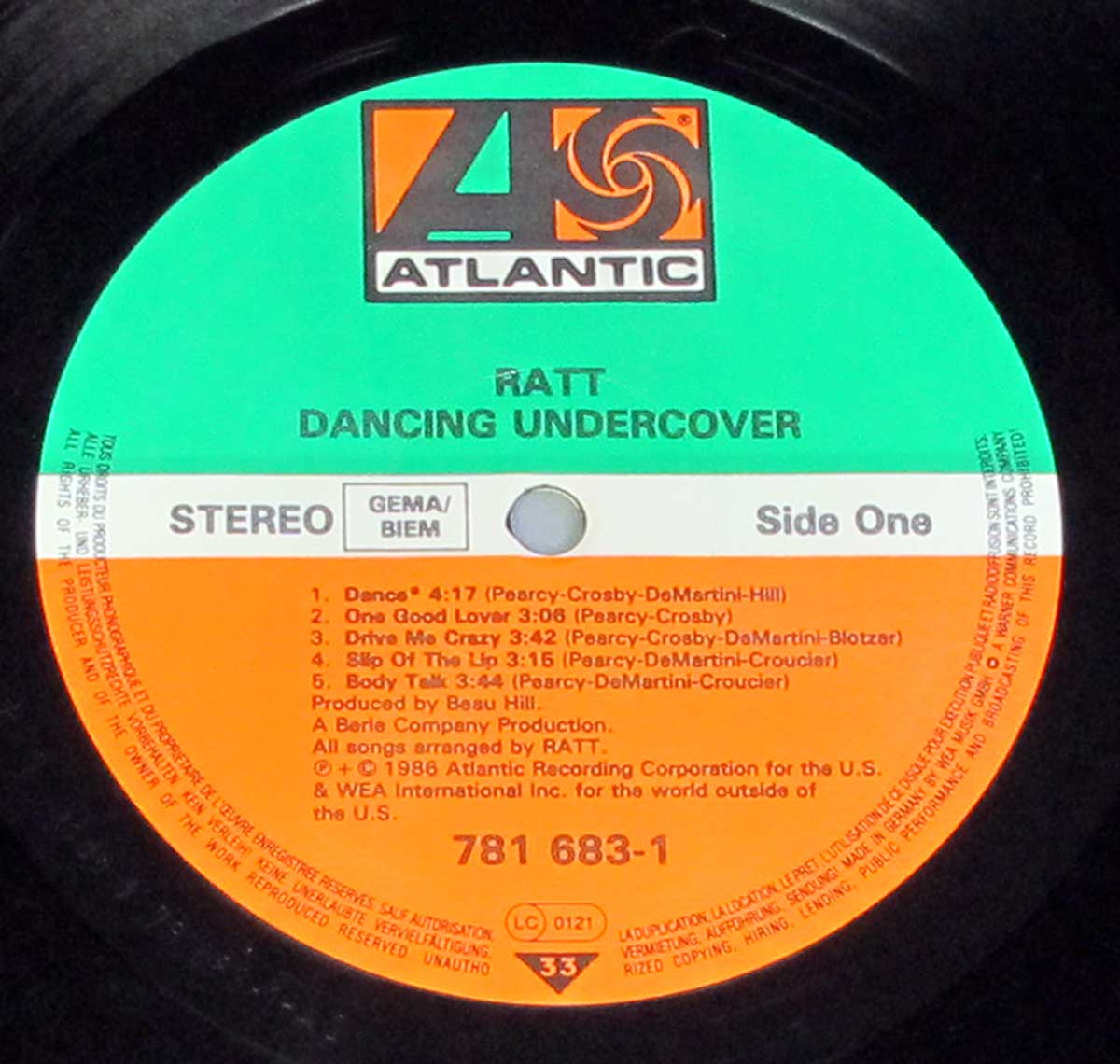 Band's description: RATT is an American heavy metal band that was formed in Los Angeles, California in 1983. The band's original lineup consisted of Stephen Pearcy (vocals), Robbin Crosby (guitar), Warren DeMartini (guitar), Juan Croucier (bass), and Bobby Blotzer (drums). They released their debut album, "Out of the Cellar," in 1984, which included the hit single "Round and Round" which reached number 12 on the Billboard Hot 100 chart.

RATT's commercial success continued throughout the mid-1980s with the release of the albums "Invasion of Your Privacy" (1985) and "Dancing Undercover" (1986). The band's sound is characterized by catchy hooks, guitar solos, and a strong emphasis on melody. They have sold over 15 million records worldwide.

RATT went through several lineup changes over the years, and the band has had several hiatus and reunion since 2010. Pearcy is the only original member still active in the band as of 2021.