"The Years of Decay" is considered Overkill's breakthrough album, It featured one of the bands best known songs "Elimination", which had a popular music video. Many fans and critics consider this to be one of their best albums. "The Years of Decay" is the fourth studio album by thrash metal band Overkill. It was released in 1989 on the Megaforce label, with distribution handled by Atlantic Records. 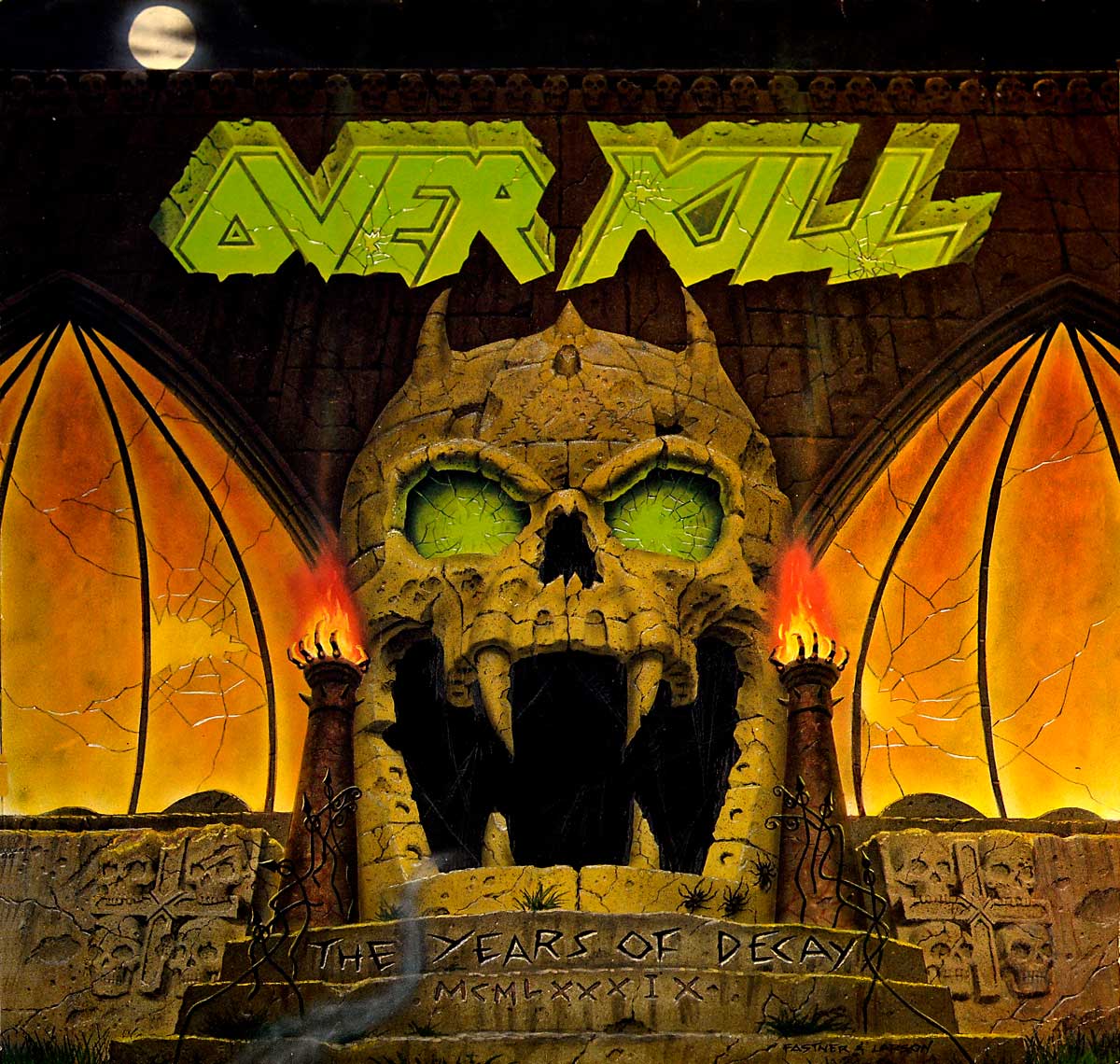 Jon Zazula is founder of the Megaforce record company , is a record producer and discovered and promoted Metallica.

Marsha Zazula ( Executive ) Producer and together with her husband Jon Zazula founder and owner of Megaforce records company. During the 1980s she has produced two dozen of albums for bands like Hades, Overkill, Raven, Anthrax and others.

Matt Lane has been producer or engineer for records of: Overkill, Fates Warning, Liege Lord, Evoken.

The "Years of Decay" was ecorded at: Carriage House Studios, Stamford, CT, June/July 1989

Howie Weinberg has during his career mastered hundreds of records in all kinds of musical genres. For the Heavy Metal music genre he has mastered for bands like: Anthrax, Celtic Frost, Cro-Mags, Danzig, Manowar, Meliah Rage, Overkill, Ozzy Osbourne, Riot V, Scorpions, Sepultura, Slayer, White Zombie and many many others.

Michael Paras (Photographer) for the Overkill albums: Years of Decay and Horrorscope 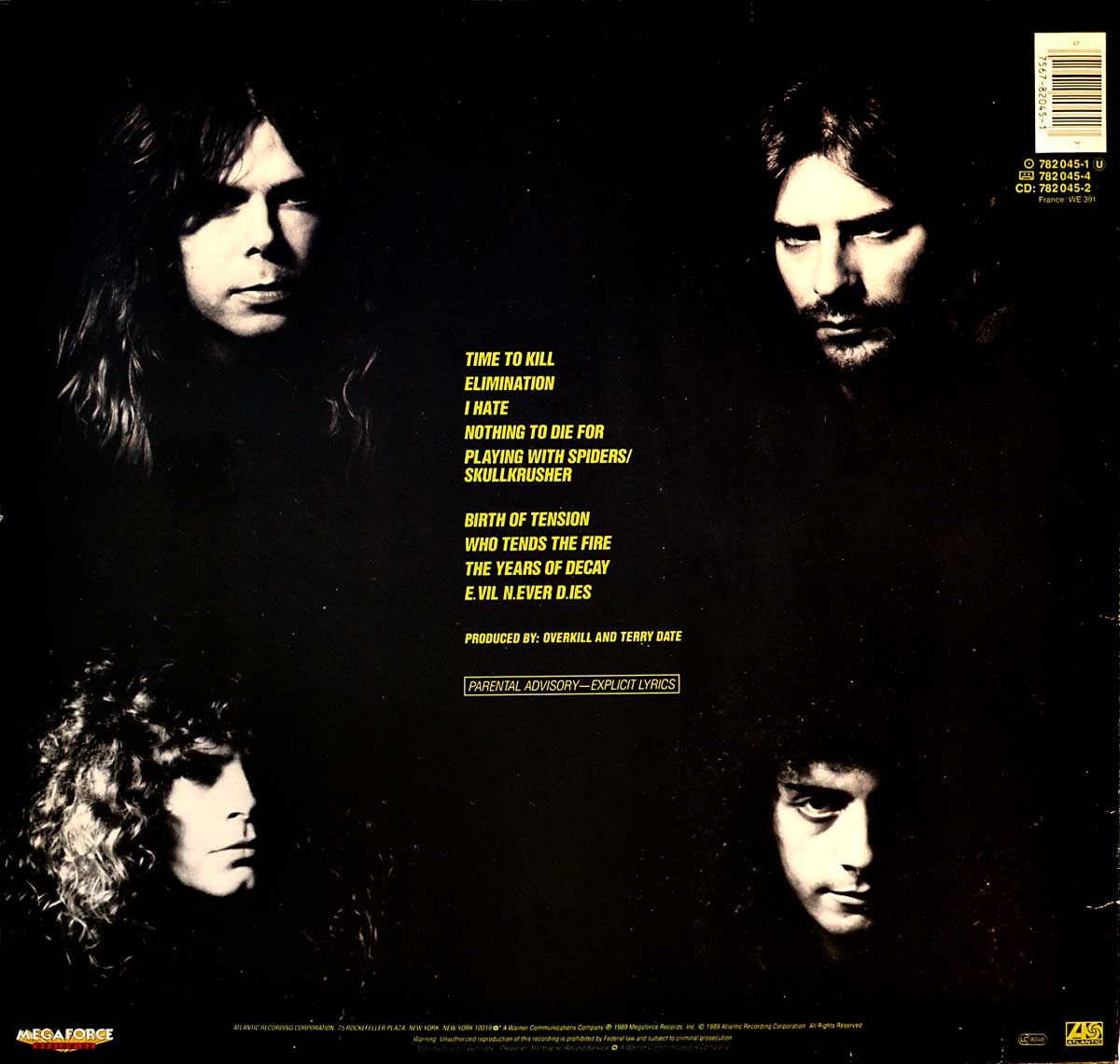 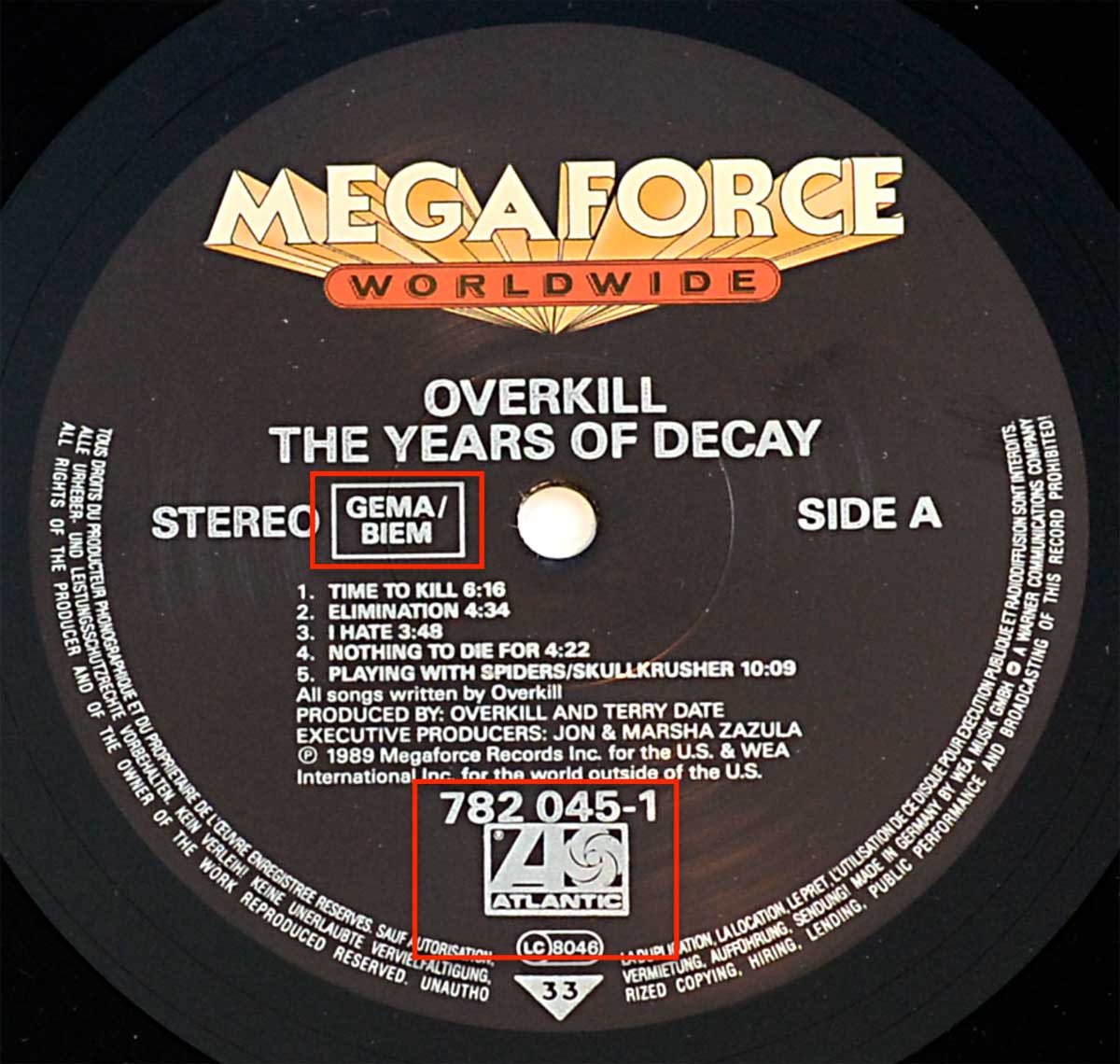