Vulcain is a French hard rock and heavy metal band formed in 1981 by Daniel Puzio (vocals and guitar) and his brother Vincent Puzio (bass). During 1981 the band is joined by Didier Lohezic (guitar) and Franck Vilatte (drums). In the summer of 1981 they recorded their first demo on the private label. In 1983 the band signs up with Ebony records and their track "Vulcain" is released on the compilation album "Metal Plated". 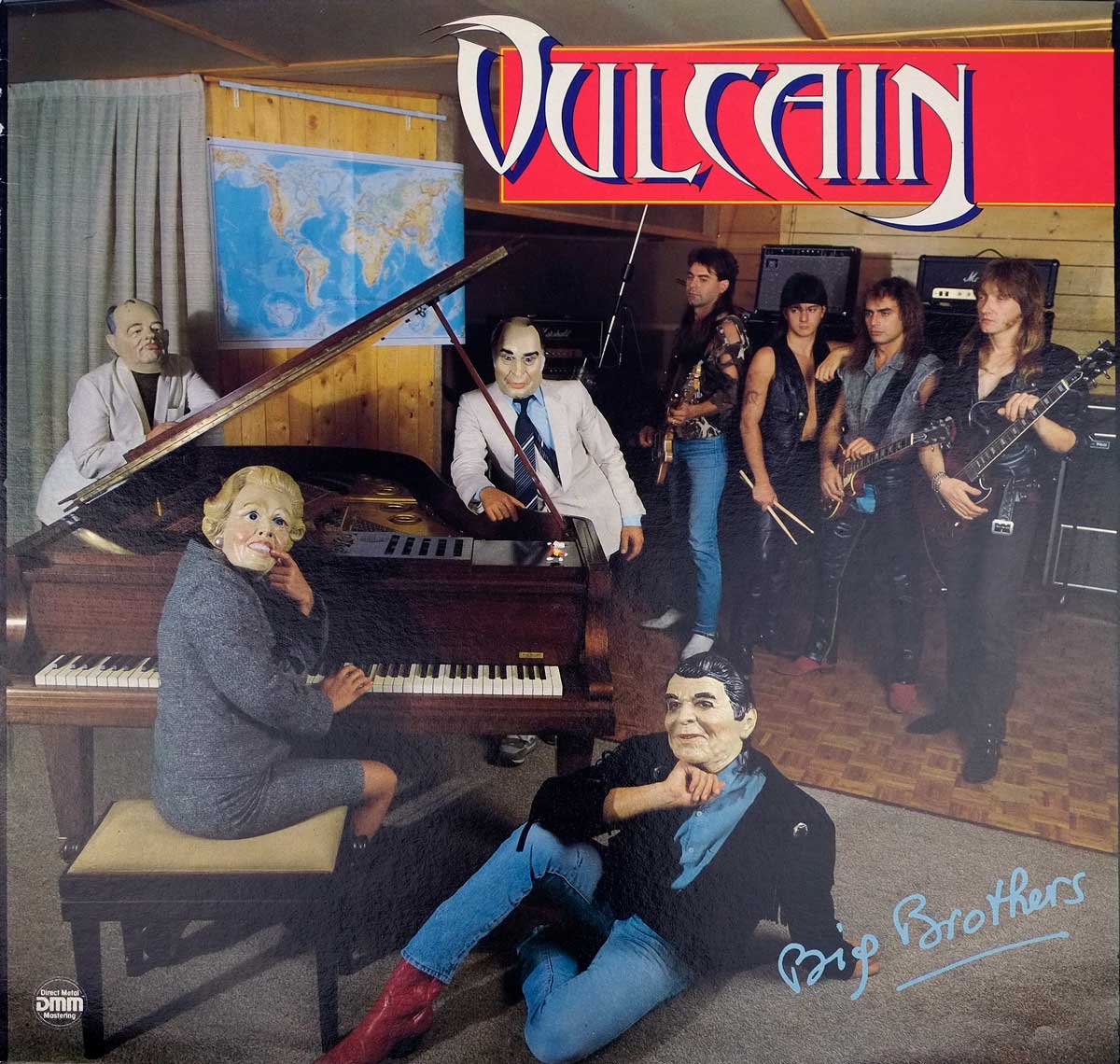 NEAR MINT or NM, M- : The album cover looks as close to perfect with only minor signs of wear and or age. No seam-wear, ring-wear, stickers, cut-outs, or writing on the cover. Minor impressions to the cover

Below is a summary of the Vulcain's band Biography:

Vulcain founded in June 1981 with as original Band-members

Band is joined by

First 1st Demo on the "Private" label with 4 tracks

Live Force - album
Vulcain's first Live album is recorded during a concert on 2 May 1987 in "La Locomotive", Paris, France