Trust is a French rock band closely associated with both AC/DC and the New Wave of British Heavy Metal.

TRUST is a Hard Rock / Heavy Metal band from Paris, France it was formed by Bernard "Bernie" Bonvoisin (vocals, lyricist), Norbert "Nono" Krief (guitar, composer), Raymond "Ray" Manna (bass guitar) and Jean-Émile "Jeannot" Hanela (drums) in 1977. TRUST had it's main succes period from 1977 until 1985, during which they released 9 Official albums. 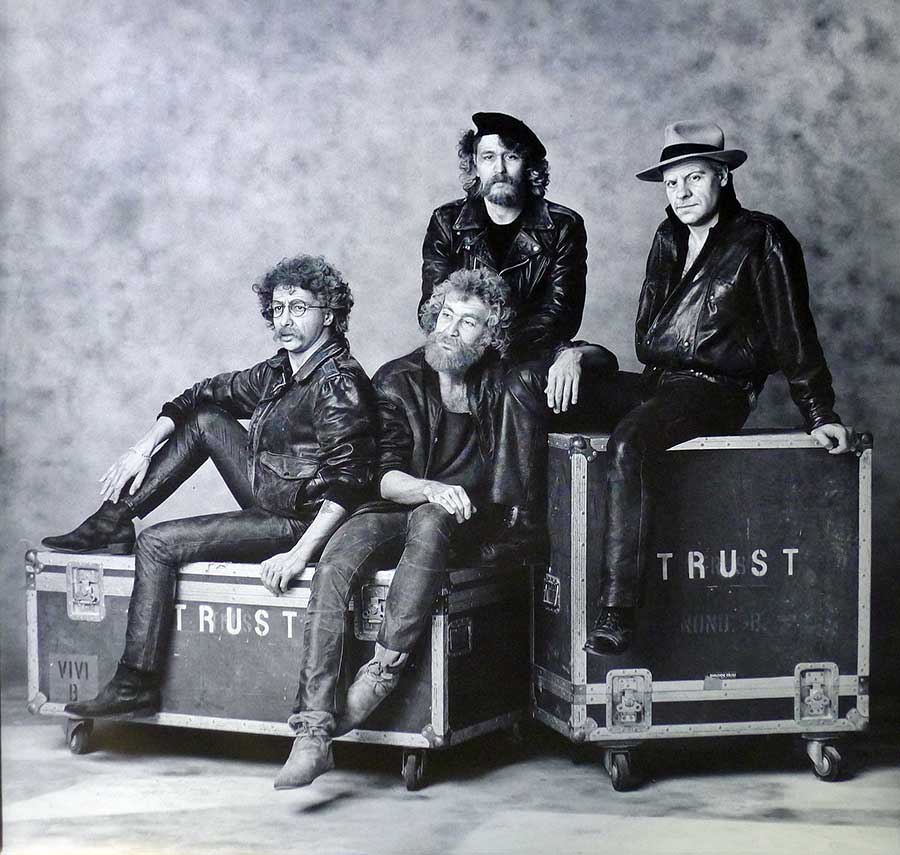 On the discography listing below you will find TRUST ( Hard Rock , France ) vinyl records released during the 1970s and 1980s. For each record you will have the record companie's catalognr, album title, year and country of release. Complete information for each record can be viewed by selecting the corresponding links. Albums have been ordered in ascending alphabetical order of the album titles.