"Their Greatest Hits" is the first compilation album by the American Rock band "The Eagles". comprises nine best-selling singles released between 1972 and 1975, as well as "Desperado", which had never been previously released as an A-side In August 2018, it regained the title of the U.S.'s biggest-selling album, with a 38× Platinum certification by the Recording Industry Association of America. In 2017, it was selected for preservation in the National Recording Registry by the Library of Congress as being "culturally, historically, or artistically significant". 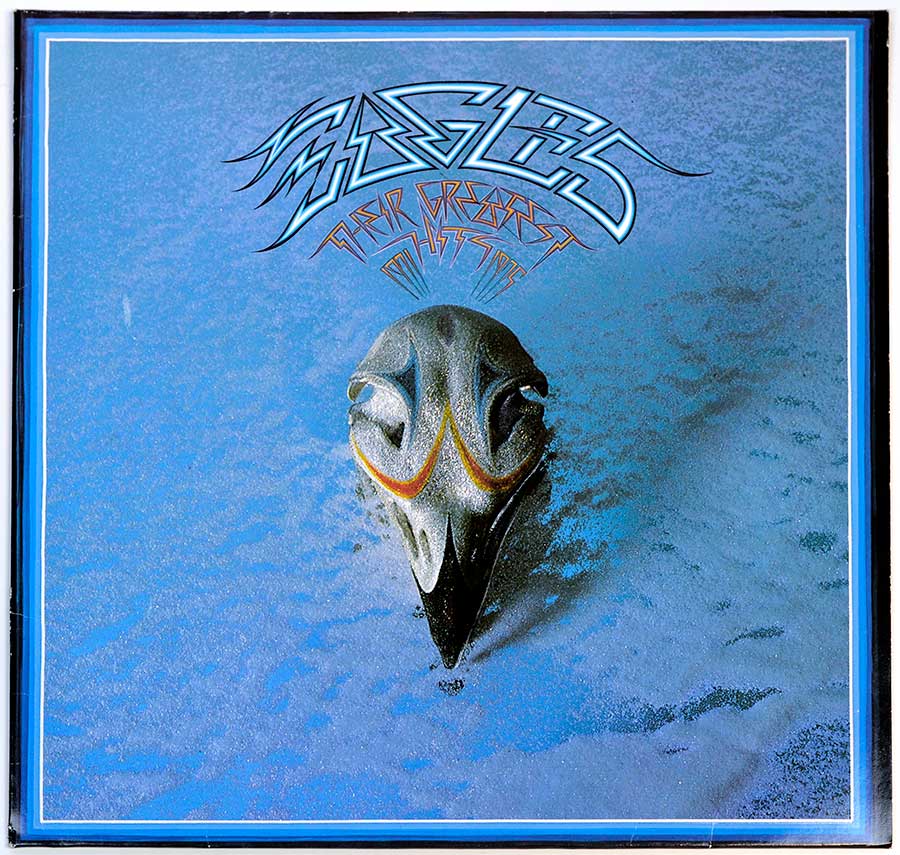 The album: "EAGLES - Their Greatest Hits 1971-1975" was produced by: Bill Szymczyk and Glyn Johns 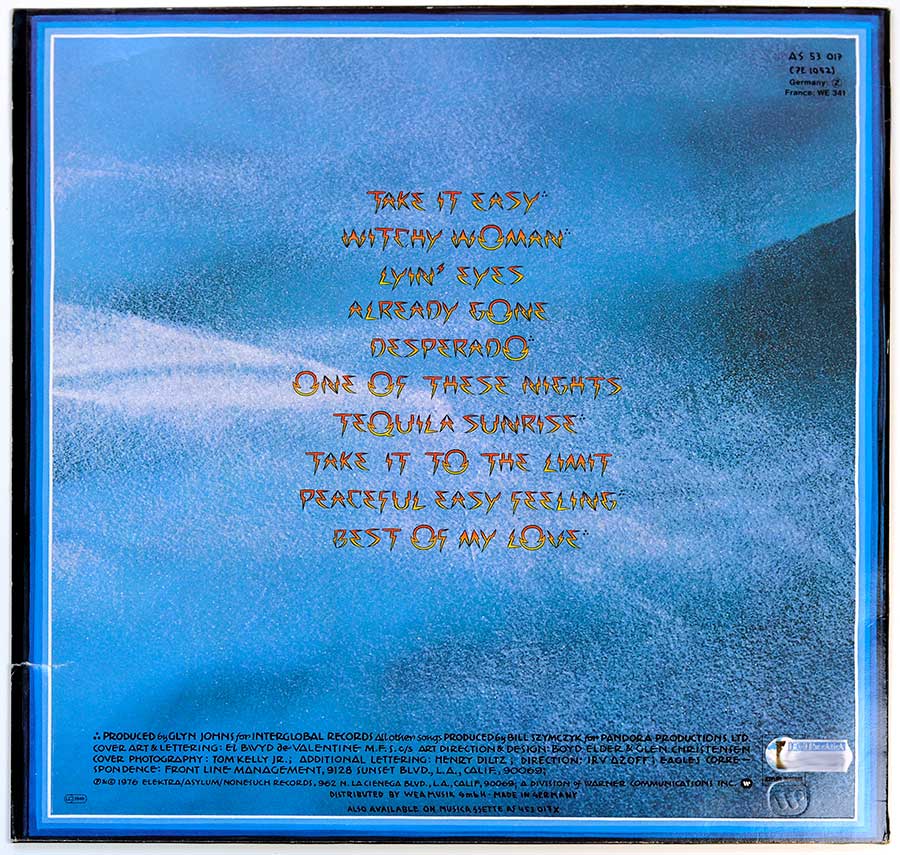 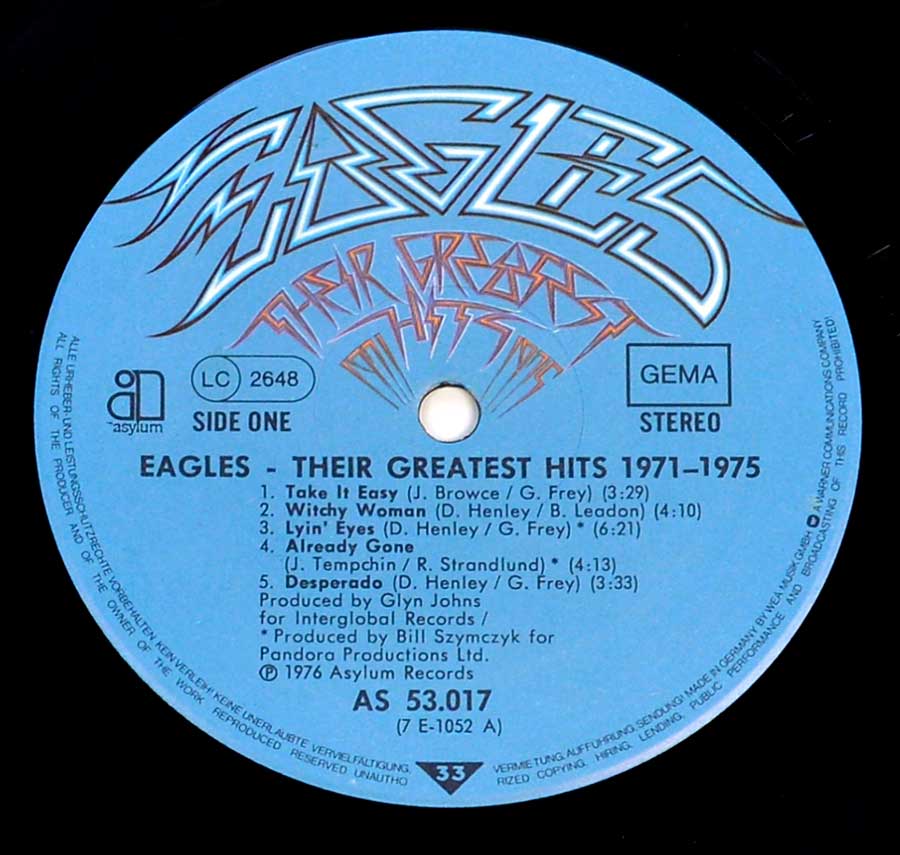 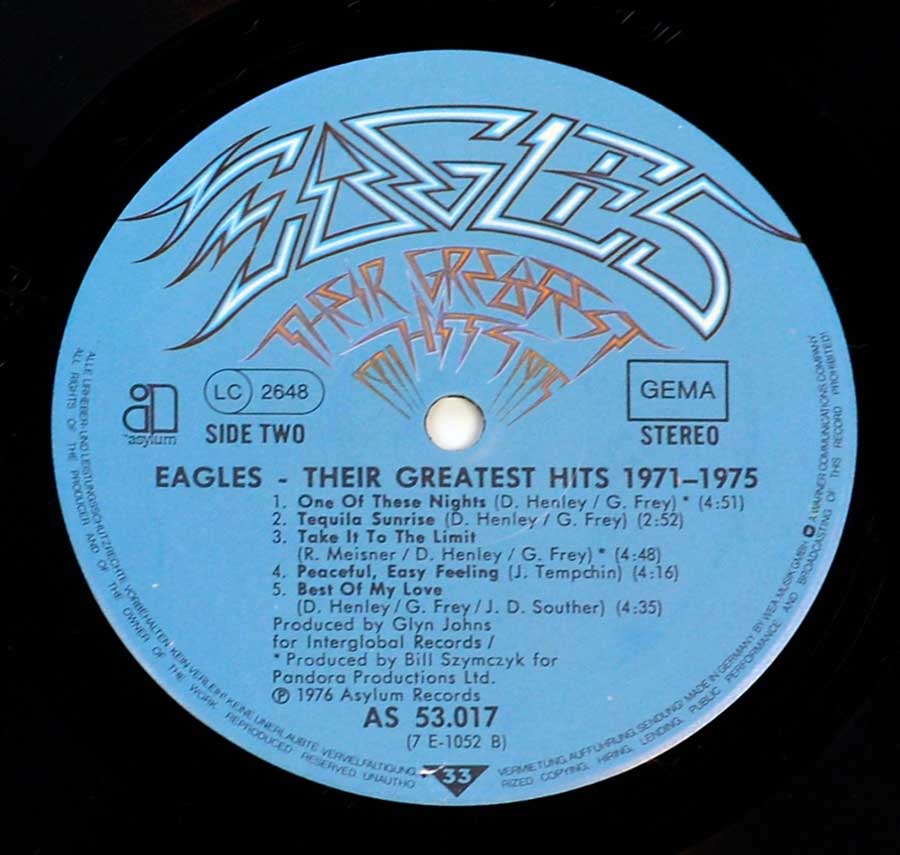