"Tour de Force" is the sixth studio album by the southern rock band "38 Special", this album was released in 1984.

This album "38 SPECIAL - Tour de Force" includes the original custom inner sleeve with album details, complete lyrics of all songs by and artwork/photos

This album was recorded at: Studio One, Doraville, Georgia

Photo Of The Back Cover 38 SPECIAL - Tour De Force 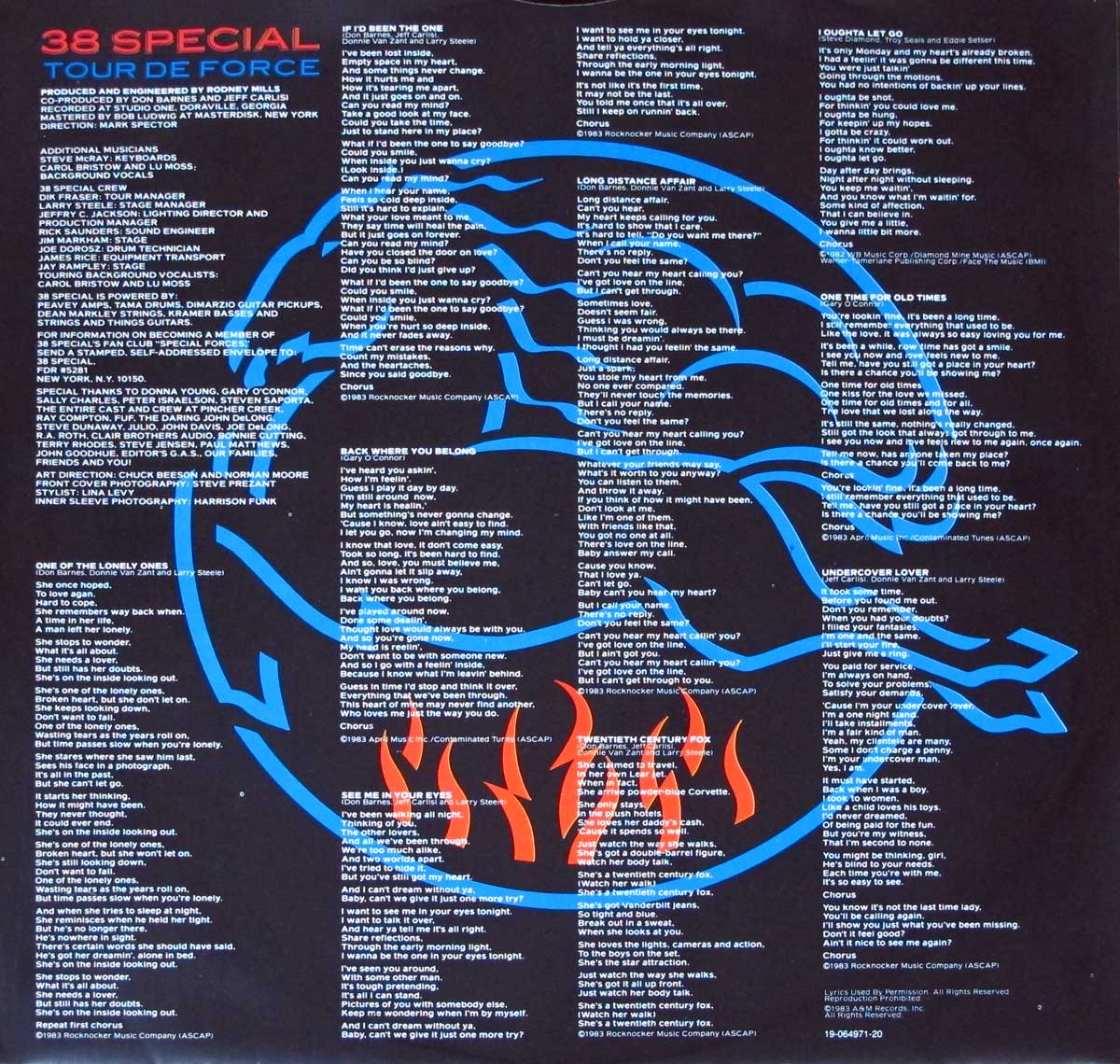 Close up of the 38 SPECIAL - Tour De Force record's label