This version of "Burn This Town" has the original ( less sophisticated and raw draw artwork ). 2000 copies of this artwork version were released. The letters of "RoadrunneR" on the record's label are printed in blue colour ( later versions have this lettering in Red). 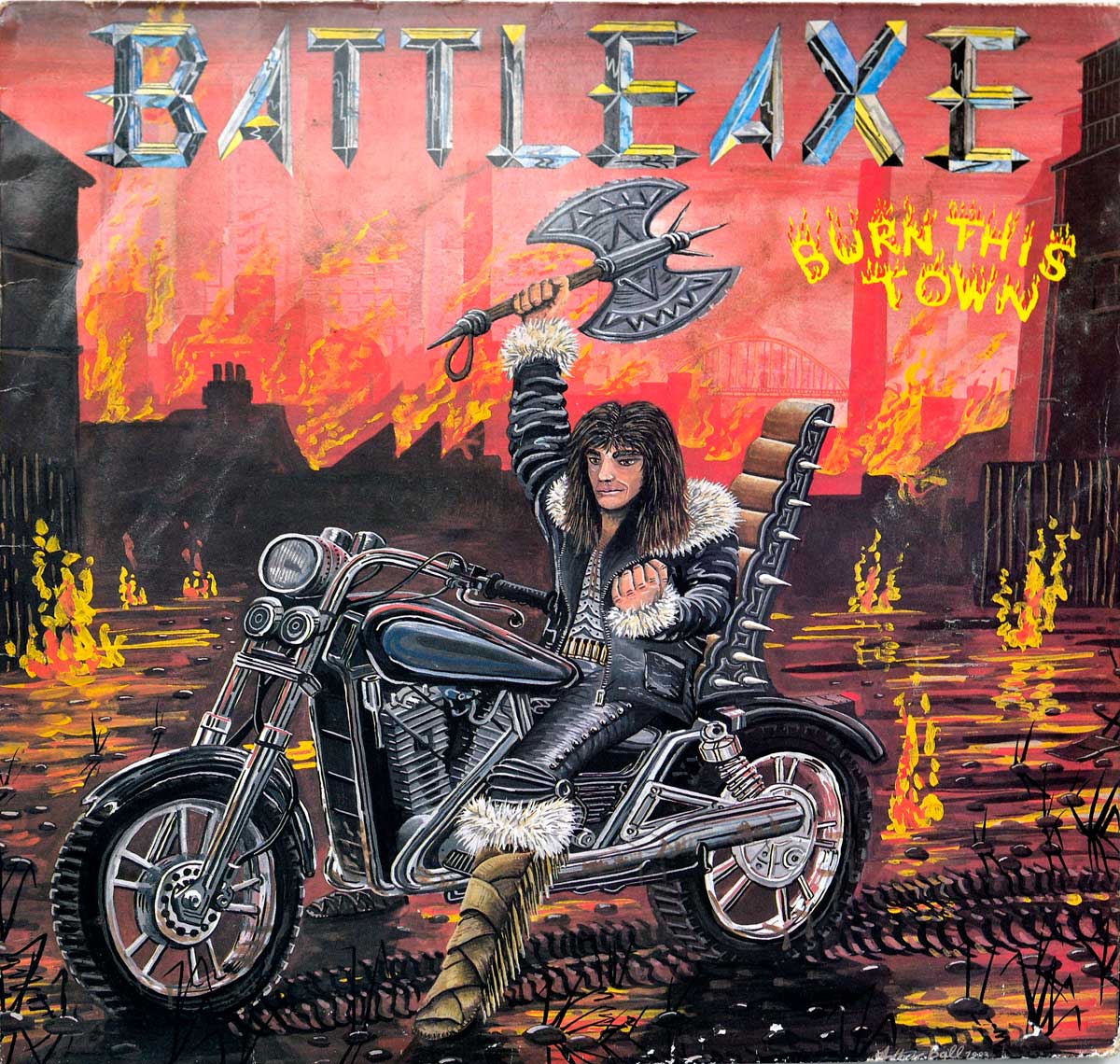