"Glove Me" is the first and only studio album released by the Belgium Hard Rock / Heavy Metal band Steelover, a band from Liege ( Luik ) , Belgium. 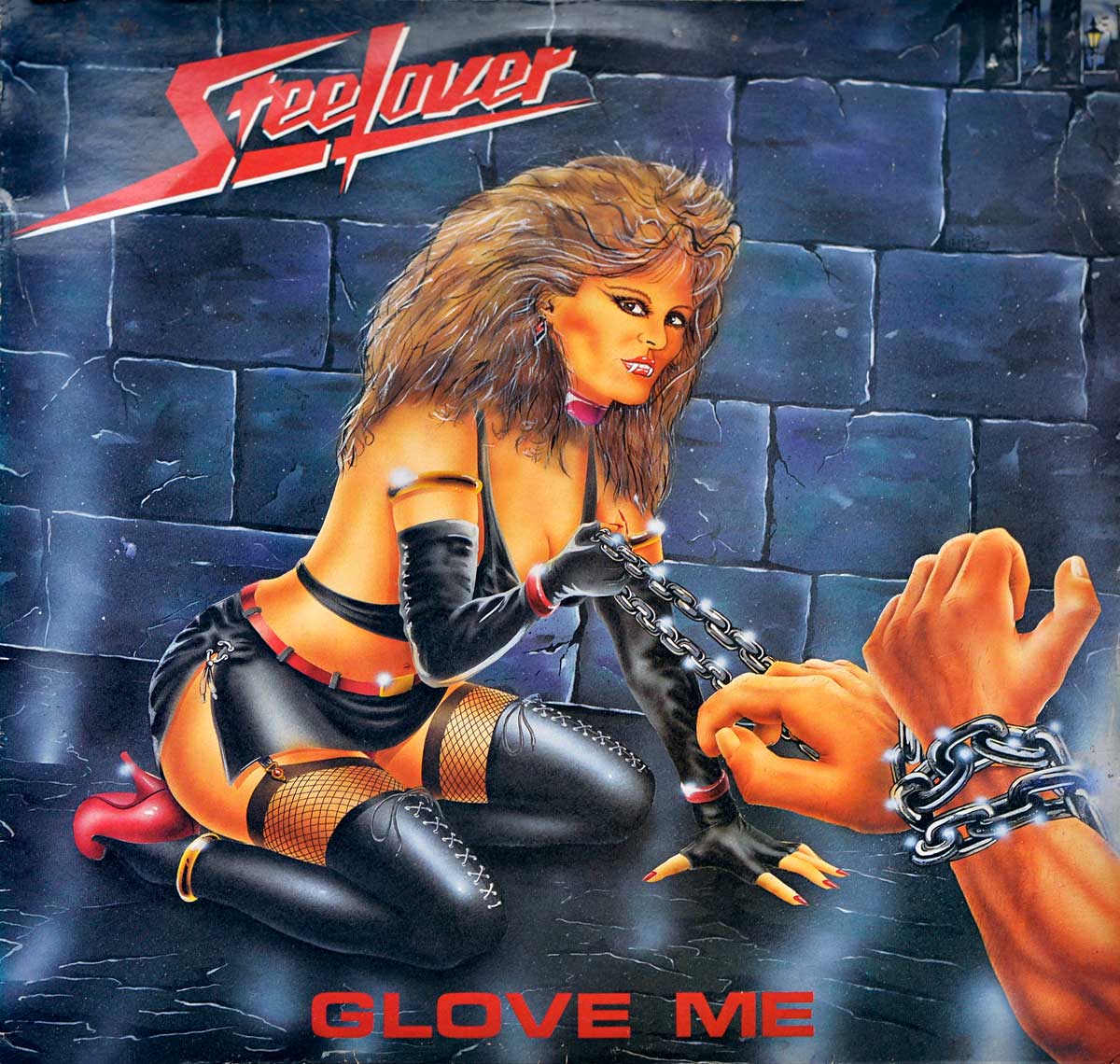 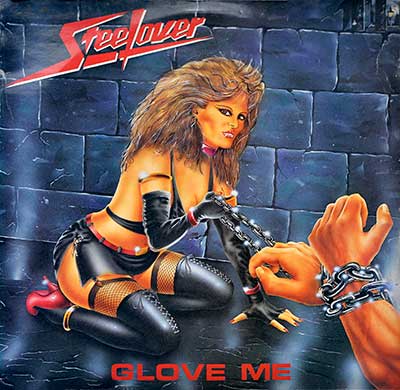 VERY GOOD (VG): Many of the defects found in a VG+ record will be more pronounced in a VG disc. Surface noise will be evident upon playing, especially in soft passages and during a song's intro and fade, but will not overpower the music otherwise.

VERY GOOD (VG): The album cover will look worn, used. There may be some seam splitting

Rudy Lenners - Drums, Producer, Illustrator is from Belgium and was born in 1952. Lenners has been performing with "Scorpions" from 1975 until 1977. He replaced Jürgen Rosenthal and appeared on two Scorpions albums: "In Trance" and "Virgin Killer", he was replaced by Herman Rarebell in 1977. in 1983 Lenners performed with the Belgian band "Key West" and recorded te album "First Invasion". Later during 1985 he played drums with the "Steelover" band.

Patrick Cogneaux a sound engineer associated with "Shiva Studio, Brussels, Belgium" who has worked on albums for "FN Guns", Ostrogoth, Steelover, TSA, Wildfire, Warhead and many others.

This album "Glove Me" was recorded at Shiva Studios, Brussels, Belgium from June until August 1984.

Eric Philippe is a well known album cover designer, creating artwork for the album covers for bands like: Ostrogoth , Dark Wizard, E.F. Band, FN Guns, Killer and many others. 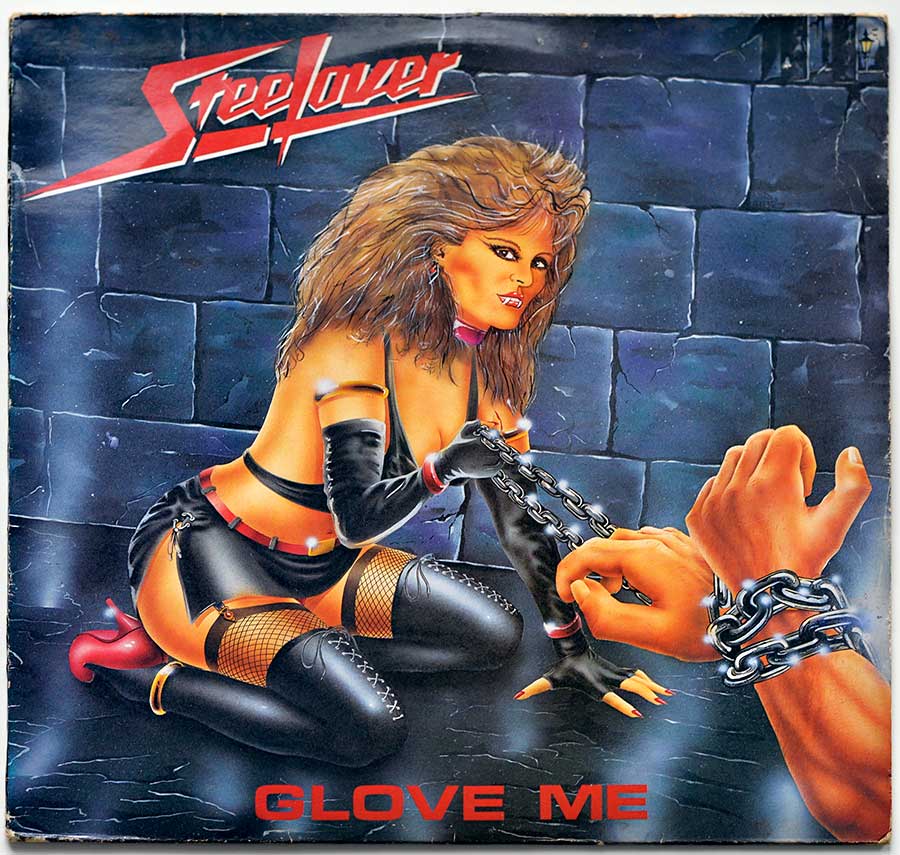 Photo Of The Back Cover STEELOVER - Glove Me ( Mausoleum Records ) 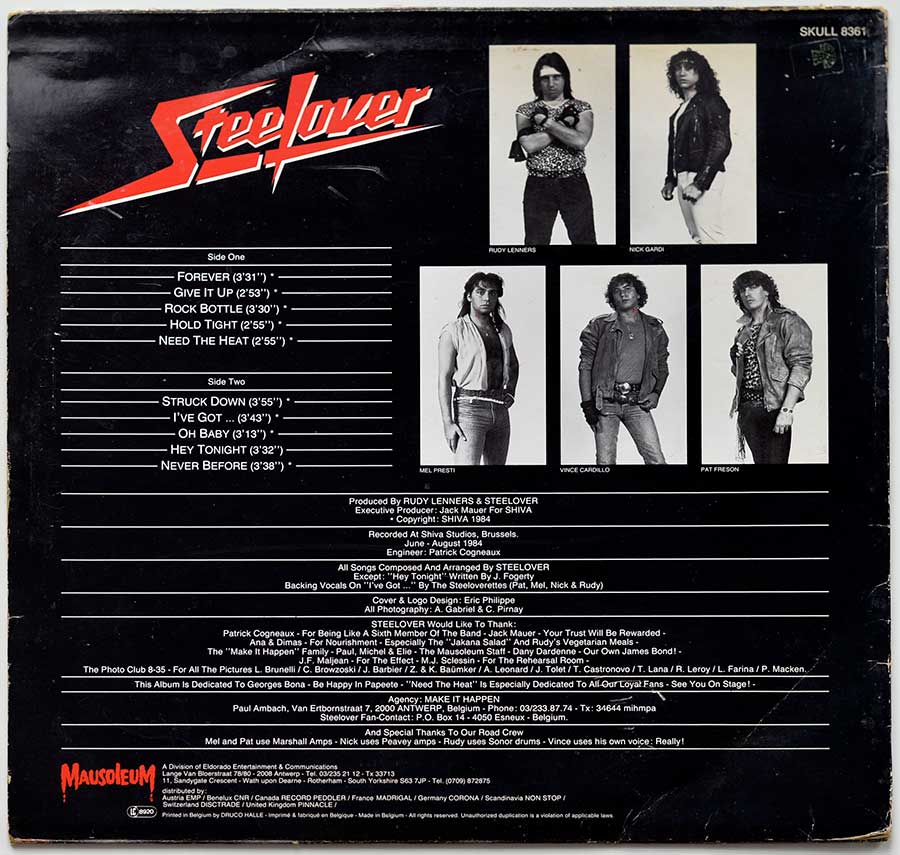 Close up of record's label STEELOVER - Glove Me ( Mausoleum Records ) Side One: 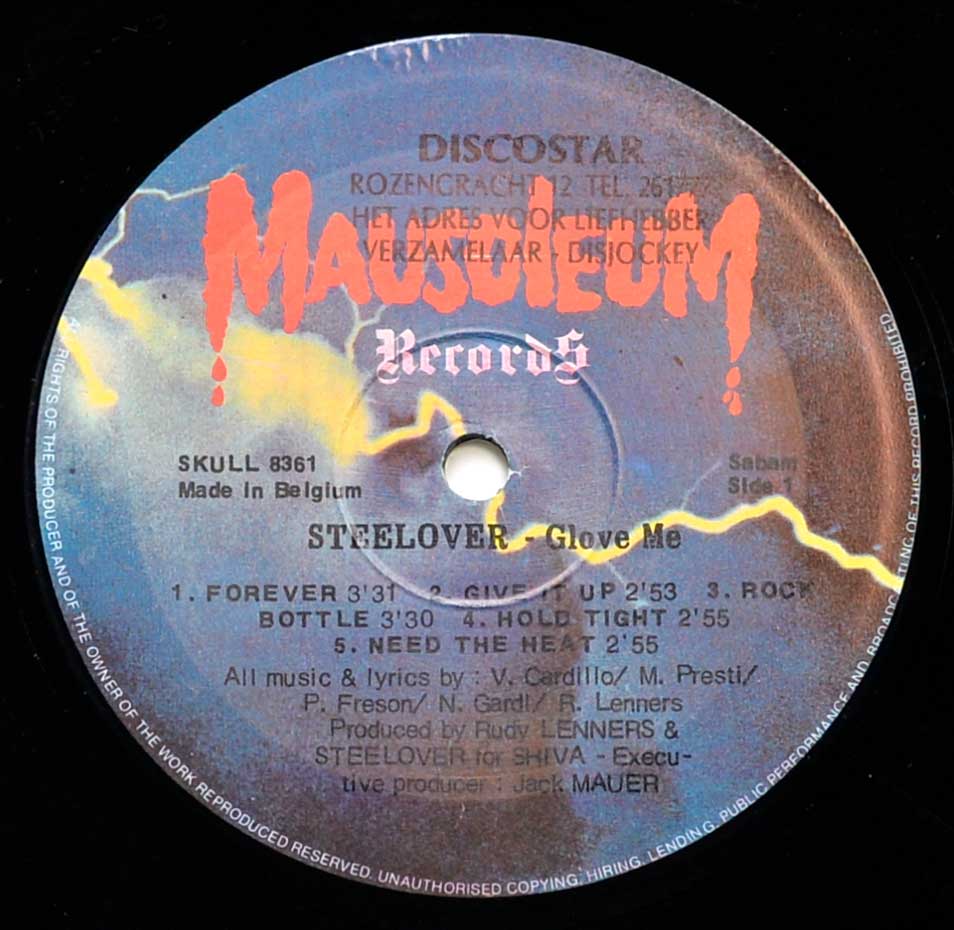 Photo of Side One of STEELOVER - Glove Me ( Mausoleum Records ) 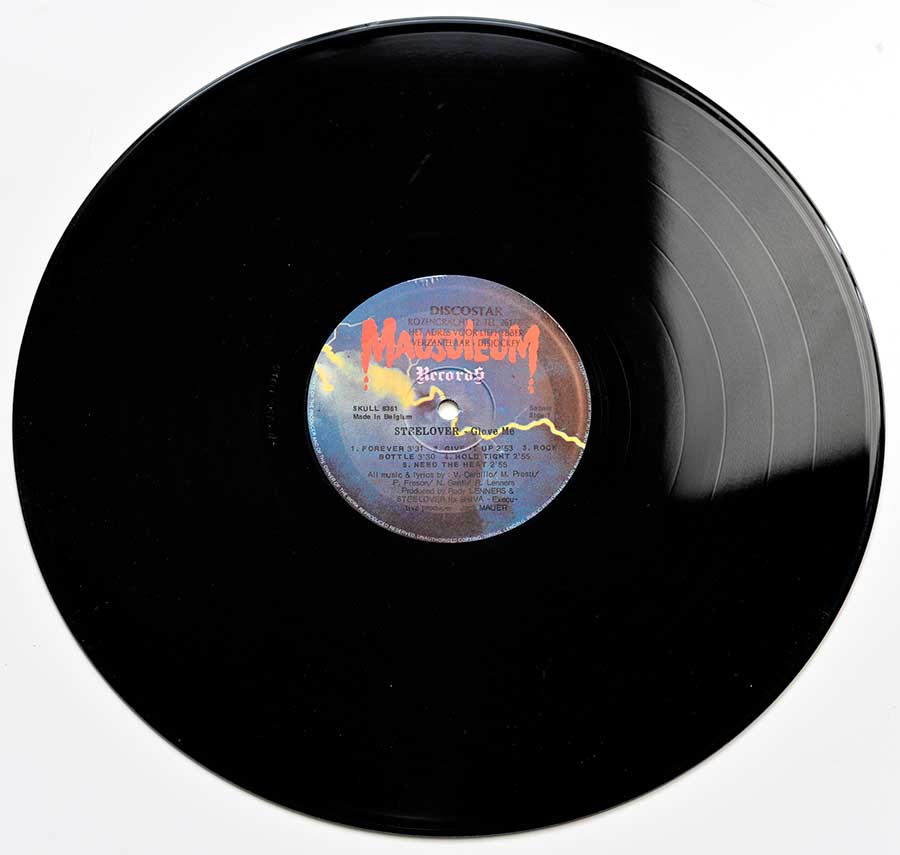 Photo of Side Two of STEELOVER - Glove Me ( Mausoleum Records )