"A Hard Road" is the 1967 full-length album released by John Mayall and the Bluesbreakers ( Peter Green, John McVIe, Aynsley Dunbar ) 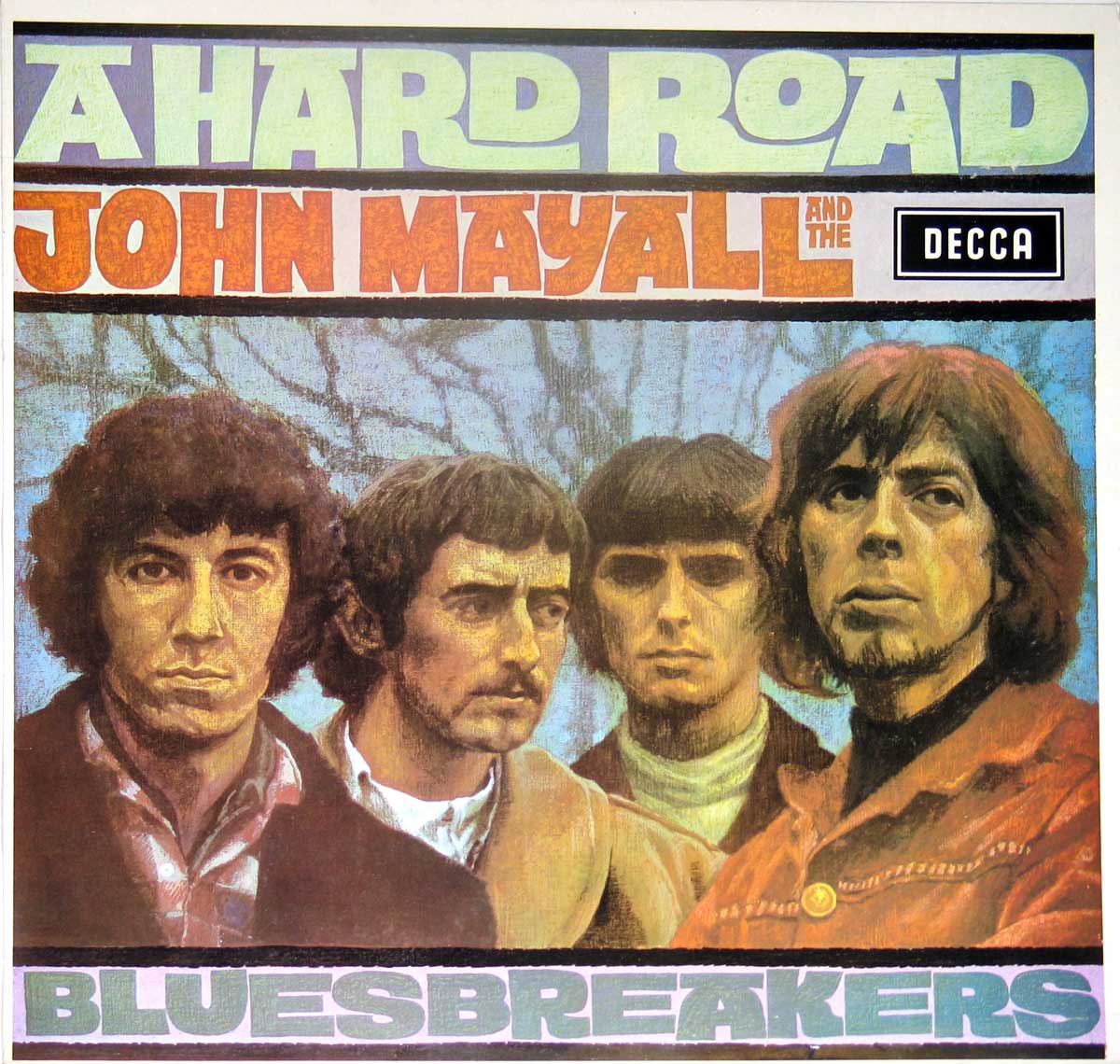 Transcript of the Liner Notes of "Hard Road"

The personnel of the Bluesbreakers having changed since our last LP, this album serves as a proper introduction to two new members of the group ... Peter Green on lead guitar and Aynsley Dunbar on drums. I think that most people will realize what a tough time lay ahead in the way of comparison and criticism for any guitarist in this country faced with replacing the acknowledged master of blues guitar, Eric Clapton, in my band.

However Peter Green took over the Job and managed to brave out the storm. At first he sounded like a Clapton copyist, not unnaturally since he was having to play the current repertoire that Eric helped to make famous, and the transition to new material had to be gradual.

Within weeks though he began to develop his own ideas, and the technique to express them, until now it is obvious that both Peter and Eric have separately improved beyond recognition but in totally different directions. Speaking of the modern young blues guitarists that Inc heard 'live'

I would certainly cram Jimi Hendrix, Buddy Guy, Otis Rush, Eric Clapton and Peter Green on the same pedestal. In my opinion they all sound completely individual but they all share the same emotional greatness. All I can say of Peter is that, having worked with him nearly every night since last July and witnessed his rapid progress as a blues player, he is the ideal guitarist for the overall band sound and a great person to work with.

Our new drummer, Aynsley Dunbar, is also a major musical talent and throughout the album he shows his strength and blues feel along-side bass guitarist John McVie in the rhythm section. Although John has been through good and bad times with us, I know from experience that a better blues bass guitarist would be difficult to find in this country.

As a great rhythm section Aynsley and John should not be underestimated in their importance to every number on which they are heard. , A quick word about the use of horns which are heard on "Another Kinda Love", "Someday After Awhile" and a couple more ...

I find Reeds: John Almond, Alan Skidmore, Ray Warleigh Once an advantage on some numbers but I would assure all our followers that I have no intention of augmenting the Bluesbreakers in the future, except for recording purposes. These days I play guitar on many of the numbers In our repertoire and my 5 string can be heard on the great Elmore James classic "Dust My Blues" and again "Top of the Hill". I play my old 9 string guitar on "The Same Way" and "Lining Alone".

Harmonica crops up on "It's Over", "Living Alone", "Leaping Christine", "You Don't Love Me" and "There's Always Work". The weird backing sound for the latter was achieved by greatly amplifying the faulty pedal click and hum emanating from the organ tone cabinet whilst Mike Vernon, Gus Dudgeon and I did the chanting and moaning sounds.

As it is almost impossible to use a piano for club appearances, I always look forward to using one on our recordings. I overdubbed piano onto a few of these titles and featured it on "A Hard Road", and "Hit The Highway". Peter is featured as lead singer on "You Don't Love Me" and on his own composition "The Same Way".

His guitar playing is well exposed on "The Stumble" and particularly on "The Supernatural" which he wrote specially for inclusion on this LP. I consider this one of the most meaningful instrumentals Inc heard and certainly stands as one of the hiespots on the record.

The music contained here means far more to me than anything we've recorded before and I hope you will find your own special favourite tracks from the manycontrasting types of blues represented here. Blues in it's true form is a reflection of a man's life and has to stem from personal experiences good and bad.

I accept that I'veunwittingly hurt a lot of people who've known me, I've few friends left, and now the only thing to live for Is the blues. "I'm trying to tell you people that the blues have hit me in my life.

Recorded at West Hampstead Studios, from October till November 1966 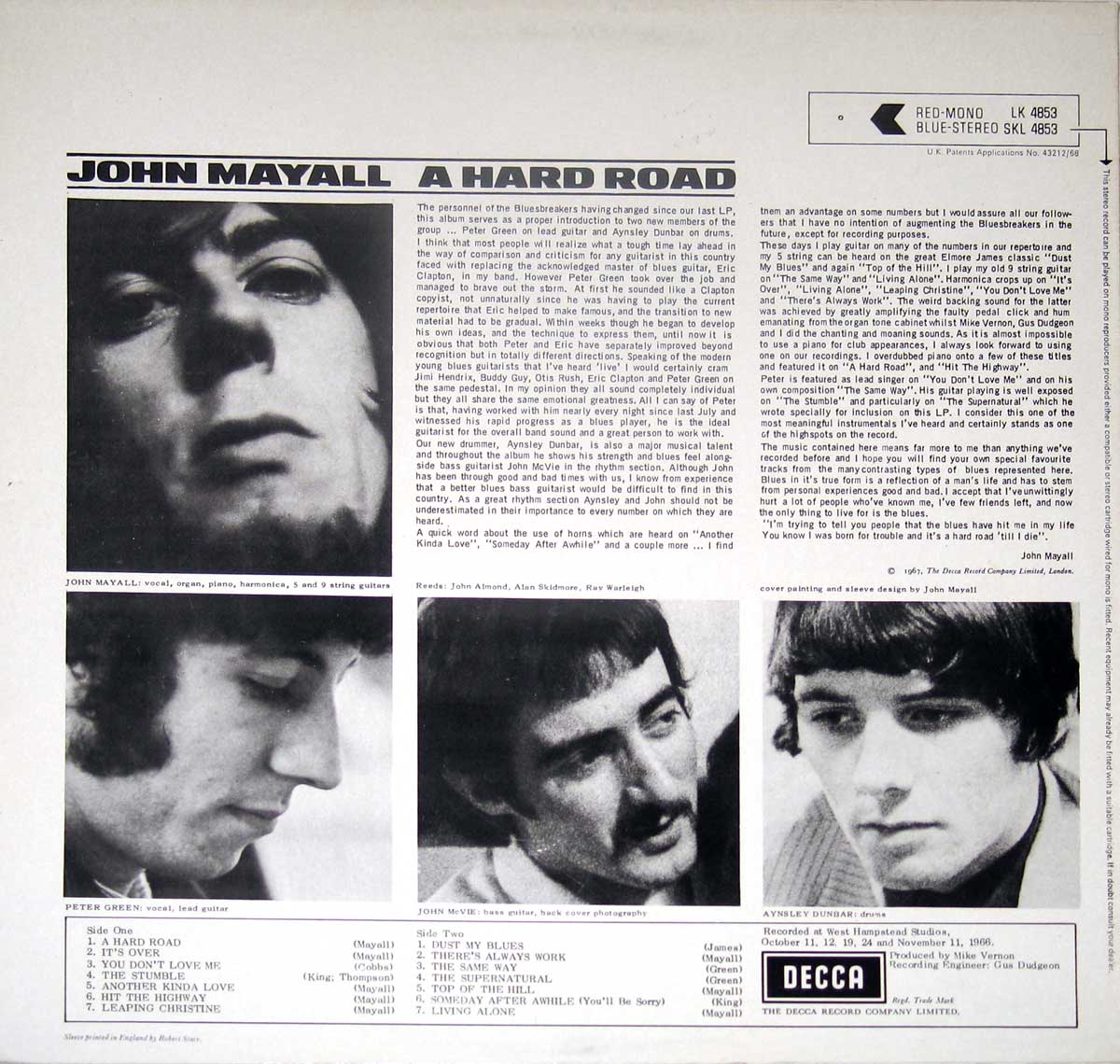 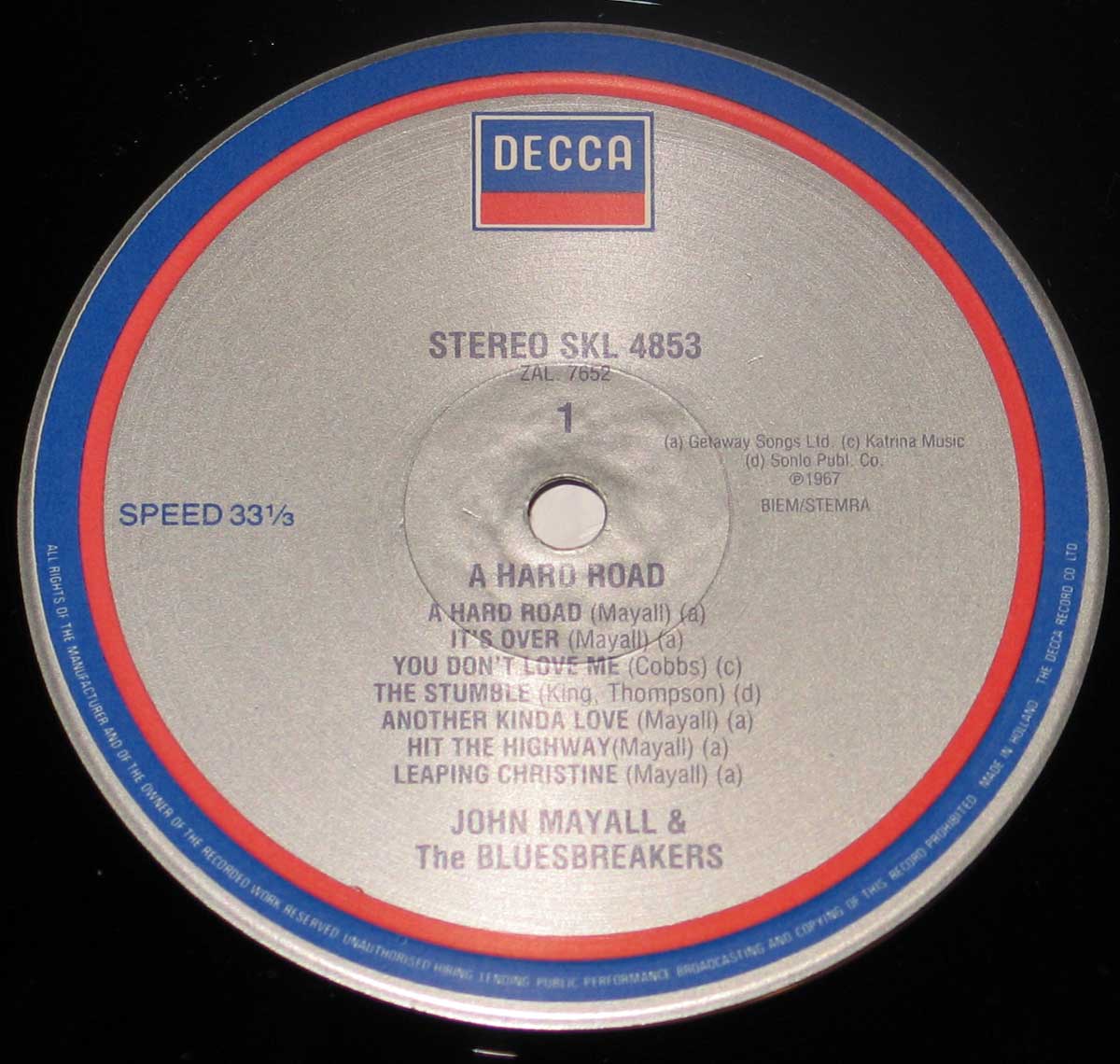