This is a genuine German release of 1975 re-issue and part of the Atlantic Records Original Rock Classic series with beautiful album artwork by John Kress, Originally released in 1970 and being the first Live album by the American Rock band "Iron Butterfly" , 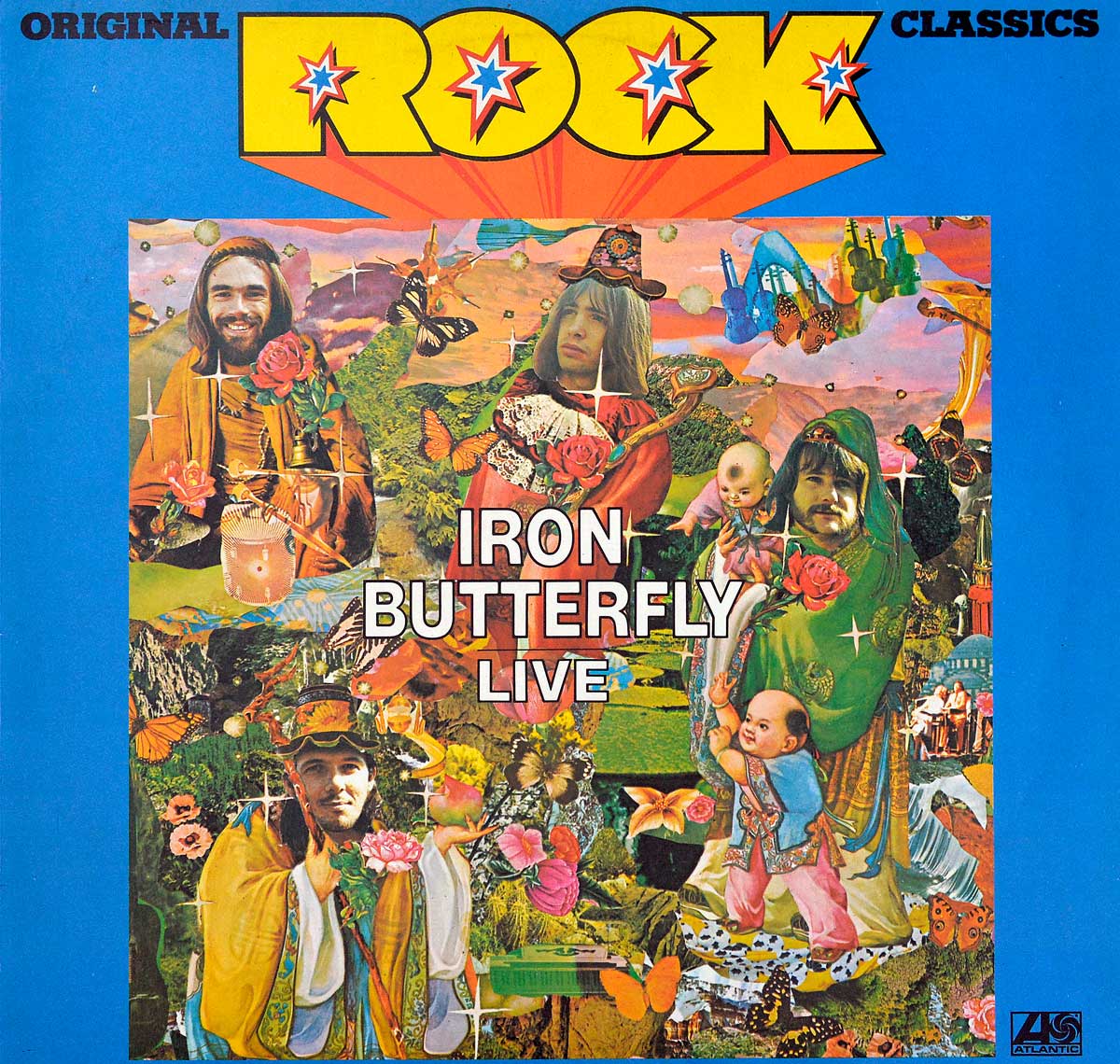 Transcript of the orignal Liner Notes by Mike E. Rodger

This album was first released in 1970 and was the first 'live' album from Iron Butterfly. For sure it contains the live' version of their greatest success, the hit "In-A-Gadda-Da-Vida, It all started in 1967 in LA. Under the influence of the 'Flower Power Movement, within the musically highly 'gunned-up' atmosphere of the American west coast scene and in the boom of the drug-rock-era the singer/organist Doug Ingle, the bassman Lee Dorman, the guitarist Eric Brann and the drummer Ron Bushy came together to form a group which they named 'Iron Butterfly'.

The name 'Iron Butterfly' was to document that the musical concept of the group was to bring together the hard and heavy beat of rock music with the light, soft fantasies and the floating immaginations of 'high' times. Already after one year of working together in 1968 with in A Gadda Da Vida' they not only became the top west coast name but also with this 17-minutes-masterpiece they created the national hymn of the aquarius-generation.

A lot of them were sure to know that real happiness in listening to that song came while on drugs, The song also made discotheques begin, with lighting, such as strob- and flash-lights. And this happened worldwide in a very short time, For years in A Gadda Da Vida' which means in the garden of life' remained in the charts all over the world and up to now it has sold over 5 million copies. And now the Iron Butterfly' is back again.

Photo Of The Back Cover IRON BUTTERFLY - Live (Rock Classics) 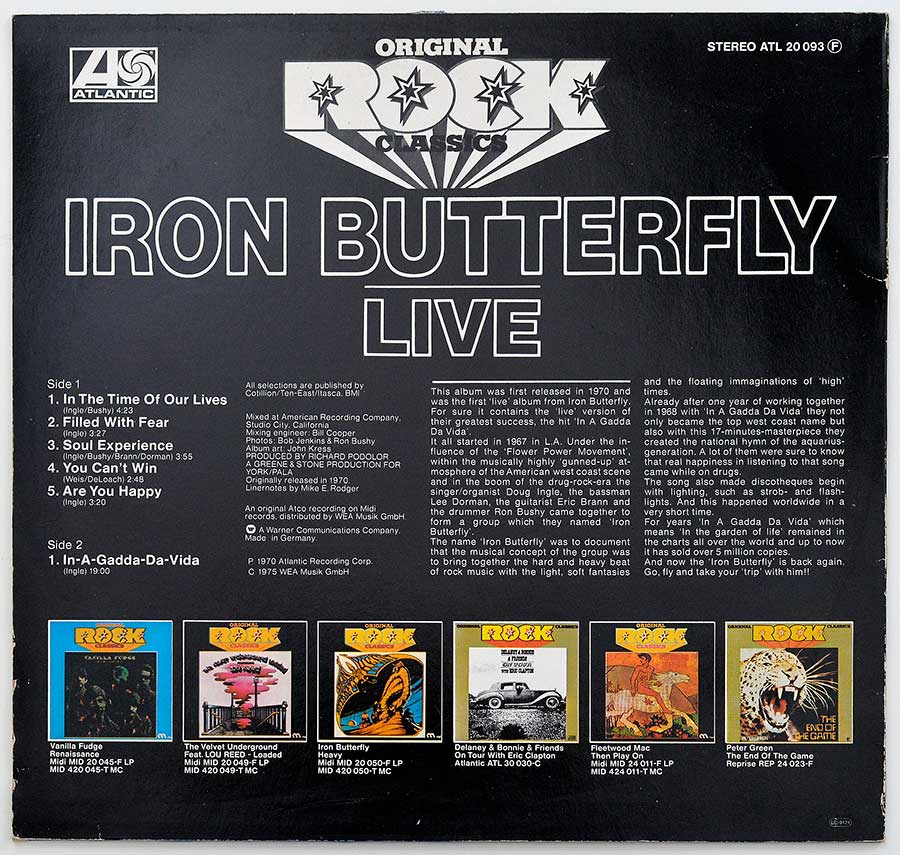 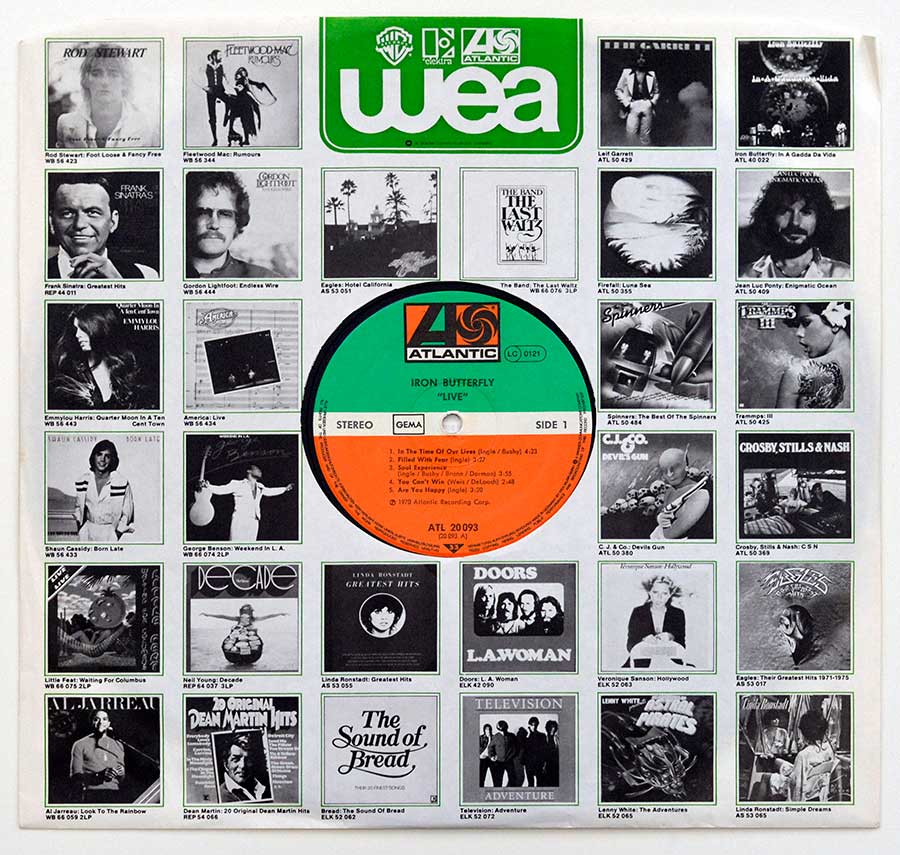 Close up of the "Atlantic" Green and Orange record label 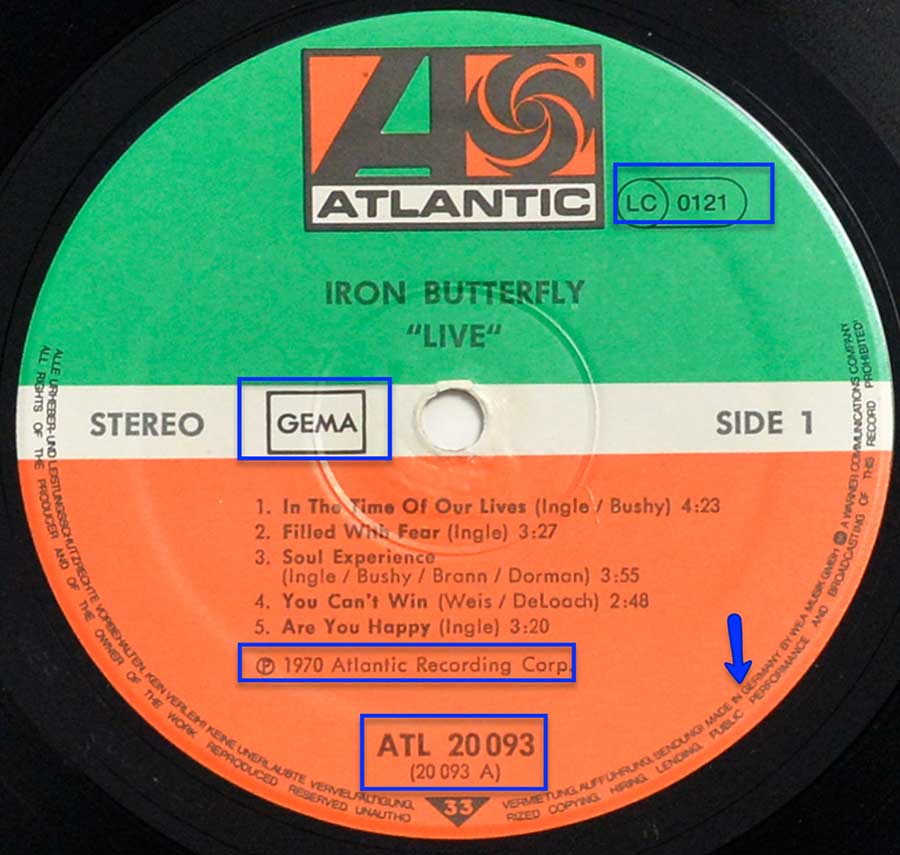 Photo of LP Side A IRON BUTTERFLY - Live (Rock Classics) 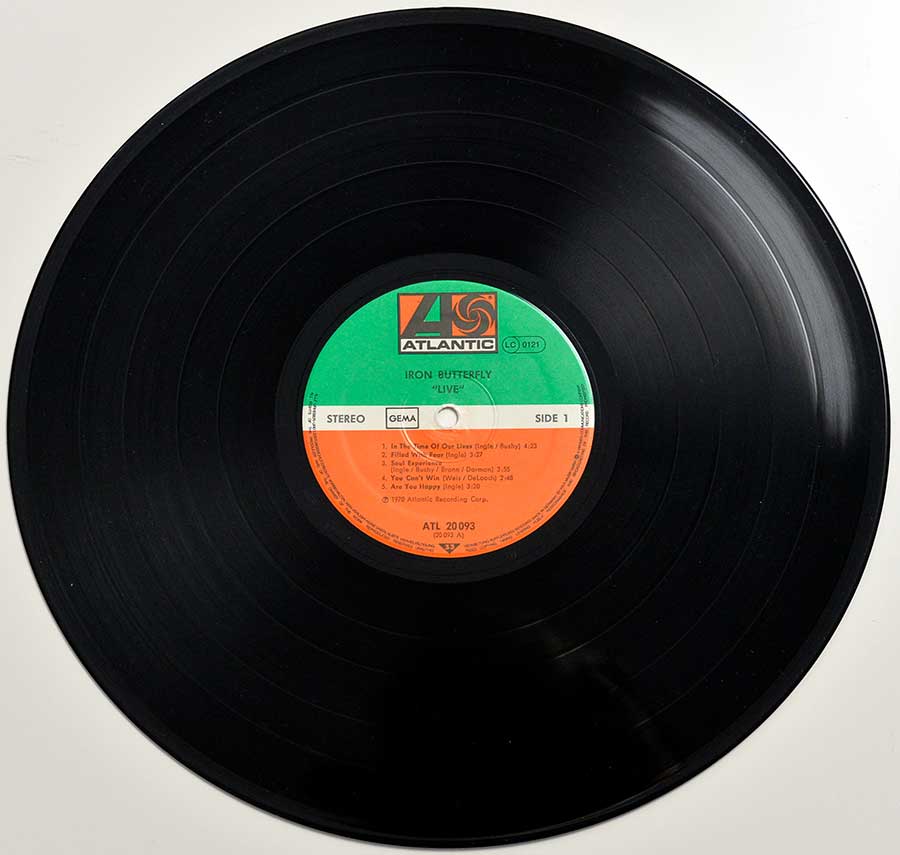 Photo of LP Side B IRON BUTTERFLY - Live (Rock Classics)

This album IN-A-GADDA-DA-VIDA was recorded at the Gold Star Studios Hollywood in the 1973 produced and engineered by Jim Hilton, album cover design was by Loring Eutemey. 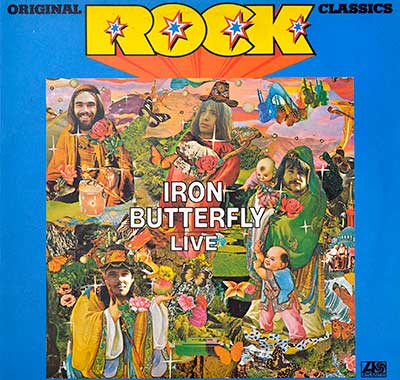 Originally released in 1970 and being the first Live album by the American Rock band "Iron Butterfly" , this is the 1975 re-issue and part of the Atlantic Recors Original Rock Classic series with beautiful album artwork by John Kress. 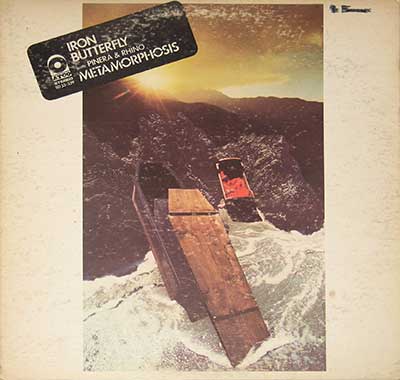 Metamorphosis is the fourth studio album by Iron Butterfly, released on 13 August 1970. It reached number 16 on the US charts. Mike Pinera, and Larry " El Rhino" Reinhardt, became members of Iron Butterfly in the early part of 1970. 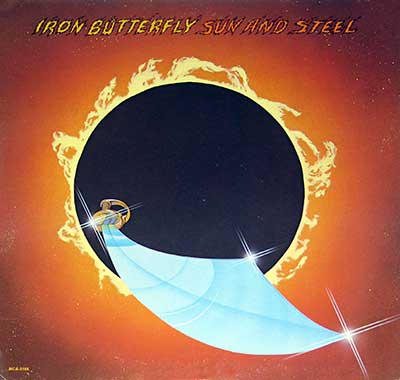 Iron Butterfly was a U.S. hard rock and psychedelic band, mostly known for their sole hit "In-A-Gadda-Da-Vida". Their heyday was the late 1960s, .