ALBUM: "The Forgotten Scroll" is the first official studio album released by the American Thrash and Power Metal band "Apocrypha". Apocrypha was from Las Vegas, Nevada, formed in 1987 and active until 1991. 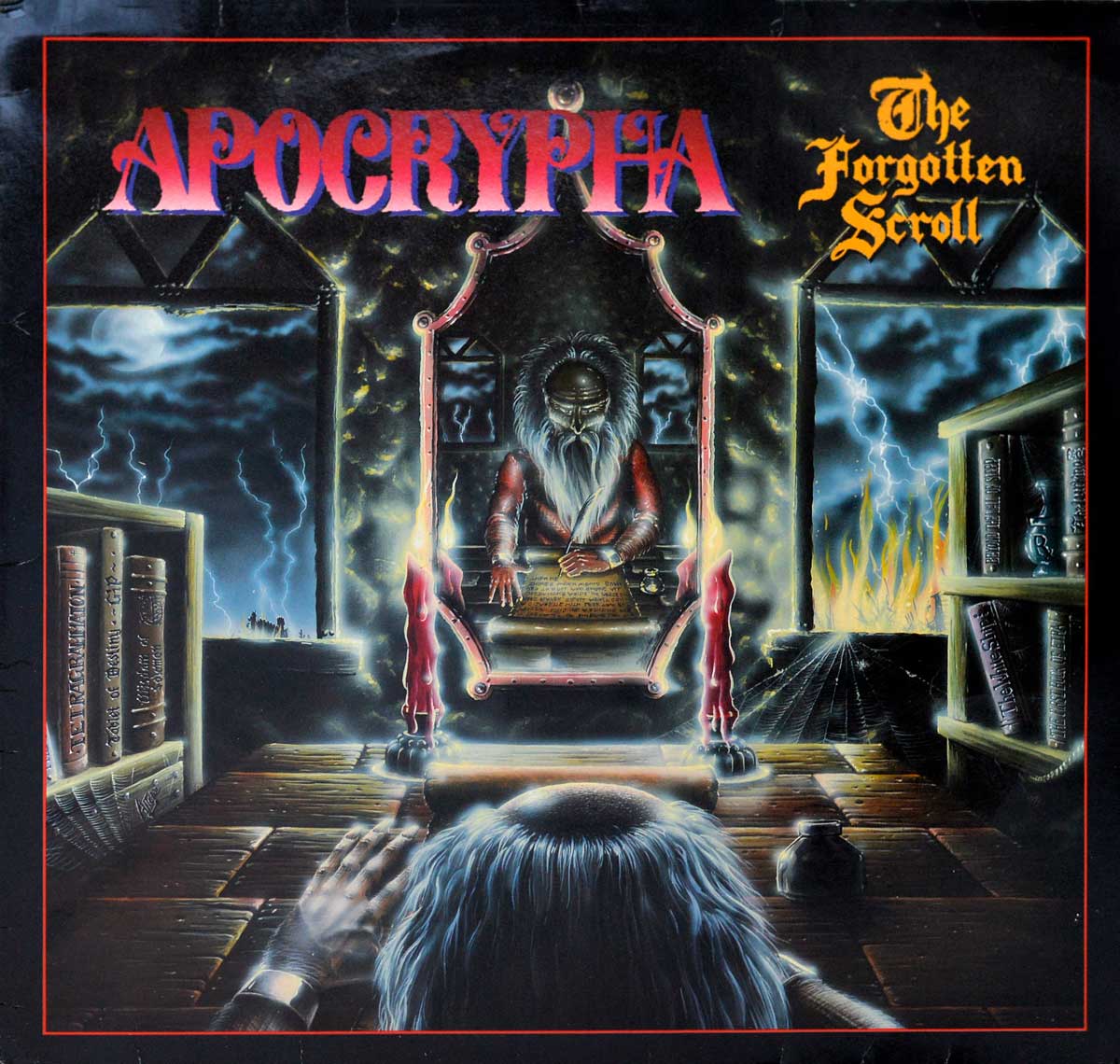 1988 Made in the Netherlands for European distribution

Marty Friedman ( full-name: Martin Adam Friedman ) an American Guitarist, Musician and Music Producer. During the 1980s he has performed with the bands Hawaii , Shout, Cacophony and in the 1990s he was lead guitarist with Megadeth .

Mike Varney - a music producer and founder of "Shrapnel Records", in the rock and heave metal music, known as producer of several W.A.S.P albums.

Steve Fontano (real name: Stephen M. Fontano) an American Producer, Sound Engineer, Mixer who has worked on hundreds of albums. In the context of 1980s Heavy Metal he has worked on several dozens of albums, some of the bands he has worked with are: W.A.S.P. , Racer X, Apocrypha, Chastain, Hexx, M.A.R.S, David T. Chastain, Tony MacAlpine.

Guy Aitchison has been designing and drawing Heavy Metal album covers during the mid to late-1980s. During this period he has drawn numerous album covers. Since 1988 he apprenticed in Chicago at Bob Olson's Custom Tattooing and became a tattooist. Guy Aitchison has been working often together with Steve Fontano, Dino Alden, and George Horn on the same heavy metal albums.

Pat Johnson an American Photographer who has photographed many of the great personalities in music, sports and entertainments. During the 1980s he has contributed to the album covers of...

Musicians on: APOCRYPHA - The Forgotten Scroll

Track-listing of: APOCRYPHA - The Forgotten Scroll 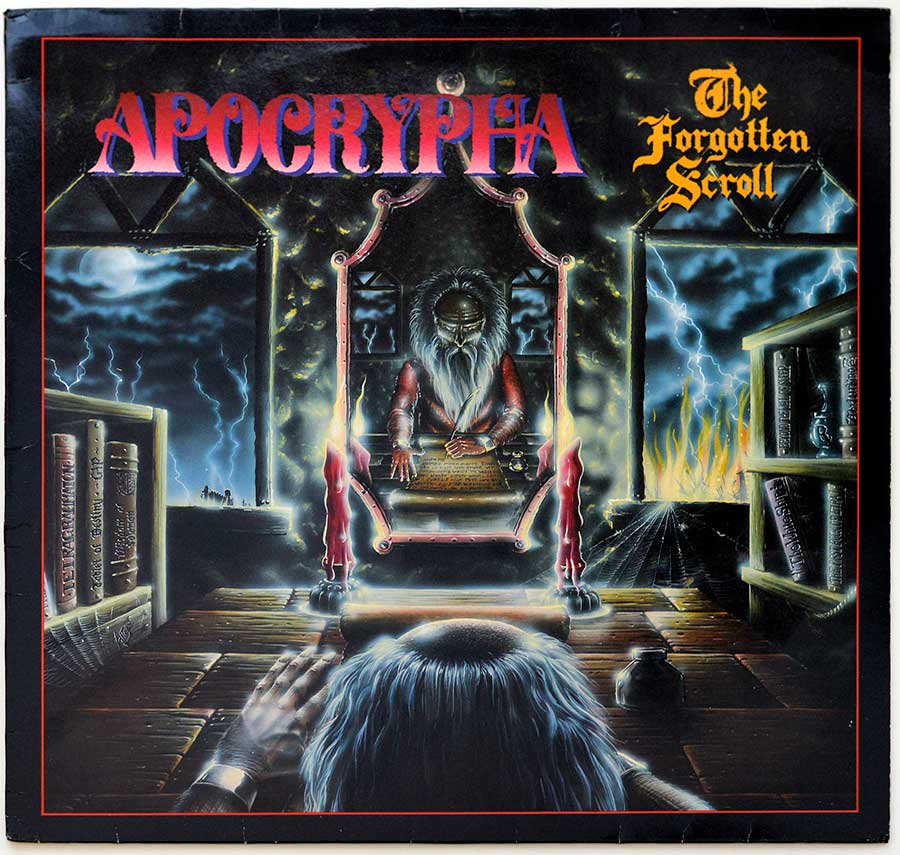 Photo Of The Back Cover APOCRYPHA - The Forgotten Scroll 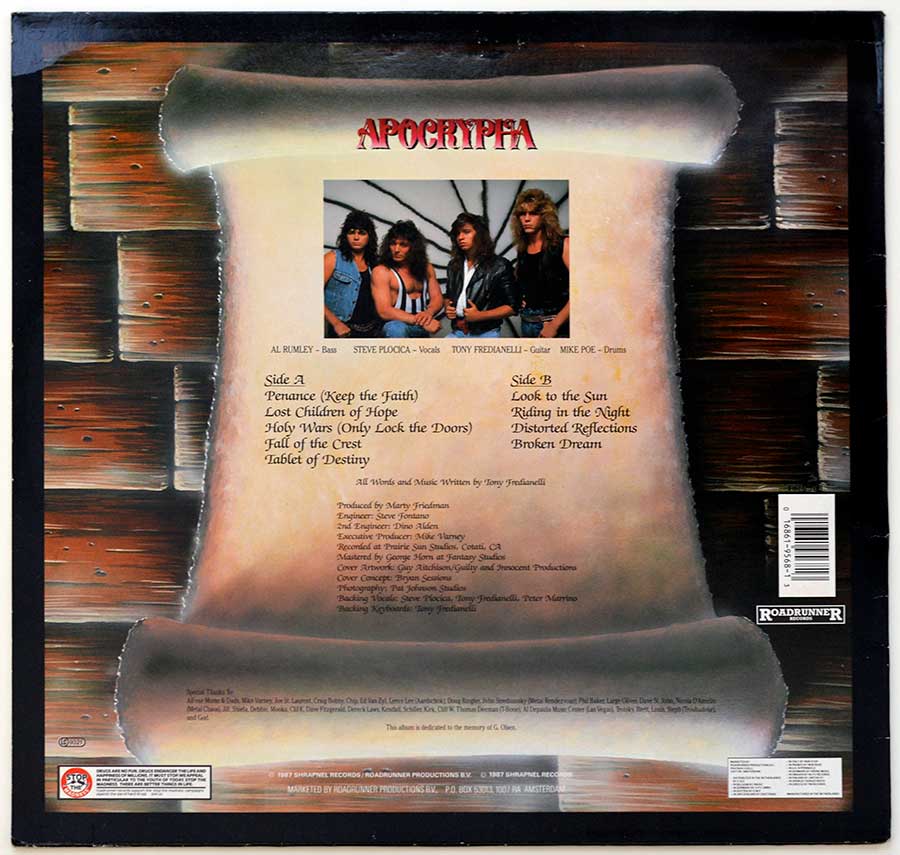 Photo of Side One of APOCRYPHA - The Forgotten Scroll

Photo of Side Two of APOCRYPHA - The Forgotten Scroll 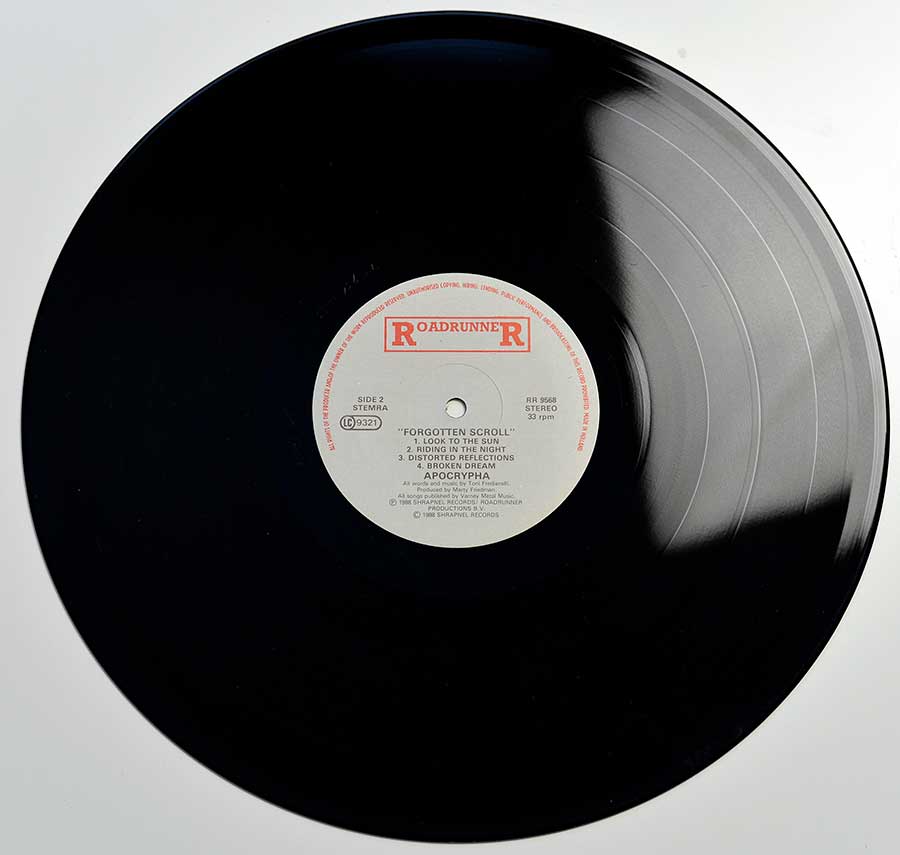