Peter Tosh , born Winston Hubert McIntosh (19 October 1944 – 11 September 1987), was a Jamaican reggae musician who was a core member of the band The Wailers (1963–1974), and who afterward had a successful solo career as well as being a promoter of Rastafari. Peter Tosh was born in Grange Hill, Jamaica with a father and mother too young to care for him properly. He was raised by his aunt. He began to sing and learn guitar at an early age, inspired by American radio stations. After a notable career with The Wailers and as a solo musician, he was murdered at his home during a robbery.

This is a list of selected records by the "Peter Tosh" released during 1976 until 1988. For each album their may be multiple international releases. In particular of the album "Bush Doctor" there are the European, Italian, German, Dutch releases. 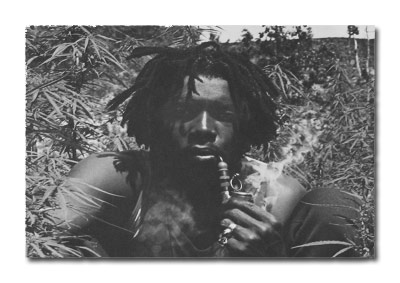 On the discography listing below you will find PETER TOSH vinyl records released during the 1970s and 1980s. For each record you will have the record companie's catalognr, album title, year and country of release. Complete information for each record can be viewed by selecting the corresponding links. Albums have been ordered in ascending alphabetical order of the album titles.