"City To City" is the second official full-length by Gerry Rafferty. This album reached no. 1 in the USA and includes the mega-hit "Baker Street" 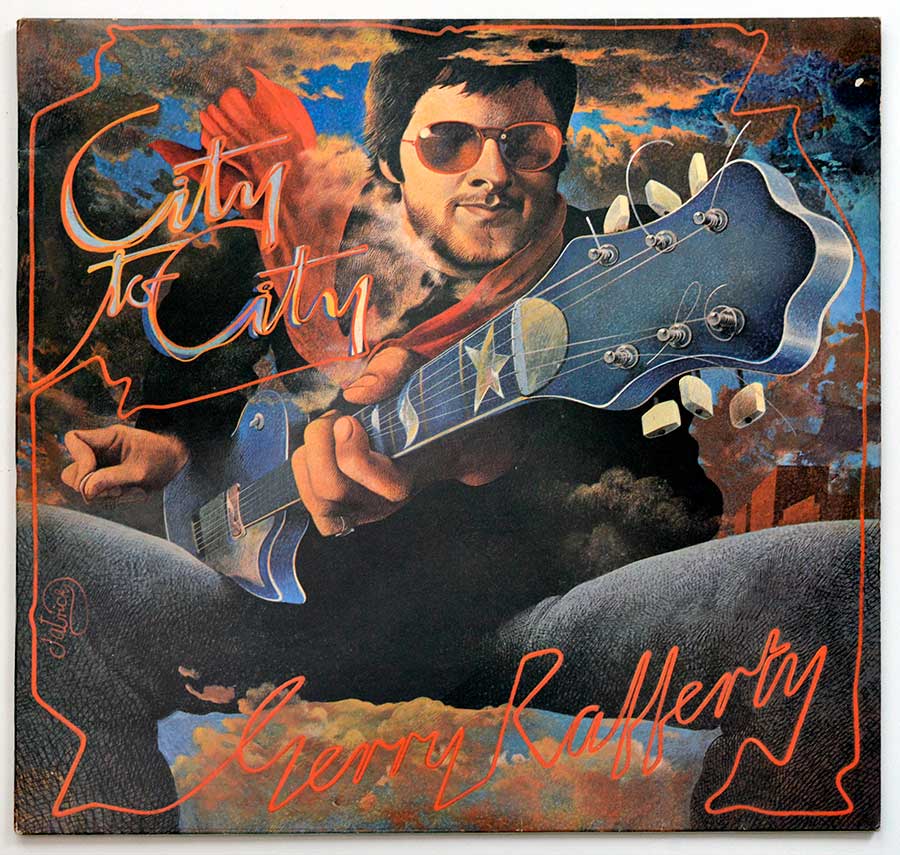 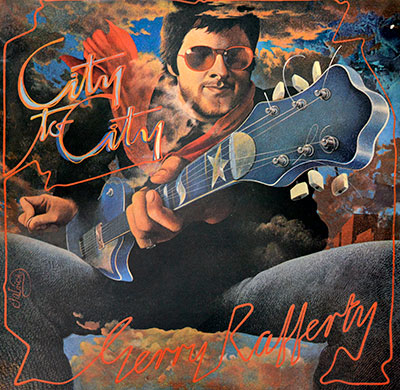 NEAR MINT or NM, M- : this record appears virtually flawless A very minor scuff and very little else can appear on the vinyl.

NEAR MINT or NM, M- : The cover looks as close to perfect with only minor signs of wear and or age. Minor impressions to the cover

Photo Of The Back Cover GERRY RAFFERTY – City To City 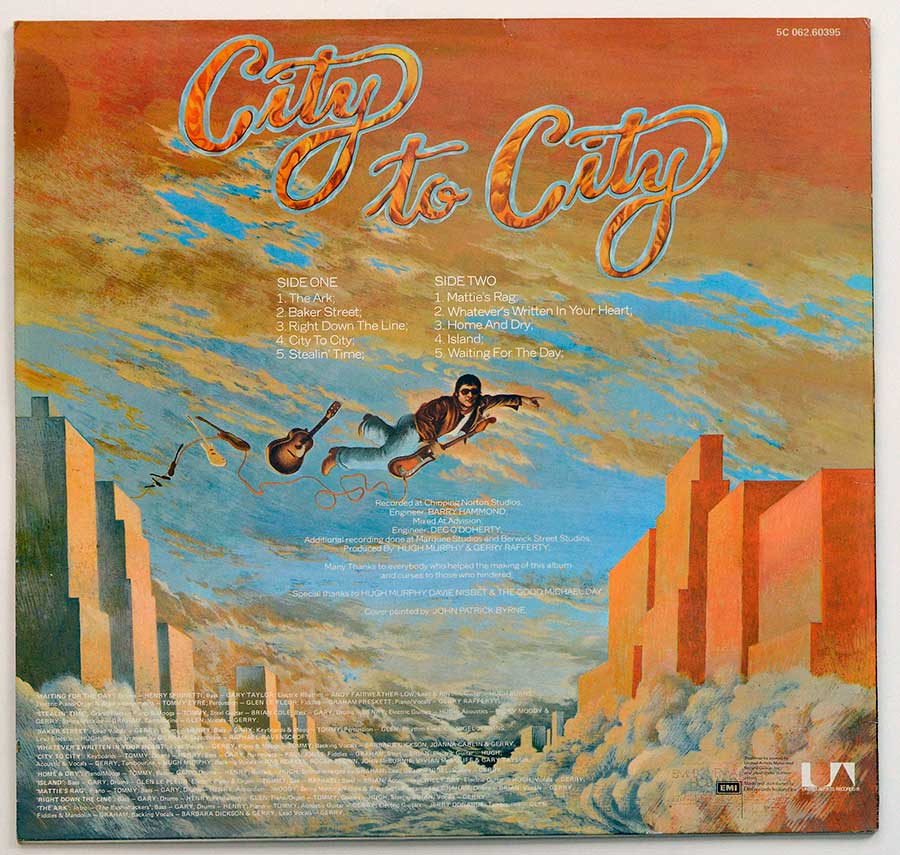 Photo Side One GERRY RAFFERTY – City To City 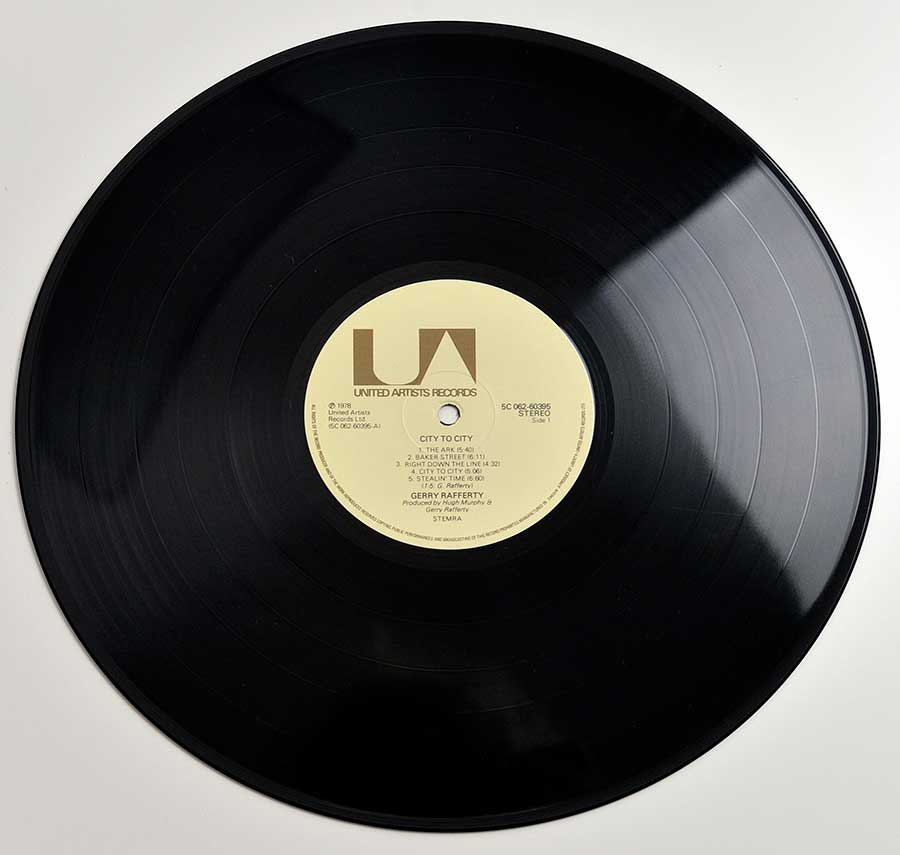 Photo of Side Two GERRY RAFFERTY – City To City 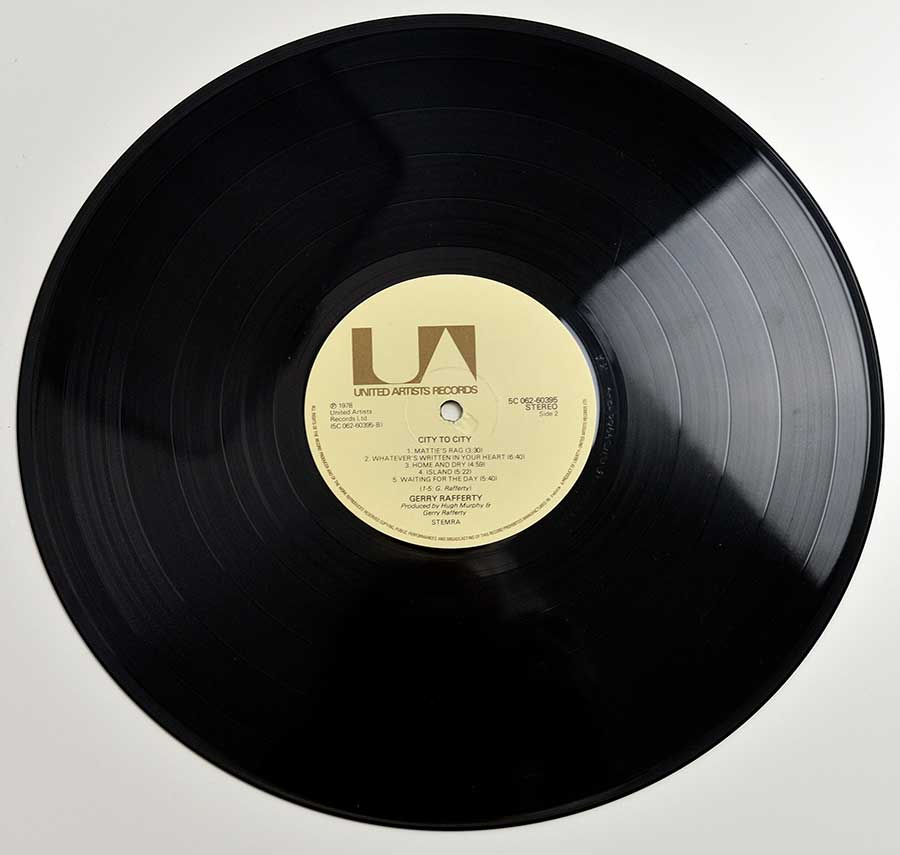