This is the Canadian release "The Number of the Beast" is the third studio album by the British heavy metal band Iron Maiden, released in March 1982. The album saw the debut of vocalist Bruce Dickinson, and the final appearance of drummer Clive Burr in the band. This web-page has hi-res photos of the album covers, record label and a detailed description.

See the description of the record's label ( further down ) on how this Canadian release can be recognized. 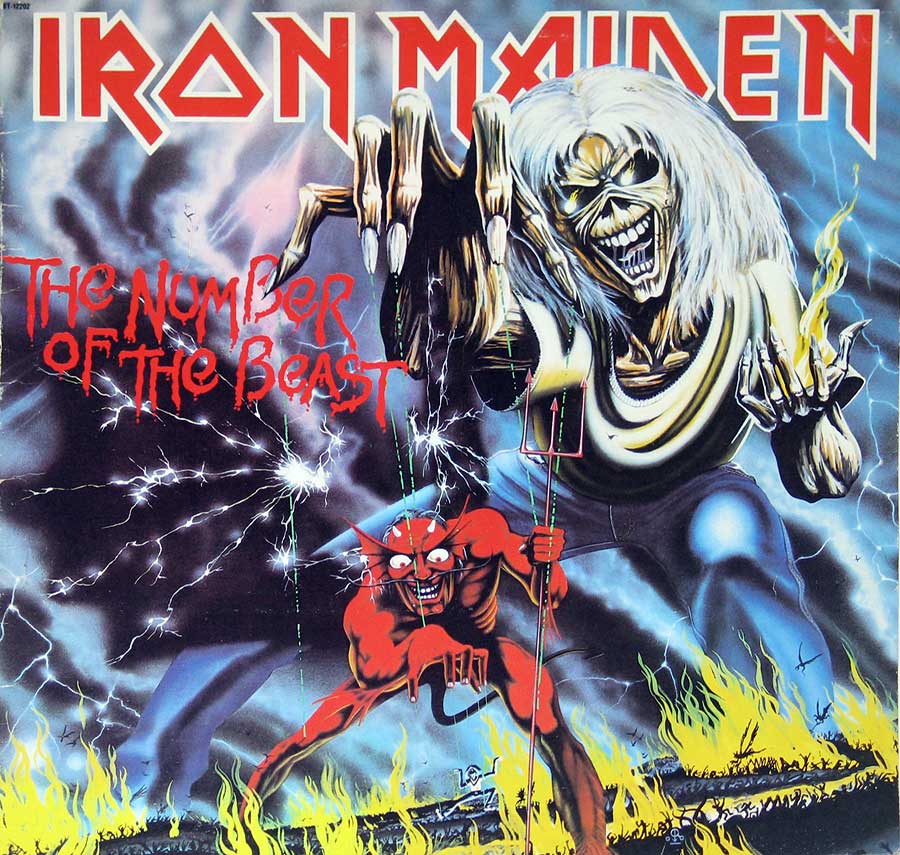 Album cover photos of : IRON MAIDEN The Number of the Beast