"Somewhere in Time" is the sixth studio album by British heavy metal band Iron Maiden, released on 29 September 1986 on EMI in Europe and its sister label Capitol Records in the US (it was re-released by Sanctuary/Columbia Records in the US in 1998). The studio follow-up to the hugely successful Powerslave/Live After Death pair, it was the first Iron Maiden album to feature guitar synthesizers. Bruce Dickinson's song material was rejected in favour of the songs of guitarist Adrian Smith, who wrote the bulk of the songs identified with the album (including the singles "Wasted Years" and "Stranger in a Strange Land") 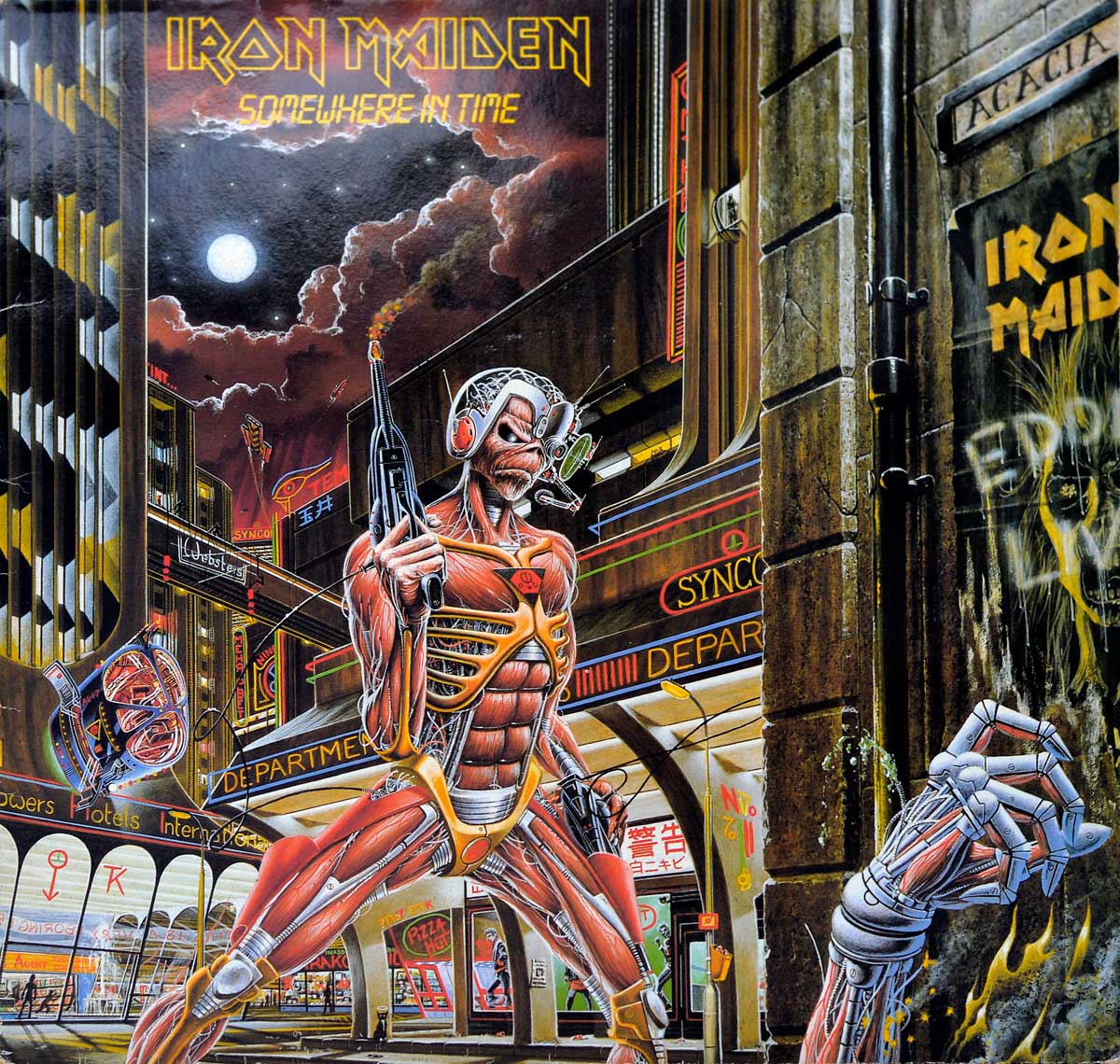 This album "IRON MAIDEN Somewhere in Time" includes the original custom inner sleeve with album details, complete lyrics of all songs by and artwork/photos

This album was Mixed at Electric Ladyland Studios, New York.

This album was mastered at Sterling Sound, New York City

Photo Of The Back Cover IRON MAIDEN Somewhere in Time 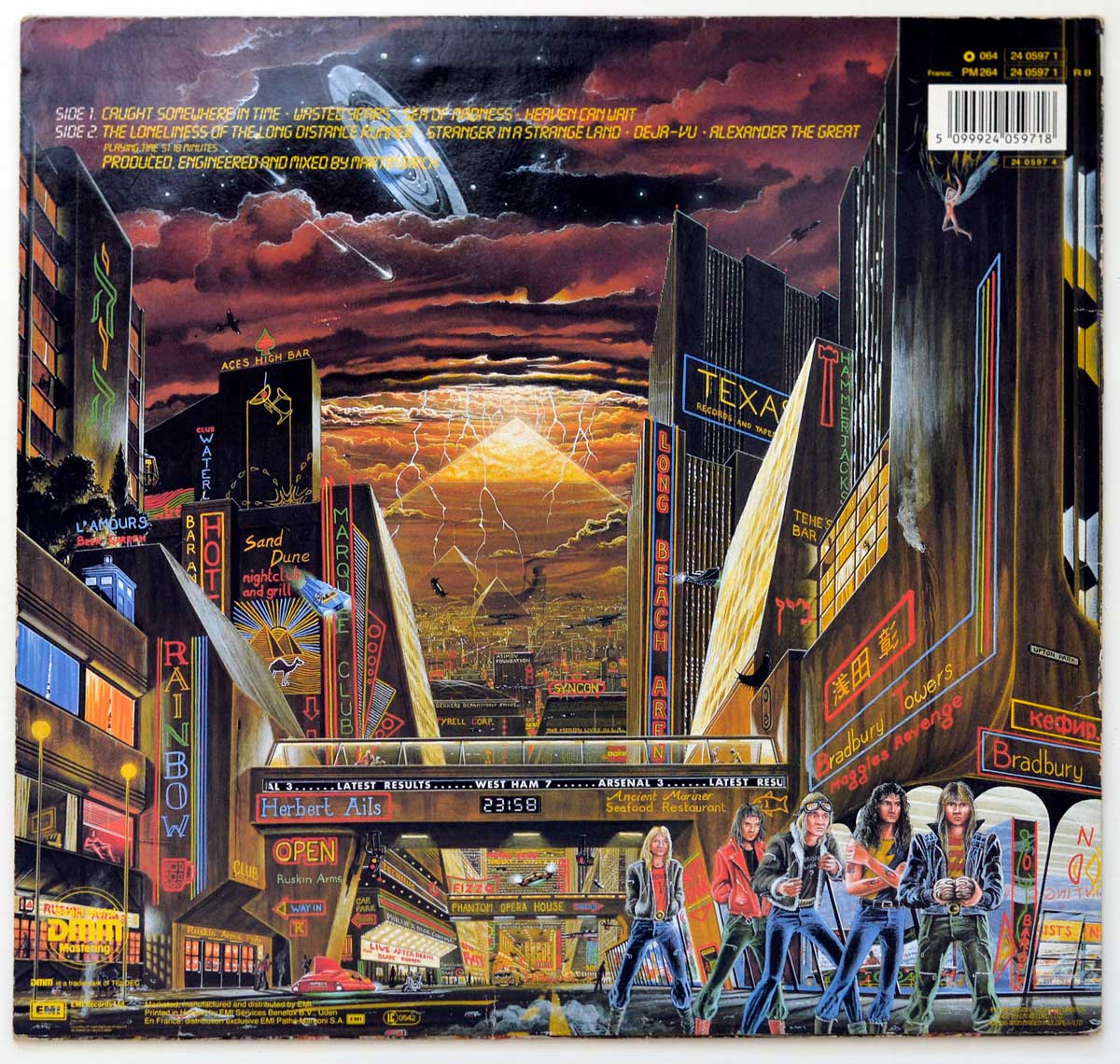 Close up of IRON MAIDEN Somewhere in Time record's label

Photo of Side One: IRON MAIDEN Somewhere in Time 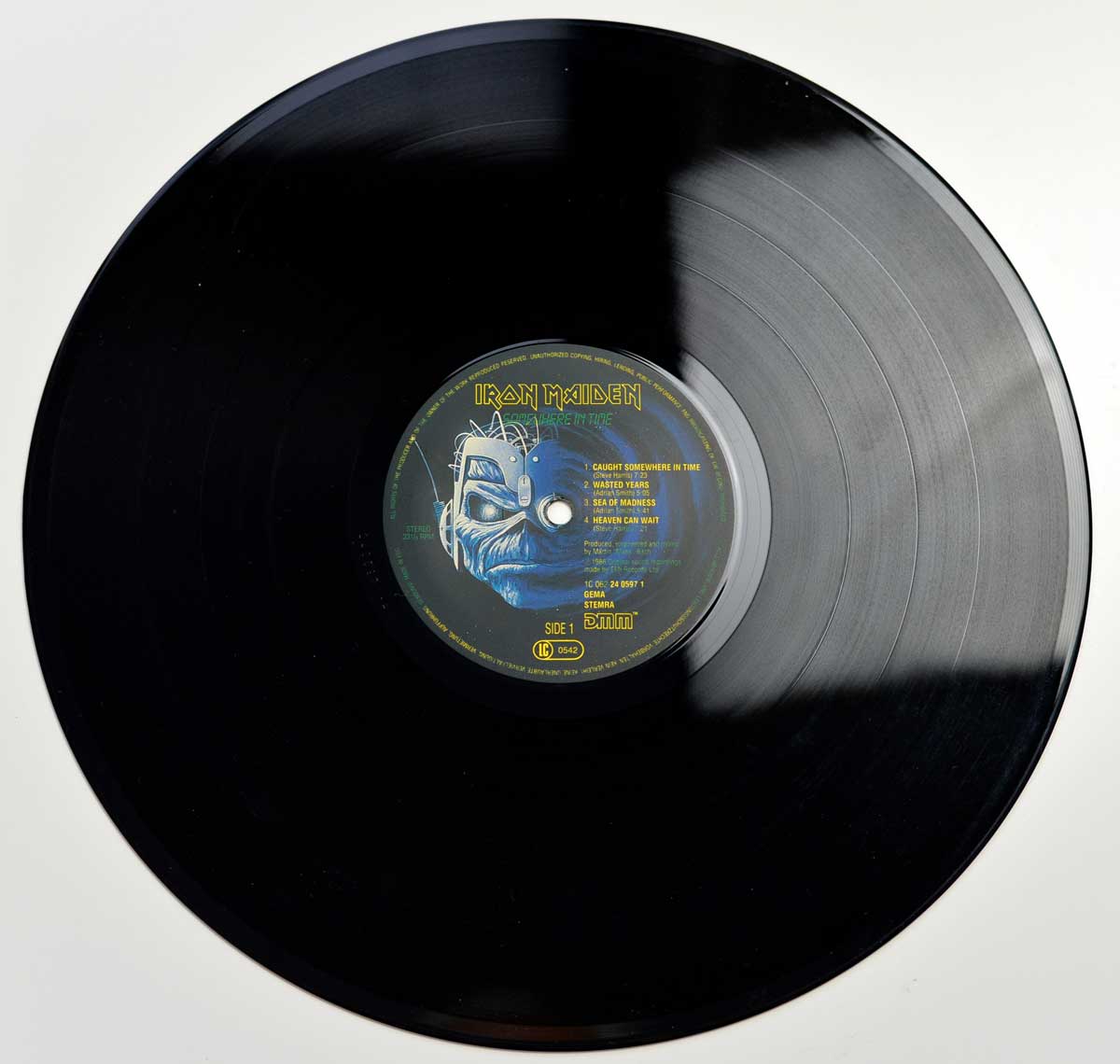 Photo of Side Two: IRON MAIDEN Somewhere in Time 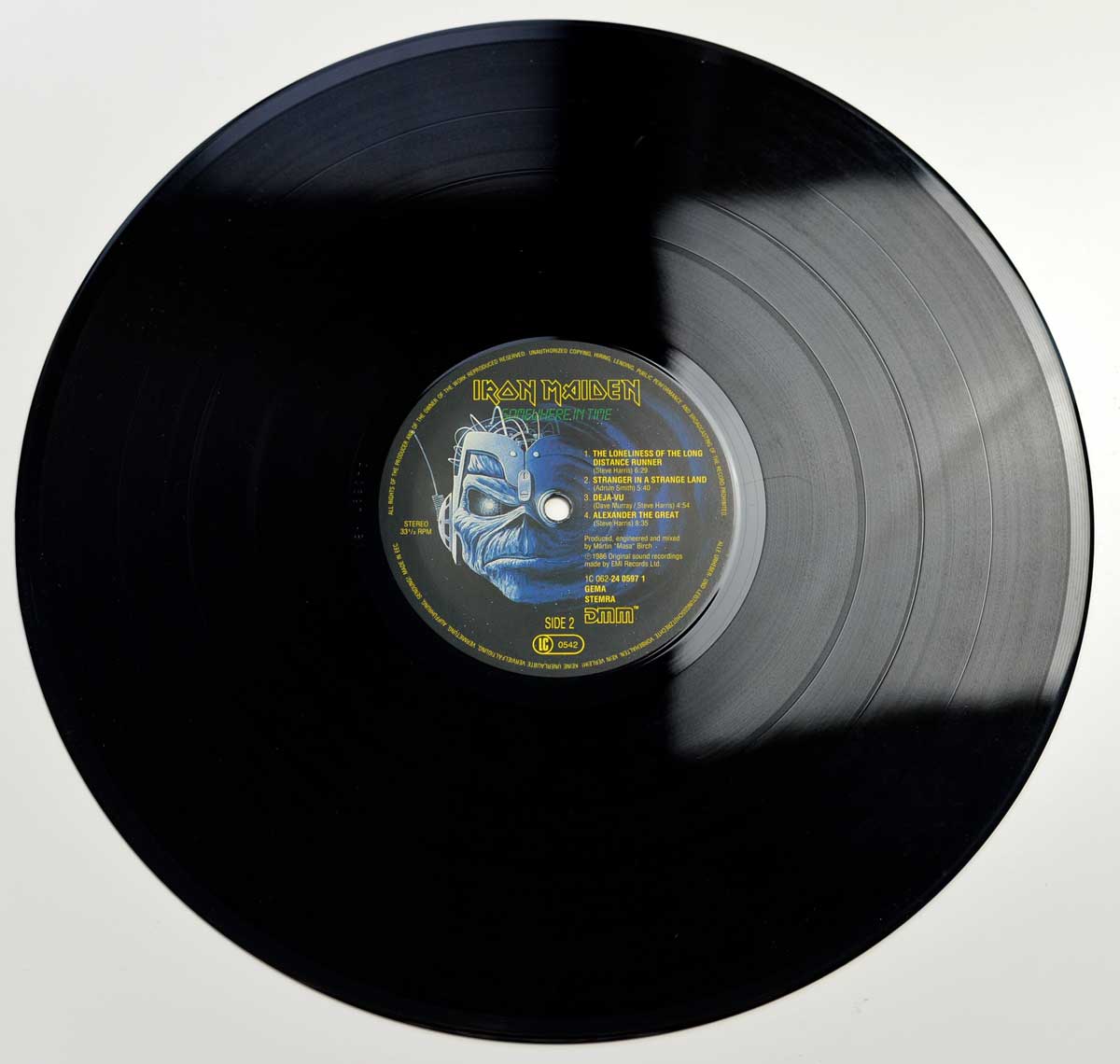