This is the European release of "Piece of Mind" by "Iron Maiden". This release can be identified by bottom left text printed on the album back cover, the rim-text of the label being printed in white and the "Made in EEC" printed near 3'o clock, also on the record's label

"Piece of Mind" is the fourth studio album by British heavy metal band Iron Maiden. It was originally released in 1983 on EMI, and on Capitol in the US; It was the first album to feature drummer Nicko McBrain, who had recently left the Paris-based band Trust and has been Iron Maiden's drummer ever since. 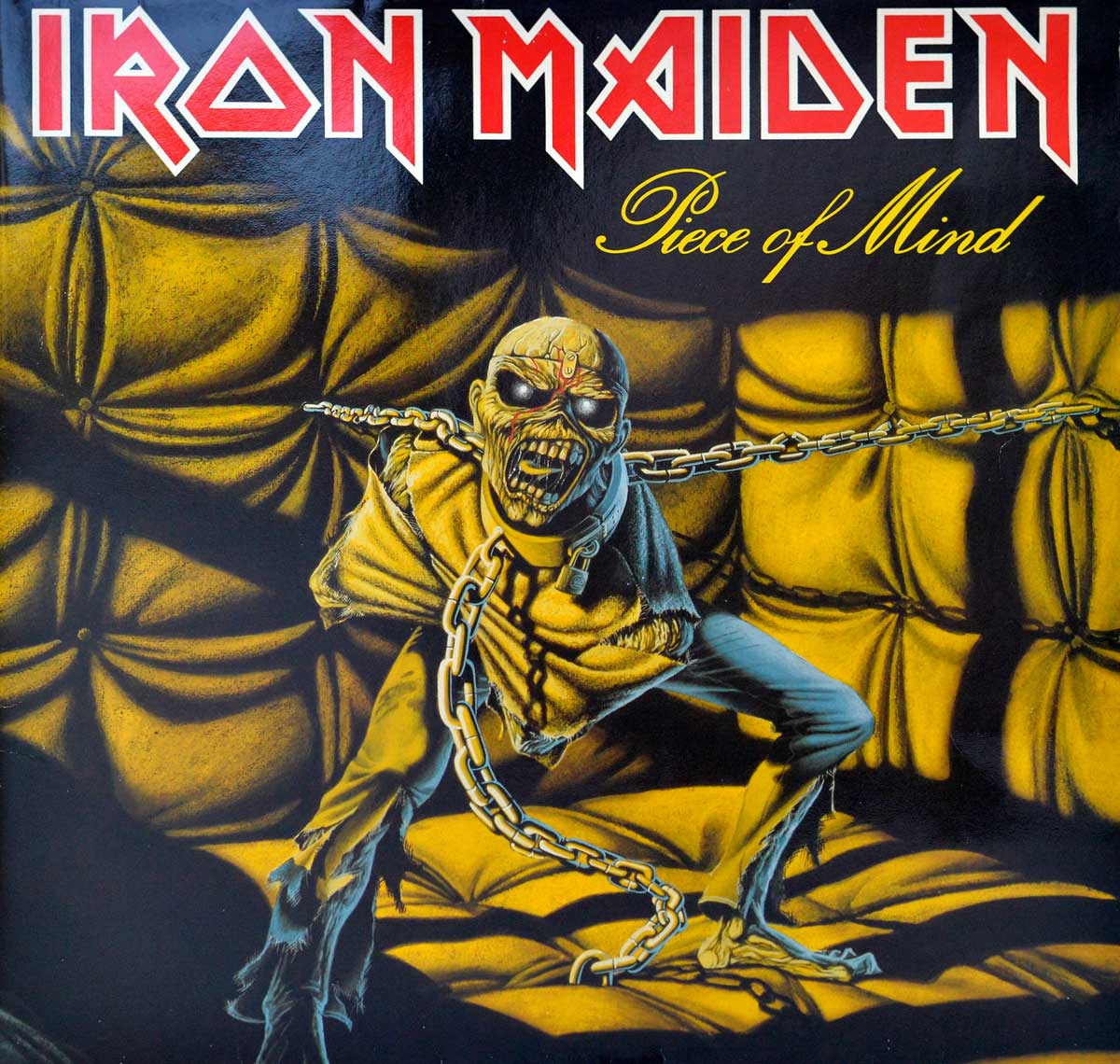 This album was recorded at: Compass Point Studios

Simon Fowler is a British photographer mainly known for photographing "Iron Maiden". For the album "Piece of Mind" he was called: Simon "Bullseye" Fowler. 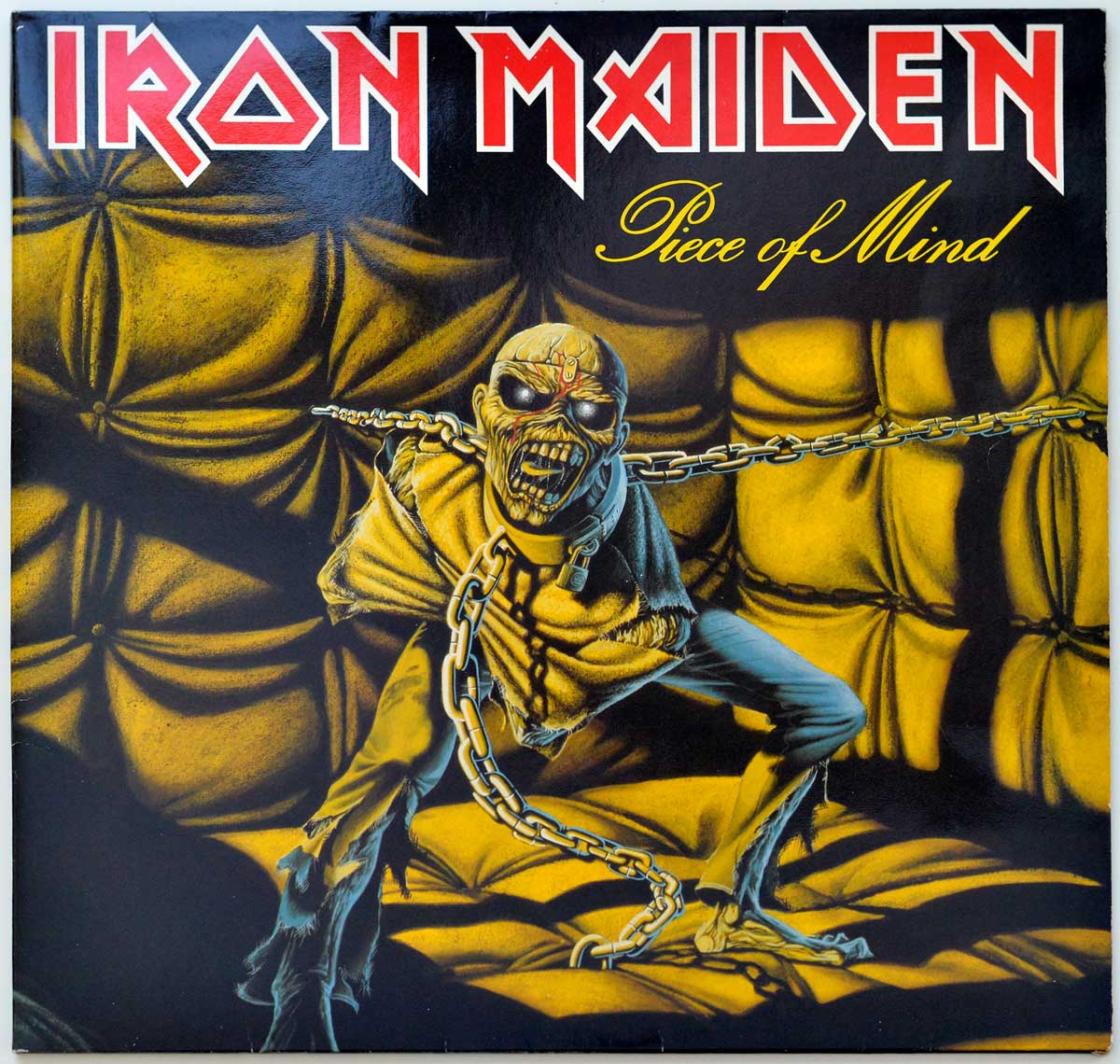 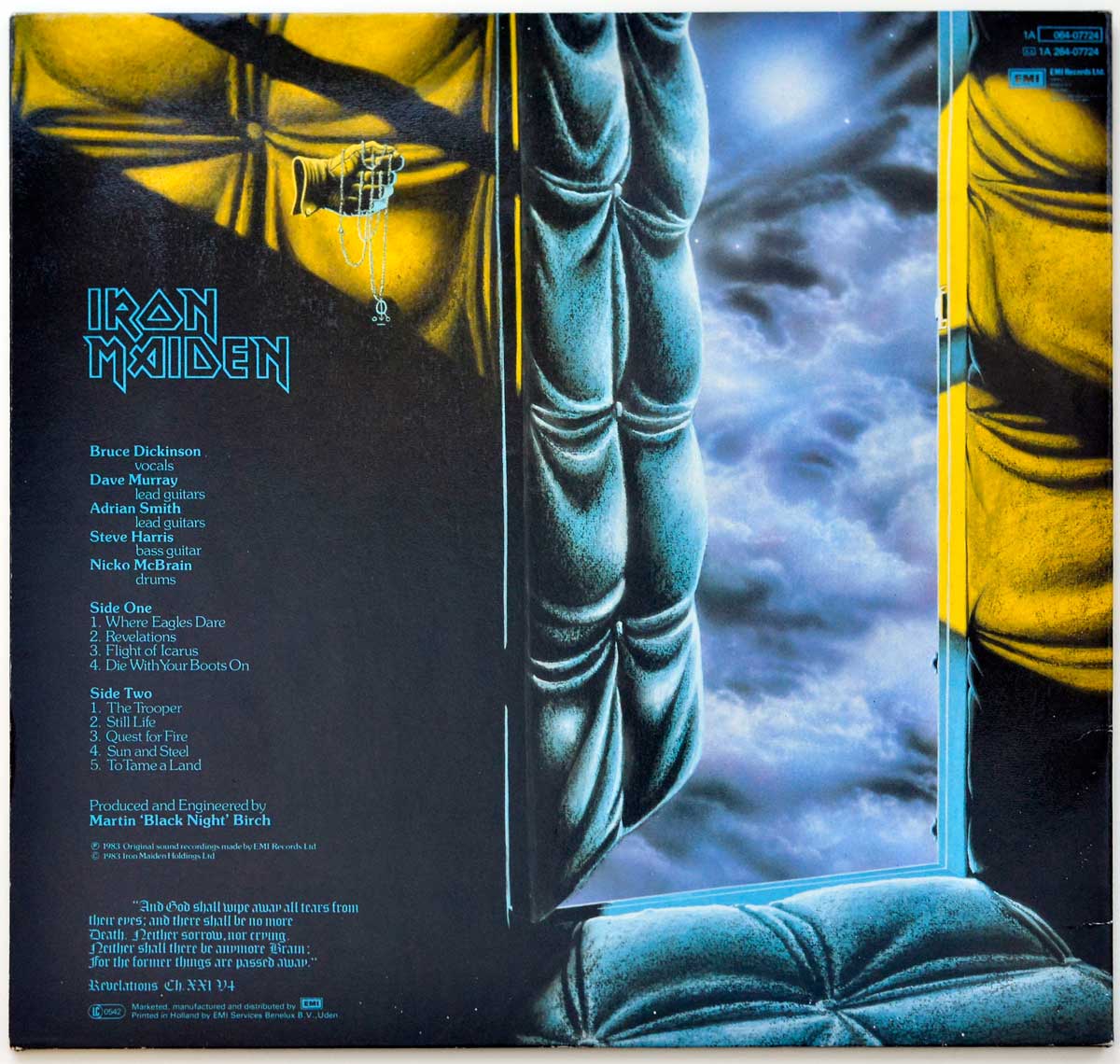 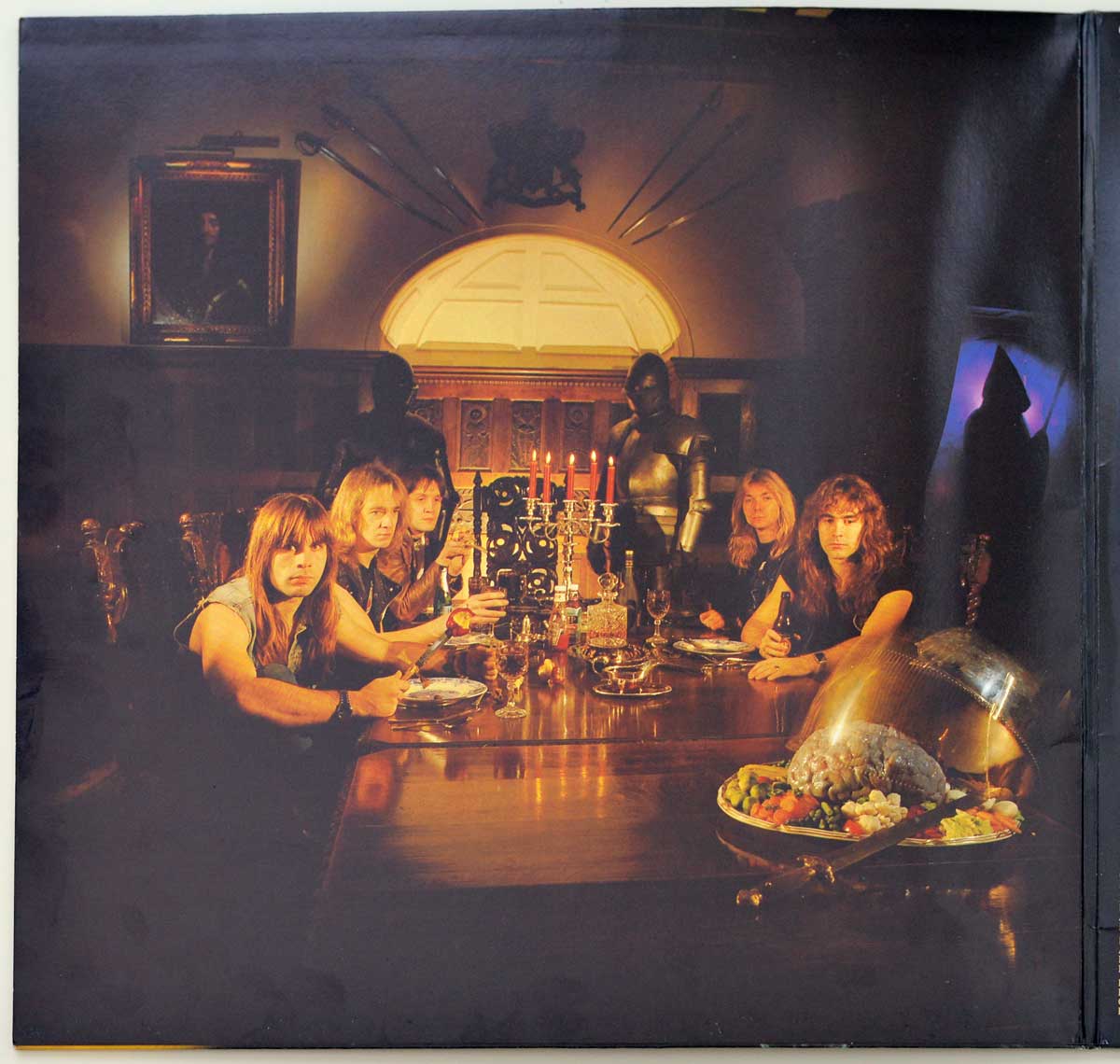 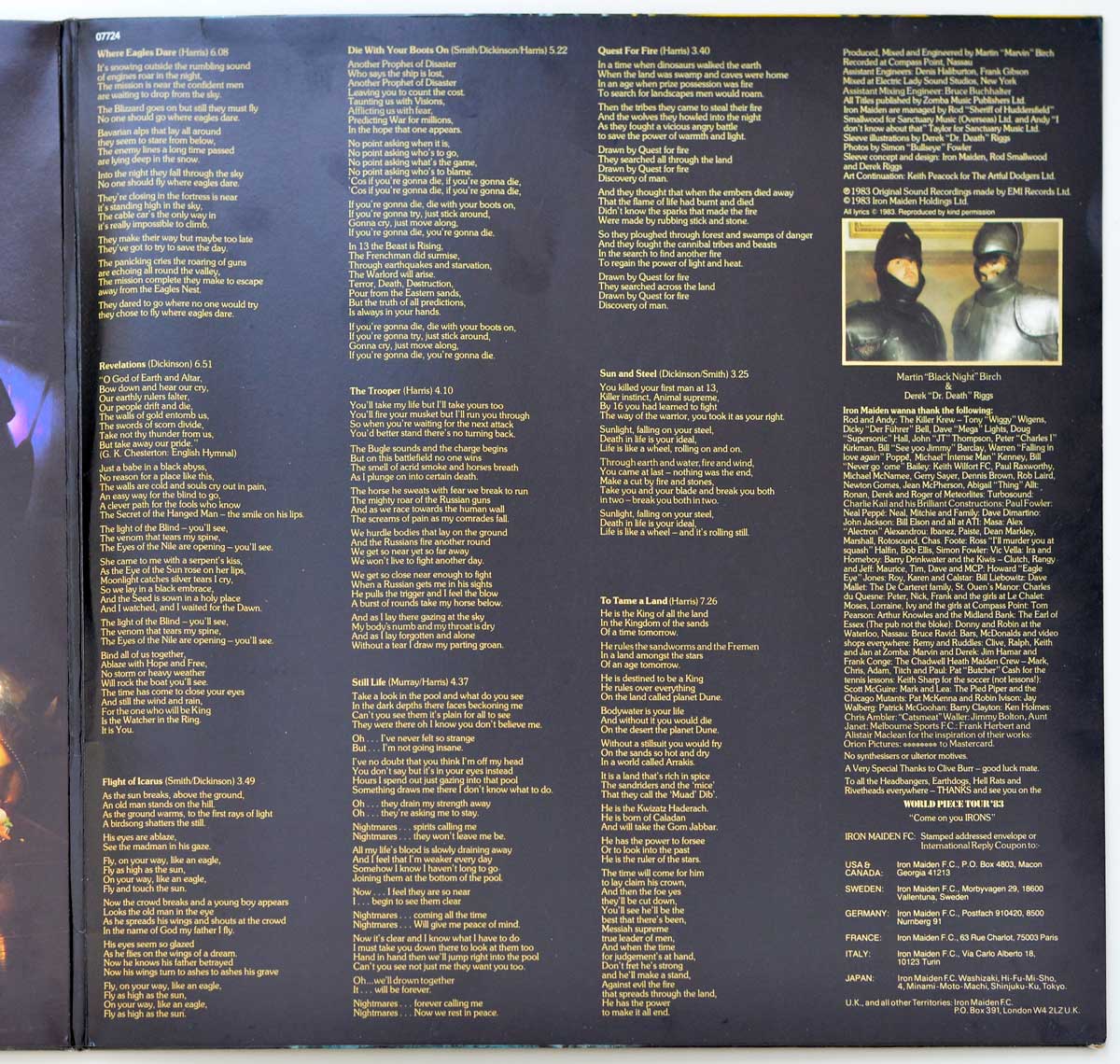 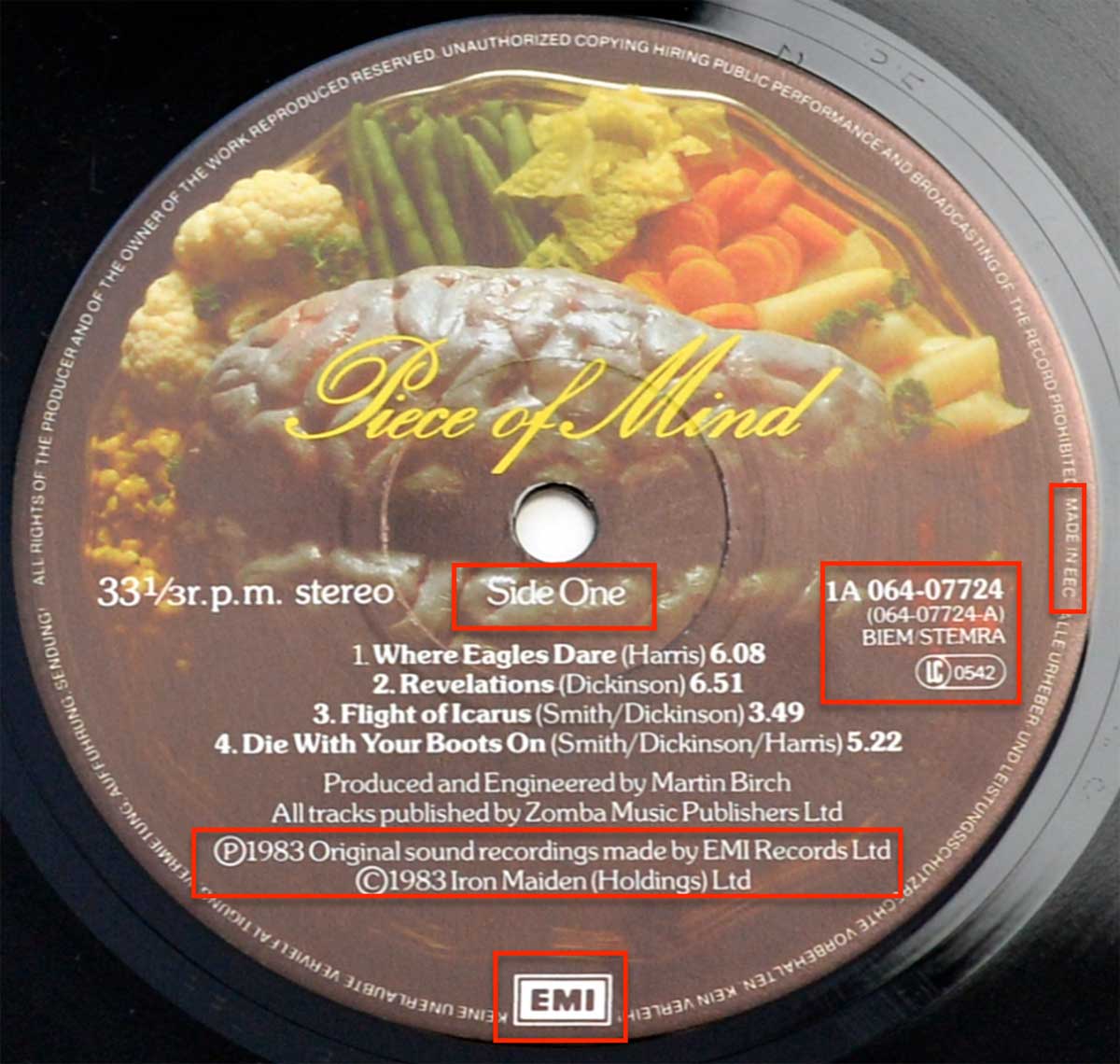 Photo of Side One: IRON MAIDEN - Piece of Mind ( Netherlands and Europe ) 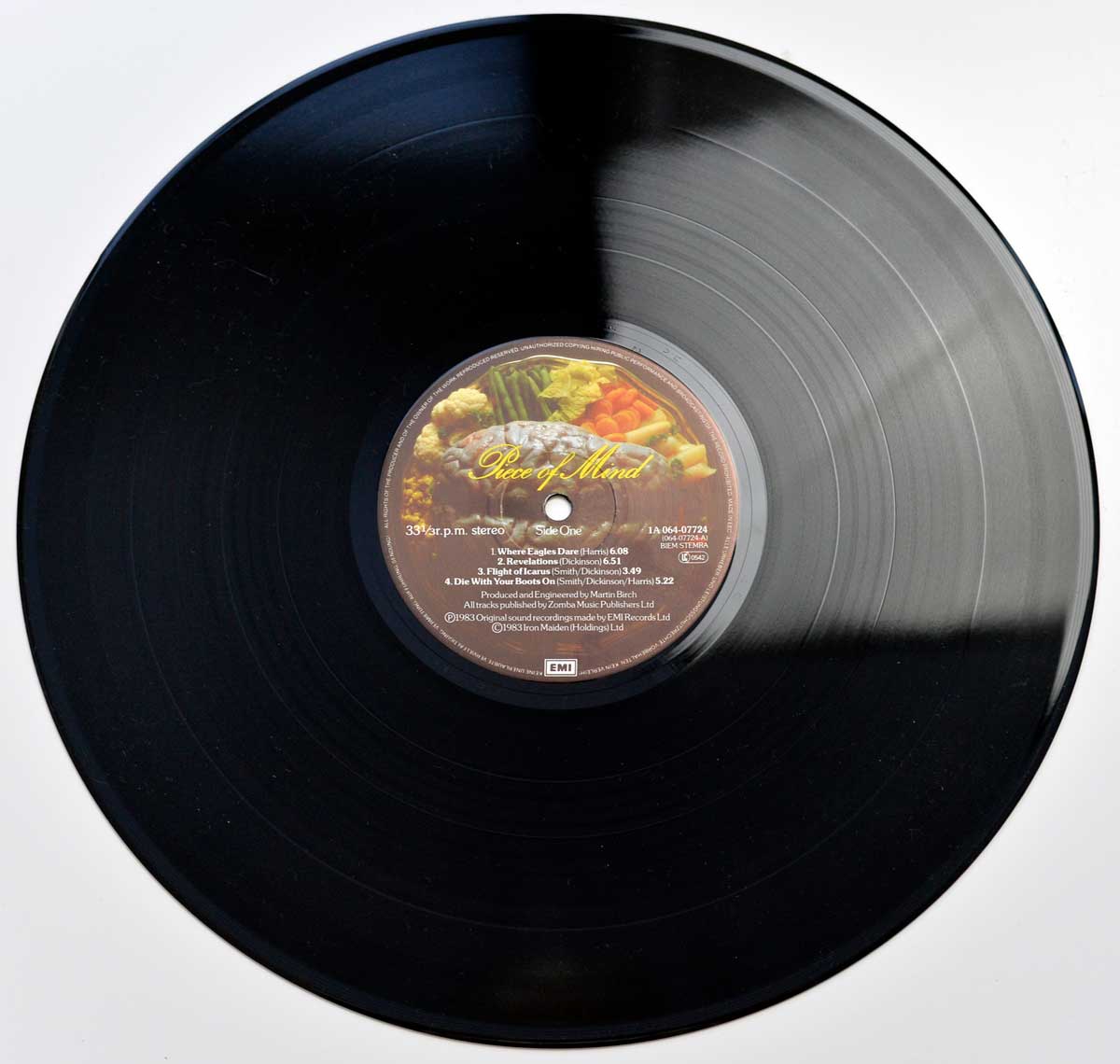 Photo of Side Two: IRON MAIDEN - Piece of Mind ( Netherlands and Europe )