"Skid Row" is the first official full-length studio album by the American Heavy Metal / Hard Rock band "SKID ROW" and was released in 1989. 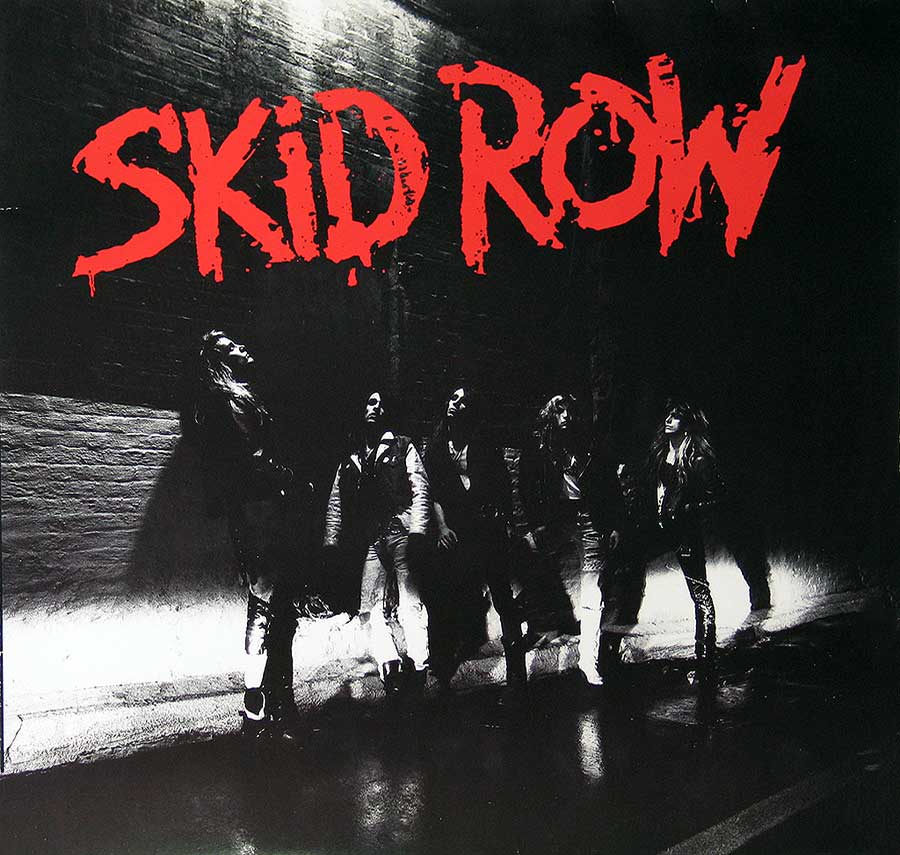 This album was recorded at Royal Recorders

It was mastered at Sterling Sound and Specialty Records Corporation

Bob Defrin - As director, graphic designer and head of art for Atlantic records, Bob Defrin has been responsible for the album covers of many Heavy Metal bands during the 1980s.

Mark Weiss is an American rock and roll photographer. His most widely recognized photographs capture the look and aesthetic of music and celebrity personalities of the 1980s. His work with renowned publications such as Circus magazine and FACES helped establish Mark "Weissguy" Weiss as a name known for rock photography. He has photographed everyone from the Rolling Stones , KISS , Madonna , to the Wu Tang Clan.Source: Wikipedia 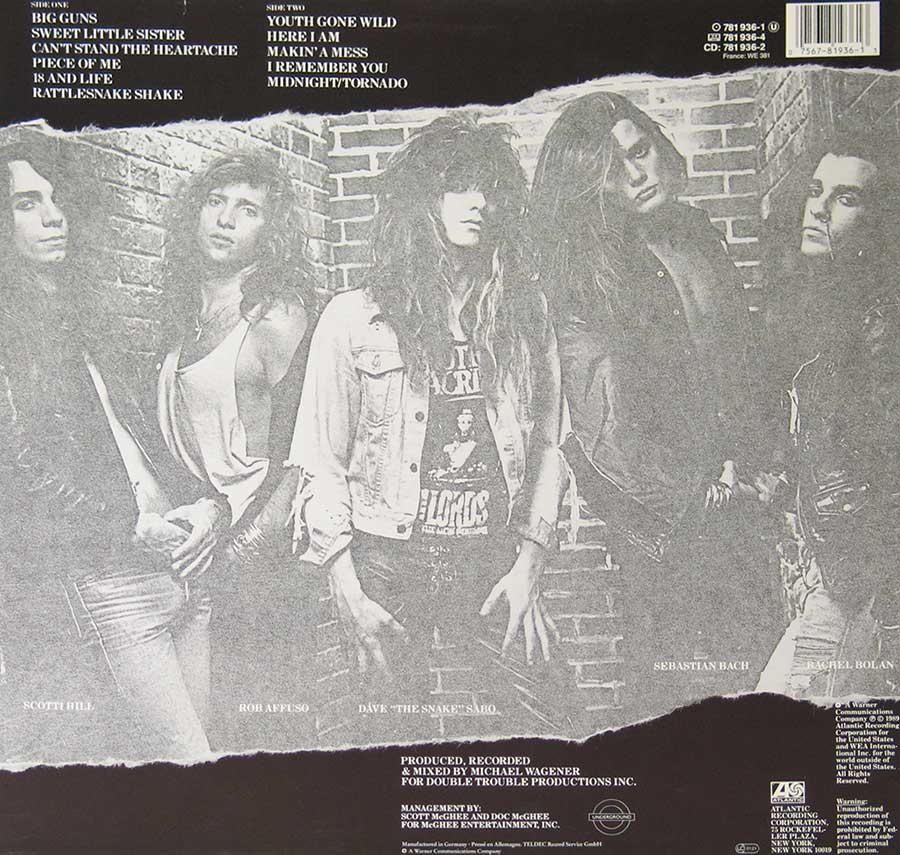 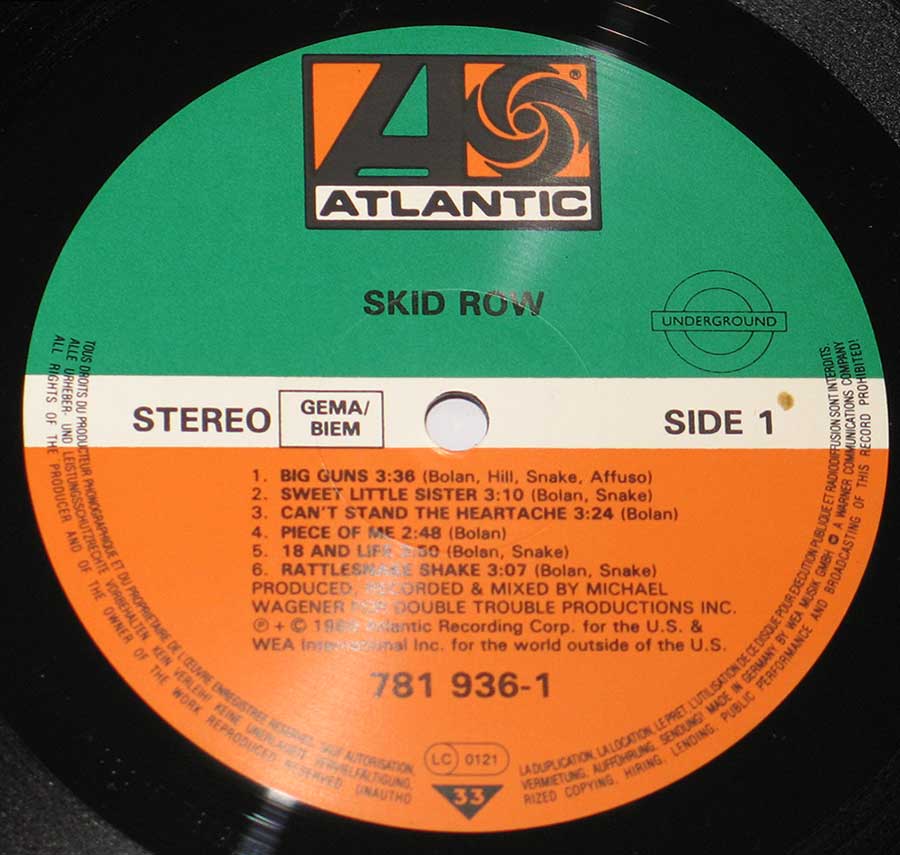