On the discography listing below you will find OMEN vinyl records released during the 1970s and 1980s. For each record you will have the record company's catalognr, album title, year and country of release. Complete information for each record can be viewed by selecting the corresponding links. Albums have been ordered in ascending alphabetical order of the album titles. 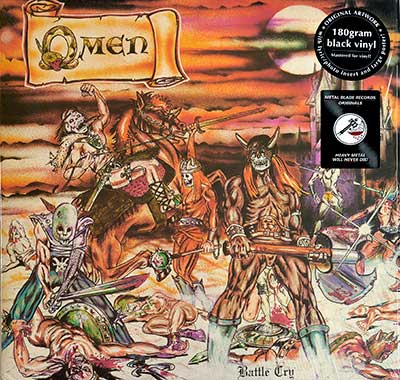 "Battle Cry" is the debut album of the American heavy metal band Omen. It was originally released in 1984 by Metal Blade. This is the 2017 re-issue of the album and includes lyrics insert and large poster.

This is the original 1984 release of the album and includes lyrics insert and large poster. 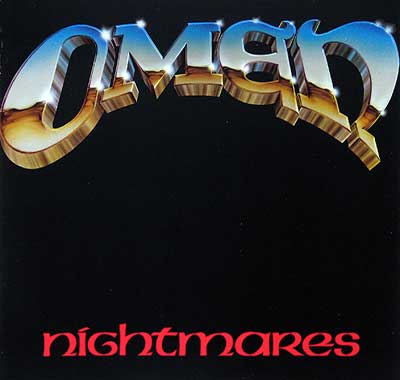 Nightmares is an 12" extended play ( EP ) record by the American Heavy Metal band OMEN, this record was released in 1987 and produced by Brian Slagel.

"Warning of Danger" is the second full length album by the American Heavy Metal band: "Omen". It has been recorded at the Eldorado Studios and Track Record Studio. Bill Metoyer has been taking care of the recording , while production was managed by "Brian Slagel" and Omen. Eddy Schreyer was the mastering engineer, mastering it at Eldorado Studio, Los Angeles.