Kingdom Come is the debut album by the German hard rock band with the same name and is considered their best album. 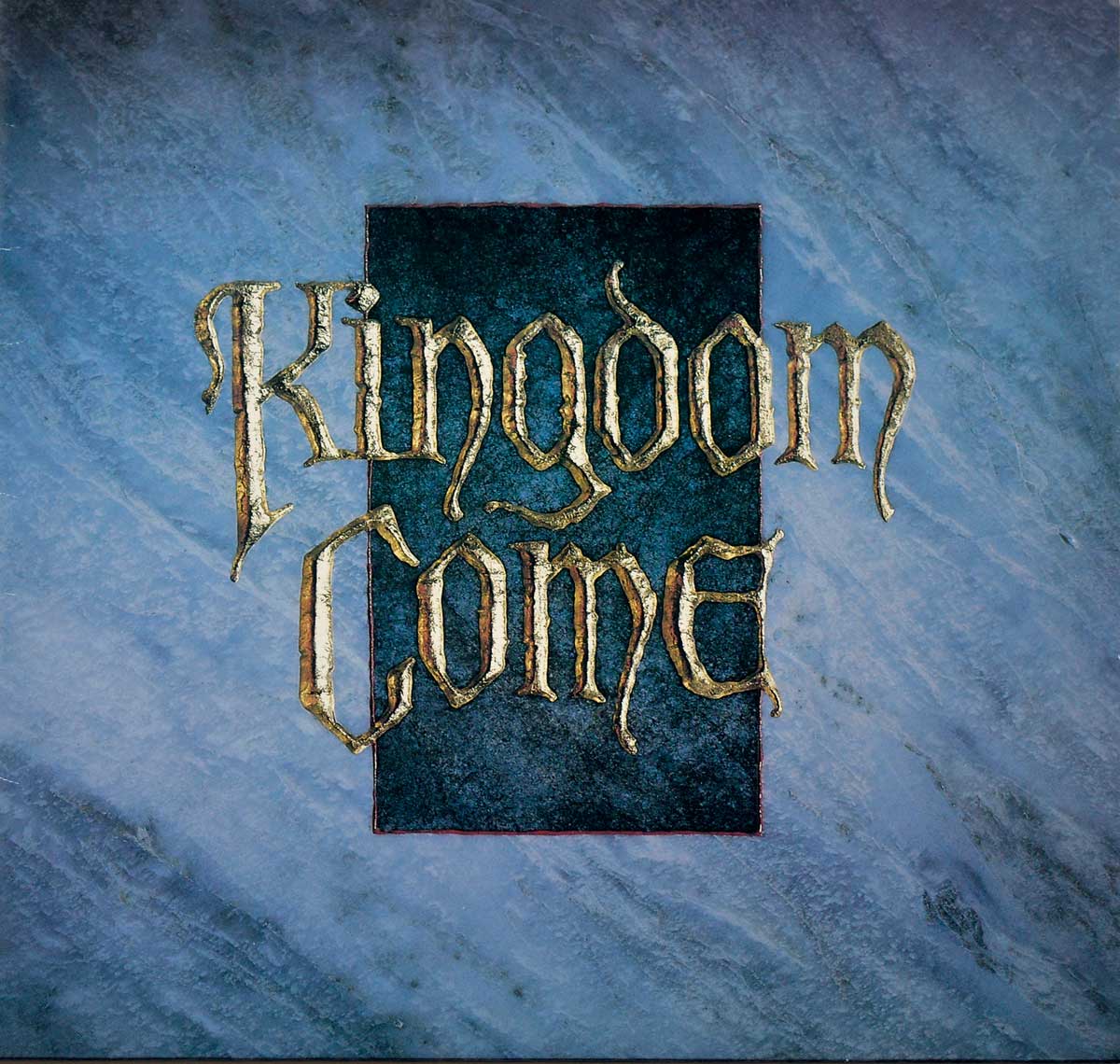 Bob Rock a music producer and sound engineer from Winipeg, Canada who has worked with several major heavy metal bands including: Aerosmith , Krokus , Metallica, Motley Crue , and many others.

This album was recorded at: Little Mountain Studios, Vancouver

Hugh Syme is a Canadian Juno Award-winning graphic artist and member of the Premier Artists Collection (PAC) who is best known for his artwork and cover concepts for rock and metal bands. He is also a musician and has appeared in some Rush songs as a keyboard player. Syme is notably responsible for all of Rush's album cover art since 1975's Caress of Steel as well as creating Rush's famous Starman logo.

Iron Maiden fans remember him best as the designer of The X Factor cover, which shows the band's mascot Eddie the Head dissected. It is remembered for its gritty realism. Whereas all previous Maiden albums were oil paintings, the X Factor Eddie was a puppet with some digital touch-ups to enhance its look. In some countries the cover was considered so gruesome that a less gory alternative was offered (the alternative cover is actually the back of the original CD booklet)

Collectors may wish to collect his complete oeuvre of album covers.

1988 Made in West-Germany for European Distribution 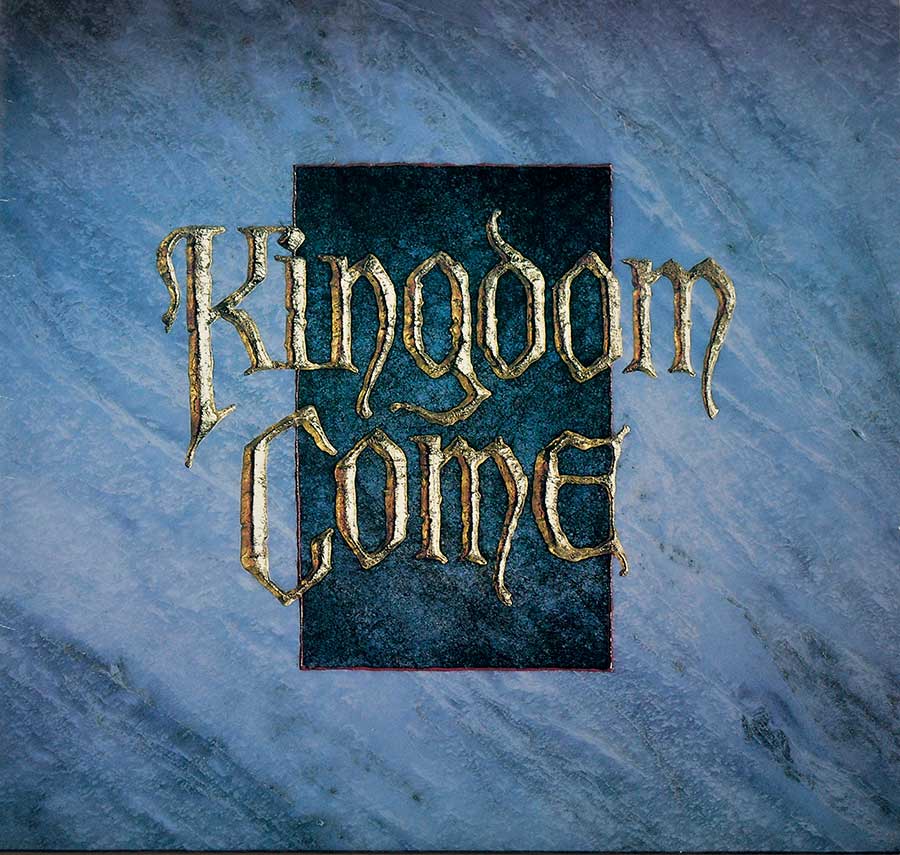 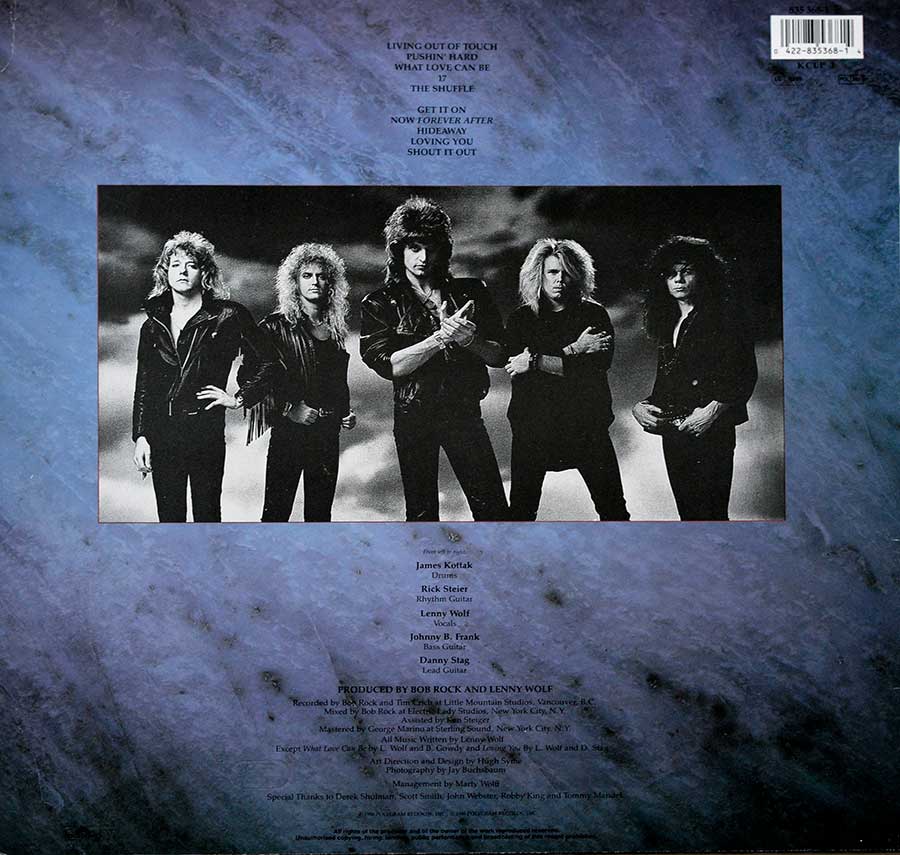 Close up of record's label KINGDOM COME - Self-Titled 12" Vinyl LP Side One: 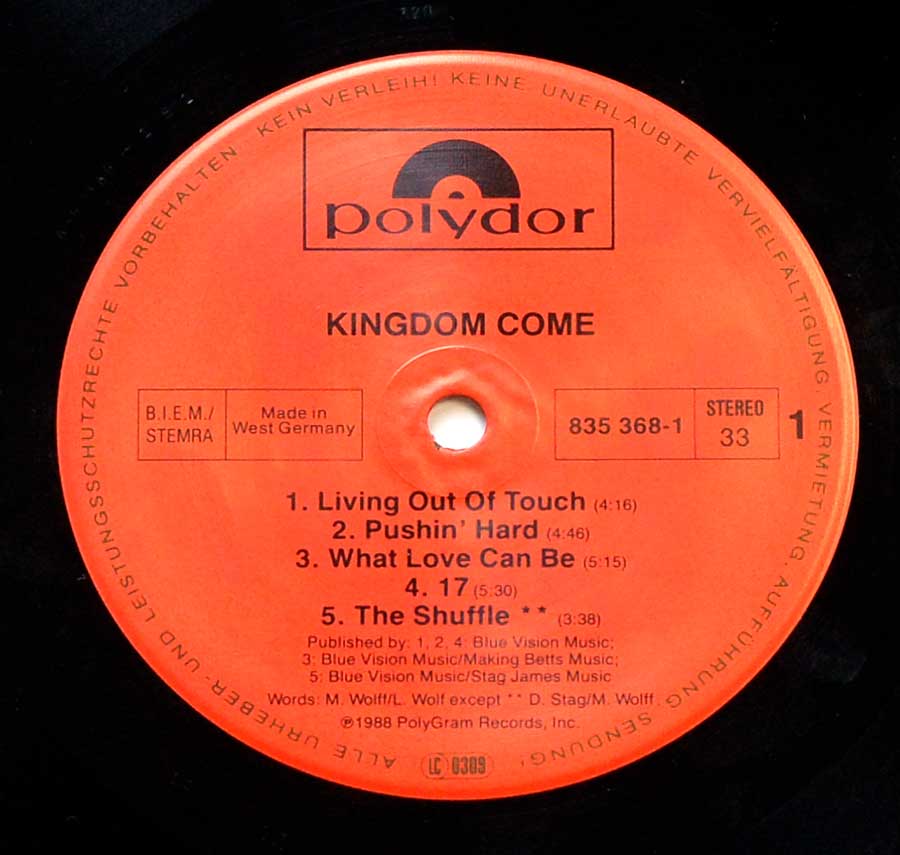