Album Description: This is the first album by "EAST OF EDEN" called "Mercator Projected" take one electric violin which blows rock, and Bartok, add one flute from the East, mix in Sumerian saxophones, bass, drums, guitar and liquid word pictures - mark "East of Eden"

"East of Eden" was a British progressive rock band, who had a Top 10 hit in the UK with the single, "Jig-a-Jig", in 1971. Although some might consider this group as being a symphonic progressive band, others state that their style is mostly jazz oriented. Combining flutes, violins and tape loops to folk, gypsy and psychedelic music, the "East of Eden" style was always heavily supported on a pure rock base; strong and experimental. 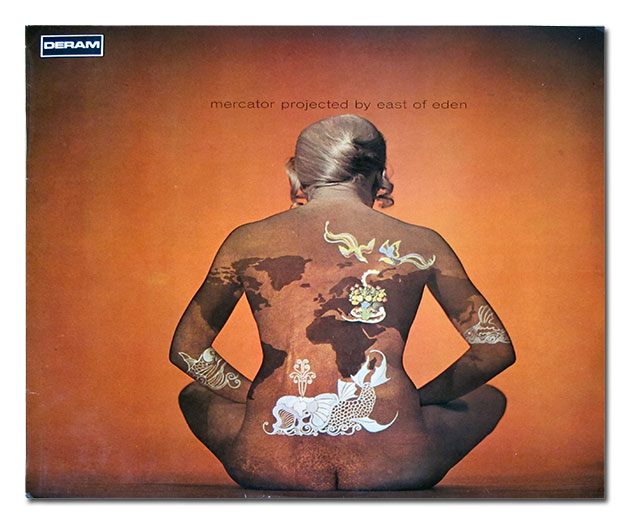