This is the genuine first release of "Tales From The Twilight World" by the German Power Metal band: "Blind Guardian"

"Tales from the Twilight World" is the third official full-length album by the German Power metal band "Blind Guardian". One of the guest musicians is "Kai Hansen" from the bands "Helloween" and "Gamma Ray". "Pieter Sielck" also from "Helloween" has been assistent sound engineer and did some of the backing vocals. 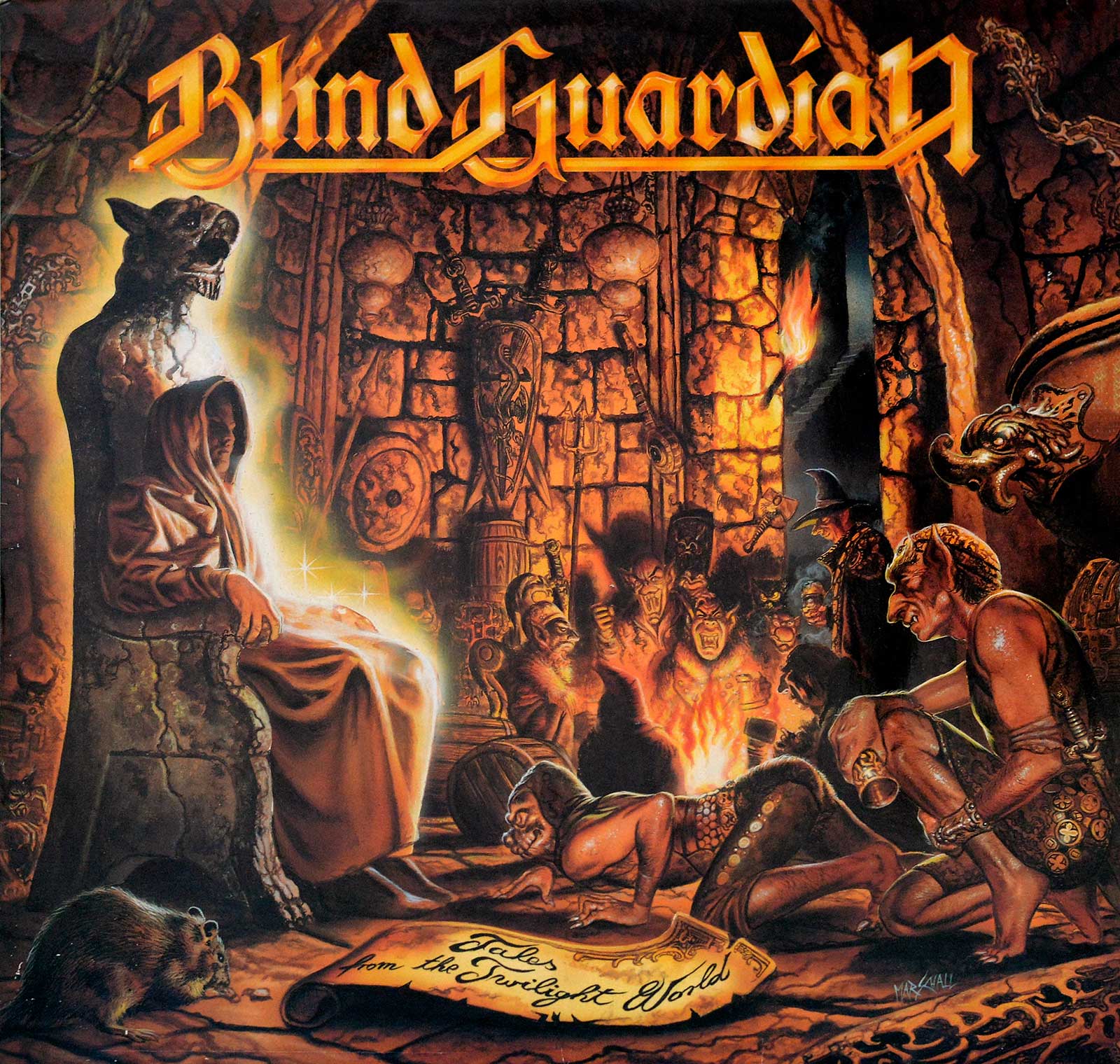 On Sale: BLIND GUARDIAN - Tales From The Twilight World 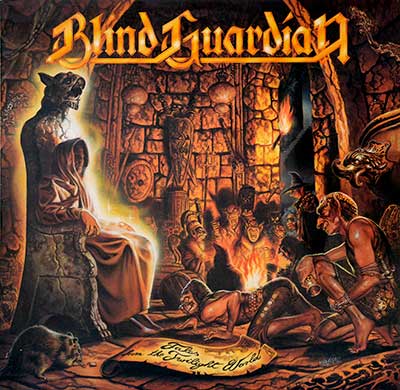 VERY GOOD (VG): Many of the defects found in a VG+ record will be more pronounced in a VG disc. Surface noise will be evident upon playing, especially in soft passages and during a song's intro and fade, but will not overpower the music otherwise.

Essentials of: BLIND GUARDIAN - Tales From The Twilight World

1990 Made in Germany for European Distribution

Charly Rinne ( Producer, Photographer ) First Chief Editor of the Germany Heavy Metal magazine "Metal Hammer" from 1984 until 1986. Rinne has been executive producer, producer and photographer for a dozen of German Heavy Metal during the late 1980s. Here is a list Rinne has worked for.

Piet Sielck a Power Metal guitarist from Hamburg, Germany. Together with "Kai Hansen" he formed in 1978 the band "Gentry" and left this band which was renamed into "Helloween" during 1982. Sielck has been guest performer in numerous other bands including "Blind Guardian", "Gamma Ray", "Grave Digger" and many others.

Andreas Marschall Album Artwork is one of Germany's most popular album cover illustrators and graphics artist and during the 1980s he has illustrated dozens of Hard Rock and Heavy Metal album covers for bands like Destruction, Kreator, Running Wild and many others. Here is a list of album sleeves he has worked on during the 1980s and early 1990's.

Buffo - Painting of the Innersleeve

Photo of Side One: BLIND GUARDIAN - Tales From The Twilight World

Photo of Side Two: BLIND GUARDIAN - Tales From The Twilight World 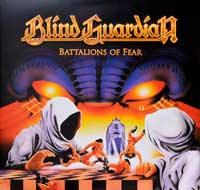 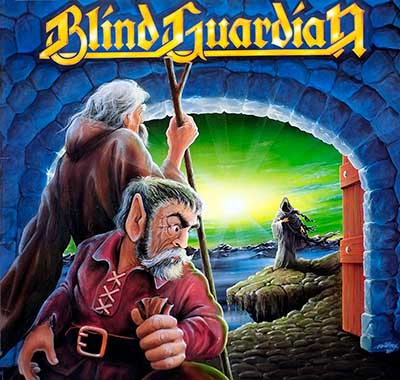 "Follow The Blind" was released in 1989 and is more in the vein of speed metal, compared to the style that would later define the band's unique sound. .

"Tales from the Twilight World" is the third official full-length album by the German Power metal band "Blind Guardian". One of the guest musicians is "Kai Hansen" from the bands "Helloween" and "Gamma Ray".