This is the European release of "Fighting the World" this album was released by Manowar on 1987 . It was the first Manowar album to feature artwork by long-time collaborator Ken Kelly, and also the first heavy metal album to be recorded and mixed entirely on digital equipment. 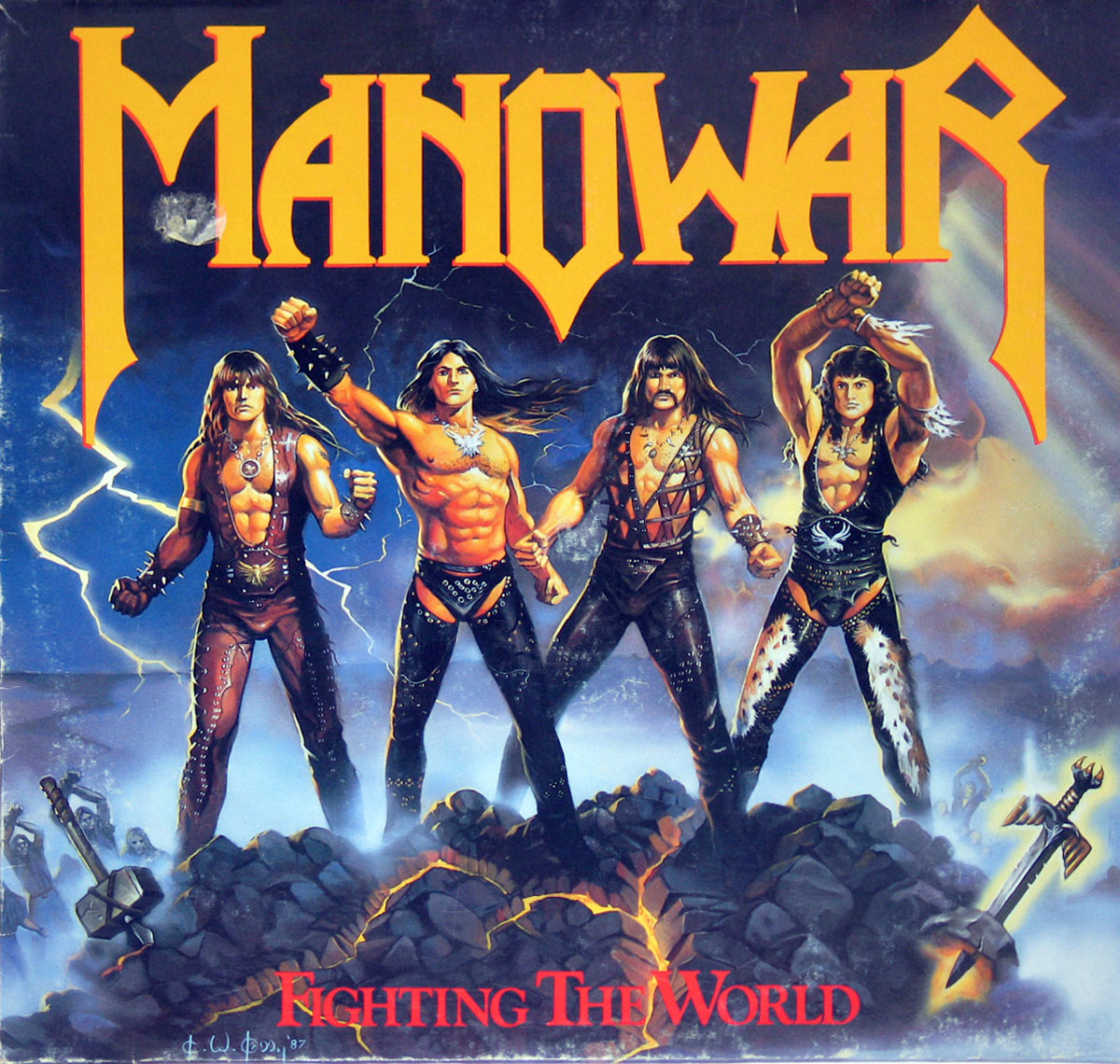