"Désir de vampyr" is the second studio album by the French Heavy Metal band"Blaspheme", this album was released in 1985. It was their last album until their reunion in 2008. This web-page has hi-res photos of the album covers, record label and a detailed description.

BLASPHEME is a Heavy Metal band from France and has been mainly active from 1981 until 1985 ( and re-united around 2008 ). During 1984-1985 they released two studio albums "Blasphème" and "Désir de vampyr". This band is not to be confused with the Canadian band with the same name. 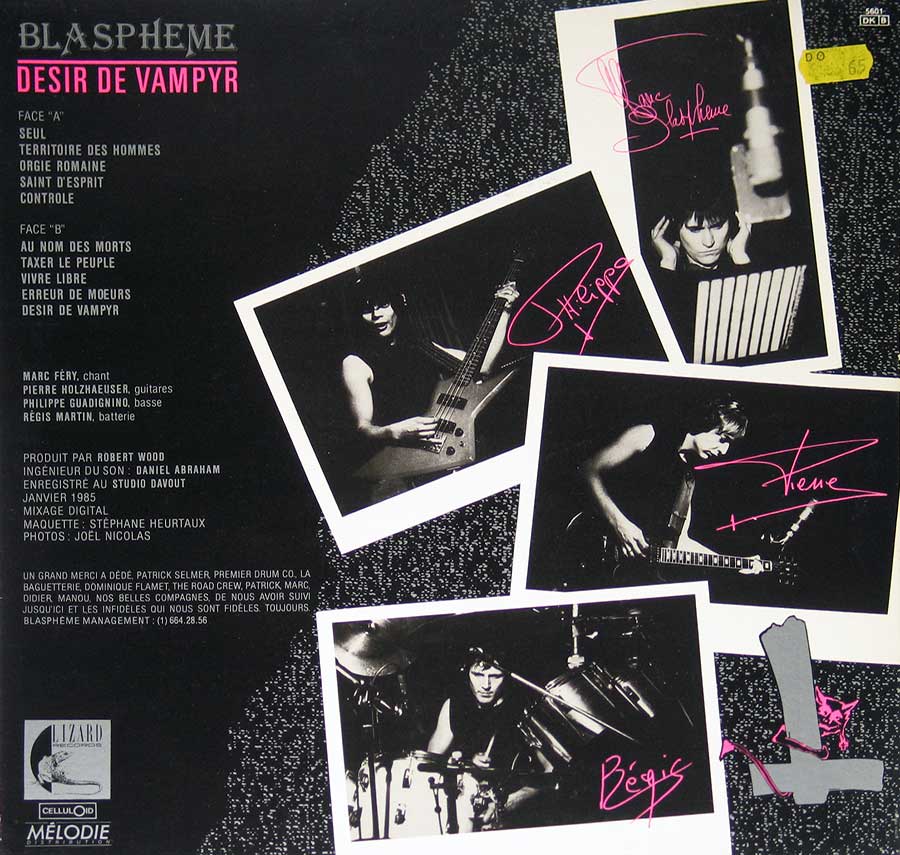