Man is the third studio album by the Welsh progressive rock band Man and was released March 1971. It was the first album by this line-up, Terry Williams having replaced Jeff Jones on drums, while Martin Ace replaced Ray Williams on bass.

Man are a rock band from South Wales whose style is a mixture of West Coast psychedelia, progressive rock, blues and country-rock. Formed in 1968 as a reincarnation of Welsh rock harmony group ''The Bystanders'', Man are renowned for the extended jams in their live performances, and having had numerous line up changes. 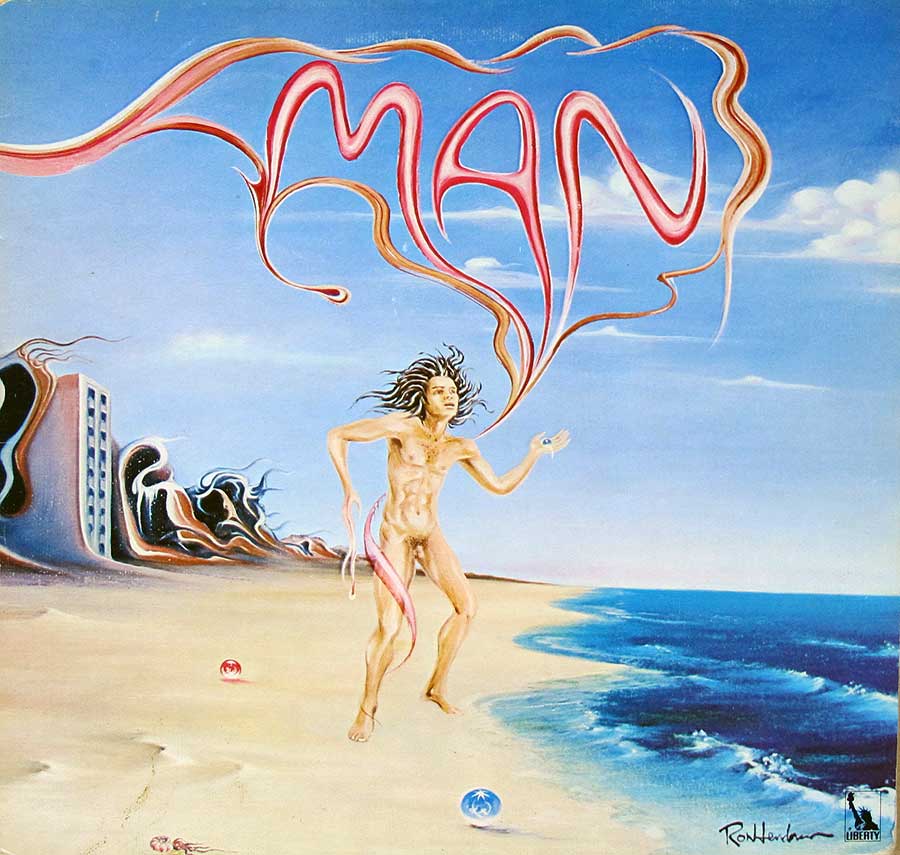 Photo Of The Back Cover MAN - MAN Liberty Records 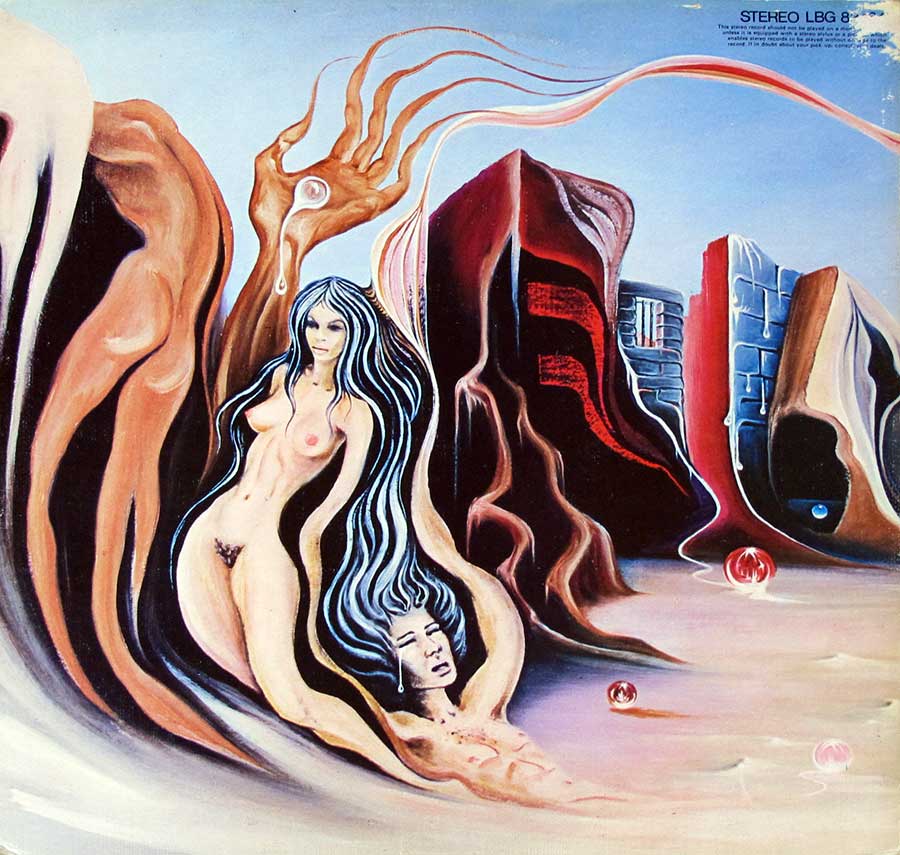 Photo One Of The Inner Gatefold MAN - MAN Liberty Records

Photo Two Of The Inside Pages MAN - MAN Liberty Records 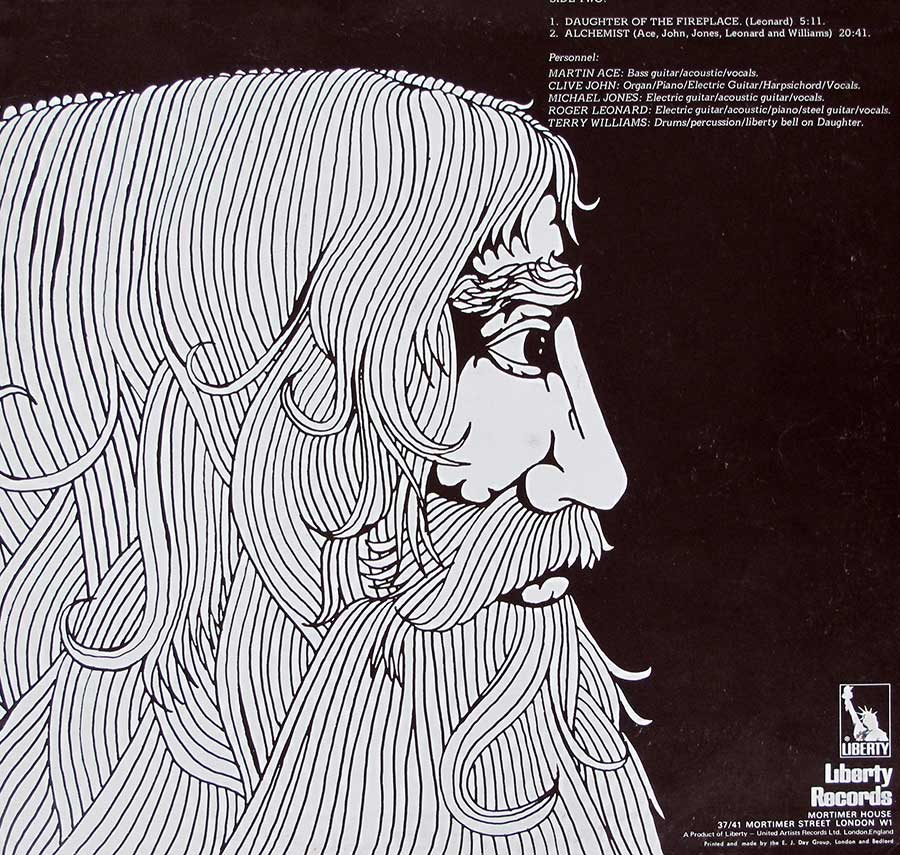 Close up of record's label MAN - MAN Liberty Records Side One: 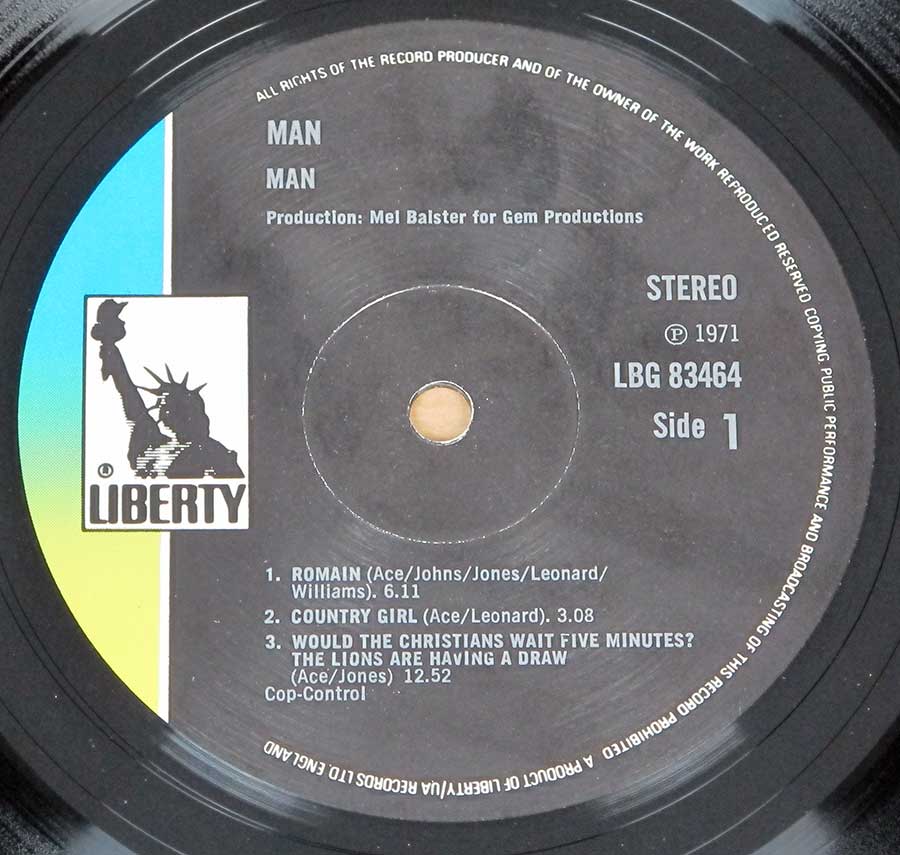