"DEMON EYES" is a Heavy Metal band from Sanois in France. This band was formed in 1982 by Thierry "Atomic Tim" Masson and Philippe "Fil Of Steel" Masson. The band "Demon Eyes" has mainly been active from 1982 until 1990. They reunited in 2006 but have not released any new recordings since.

"RITES OF CHAOS" is the debut album by the French Heavy Metal band "DEMON EYES", it was released on Ebony Records in 1984. 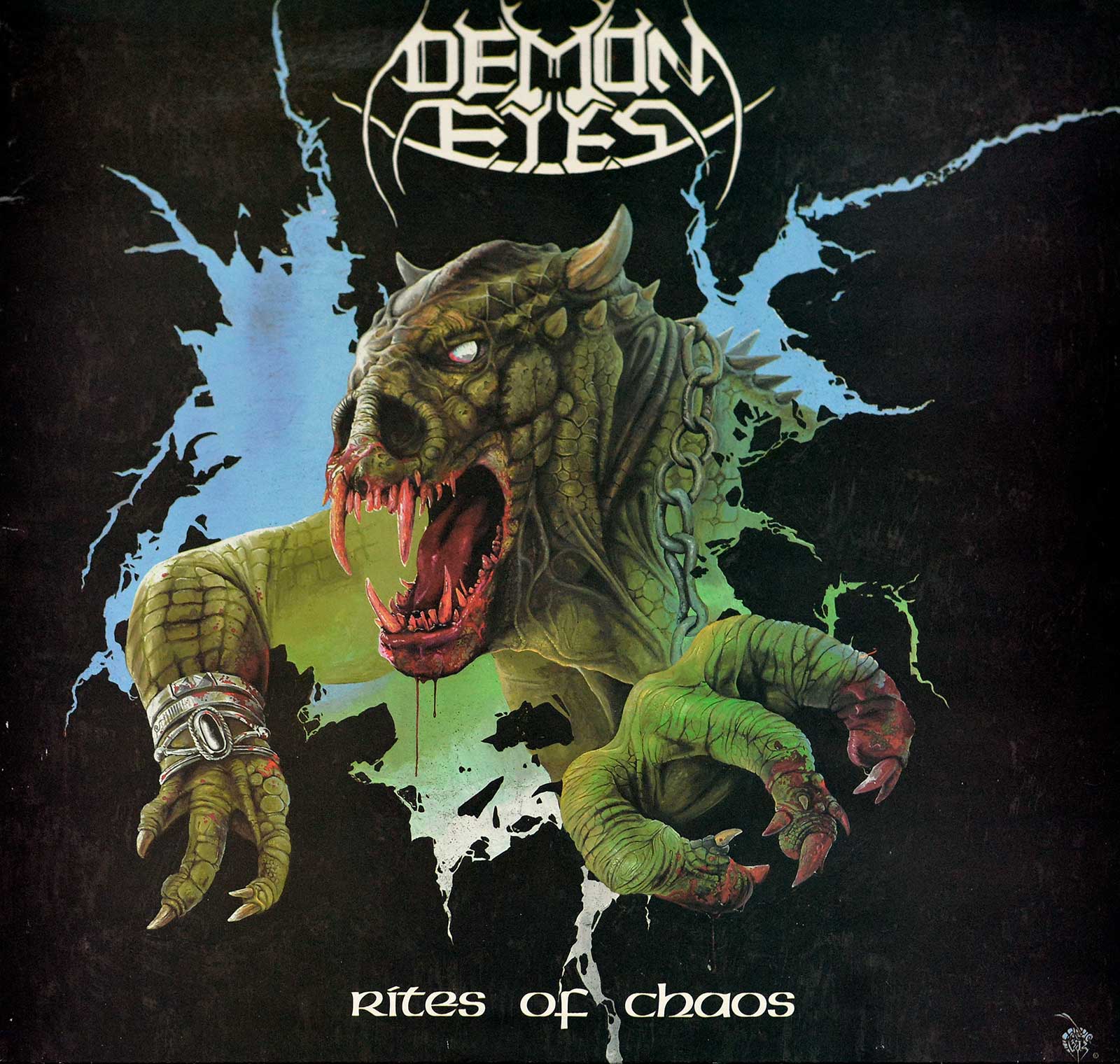 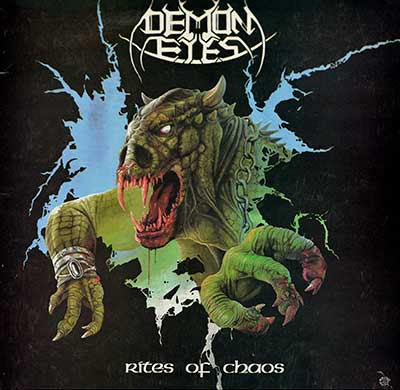 NEAR MINT (NM or M-): The album cover looks close to perfect and has no folds, seam splits, cut-out holes, or other noticeable similar defects.

Garry Sharpe-Young was a British Rock Journalist and Graphic Designer. He has written over 20 books related to rock and heavy metal music. He designed at least two dozen of album covers for bands like: Grim Reaper. Fast Kutz, Savage and many others. 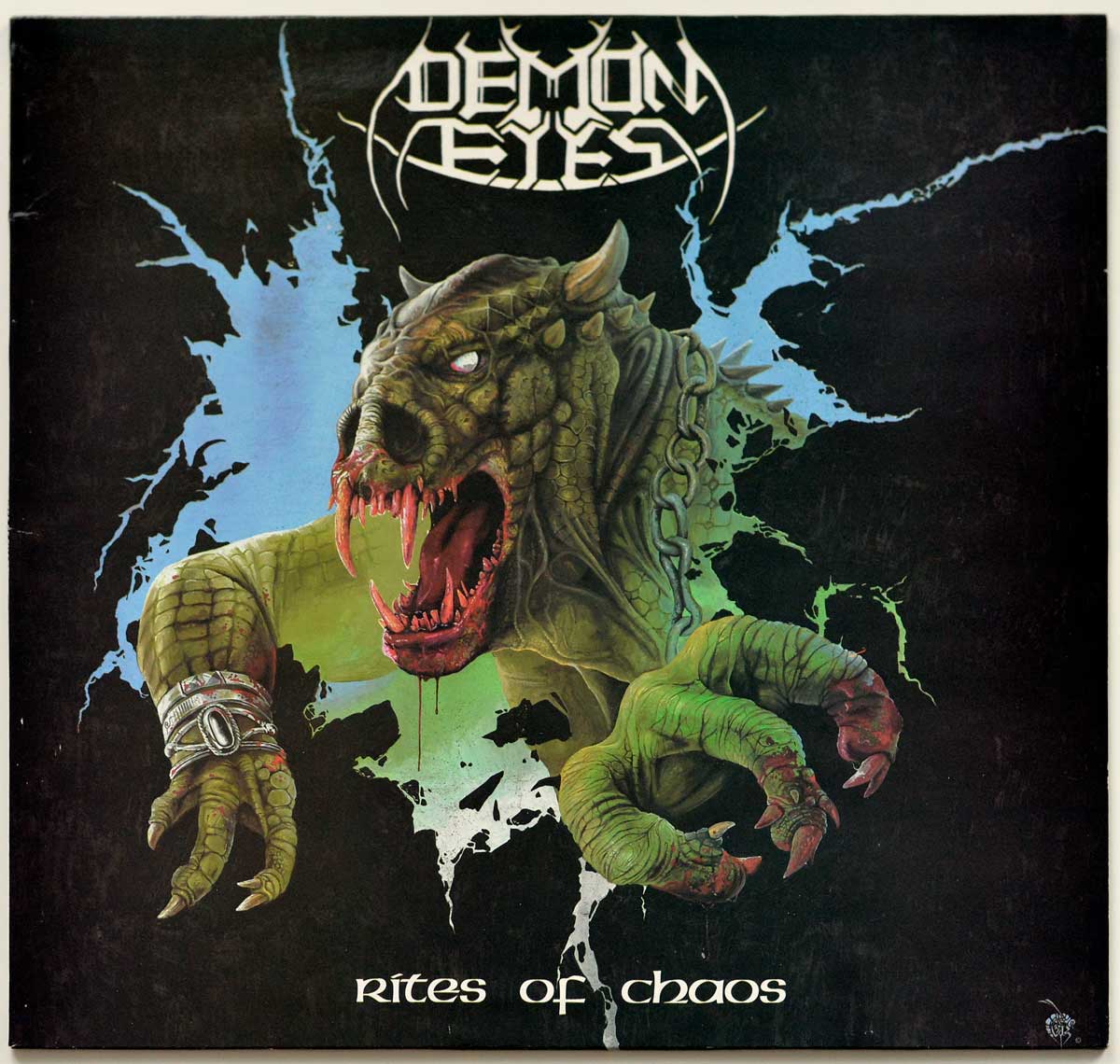 Photo Of The Back Cover DEMON EYES - Rites Of Chaos ( Ebony ) 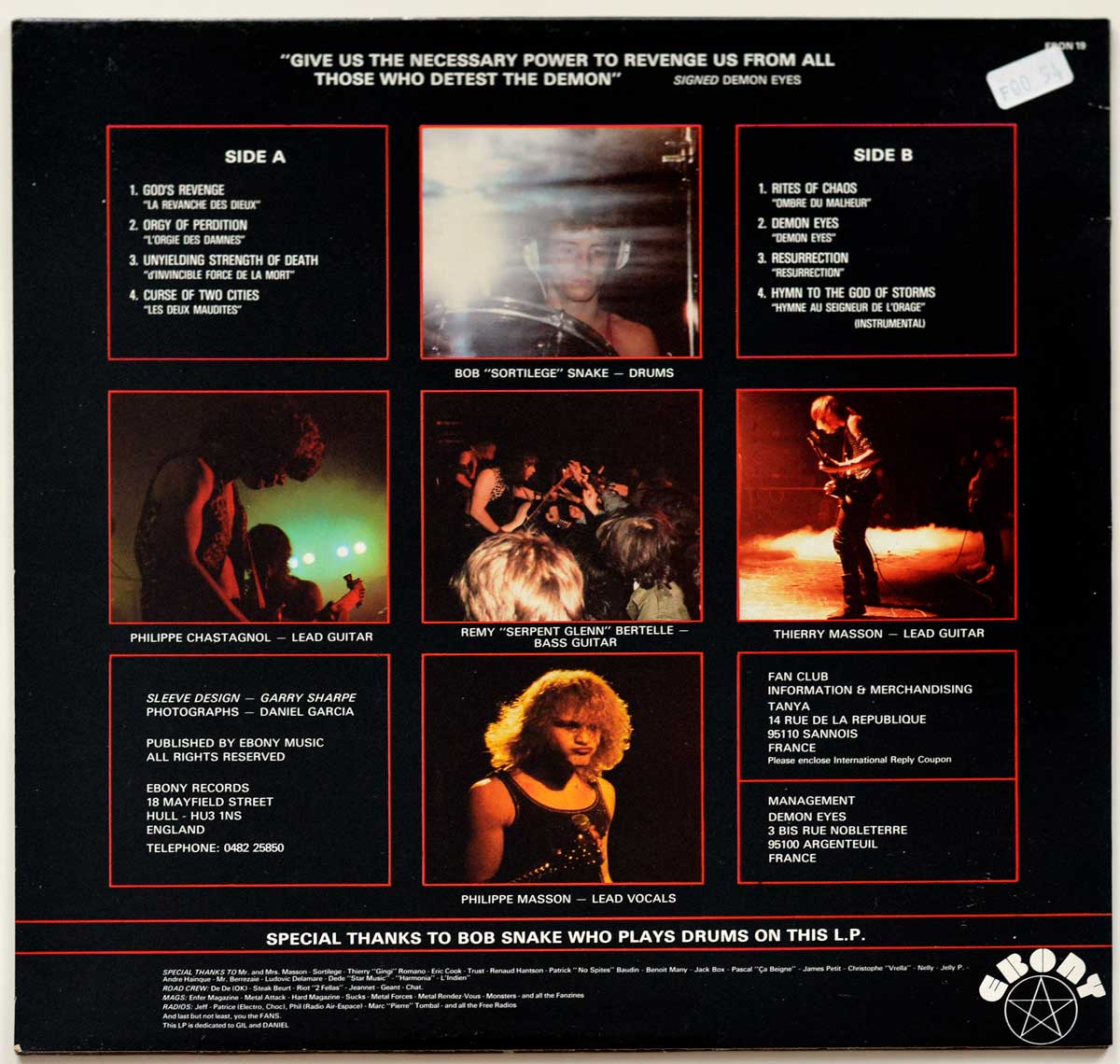 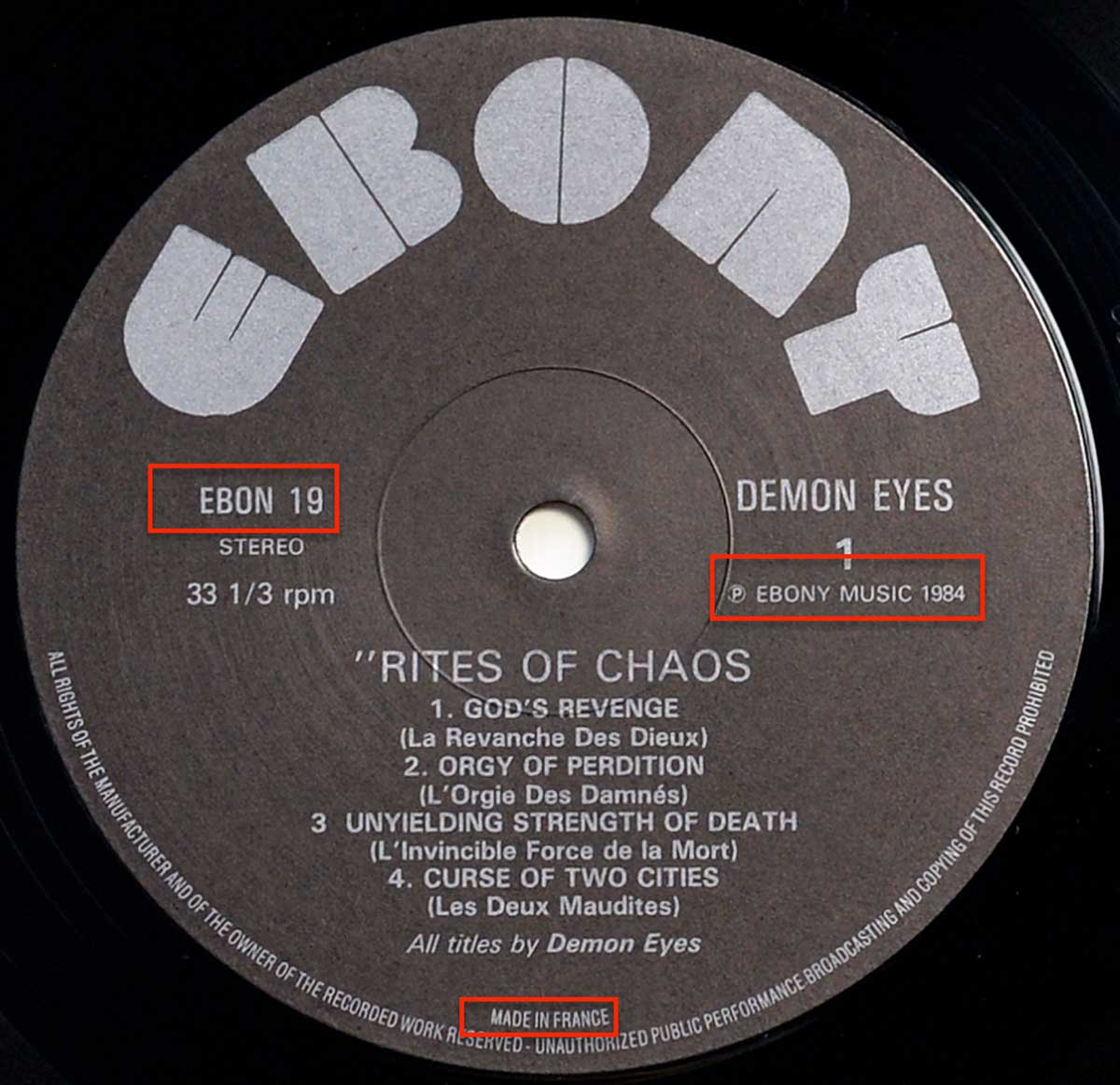 Photo of Side One: DEMON EYES - Rites Of Chaos ( Ebony ) 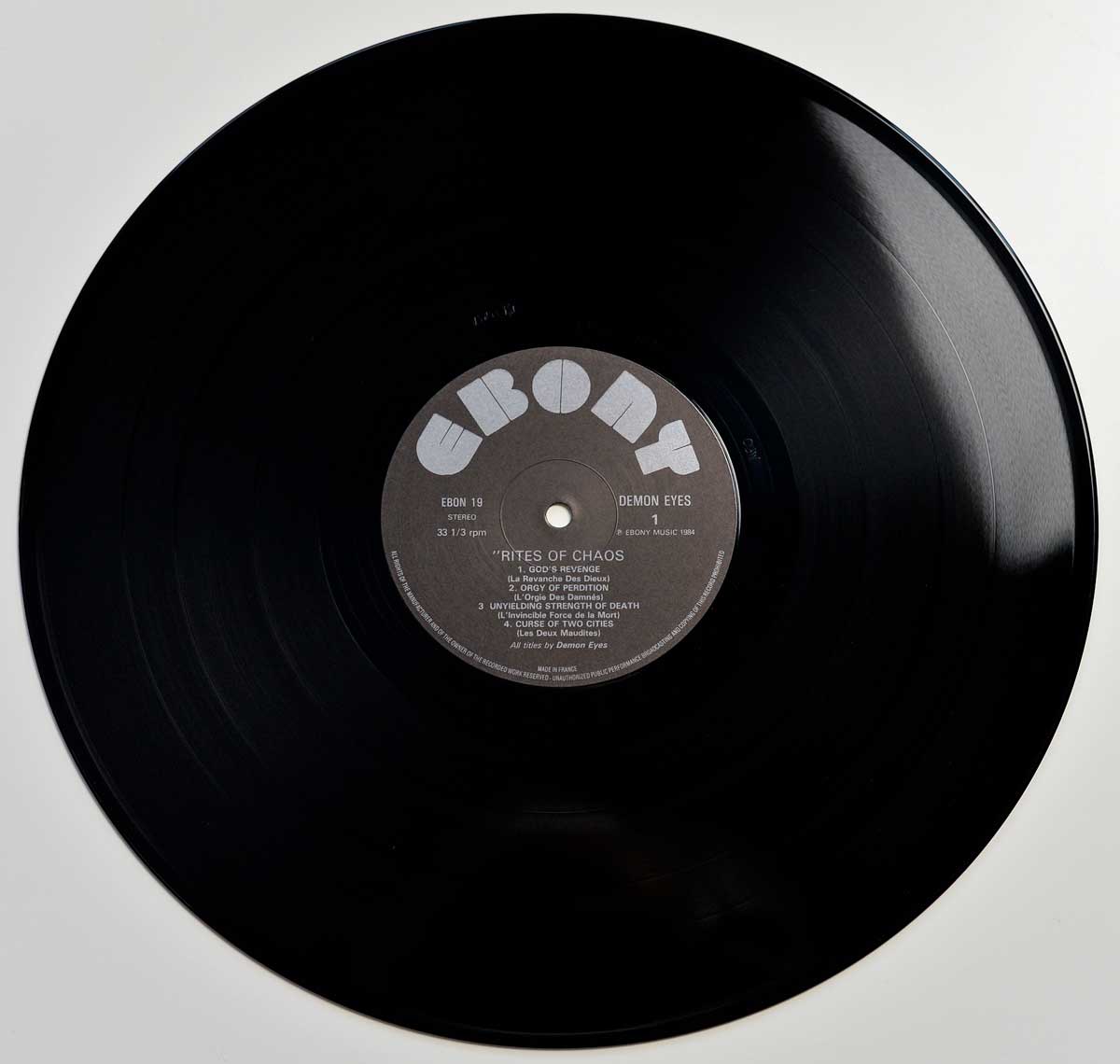 Photo of Side Two: DEMON EYES - Rites Of Chaos ( Ebony ) 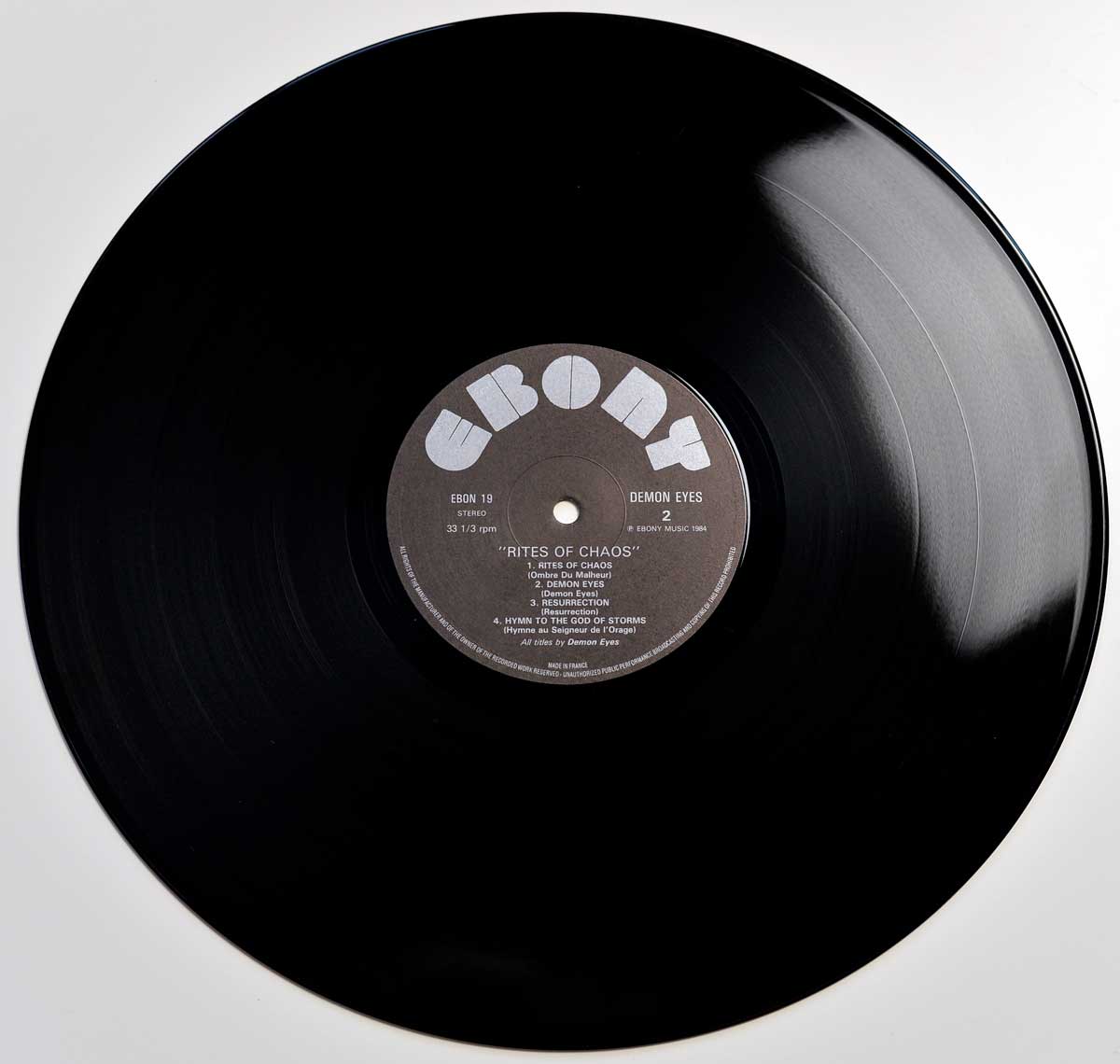