ALBUM: "Circle of Dead Children" is a Death Metal/Grindcore band founded in the year 1998 at Washington,Pennsylvania in the USA , "Human Harvest" is their second official studio album and was released in 2003. This album "Human Harvest" includes the original custom made inner sleeve (OIS) with album production details, complete lyrics of all songs by and artwork/photos 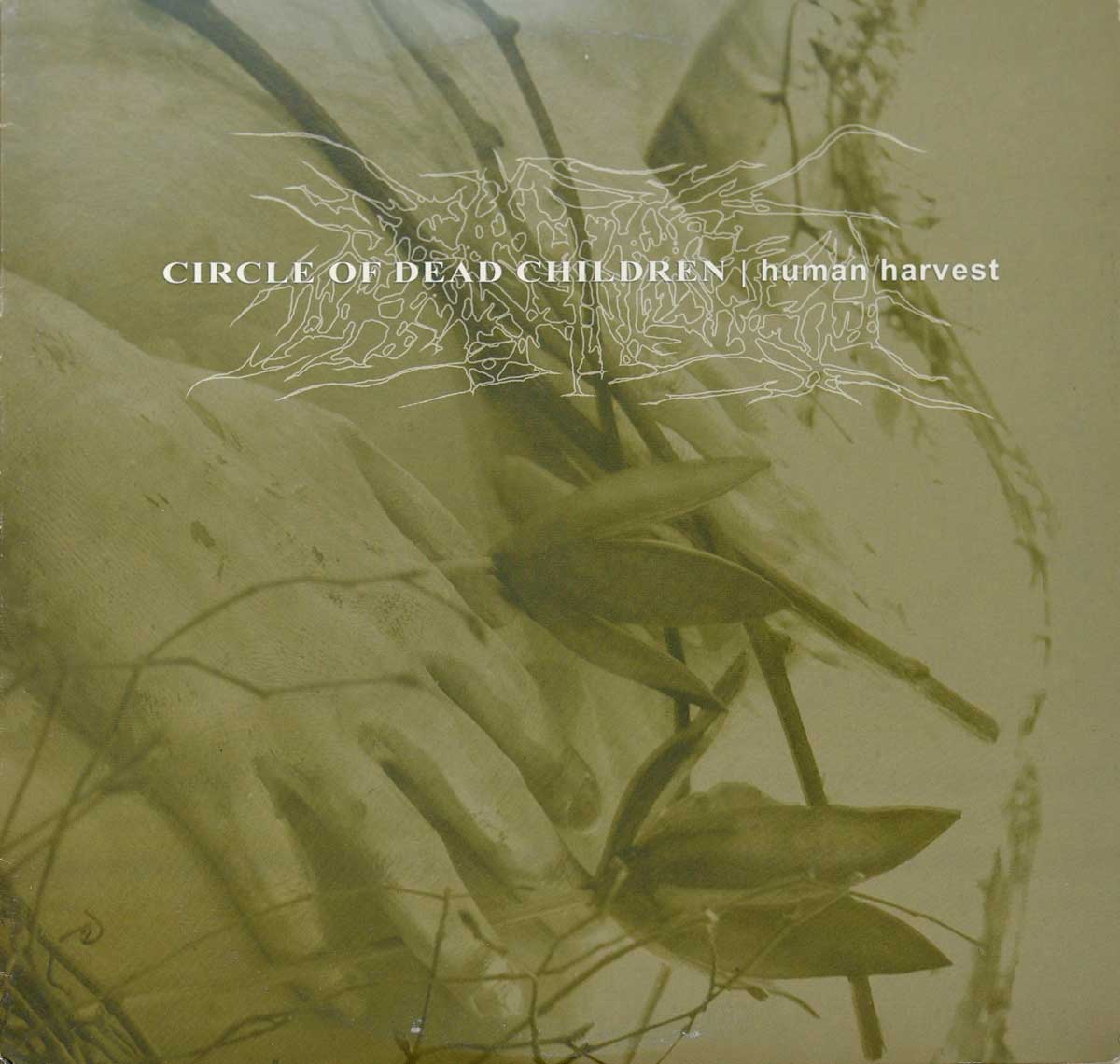 This album was recorded at: Austin Enterprise, Clinton, MA, February-March 2003.

Transcript of the liner notes with thoughts on 9-11

So much has taken place since our last recording. For CODC we've experienced significant changes in our lineup. shifting from a five-piece to a three-piece complete with a new drummer and void a bass player. The degenerate side of what people call business side into our life but scum like that must be shed. As individuals some of us have experienced some of our lives most ugly weather this past year or so and it rained and rained and rained through one type of emotional discomfort to the next. Store a lot. Vent a little. Store a lot. Vent a little. As an entire country we have encountered the emotional blow from the September 11 tragedy and tried to understand its causes and impact ever since. As a world we are now left on our guard. beholding a new war and the day-to-day revelations it reveals. Will this lead to the absolute cleansing of humanity or was it just another strategic move by The Imperial Empire of America and it's closest allies in its merciless and unceasing quest for global dominance and manipulation? 'Human Harvest' is the spit from our tongues and bile from the bottom of our guts the sonic product of these experiences and emotions.

ACHTUNG! This record may contain backwards and/or hidden messages.

Musicians on: CIRCLE OF THE DEAD CHILDREN - Human Harvest

Track-listing of: CIRCLE OF THE DEAD CHILDREN - Human Harvest 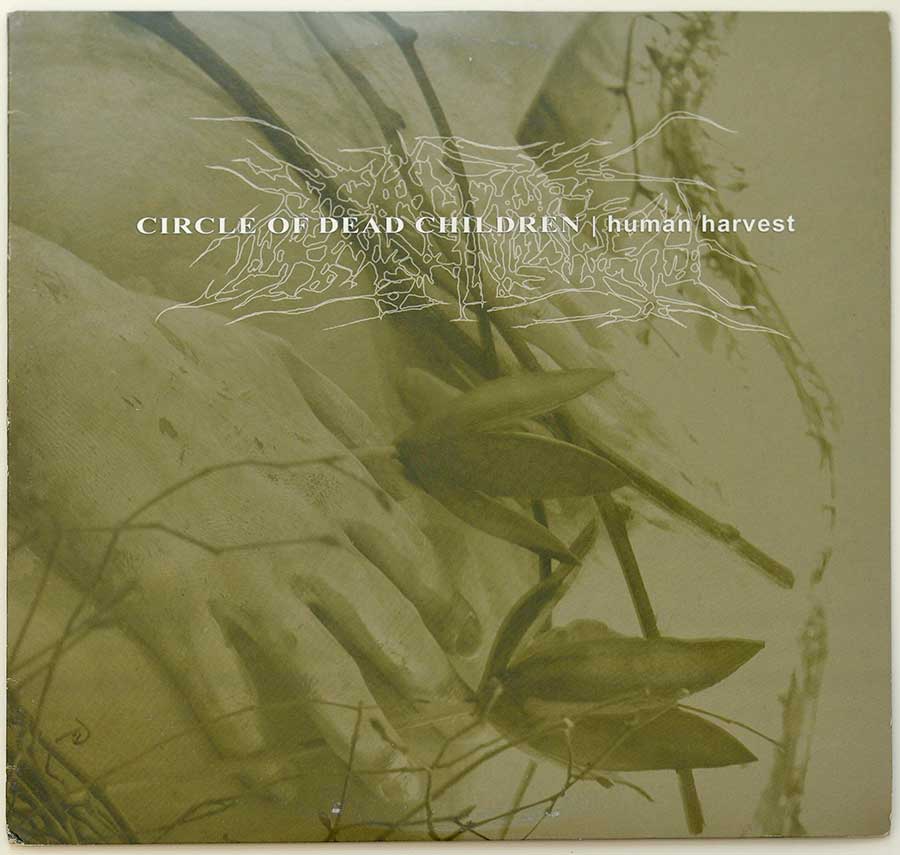 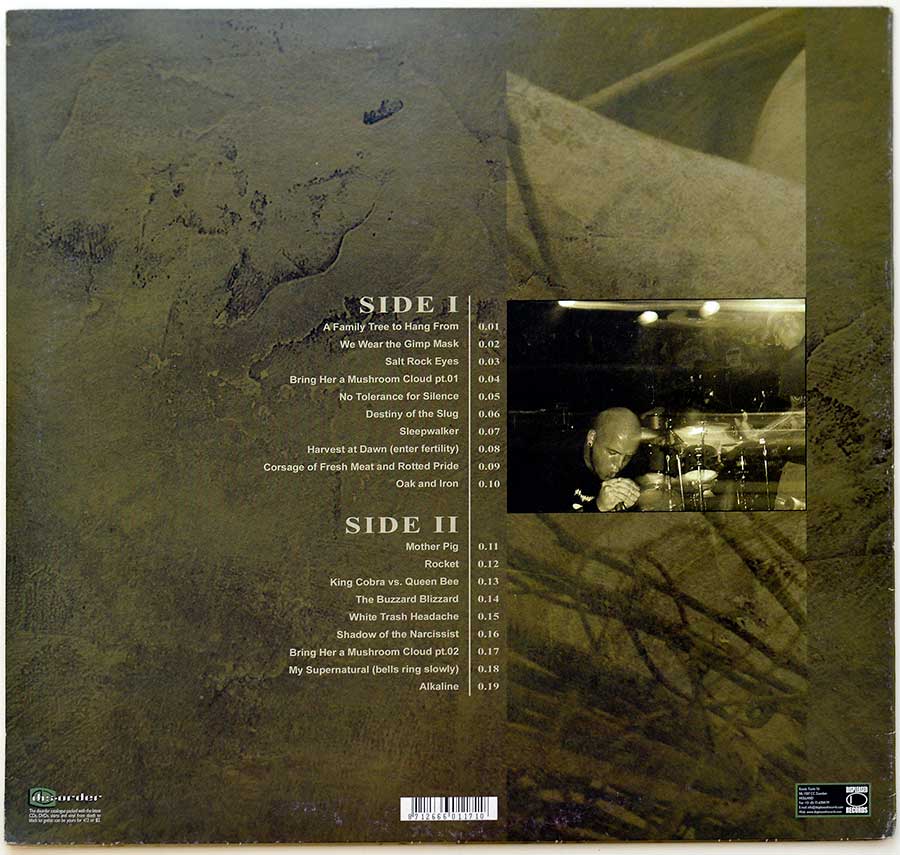 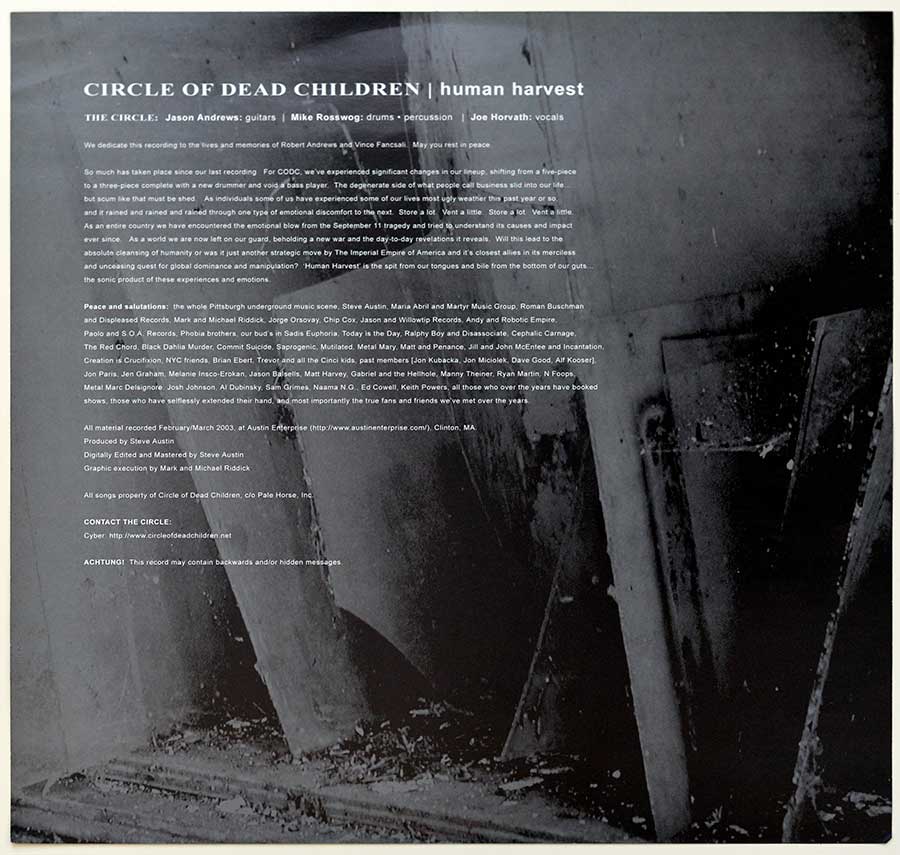 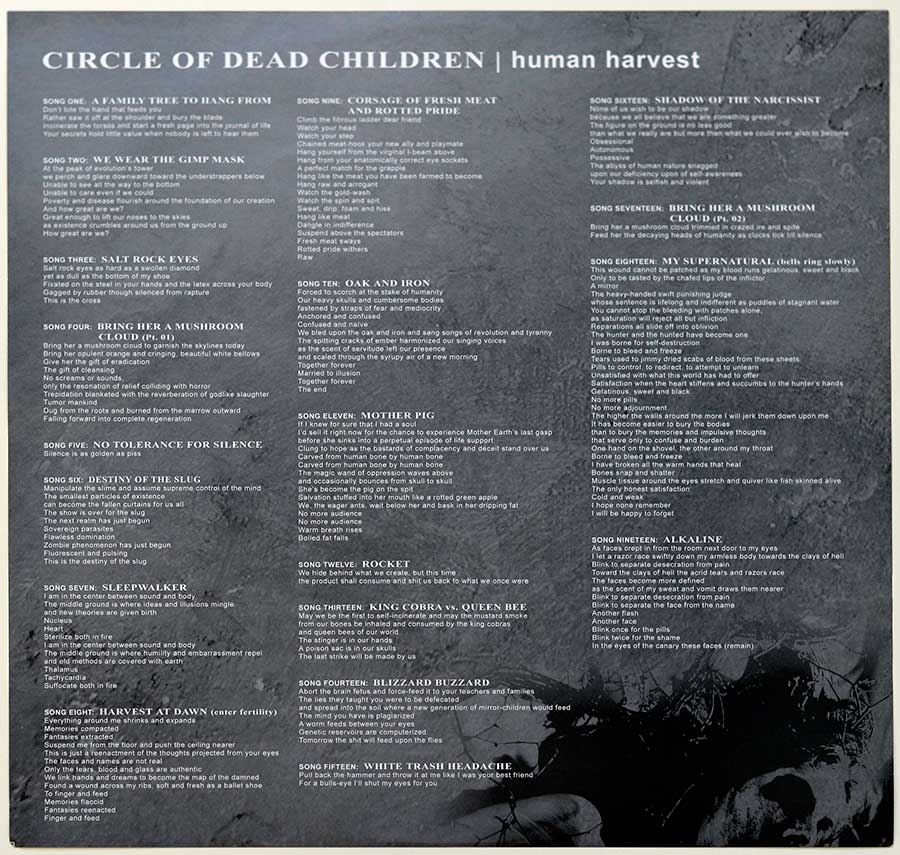 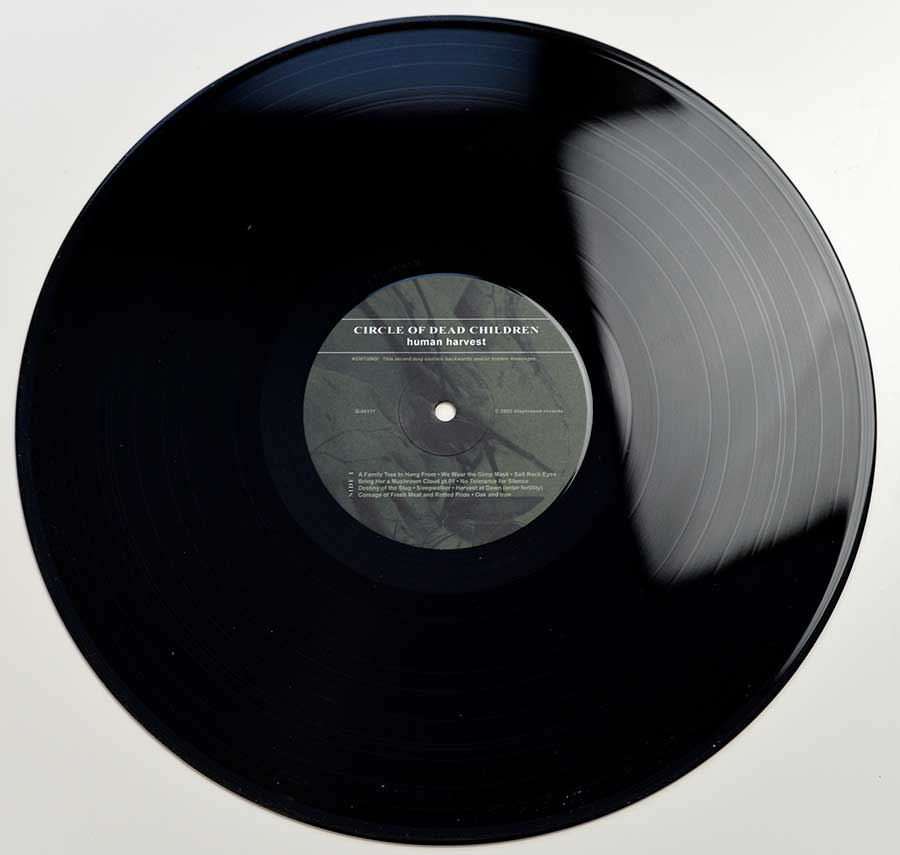 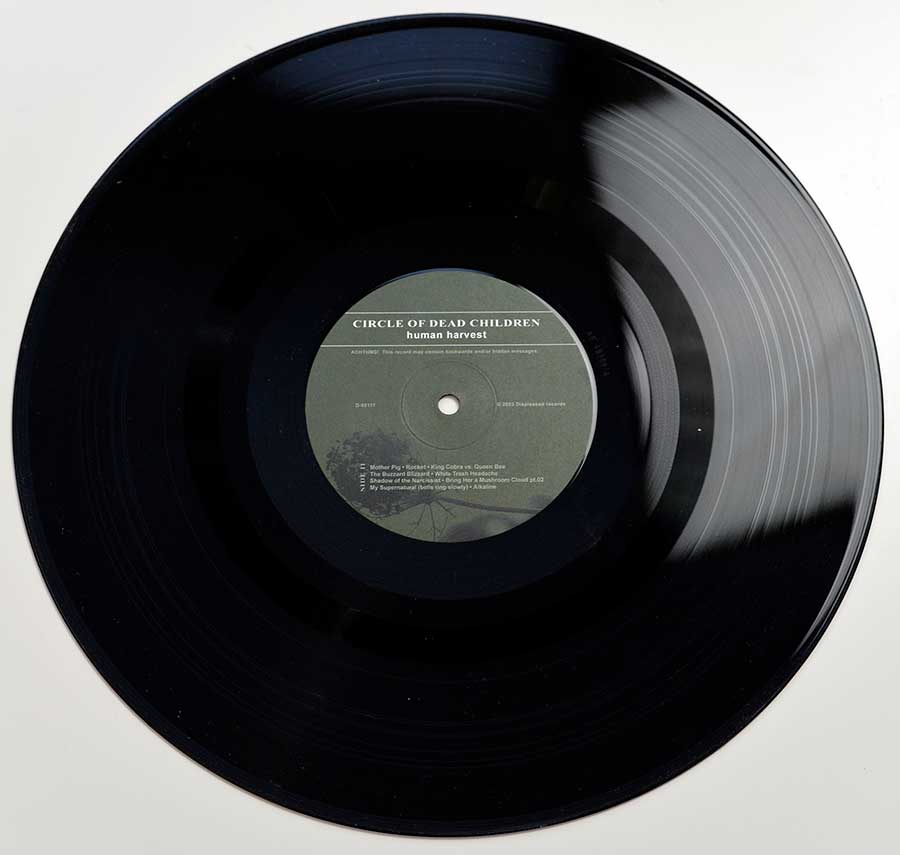