Album Description:  The illustration on the album front cover of "Metal Marathon Part 1 The Heavy's" is drawn in a the style of the Japanese Illustrator Sorayama Hajime This album was produced by J. Lacross, Jürg Naegeli and R. Weiss. The origin of the tracks on this record is unknown. "The Heavy's" is a compilation album with cover Hard Rock / Heavy Metal songs and was released in 1989. The band who recorded this was "The Heavy's" It was produced at Pink Tonstudio, Switzerland and Swatch Hardwear watches. After the success of this first album, several other compilation albums with covers of rock songs were released, these release include: "Metal Marathon" and "More Metal Maraton". While the first album was released on the "BMG Records" label, subsequent album were released on the "Ariola" records. 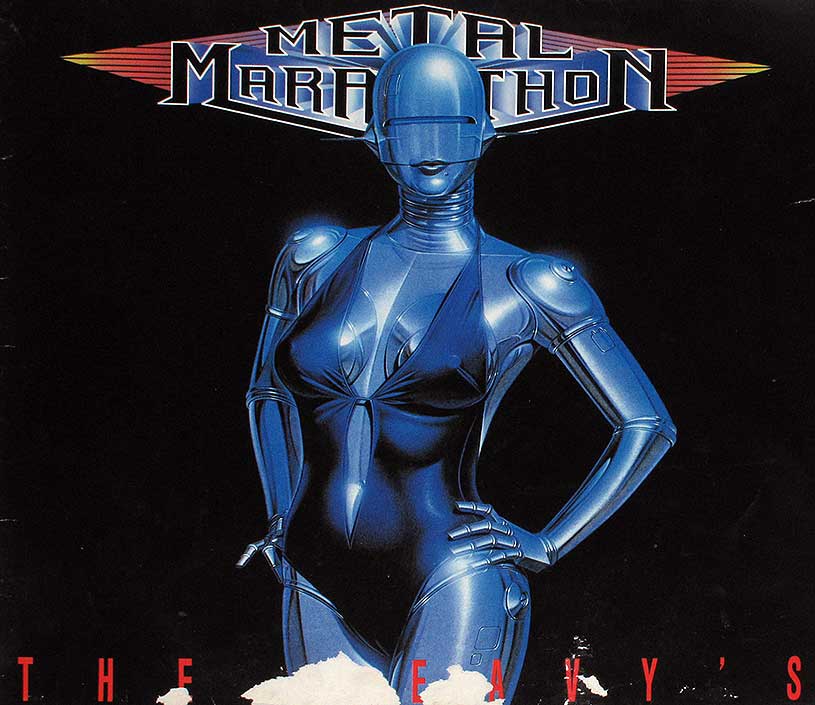