Slade's "In Flame" was an album by the British glam/hardrock group Slade released on November 29, 1974. The album contained songs from the film of the same name. This web-page has hi-res photos of the album covers, record label and a detailed description. 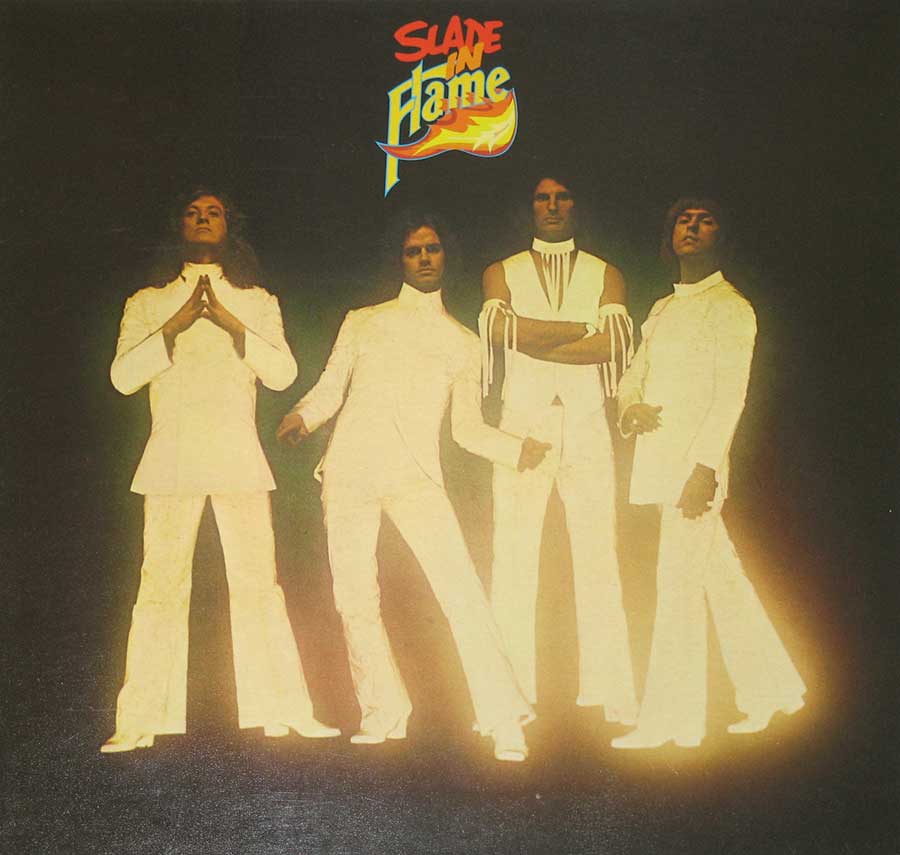