Vinyl LP Store for bandnames starting with the letter "W"

"Total Death" is an EP (Extended Play) record from the NWOBHM Metal band "Warfare". The band-members at the time of the recording include EVO, Falken and Gunner.

"WARFUCK - Neantification (Clear Vinyl)" is the second album by this French grindcore band,

This is the Limited Edition Picture Disc release of “Live Animal F*ck Like A Beast” is an EP ( Extended Play ) by the Heavy Metal band W.A.S.P recorded during 1984 until 1987.

Watain is a Swedish black metal band from Uppsala, formed in 1998. "Sworn To The Dark" is their third official record, this is the limited edition of 500 copies issued as two LP's pressed on white vinyl. 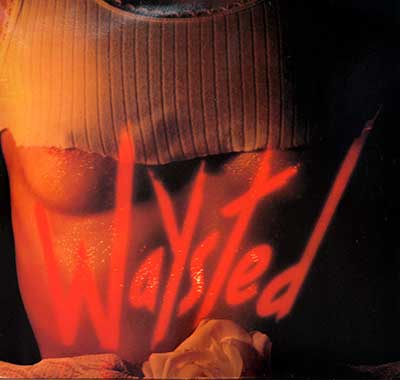 "Waysted" is "Waysted's" second recording and follows up on their debut album "Vices". "Waysted" has been produced by "Leo Lyons" (Leo Lyons is better known as bass-player in the British Rock band: "Ten Years After".)

This is the first album by "White Zombie" citing Rob Zombie. "Make Them Die Slowly" is the second full length album by the American Heavy Metal band "White Zombie". It was produced by Bill Laswell

WILDFIRE was a British Heavy Metal (NWOBHM) from London, England. This band was active from 1982 until 1985, during this period they released two official-full length albums (and two single's): "Brute Force And Ignorance" in 1983, while "Summer Lightning" was released in 1984. Lead Singer of the "Wildfire" band is "Paul Mario Day" who started his career with the British Heavy Metal band "Iron Maiden".