Vinyl LP Store for bandnames starting with the letter "K" 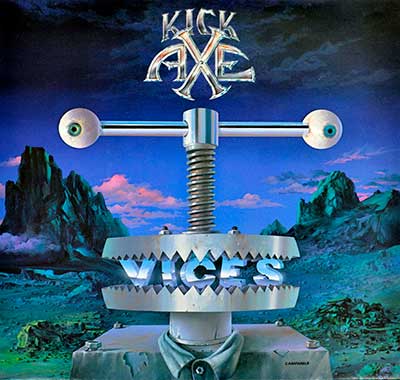 KICK AXE - Vices, is the debut album by this Canadian Heavy Metal / Hard Rock band. The vinyl version has been released on the Pasha label in Canada and the US, while in Europe this album was distributed by the EPIC record label.

"Thriller" is the second official full-length album by the Swiss Heavy Metal band "KILLER" it was released in 1982 and the last album with the original Killer-band line-up.

This is the third studio album by American hard rock band Kiss, released in 1975. It was produced by Casablanca Records president Neil Bogart, as the financial situation of the label at the time did not allow the hiring of a professional producer

"KRISIUN - Forged in Fury" includes the promo sheet of Century Media. Side 4 of this double LP album has NO music, and has been laser-etched.