"Thriller" is the second official full-length album by the Swiss Heavy Metal band "KILLER" it was released in 1982 and the last album with the original Killer-band line-up. 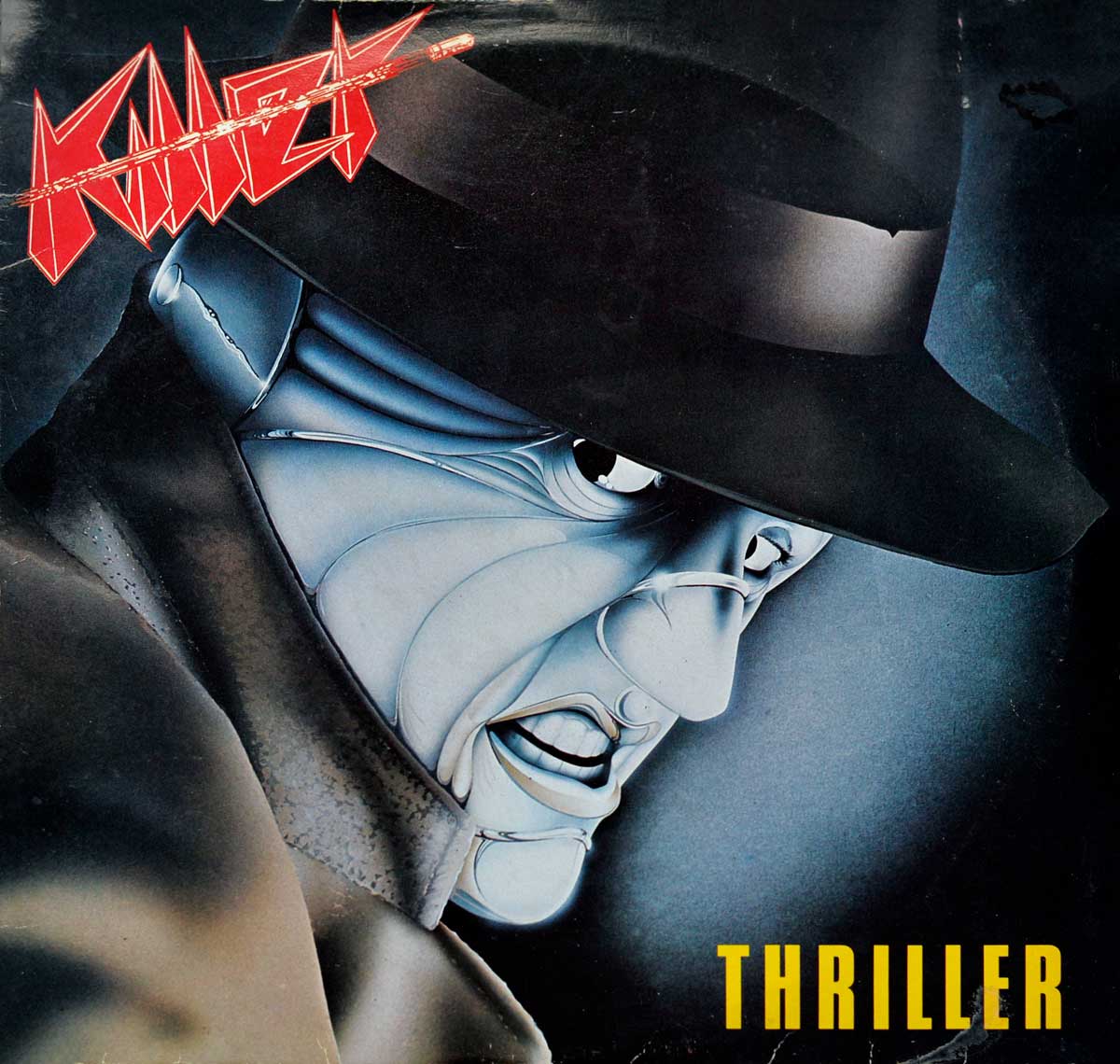 See detailed photos of the actual item on sale, further down this page

This album was recorded July 1982 at New Sound Studio, Switzerland

Corry Knobel - Backing vocals on "Prisoner of the Night" 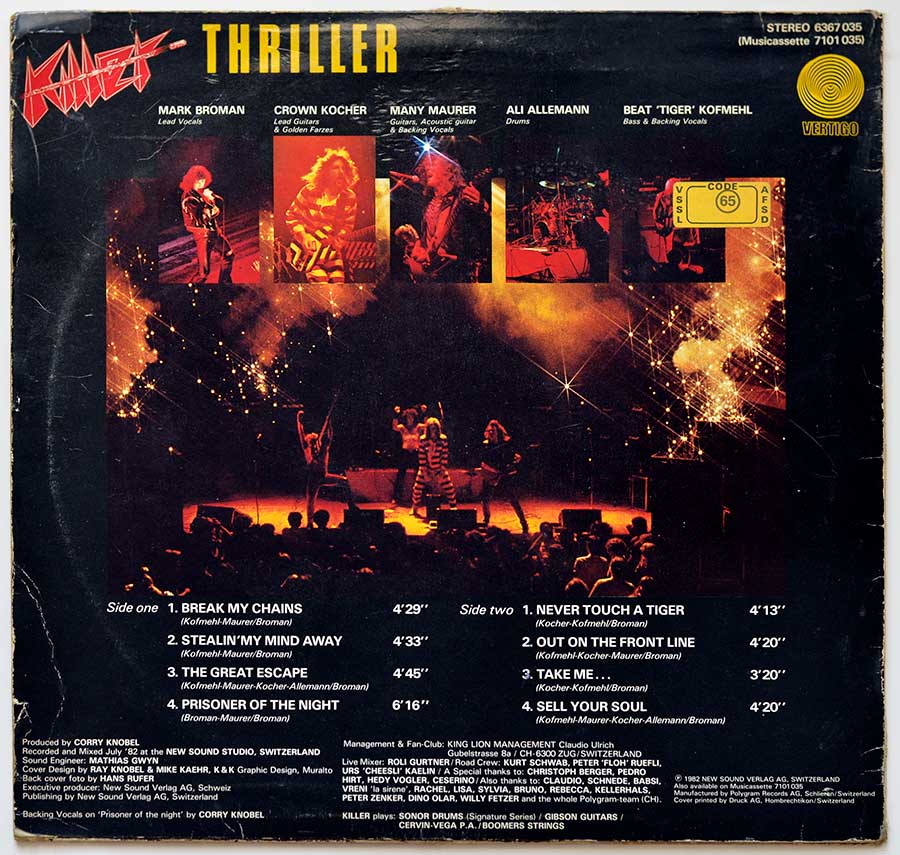 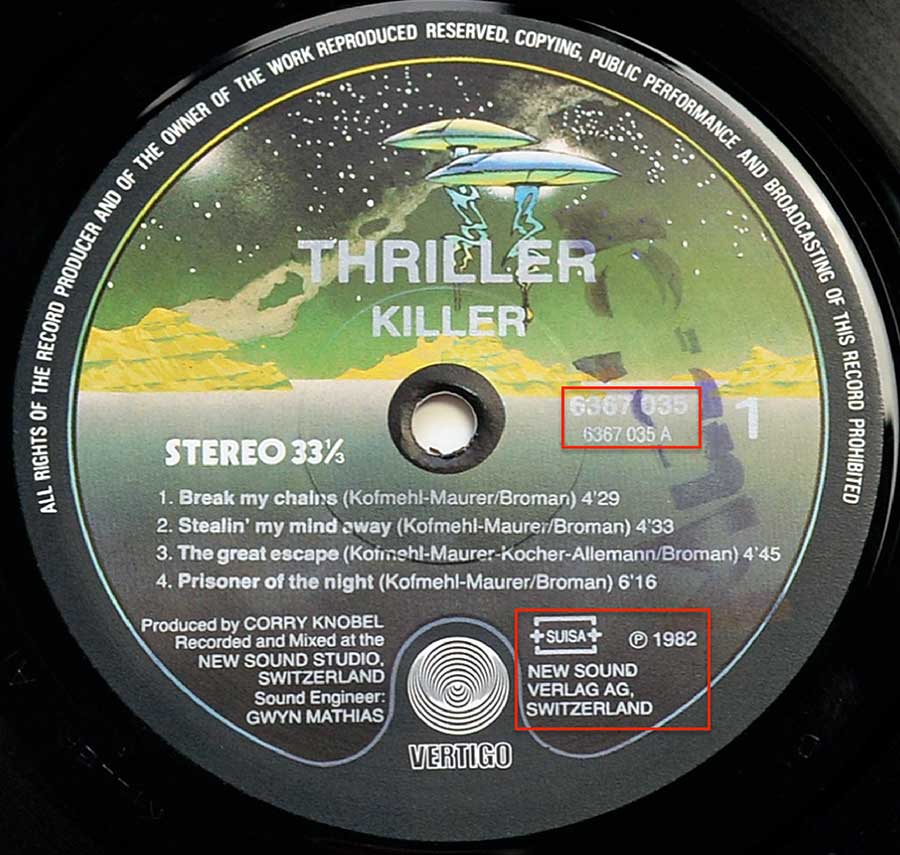 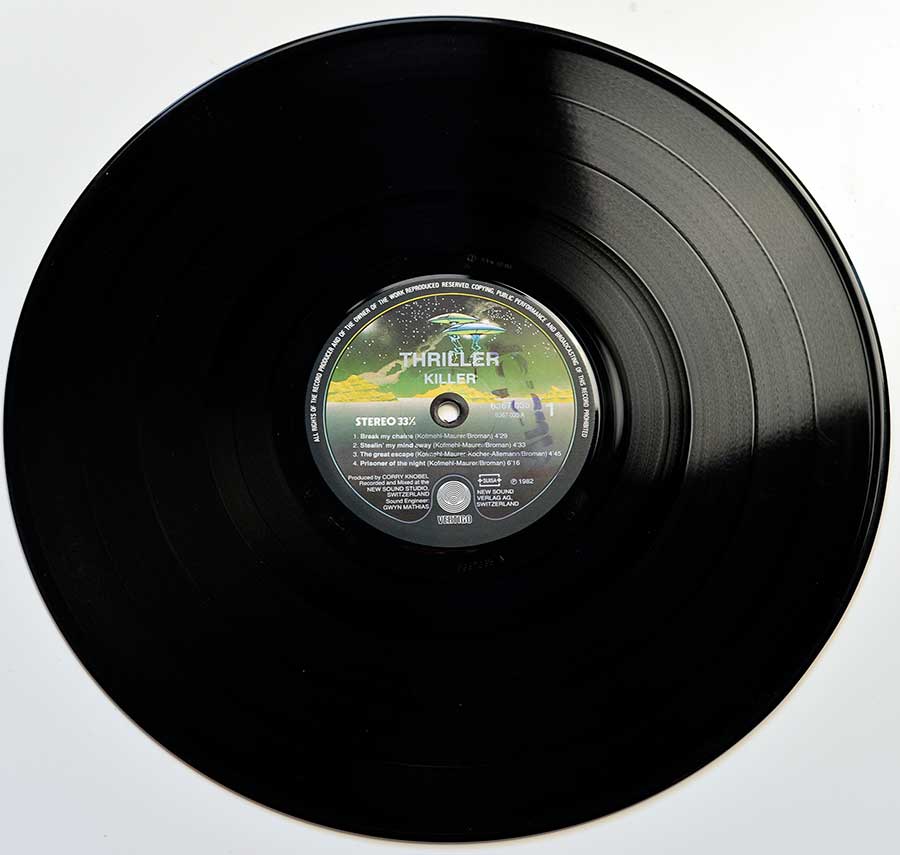 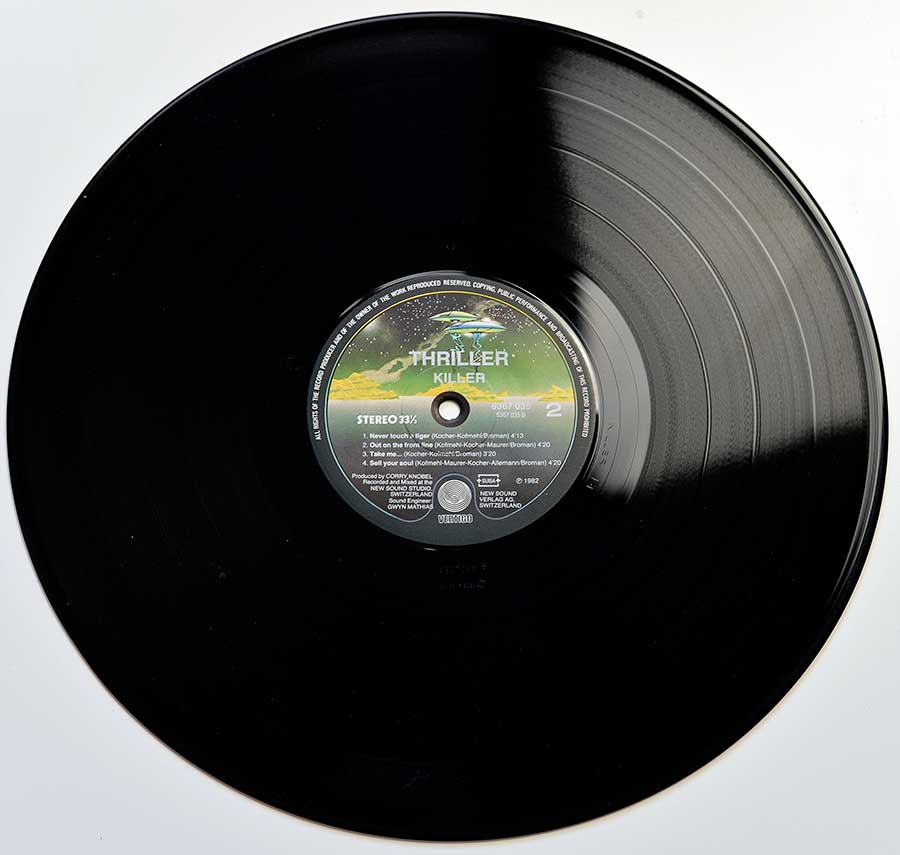