"The Miracle" is the thirteenth album by British rock band Queen, released in 1989. It was recorded as the band recovered from Brian May's marital problems and Freddie Mercury's AIDS diagnosis (which was, though known to the band, not publicised at the time). Recording started in January 1988 and lasted twelve months. The album was originally going to be called "The Invisible Man". This web page has photos of album covers, inner sleeves, record labels together with production details, musicians and track-listing. 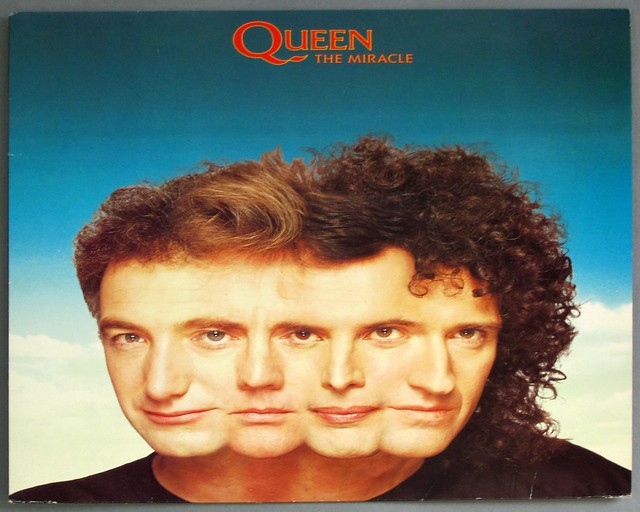