"The Final Countdown" is the third studio album by the Swedish hard rock band Europe. Released on 26 May 1986 through Epic Records. It was recorded at Powerplay Studios in Zürich, Soundtrade Studios in Stockholm, Mastersound Studios in Atlanta and Fantasy Studios in Berkeley.

This album "Europe - Final Countdown" includes the original custom inner sleeve with album details, complete lyrics of all songs by and artwork/photos

Bob Ludwig is an experienced and well-known mastering engineer, he has mastered thousands of music records. He has been vice-president of Sterling Sound, vice-president and chief engineer at Masterdisk and in 1993 owned his own mastering facility Gateway Mastering Studios, Inc at Portland, Maine. 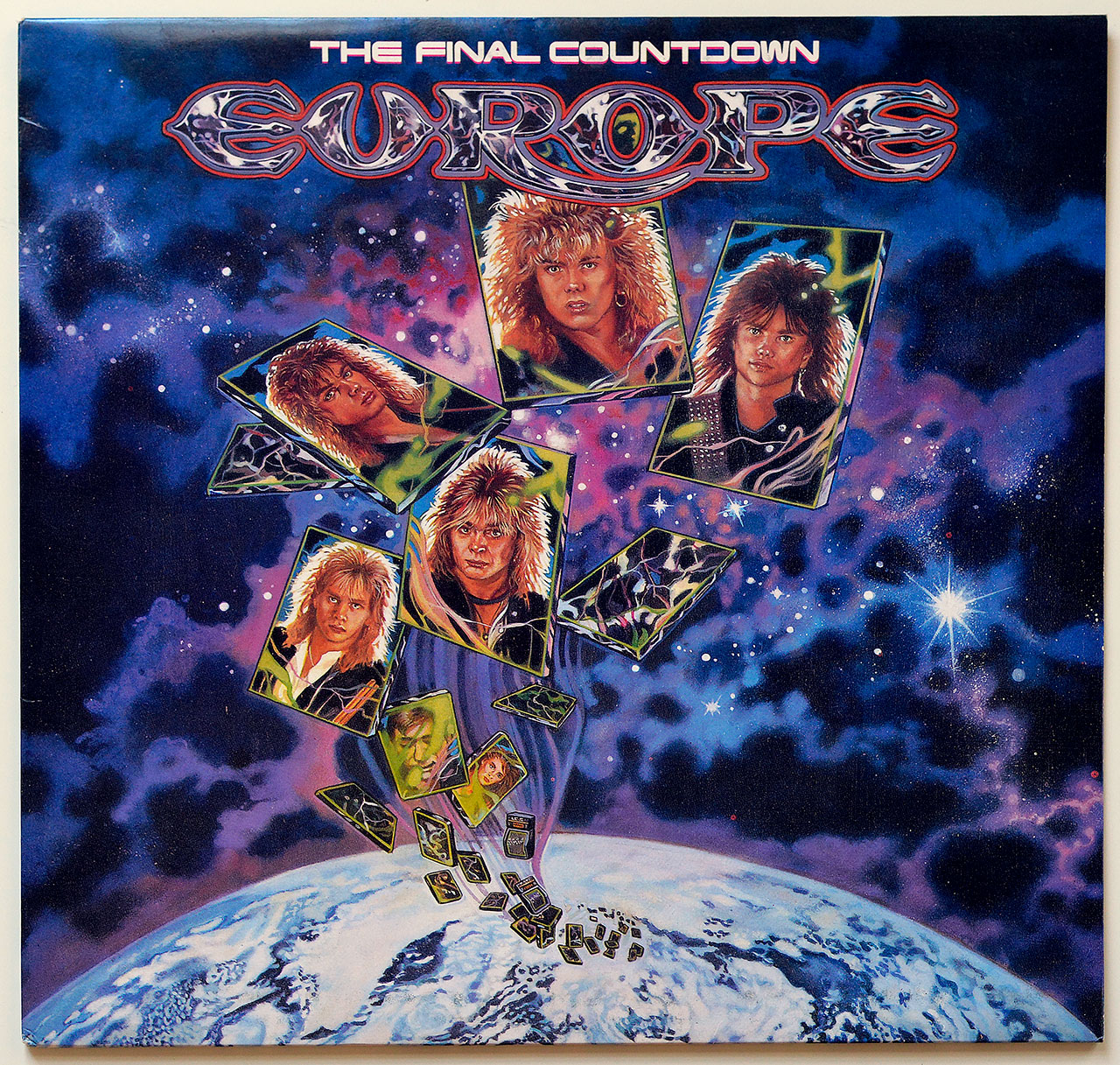 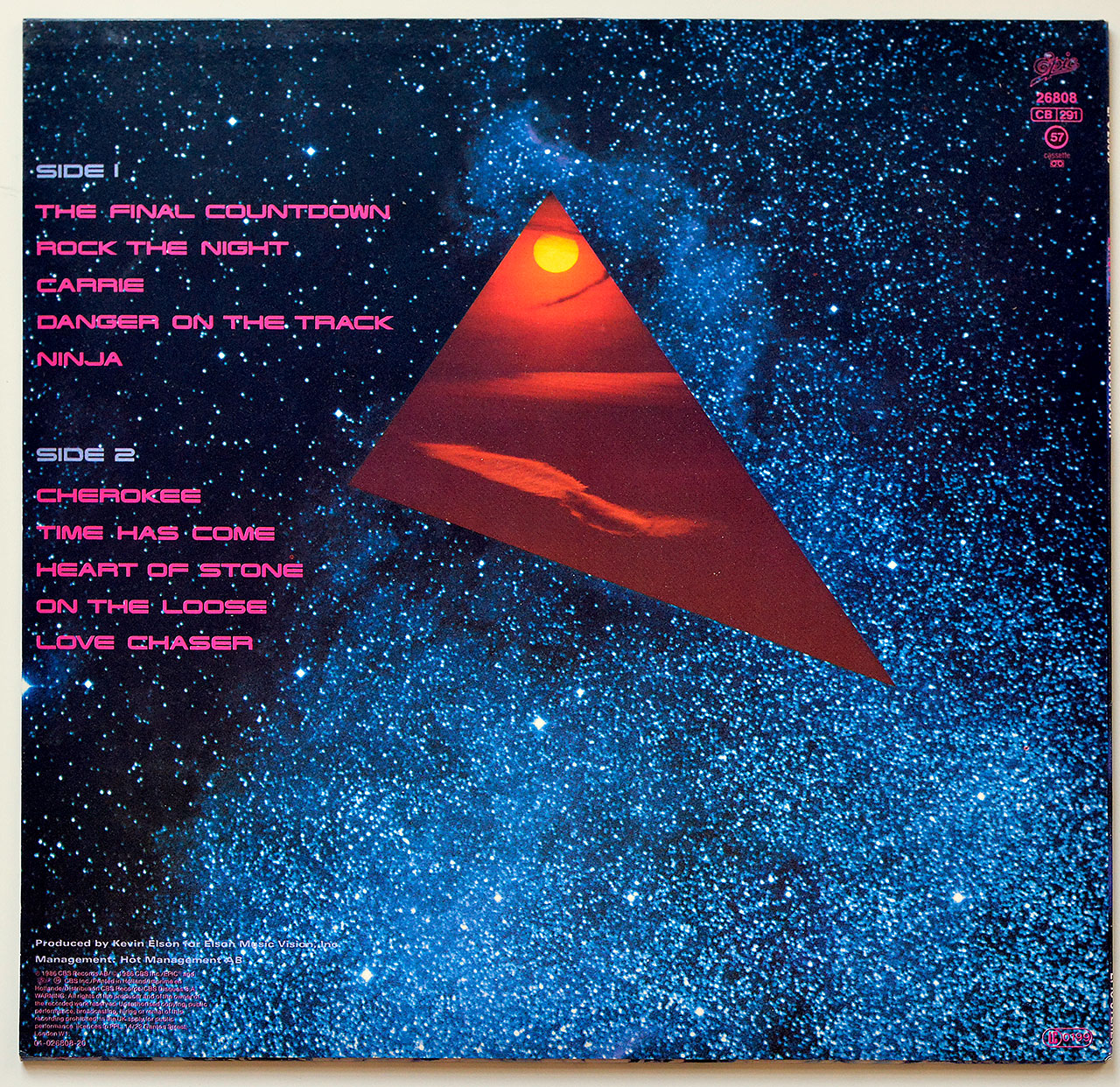 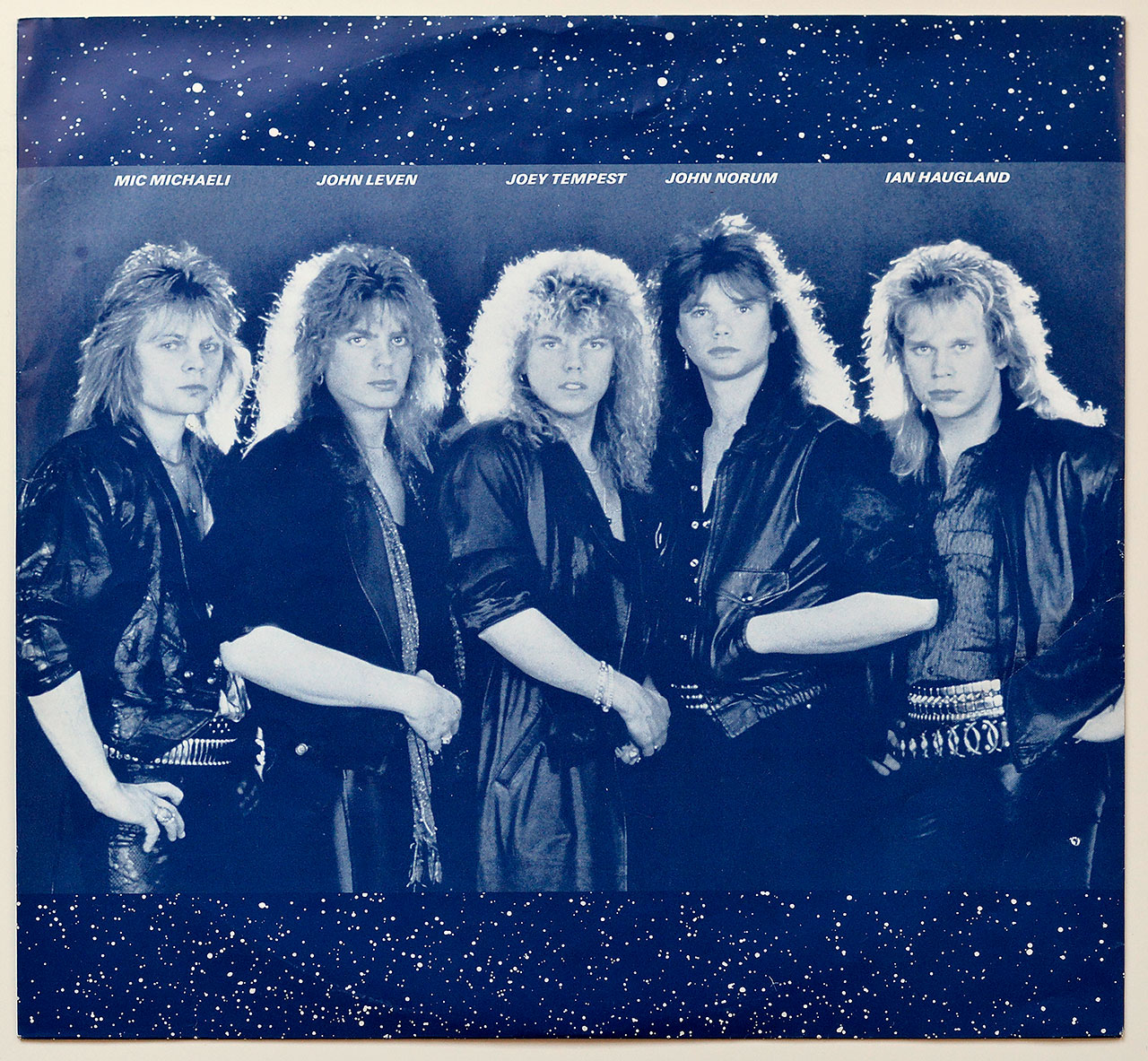 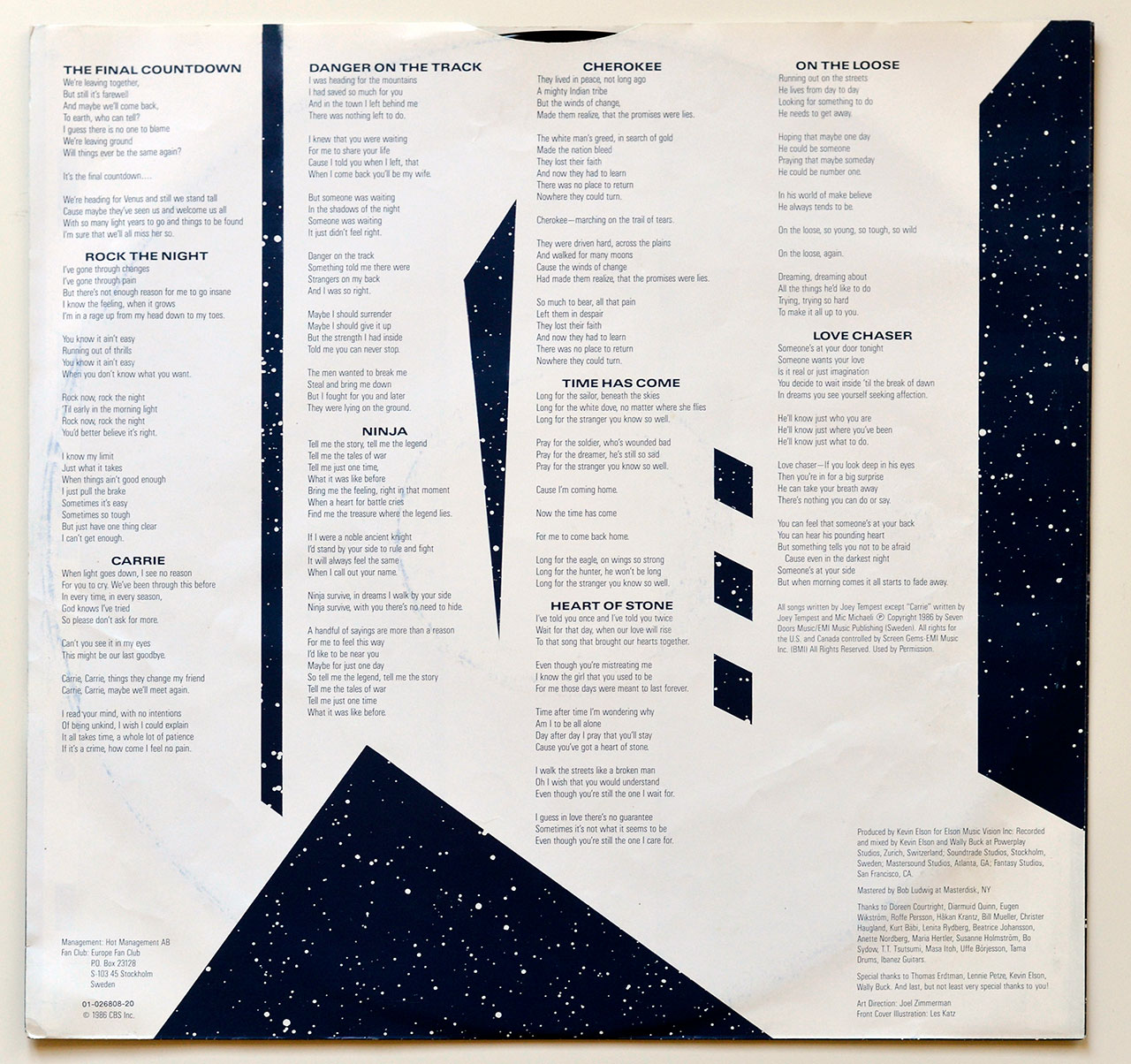 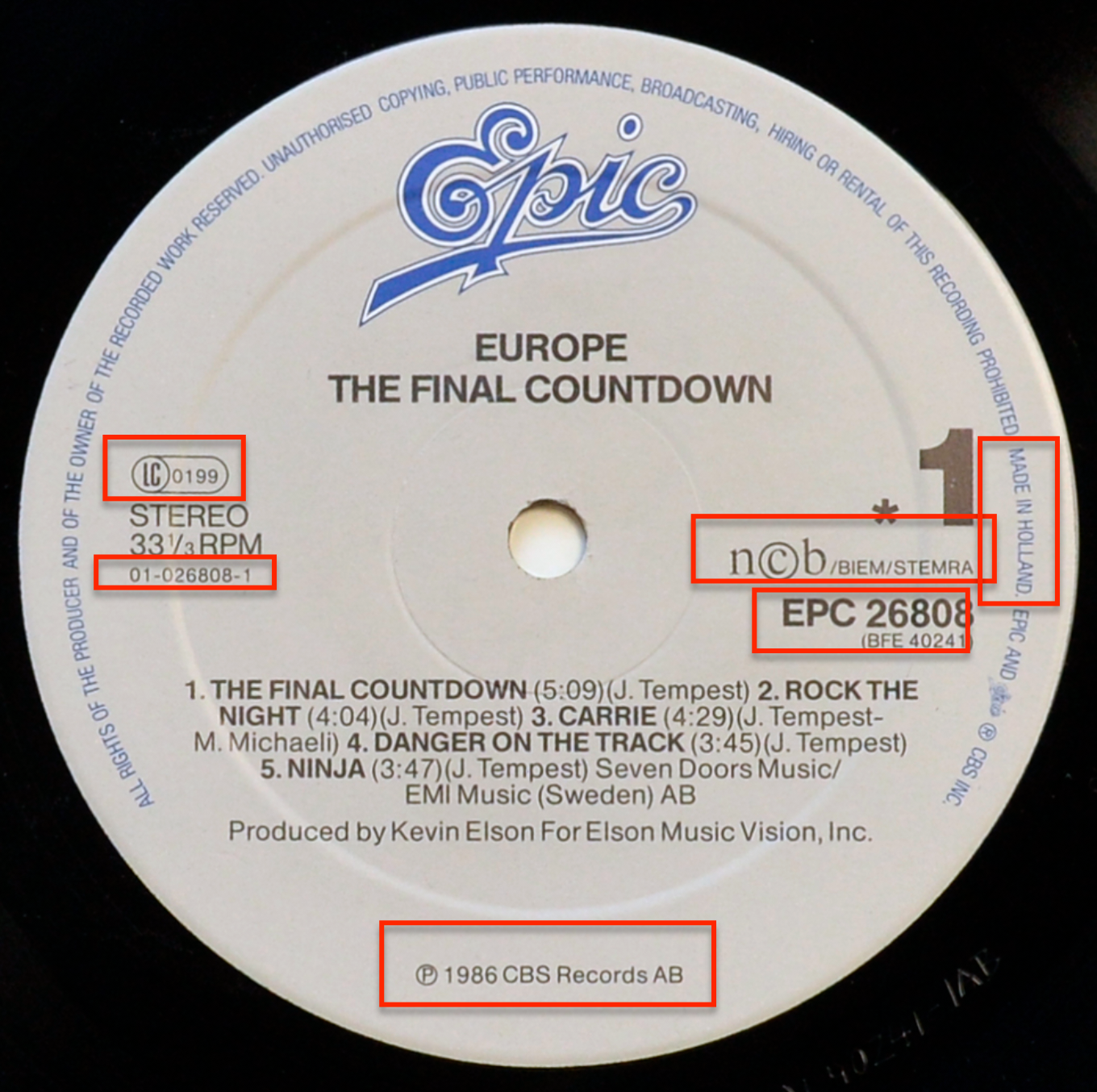 Photo of Side A Europe - Final Countdown 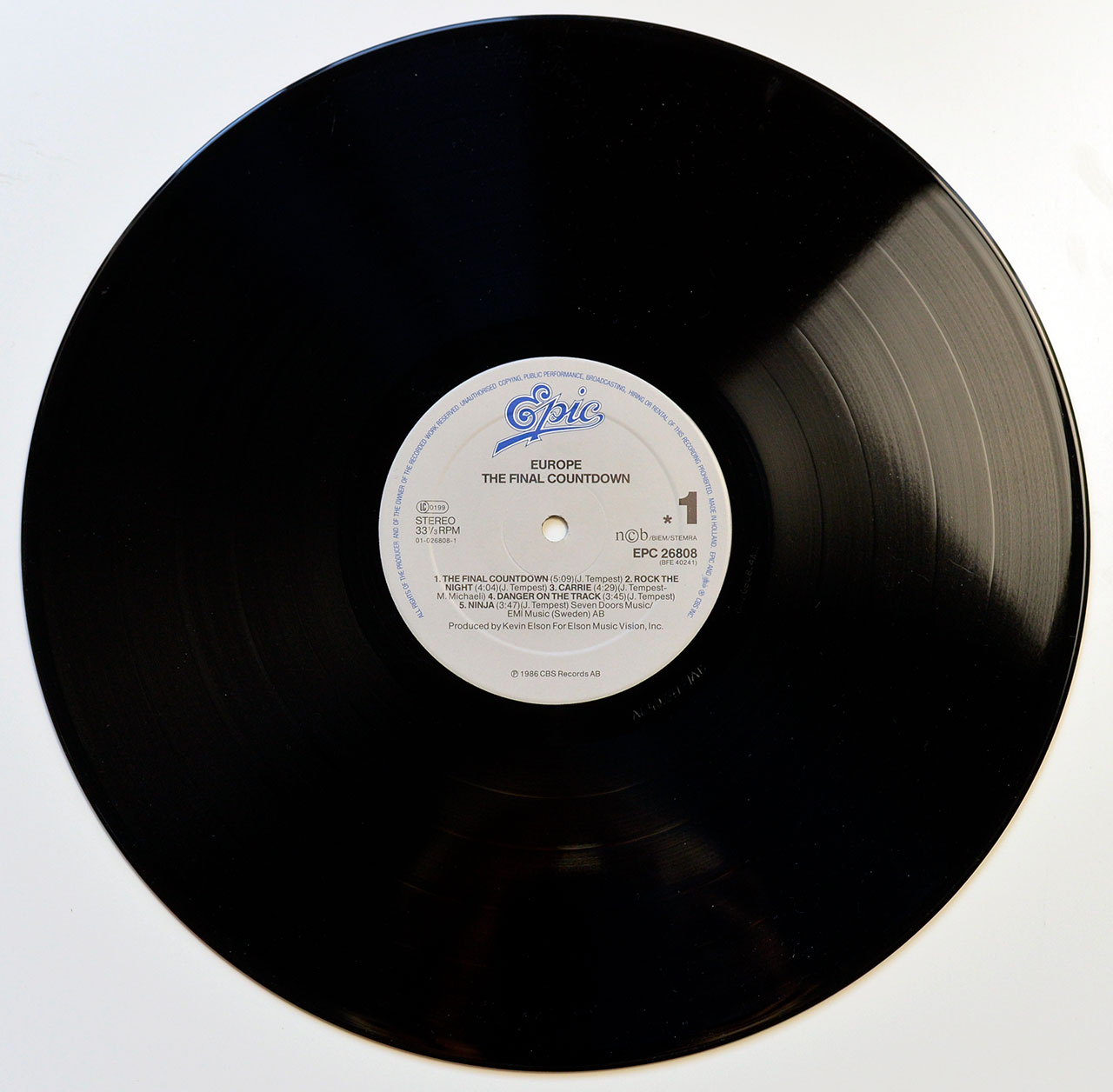 Photo of Side B Europe - Final Countdown 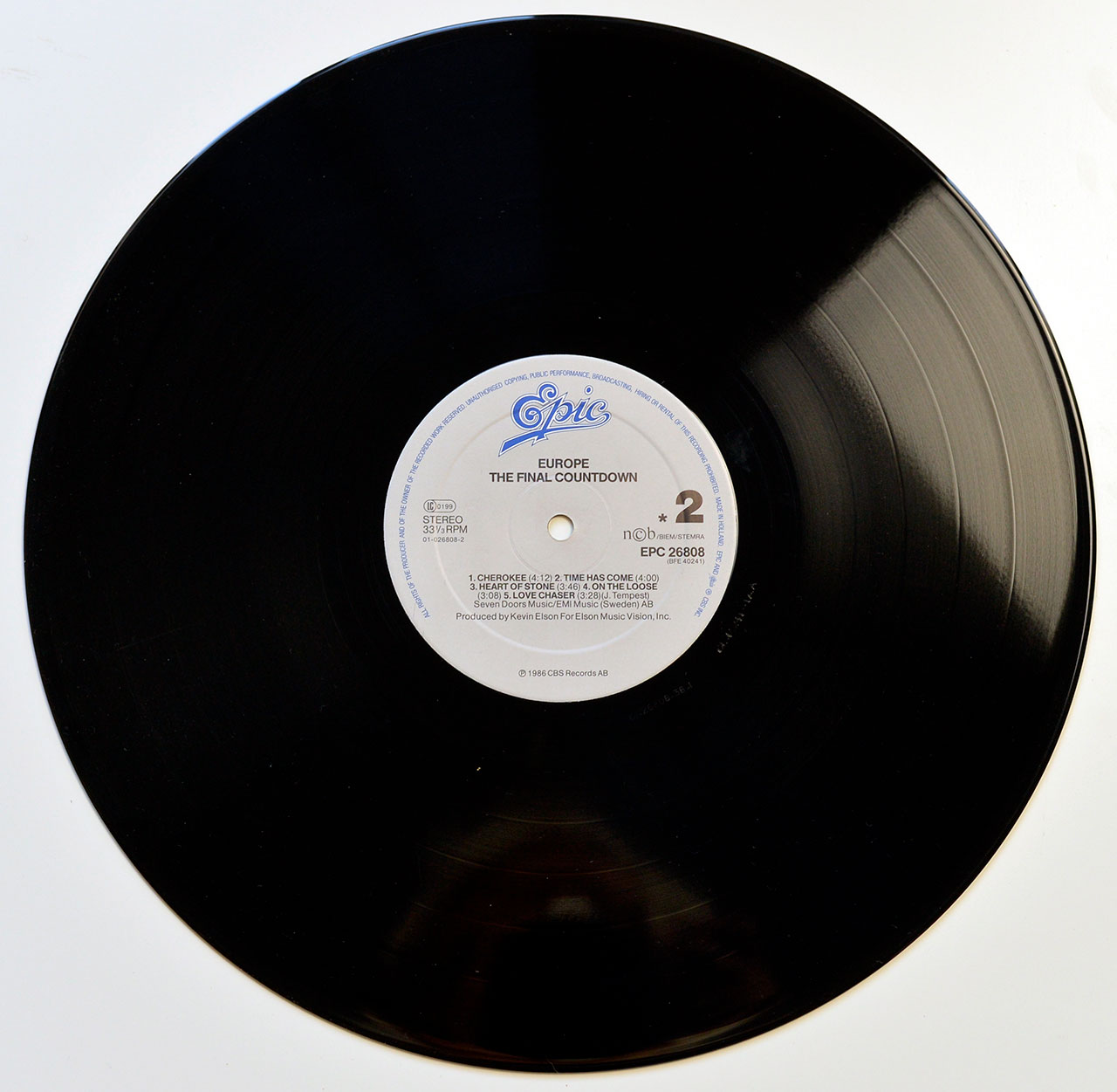